The Downtown De-Fence Project has been on a mission to liberate lawns in Toronto since 2002.

Started by Dave Meslin, a volunteer of the Toronto Public Space Committee and a self-described habitual political entrepreneur, the volunteer group offers free fence removal to any willing homeowner across the city. 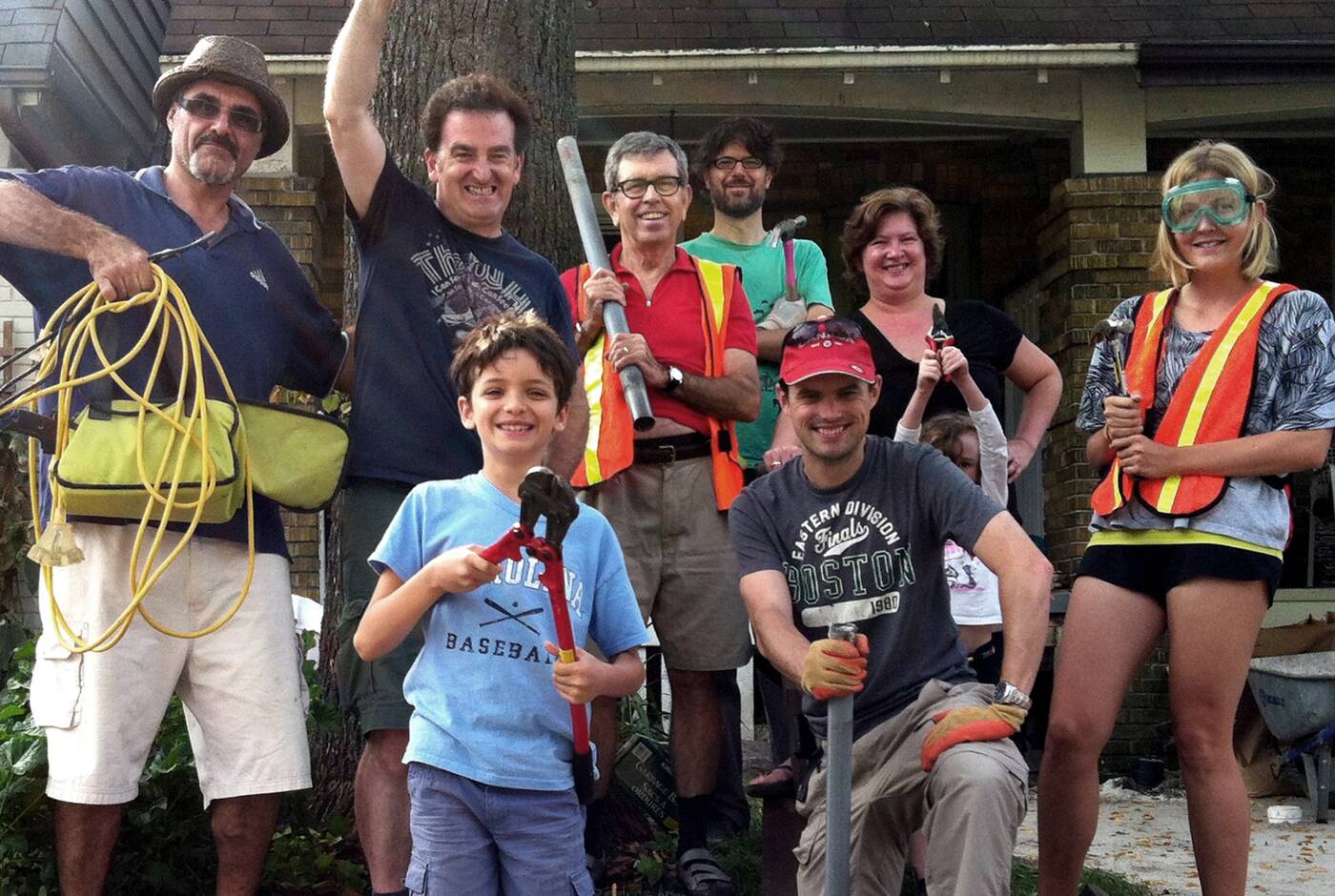 A family holding the remaining pipes of their chain-link fence after it was removed. Photo courtesy of Dave Meslin.

"Homeowners just have to send us an e-mail, and we'll organize a removal day. There's no cost for the property owner although we do accept lemonade and/or cookies," he told blogTO.

Meslin says he started the project while he was living on a particular strip of Clinton Street that was inundated with front yard chain link fences.

"Front yard fences are gross because they represent individual isolation and detachment, rather than a collaborative neighbourhood spirit," he said. 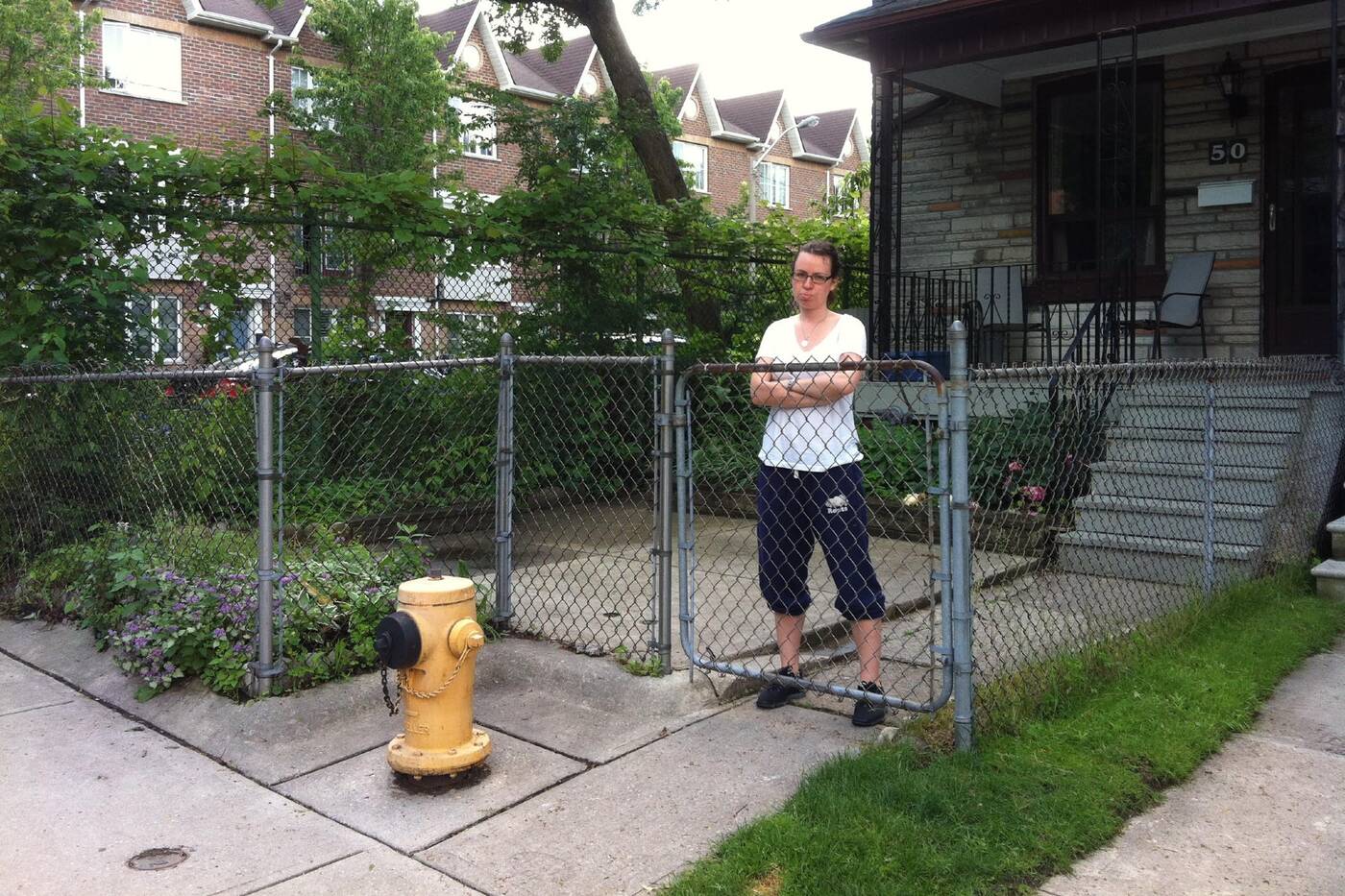 A before photo of a homeowner's front yard fence. Photo courtesy of Dave Meslin.

With the goal in mind of creating more open and inclusive neighbourhoods across the city, the group has taken down about 40 fences since they started.

"I simply designed a flyer then my phone started ringing, and the rest is history." 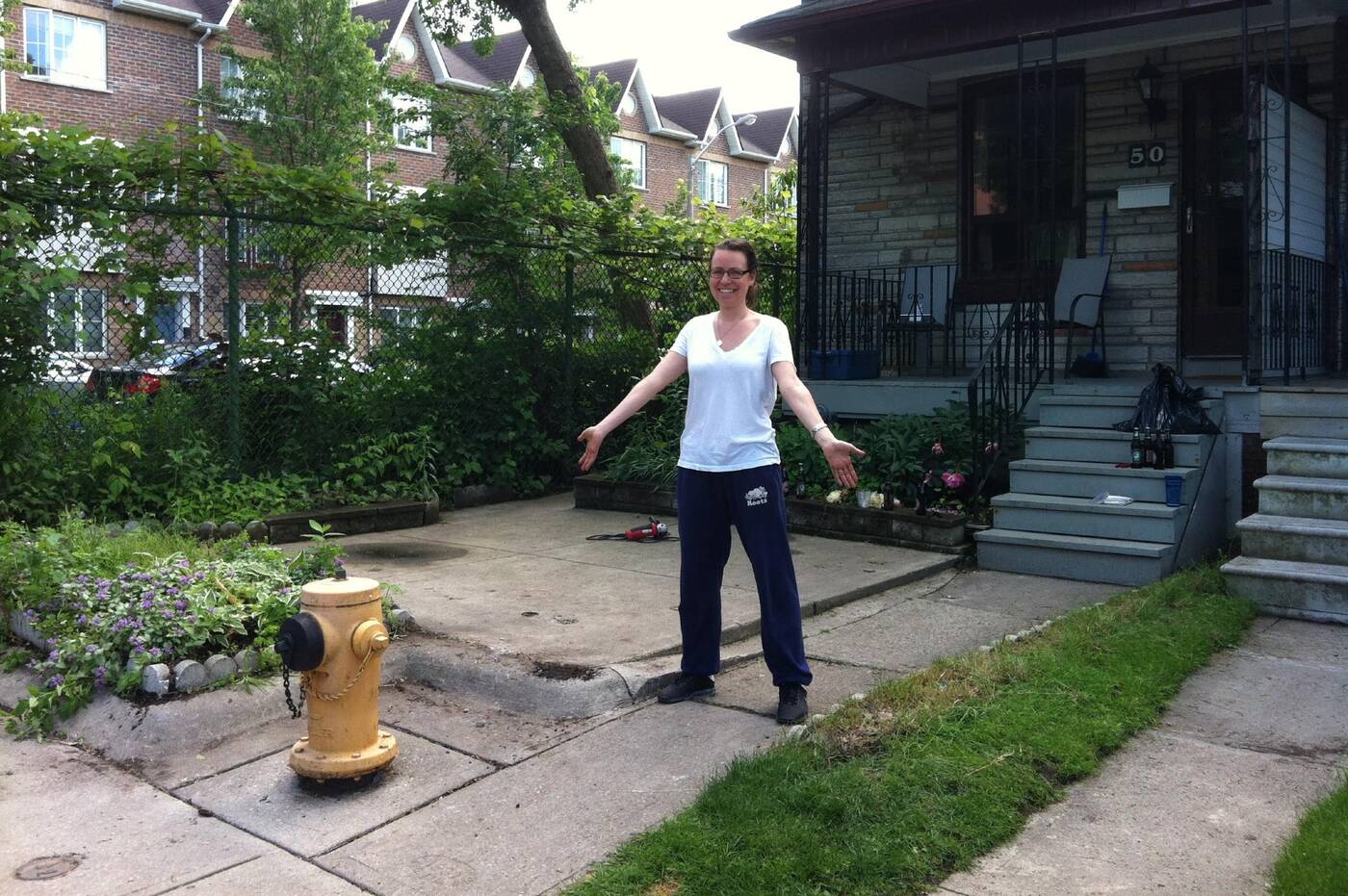 An after photo once the fence was removed by Meslin and his group of volunteers. Photo courtesy of Dave Meslin.

Meslin and his son also try to recycle as much of the fence pipe as possible by turning the pipes into front-yard bike racks.

Although they don't tend to do removals in the winter, Meslin says those in need of fence removal can start scheduling now for spring.

Anyone can volunteer to be part of the project by signing up for the Toronto Public Space Committee newsletter.