A Toronto woman got more than she paid for during a recent trip to the Dollarama.

Inside the pages of a regular notebook she bought for $3.50 at the Dollarama was a paper $2 note from 1954, said Alli Bell.

"Bought a cheesy journal from (Bloor & Bathurst) Dollarama, and someone put a 1954 $2 bill in it. Weird!" Bell wrote on the Weird Toronto Facebook group.

Bell told blogTO she bought the same type of notebook last year with the intention of journaling but only wrote in it a few times.

"I brought it out again recently to use as a gratitude journal," Bell said.

She bought this particular notebook on Dec. 27 and was surprised to find the bill inside. 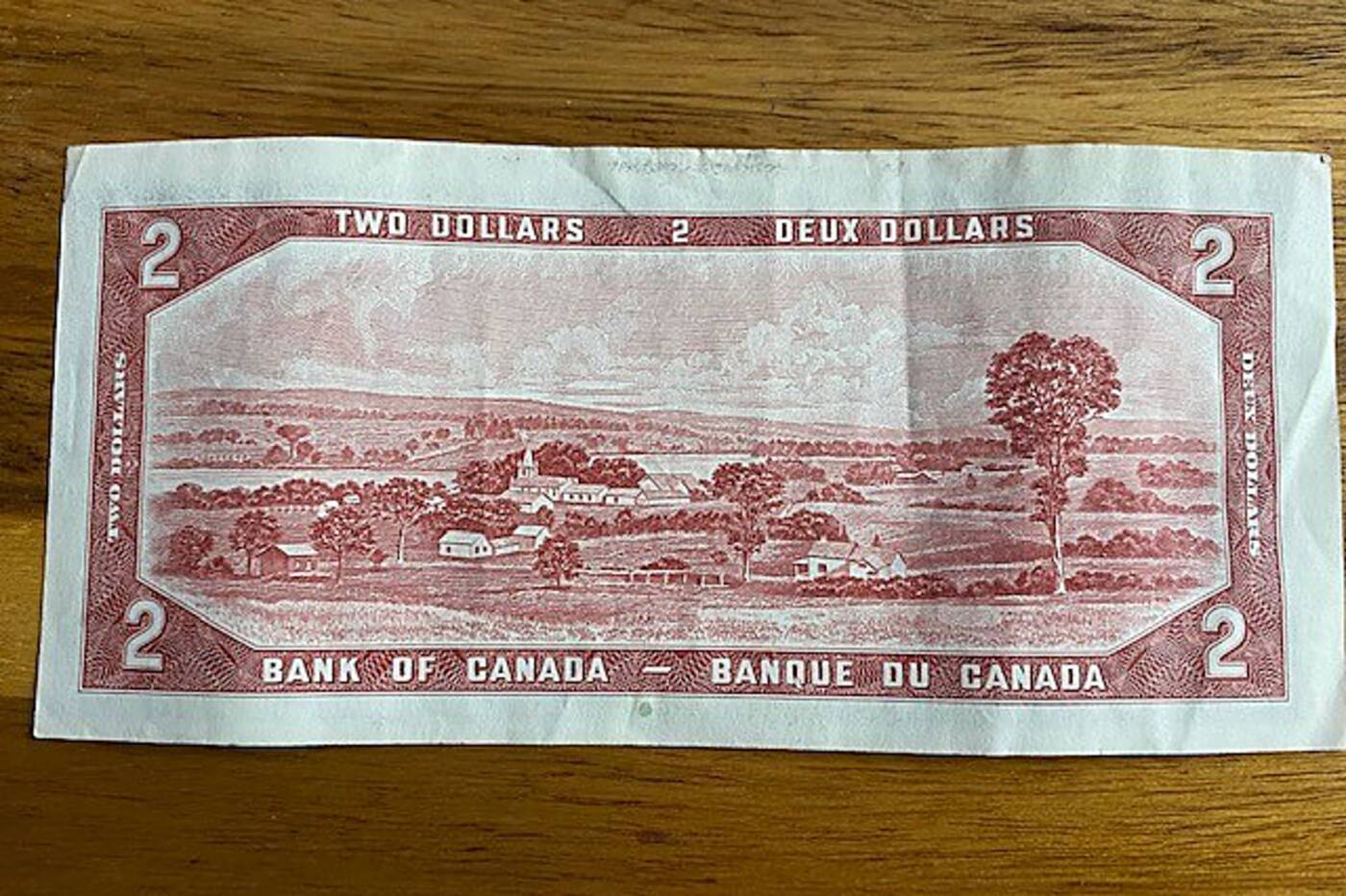 The back of the bill is a view of the Saint-François River from Upper Melbourne, Richmond, Quebec.  Alli Bell photo

Some people suggested the bill could be a photocopy because the margins are not even.

"That doesn't look real. The side margins are poorly cut and it looks like it's on glossy paper," one person posted.

Bell admits it could be fake.

"It makes sense that some people will think it's fake," she said. "It seemed unbelievable to me as well."

But she adds the look and feel of the bill indicates it could be real.

"There are features that indicate its authenticity: planchettes (green dots), raised ink, and the feel of the paper," she said.

She showed photos to an acquaintance who is a currency expert and he told her it looks authentic.

"He also made comment about the off-cut margins being reasonably common in older bills," she said. 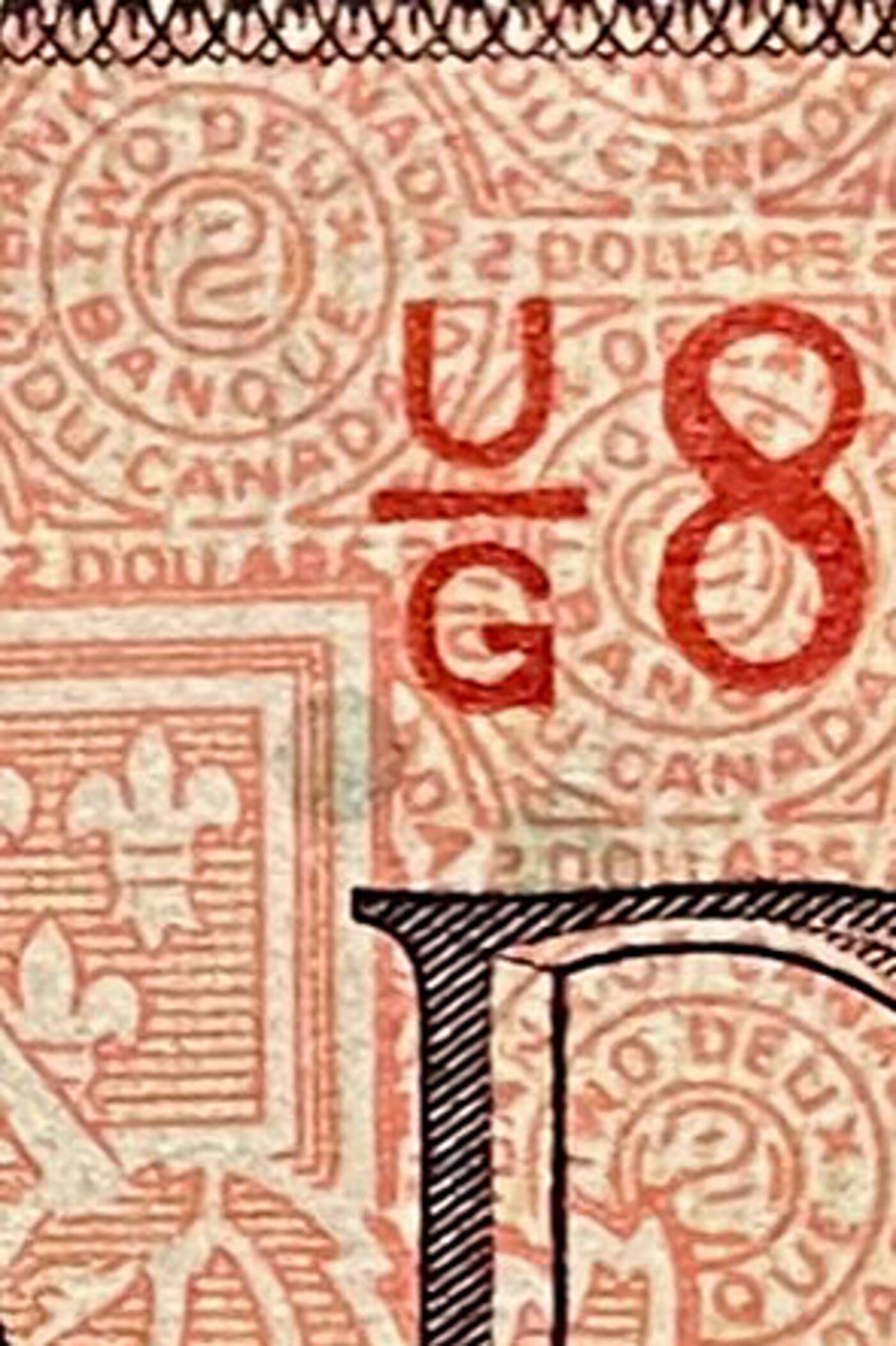 The are planchettes (green dots) on the bill. Alli Bell photo

The bill was part of the 1954 Canadian Landscape series and the back of the note features a view of the Saint-François River from Upper Melbourne, Richmond, Quebec, according to the Bank of Canada Museum.

Bell only has until Dec. 31, 2020 to spend it, the Canadian government decided to remove legal tender status from some older bank notes as of Jan. 1, 2021.

While the bill could be worth more than $2, Bell would like to keep it and she is not really concerned about the value.

"Too much of the tangible past is lost, and I feel fortunate to have it," she said. "I feel like it was meant for me, even though that might sound silly."