It's been eight years since her father's passing, but Toronto resident Dainna Madsen-White gets to see her dad in a new light thanks to the help of some strangers on Facebook.

On Wednesday evening, the Scarborough resident received a picture from a family member in Newfoundland. It was a tattered, sepia-tone photograph of her dad, Hazen Gould.

Hazen, who she guesses to be around 16 years old at the time, was photographed with a big a smile on his face, but a big tear through the upper corner of the picture cuts right through it.

"I've seen people send their photos and some of the things people do on here are unreal," says Madsen-White. She decided to try her luck on Toronto's PALZ Helping Zone group. 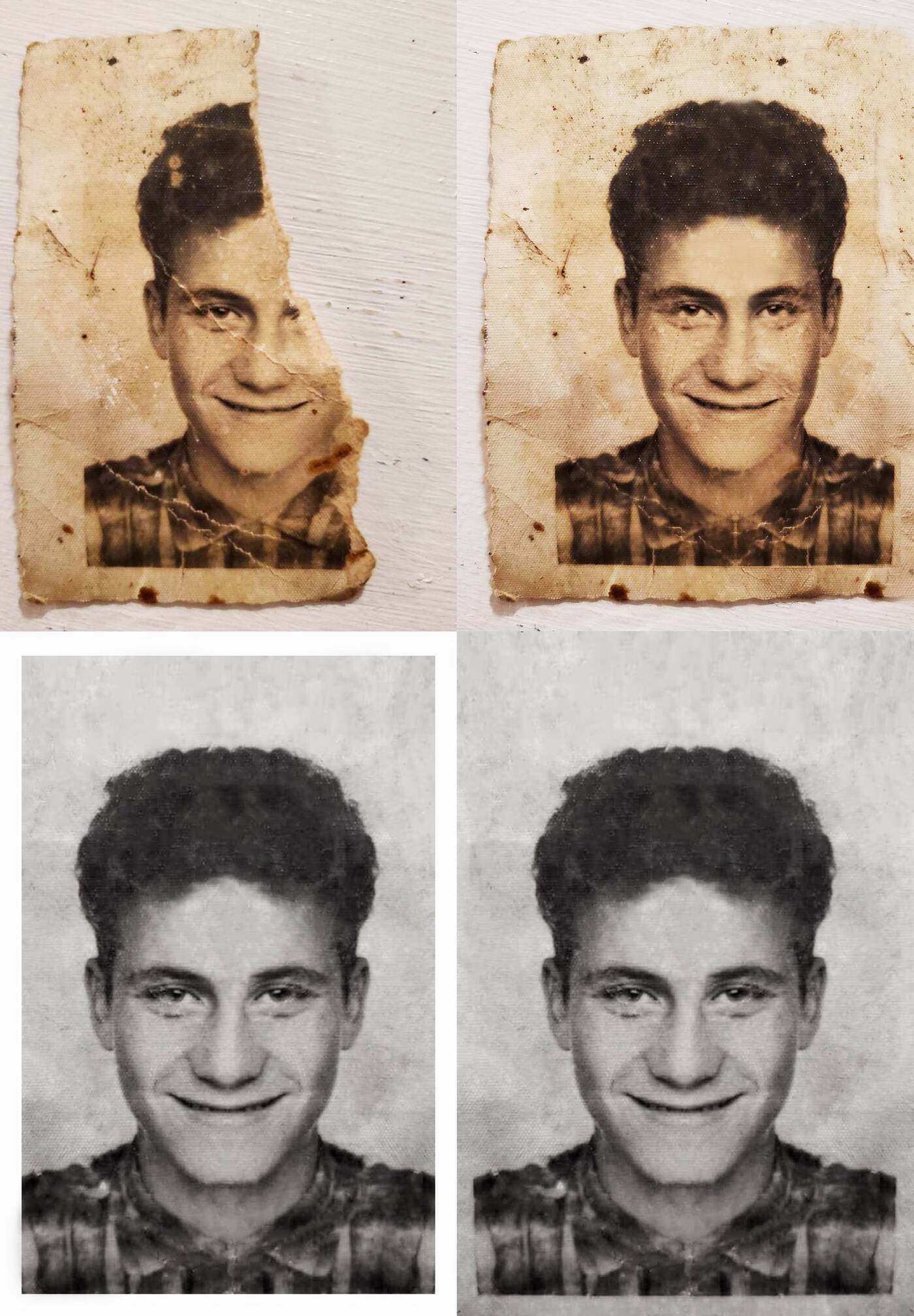 Less than half an hour later, a fellow group member sent back a repaired version of the photograph with a perfect likeness to her dad.

Several hours later she had received a few different variations, including a black and white photograph, and another cropped to dimensions better suited for printing.

"I had no idea that it would come out so well," said Madsen-White.

Another undamaged photo of Hazen at the same age shows that the editing was "spot on."

"It really pulled my strings last night," she said tearfully. "It's so nice... Humans can be so nice. They really can. It's a part of my dad that I would never have seen." 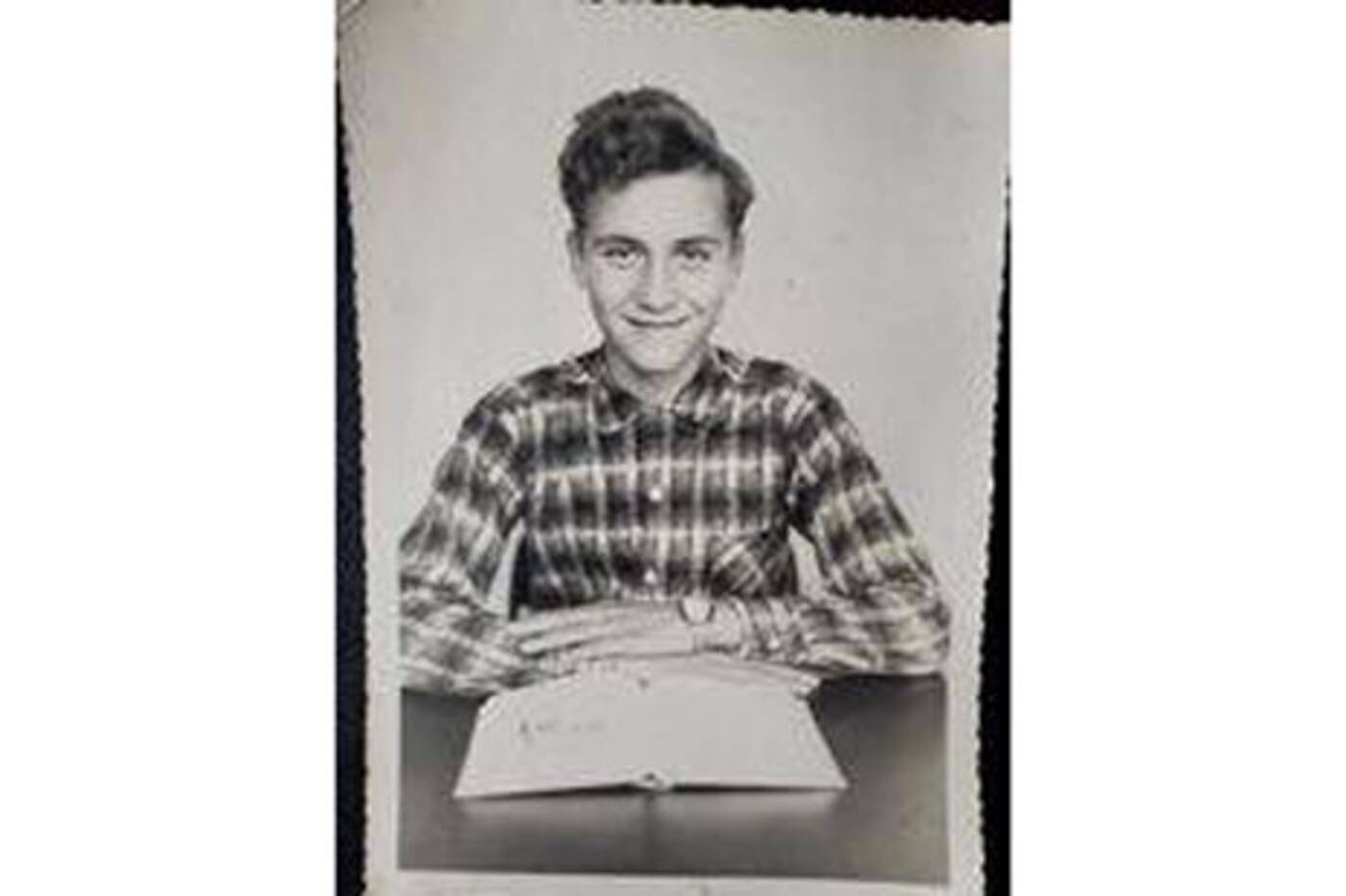 An undamaged photo of Madsen-White's dad shows that everyone's edits were "spot on". Photo via PALZ Helping Zone.

Hazen was born in Newfoundland in 1943 and moved to Toronto in his late teens. He received a scholarship for high school, which is where Madsen-White thinks this photo was taken.

After graduation, he became a TTC driver, and took great pride in his job. After retiring from the TTC he worked as a driver for East End Taxi, where he was known in the Scarborough area. He died of cancer at 70 years old.

"Everyone who knew my dad loved my dad, to be honest," she says.

There were a number of people who worked their virtual magic on Hazen's photograph, but the first to jump on the thread was Ruzanna Sukiasyan, 27, a photographer and videographer from Toronto. 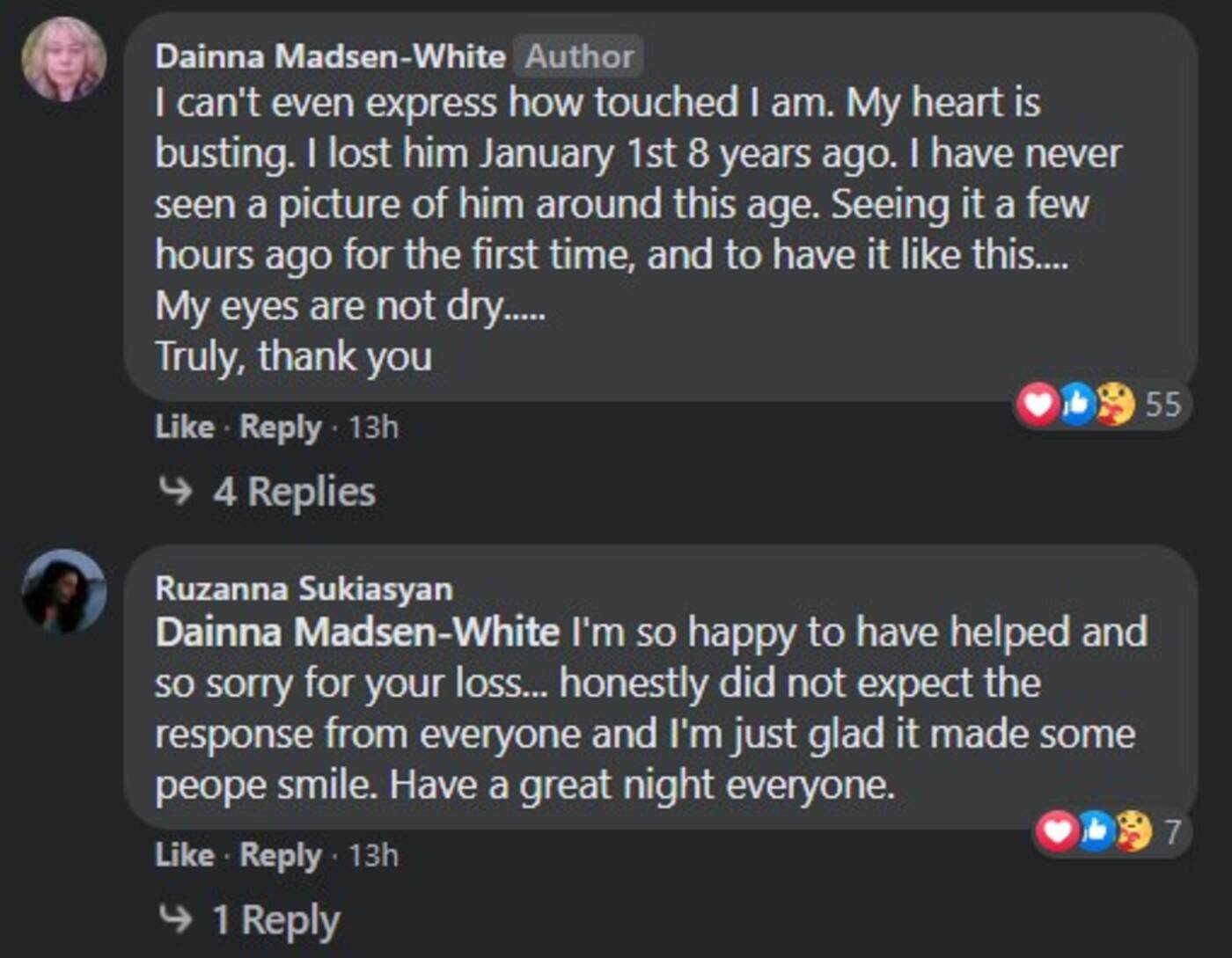 Madsen-White's FB post has had a flurry of comments and reactions for group members. Photo via PALZ Helping Zone.

"I decided to take this on because when I saw Dainna's post, it didn't have many responses and no one had attempted to fix up the photograph yet," says Sukiasyan. "I knew I would be able to do it and had extra time on my hands and decided to give it a try."

"I had no idea that so many people would resonate with this story and I'm just glad collectively we got to fix the photograph and make so many people happy."

It took Sukiasyan just 15 minutes on Adobe Photoshop to bring the picture back to life. But Madsen-White, who runs Pinnacle Care Health Services, says that her job as a personal support worker has made her extra thankful for the effort and time.

"Time is precious, you can't buy time," she says. "And for people to donate time, that was really nice."