Makeover of Toronto's most confusing intersection almost finished after 10 years

A massive project to reconfigure Toronto's most dreaded, confusing, and infamous intersection is finally nearing completion after more than 10 years of planning, consultation, engineering design, and construction.

The Six Points Interchange Reconfiguration Project in the Bloor Street West, Dundas Street West and Kipling Avenue area of Etobicoke has been underway since 2017 but in the works for more than a decade, with the ultimate goal of turning the "highway-like junction" into a "community-centric area that will feature pedestrian-friendly intersections, boulevards, trees and bike lanes."

A new report proposing a number of traffic regulation amendments for the intersection — colloquially referred to as Spaghetti Junction for its winding bridges and ramps —  and the surrounding area is set to go before the infrastructure and environment committee next week, marking one of the final steps in the project. 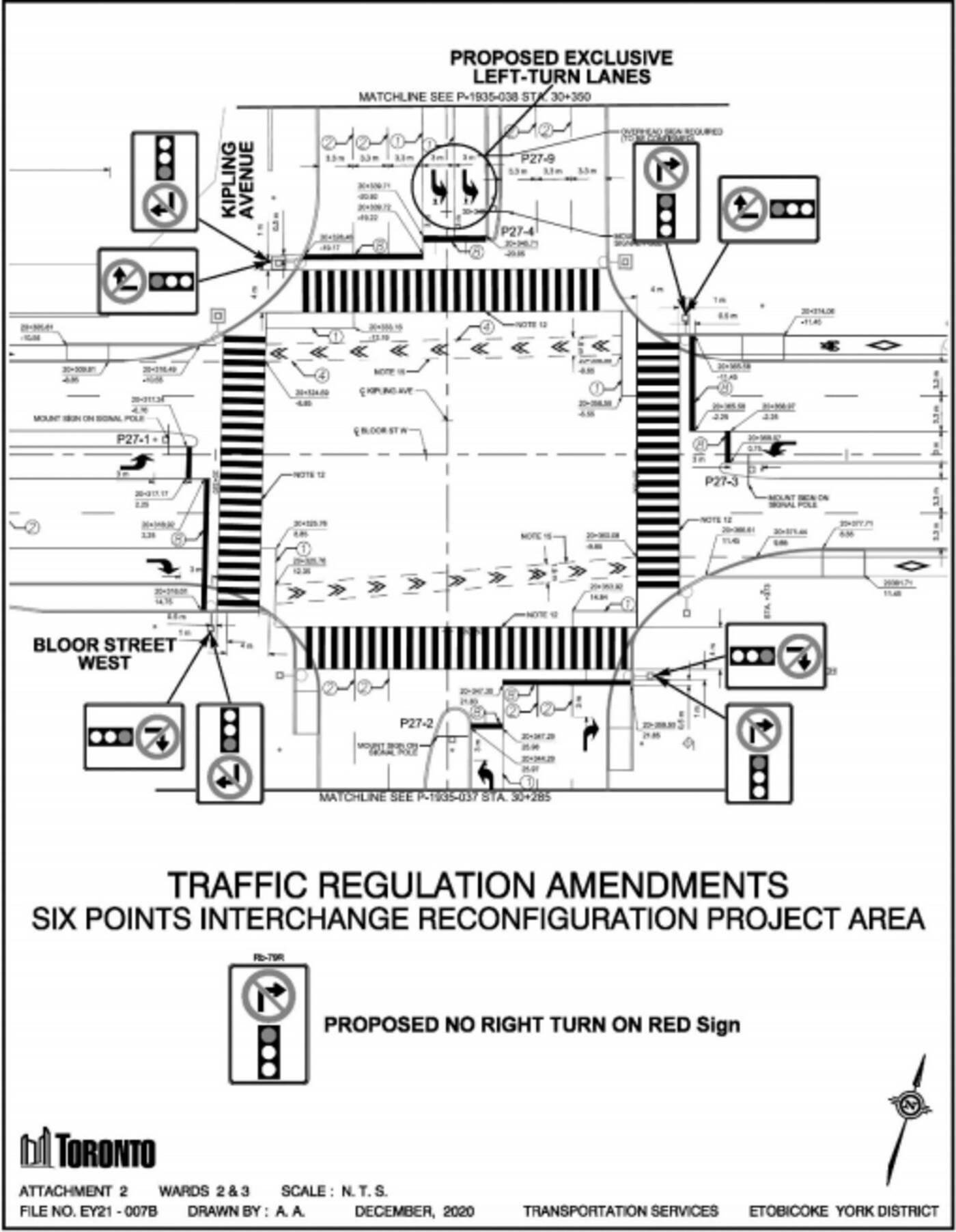 The report requests permission for traffic regulation amendments including the authorization of traffic control signals, turn lanes, bicycle lane and cycle track designations, and right-turn-on-red prohibitions — all of which were part of the project's approved design. 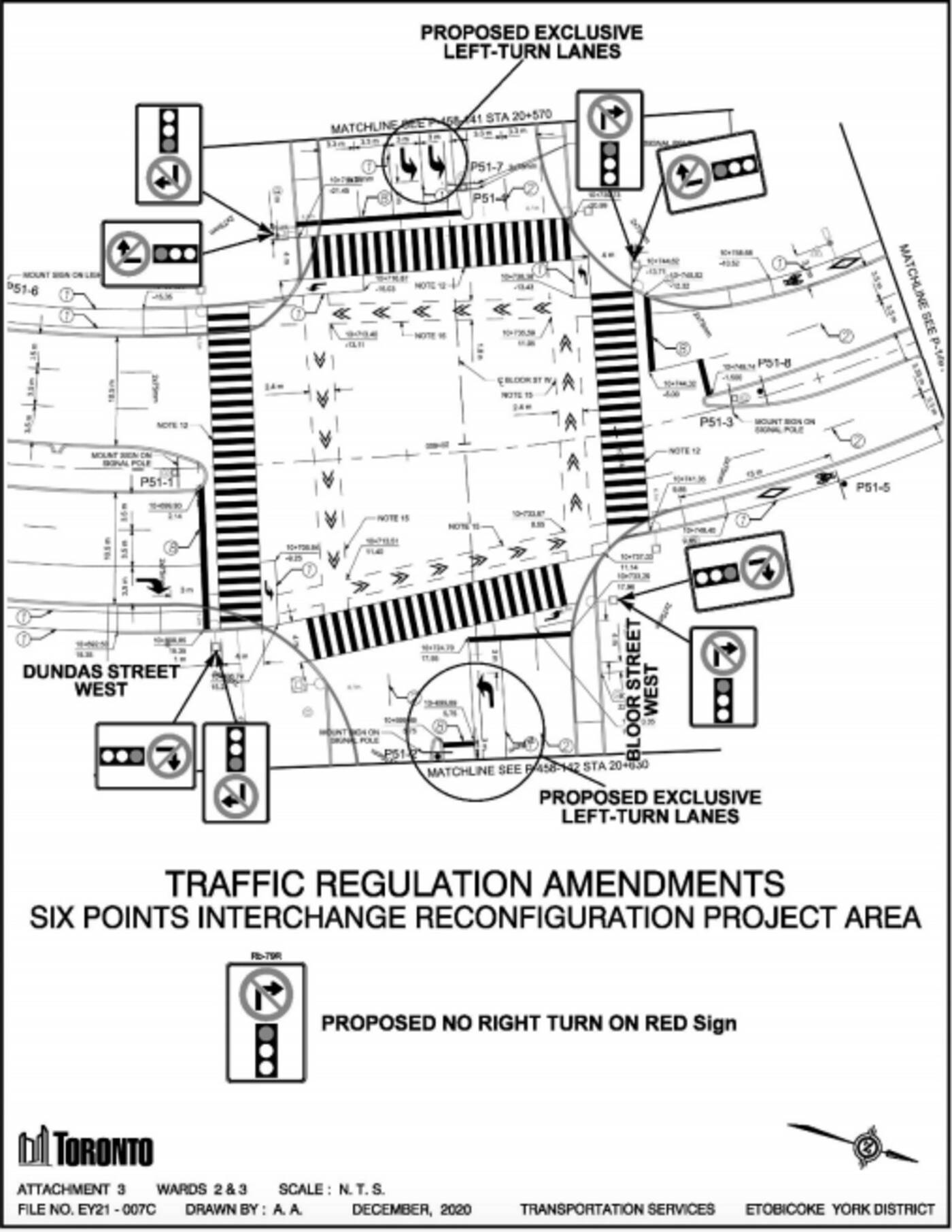 These regulatory changes would slow traffic in the once vehicle-oriented area and improve safety for road users of all kinds, including pedestrians and cyclists. 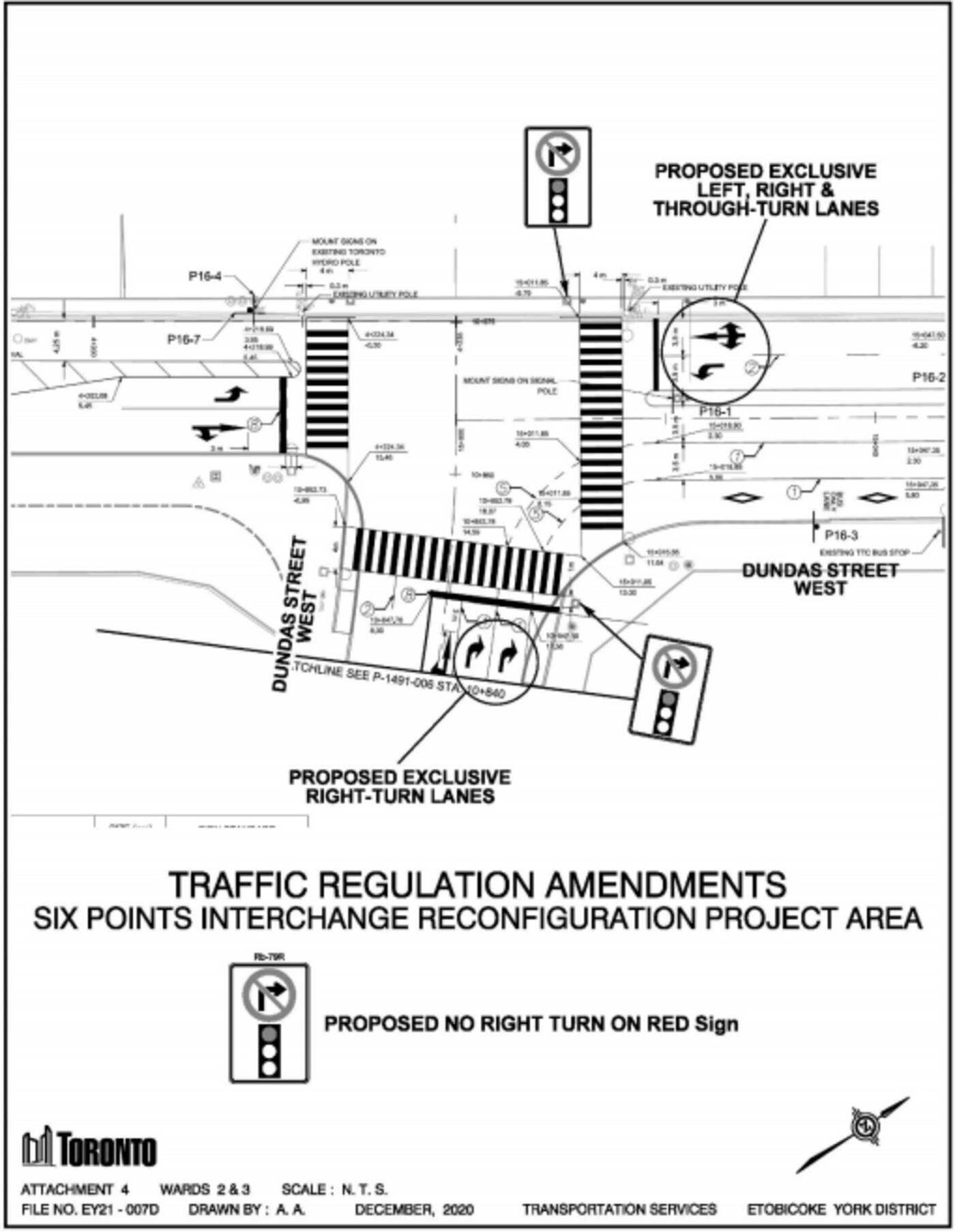 The final result of the project is set to include a new road network and at-grade intersection at Dundas, Bloor and Kipling; complete streets with improved pedestrian facilities, wide boulevards, trees, and street furniture; improved access to Kipling Subway Station; cycling infrastructure installed on all major streets; new land available for potential uses such as parkettes, public art installations, development and other amenities; and a district energy plan.

The reconfiguration project also saw those loopy and confusing bridges over Kipling Avenue, constructed in 1961, removed back in 2019.

The traffic amendment report is set to go before the committee on Jan. 11 and will be considered by city council on Feb. 2 if approved.