Earl Bales Park is a large green space spanning nearly 130 acres and is home to the West Don River, a large network of trails, and a massive reservoir. 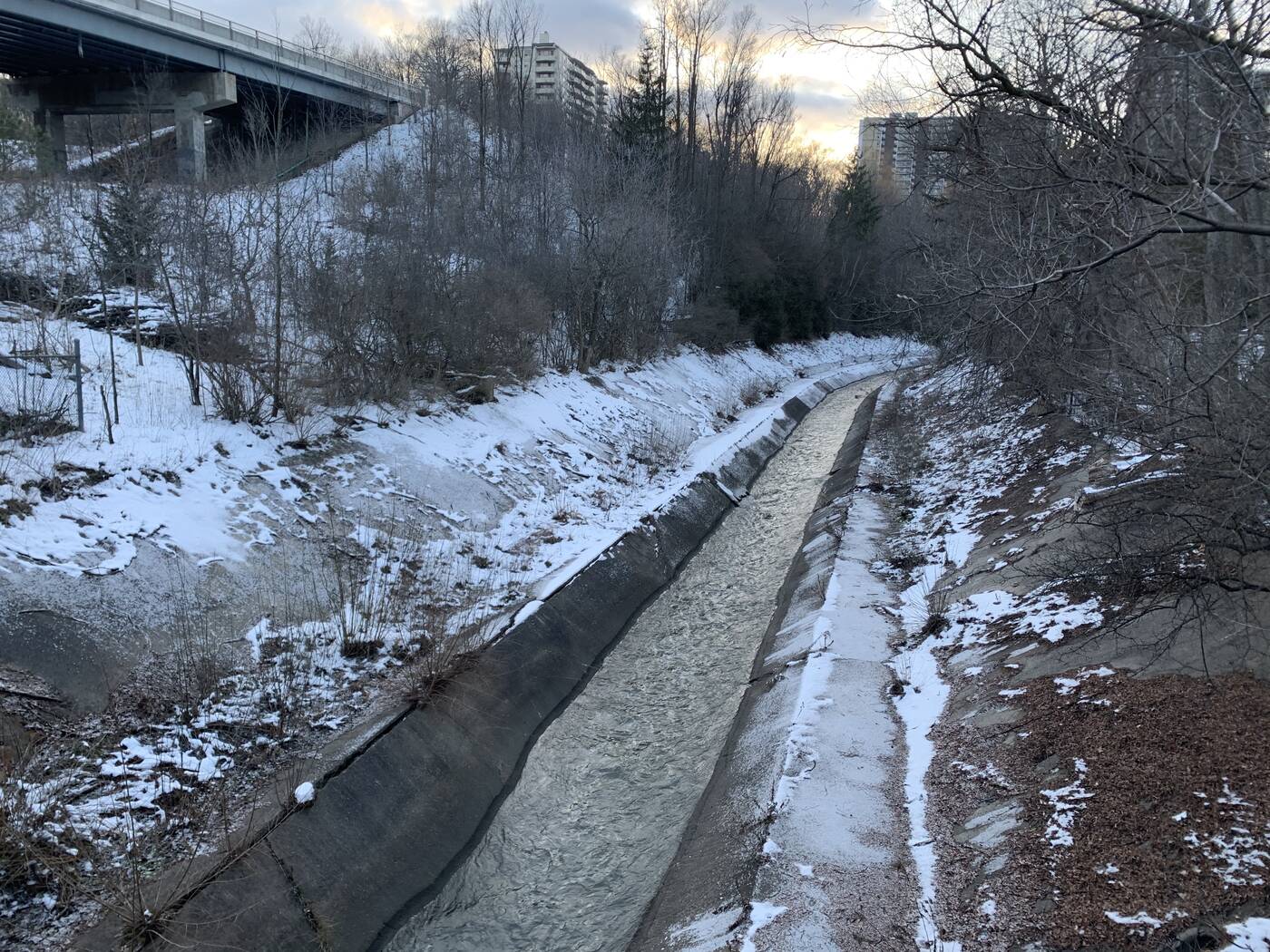 The West Don River flows through Earl Bales Park before meeting up with the eastern branch about seven kilometres north of Lake Ontario while both flowing southward.

Situated near Bathurst Street and Sheppard Avenue in North York, the farmland was turned into the York Downs Golf and Country Club in the early 1900s before transforming into the park it is today. 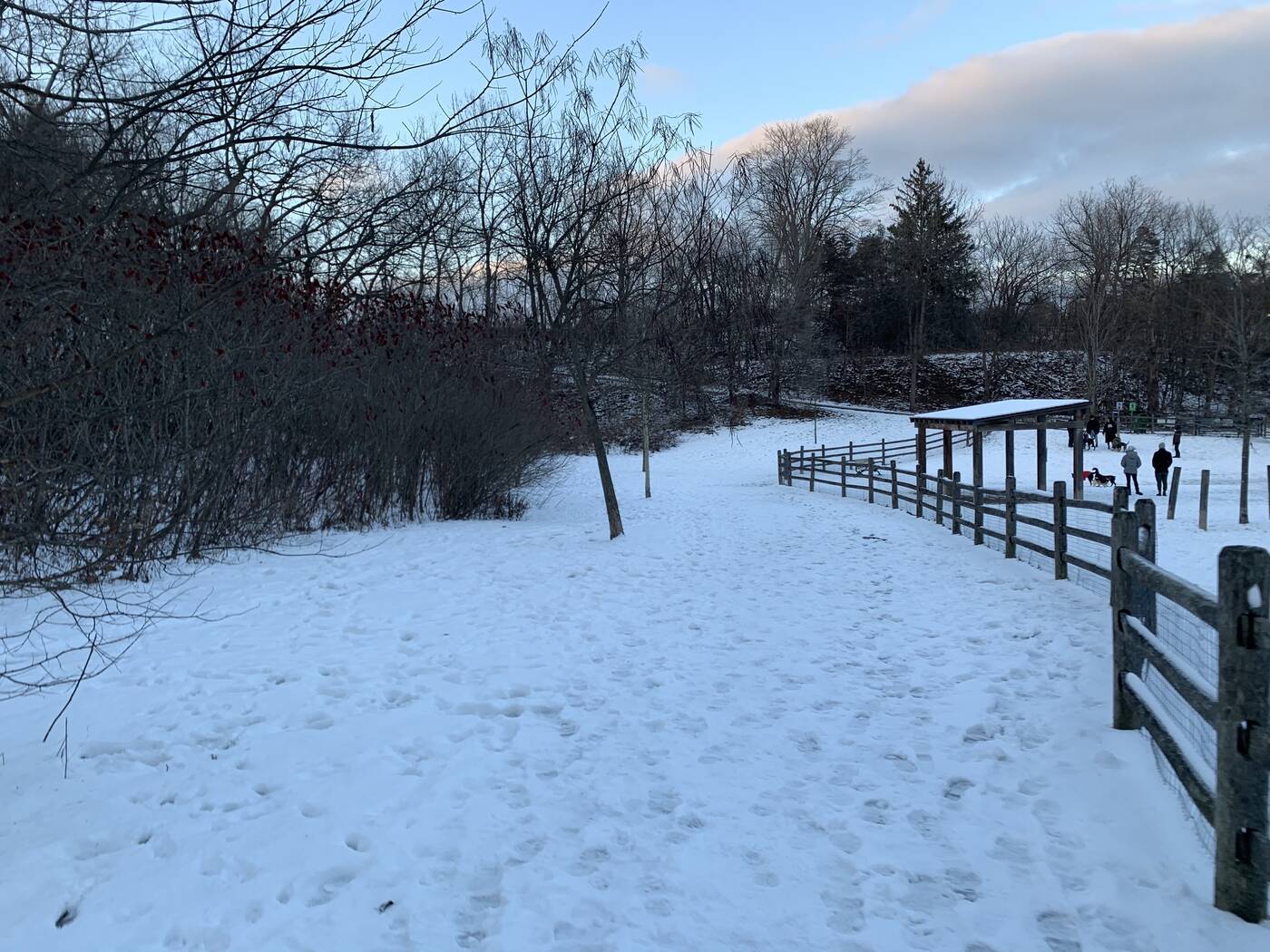 A large off-leash dog area is located in the northeast section of the park near Sheppard Avenue West.

The hilly natural area is probably most famous for being the spot of one of the two ski hills in the city, with the other located in Centennial Park.

The steep hills are a natural formation from the edge of the Don River. Although the ski hills are temporarily closed, the trails through the West Don Watershed will keep you busy. 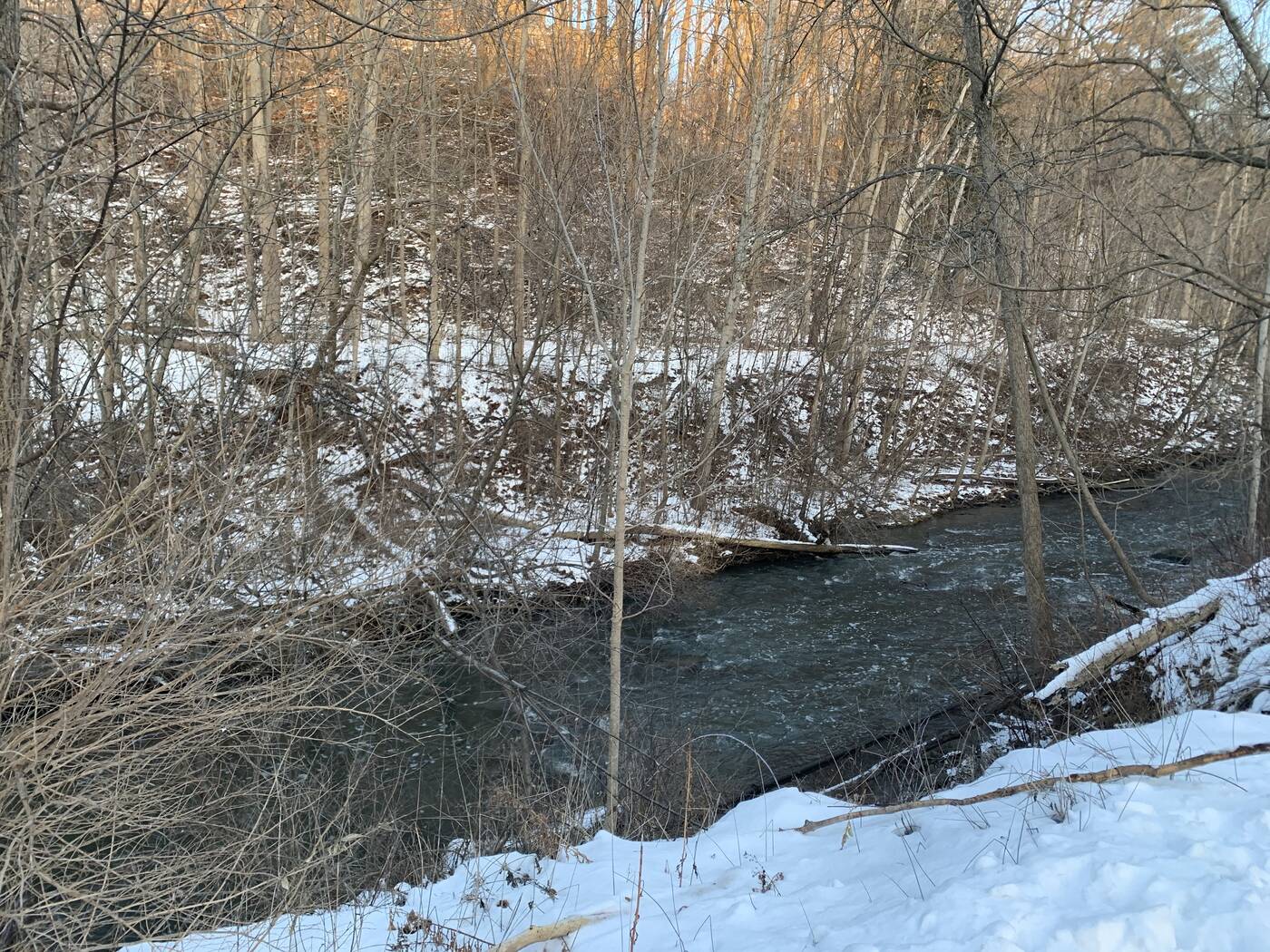 The lower section of the park includes paved trails that follow the West Don River.

The 2.3-kilometre Gravel Pit Loop is a packed dirt trail through the woods to the south. 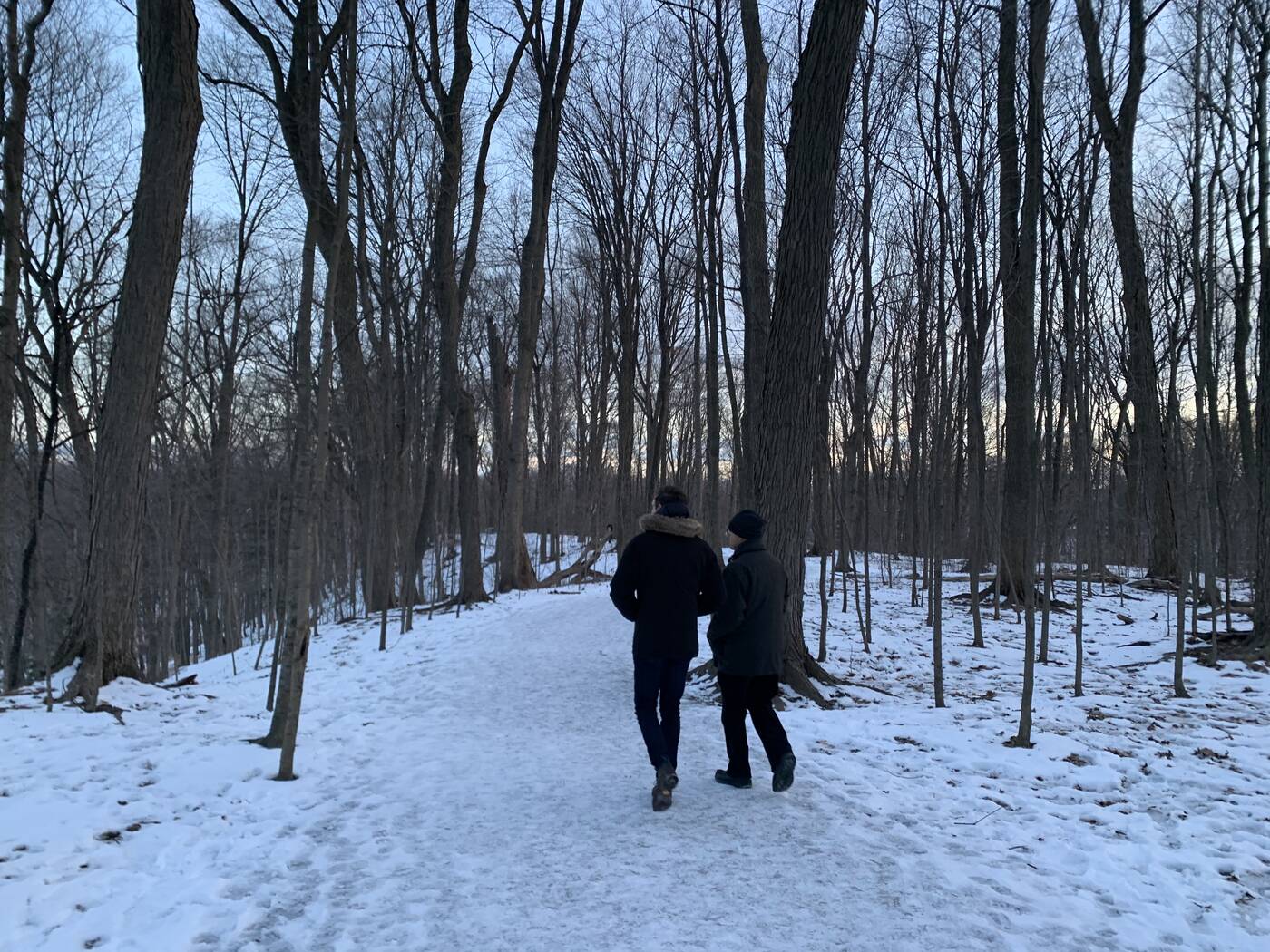 The Gravel Pit Loop trail at the park's south end is quite elevated with steep slopes on either side which descend low into the park.

The trailhead is located near the top of the ski lift so you'll be high up when you're walking on the pathway with two steep cliffs on either side. 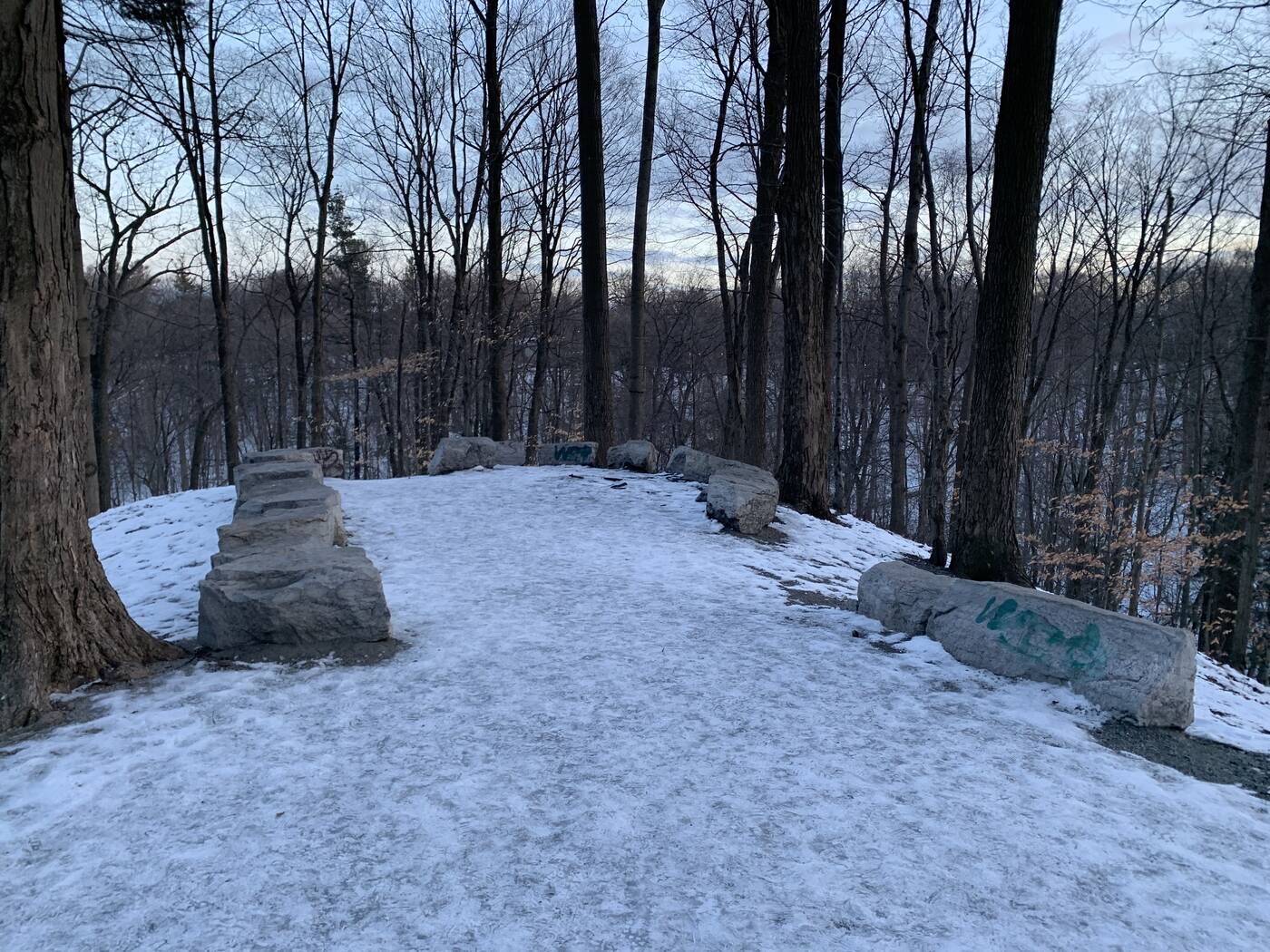 A circle of rocks marks the end of the loop trail. Though the official forest trail doesn't lead down into the valley, it isn't hard to get down.

The elevated trail offers up a fully panoramic view of the park below including a nice view of the reservoir. The Earl Bales Stormwater Management Pond covers 3.2 hectares making it one of the largest in the country. 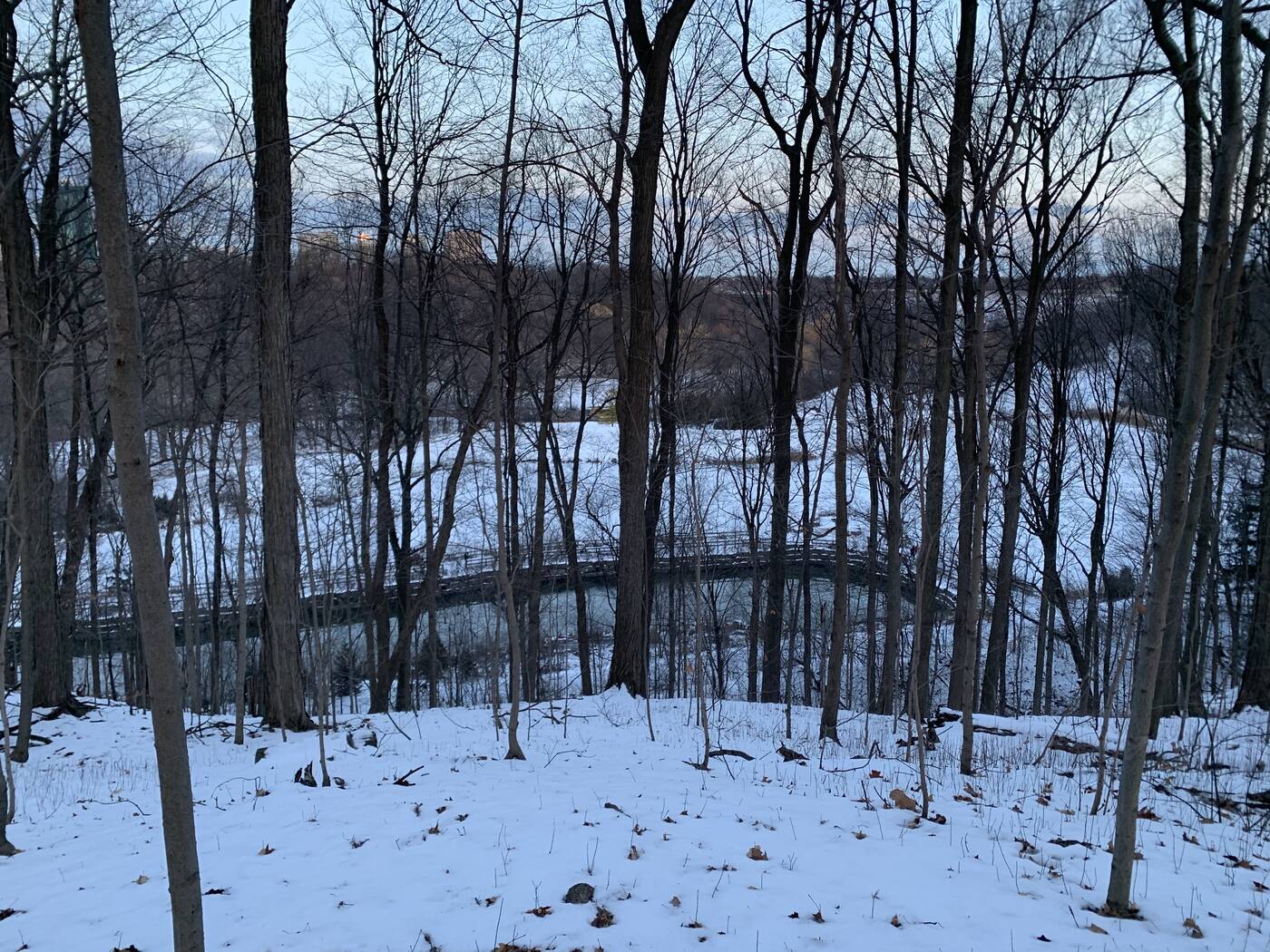 The large stormwater pond helps to improve the water quality and increase aquatic habitat in the West Don River.

There are also a few fire pits located near the trailhead, which visitors are free to use. 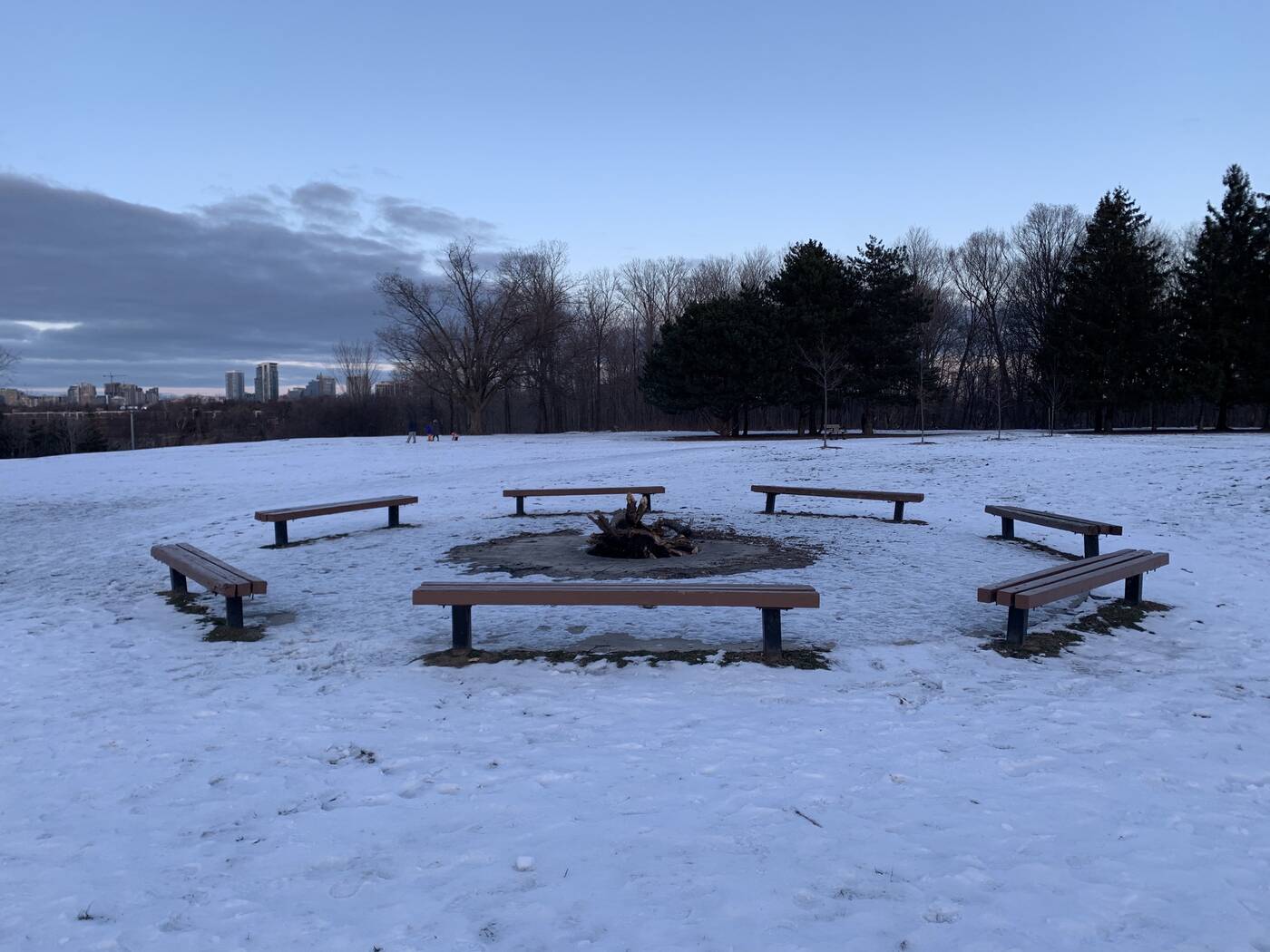 There are both fire pits at the trailhead and also a bit further along the path right in the forest.

Another interesting fixture at the top of the park is the Barry Zuckerman Amphitheatre, which has a large stage. The stadium is a popular spot for outdoor theatrical performances and movie screenings. 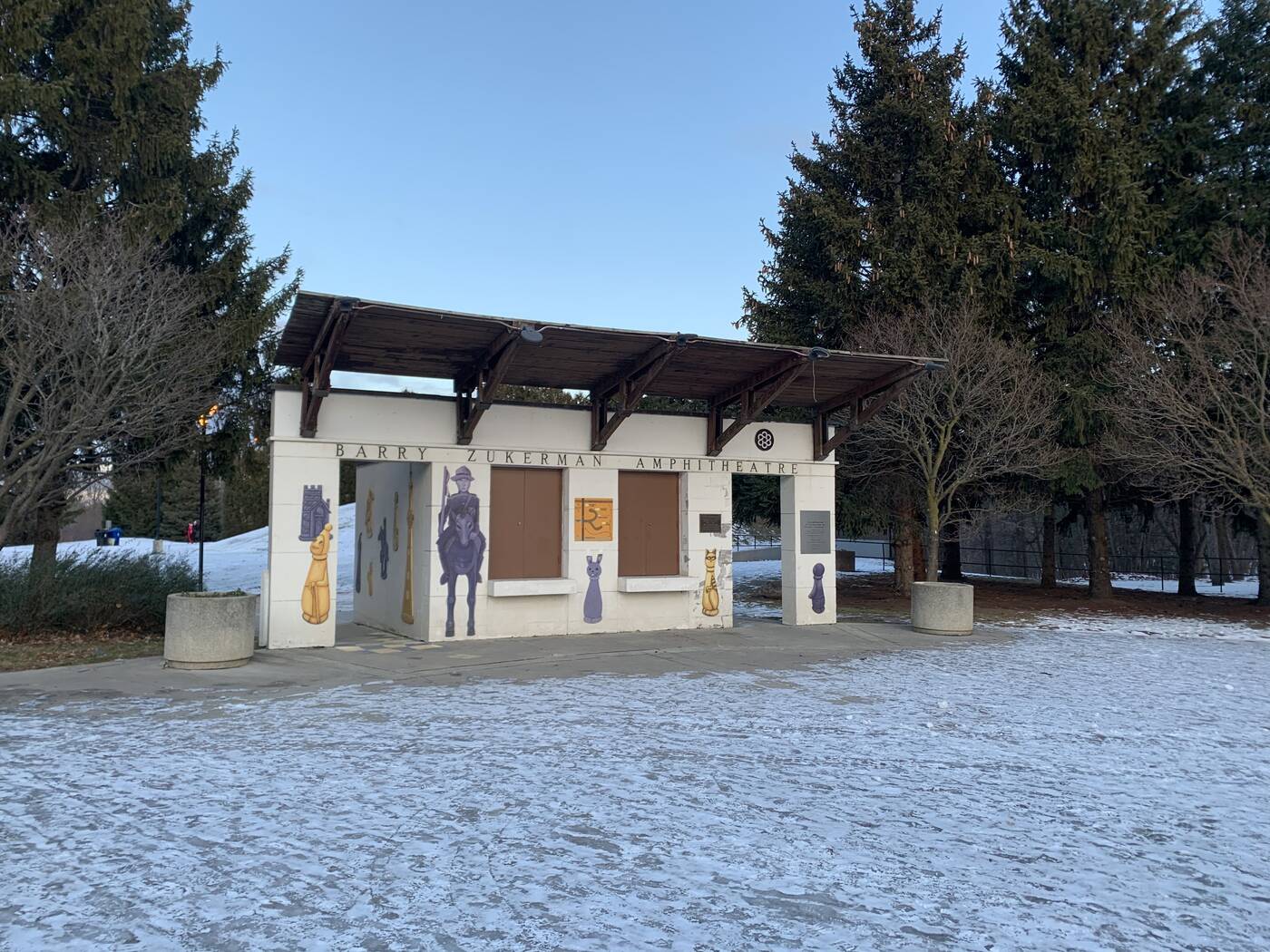 The outdoor amphitheatre at the park is usually home to a number of different outside performances and movie screenings during the summer.

If you're travelling to Earl Bales Park by TTC, you can take the 160 Bathurst North bus to Bainbridge Avenue from Wilson subway station. If you're driving there's a large parking lot situated at both the north and south ends of the park. 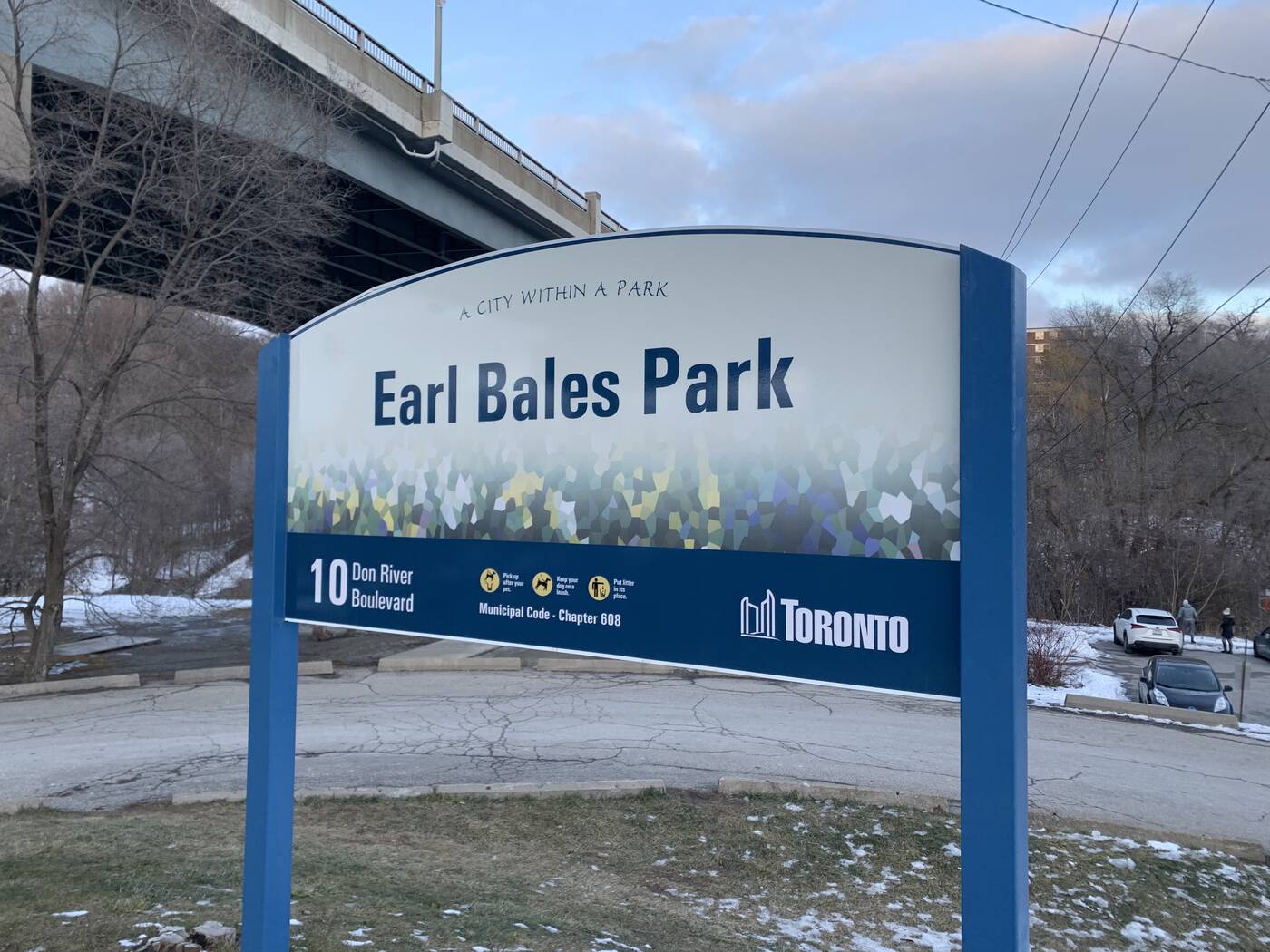 4 TTC subway stations are shutting down in Toronto this weekend

Justin Trudeau is getting roasted for failing to say LGBTQ2+ properly

Toronto just broke a new record for being super moist