Between lockdowns and physical distancing measures, it's harder than ever to connect with others, and people have been turning to the internet to find community.

Buy Nothing groups, which mostly exist on Facebook, have been playing a big role in helping neighbourhoods across Toronto do just that during the pandemic.

The global movement, which now has eight different groups in Toronto, is essentially about forming hyper-local gifting economies where members can give away to or receive free stuff from their neighbours.

The group for Leslieville/Greektown/Greenwood-Coxwell started just over a year ago and now has thousands of members.

Everything from clothing and food to furniture and large appliances have already been gifted or loaned both helping out someone in need and reducing waste at the same time.

Others offer their time or services, like when one member collected used batteries to deliver to a recycling depot. 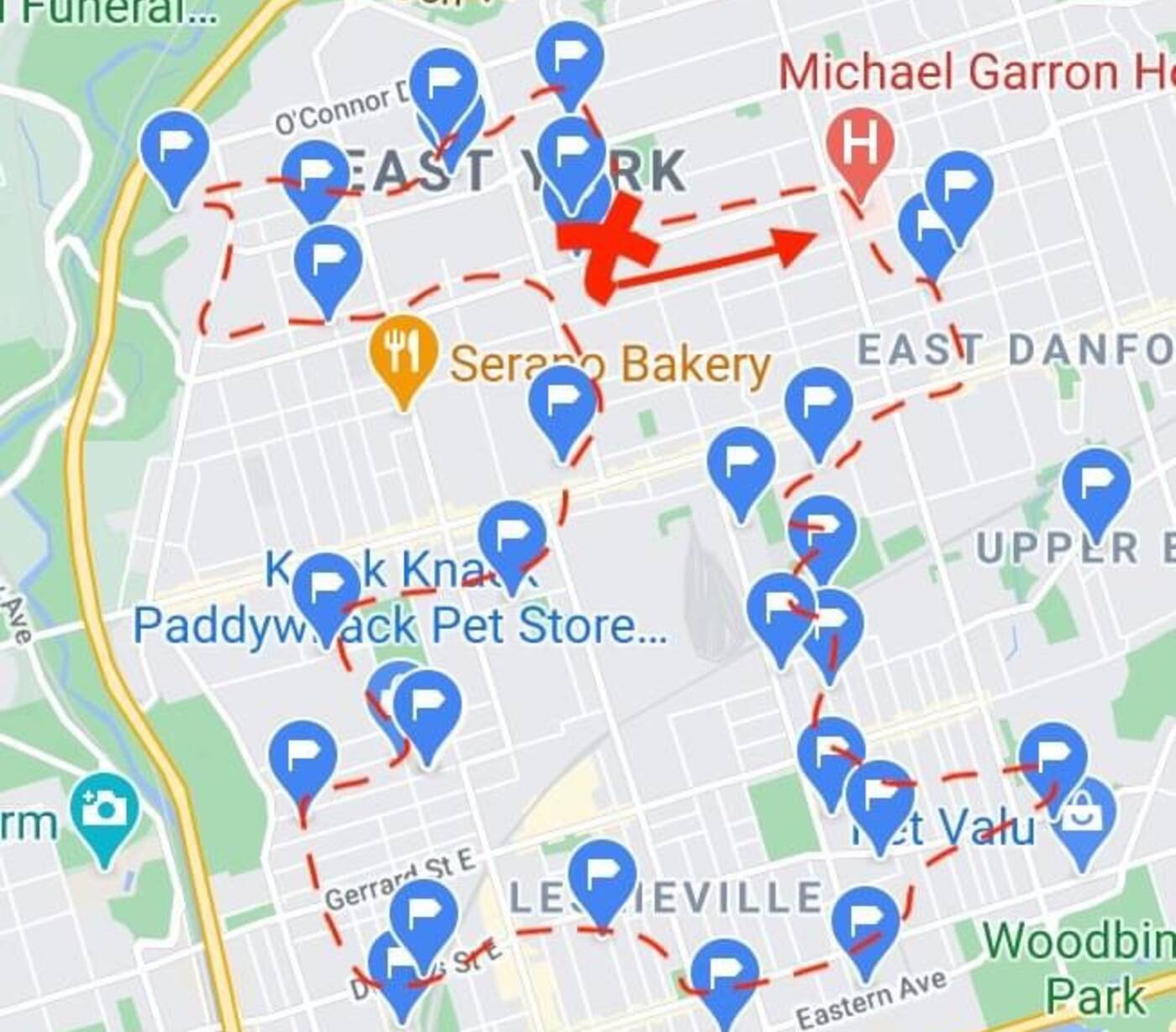 A map of all the spots the group member collected used batteries from before delivering to a recycling depot. Photo courtesy of Stephannie Sing.

Andrea Konarzewski, one of the admins who spoke on behalf of the Toronto group, told blogTO one of the more heartfelt gestures within the Toronto neighbourhood group she's seen over the last year was a parent's offer of a children's book for young people dealing with anxiety.

A "sharing train" was set up when the post received an overwhelming amount of interest from the other group members.

"A list of those who expressed interest in the book was compiled, and arrangements were made for each person to use and enjoy it for a short time before passing it on to the next," she said.

Although contactless connections are now encouraged as opposed to the usual face-to-face meetings that previously would result from the group, community remains the primary goal.

"We're all craving human connection during this time of lockdowns and cancellations and stay-at-home orders. The value of building and maintaining these connections with neighbours during a crisis like this can't be underestimated," said Konarzewski.

"I'm sure the lure of free stuff and the prospect of getting rid of one's unused stuff may be most attractive at first. But in the end, it isn't primarily about the stuff at all, but about people."