Couples like Chris and Camille seem to be doing their best to make the most of even the hardest times.

When they realized that they wouldn’t be able to have the wedding they had originally planned due to COVID-19, the couple decided to think outside of the box.

Since they wouldn’t be able to be surrounded by all of their friends and family, instead they made the day special by renting out the entire Elgin and Winter Garden Theatre. 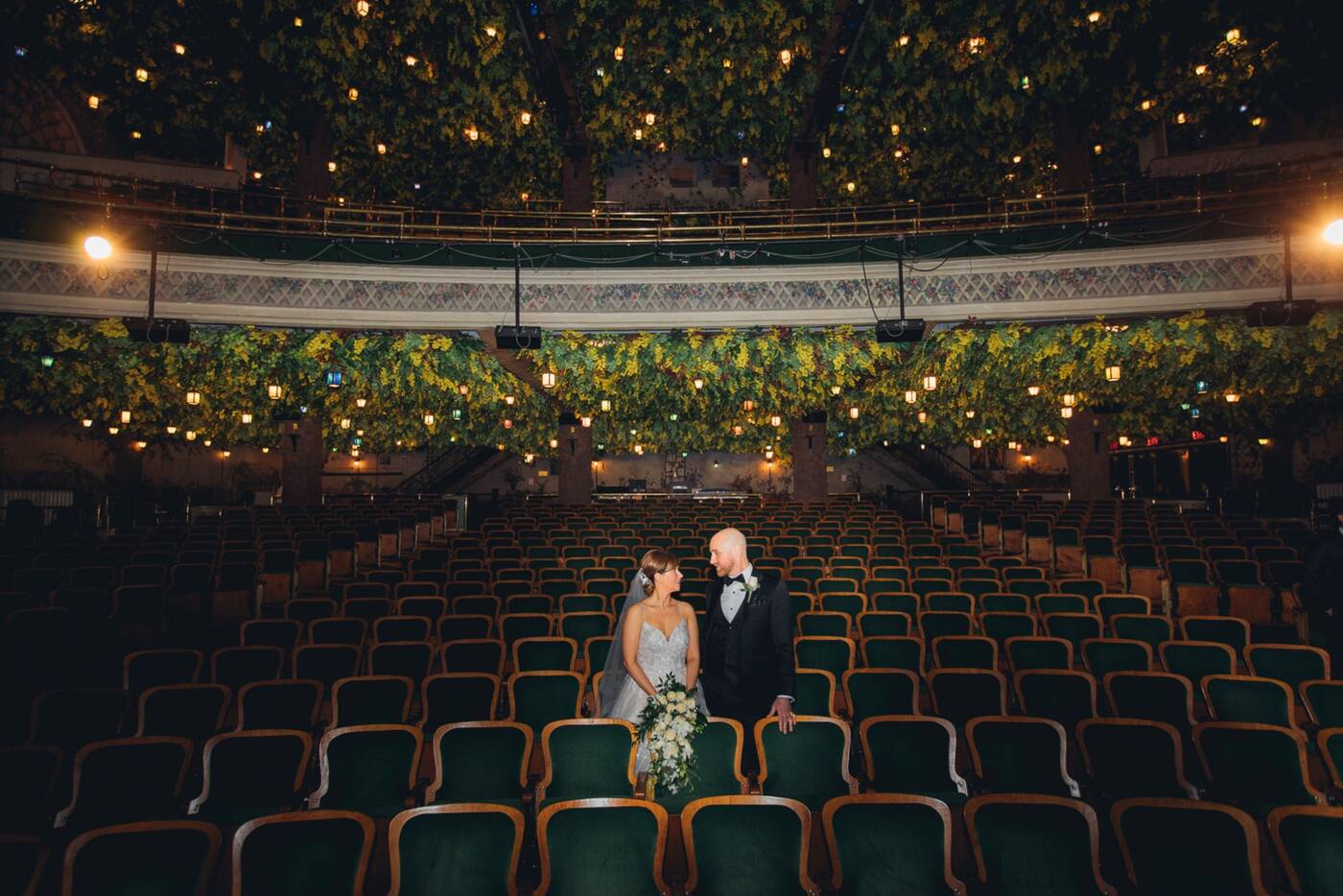 The upper-level Winter Garden at the theatre is painted with murals of plants and is adorned with lantern lights.

The historic Toronto theatre – which first opened in 1913 and is now the last surviving stacked theatre in the world – was the couple’s first choice for their photo location due to their shared love for film and theatre.

"We weren’t even sure the last few months if we would have pictures – or a wedding for that matter. Once we started looking, the Elgin and Winter Garden Theatre was at the top of the list," the couple told blogTO.

The couple confirmed the Elgin and Winter Garden Theatre as their photo location just two weeks before the wedding.

"It’s full of character and history and you can immediately see that when you walk through it."

After saying their I-do’s at a church in Vaughan, which was live-streamed to friends and family, the newly-married couple headed downtown for a private photo session at the theatre.

Their photographer was Ryan Bolton, a Toronto-based portrait and wedding photographer who the couple asked to capture their wedding back in January. 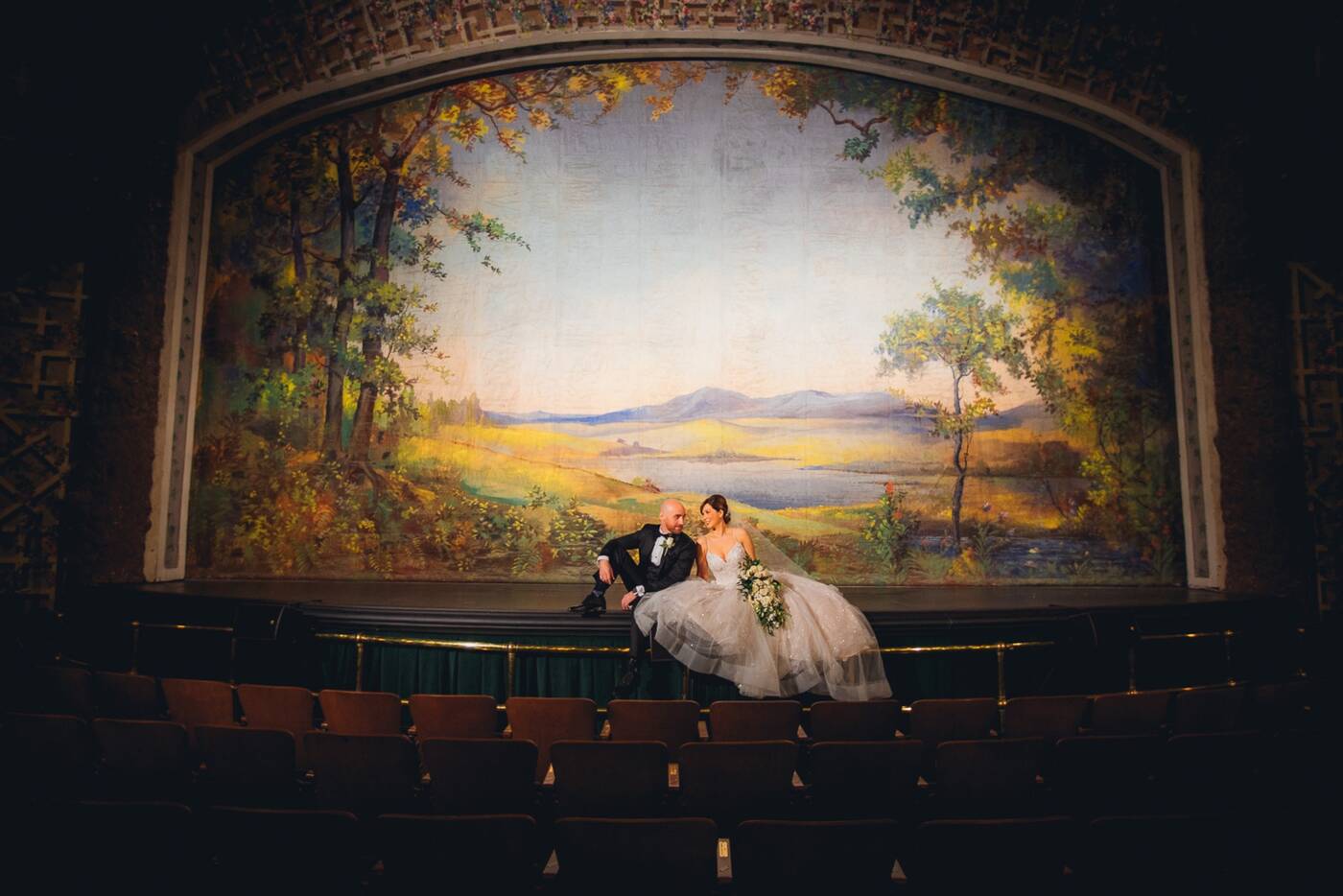 The historic theatre was designed by architect Thomas W. Lamb who was also behind Toronto's Ed Mirvish Theatre.

"As soon as Chris mentioned they had secured the [theatre], I was floored. I had been in the Elgin before and knew how grand it really was," Bolton told blogTO.

"And then when we entered and had full reign to both the Elgin and Winter theatres, it was a photographer's dream."

He compares the entire experience to something out of a fairytale.

"It was particularly special with all of the COVID hardships everyone is facing. A short reprieve of beauty and wonder." 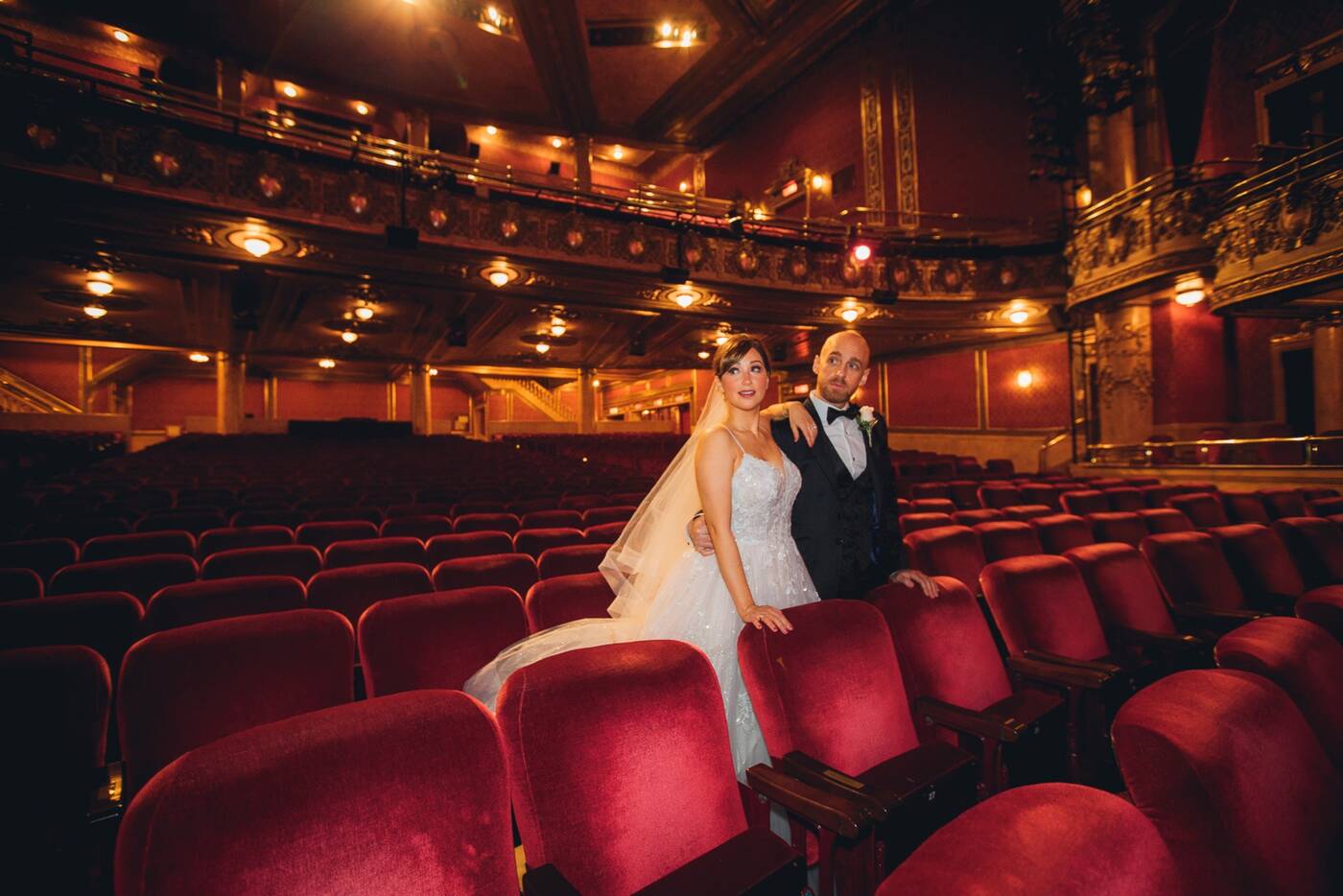 The Elgin and Winter Garden Theatre was always the couple's first choice as a photo location due to their love of film and theatre.

Although it wasn’t the day the couple had originally planned, there seem to be no regrets.

"It was tough to not be surrounded by all our family and friends but we got married during a historic time and we made the most of it," they said.

"The pictures we took will help us remember the day the way we want it to be remembered – full of love."