The history of Brockton Village in Toronto

Brockton Village is a multi-cultural Toronto neighbourhood, mixed with residential streets and local shops. It’s bounded by Bloor, Queen and Dufferin streets and Lansdowne Avenue, with Brock Avenue running through the centre.

The creation of Brockton Village is all thanks to one man by the name of James Brock. He was the first cousin of Sir Isaac Brock, a military commander and administrator of Upper Canada.

In 1812, James gained Park Lot 30, around 100 acres of land which was roughly on the spot of present-day Brockton Village. 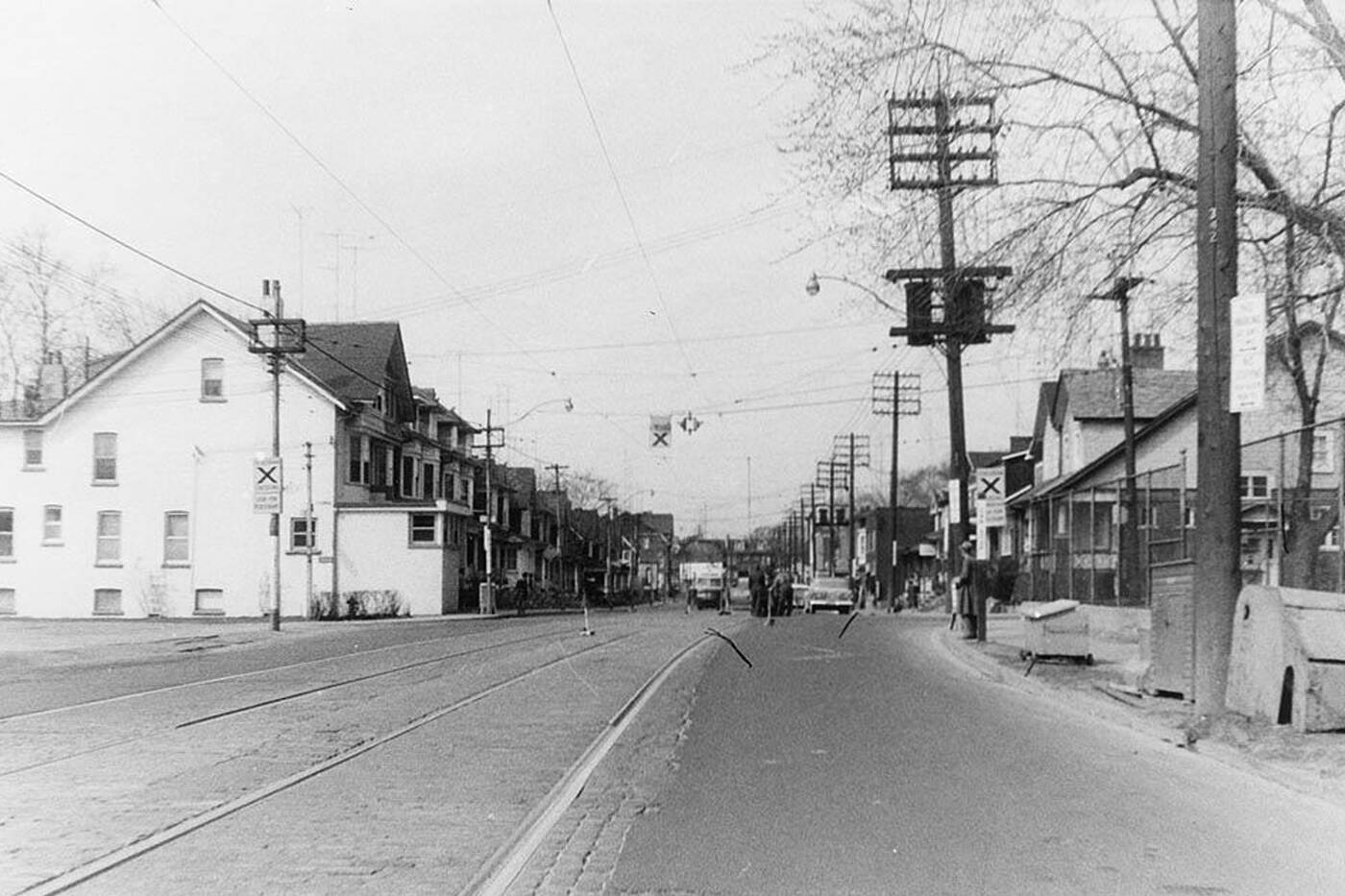 Although this was not the only property he owned in Toronto, it is the one that remained so closely associated with his name. And that was all thanks to his wife Lucy Brock.

After James Brock died in 1830, Lucy took it upon herself to subdivide the land for development, ensuring that sole or duel ownership would not be transferred to a single person. She also commissioned a road to be built in 1850 going right through the middle of the land, which would become known as Brock Avenue. 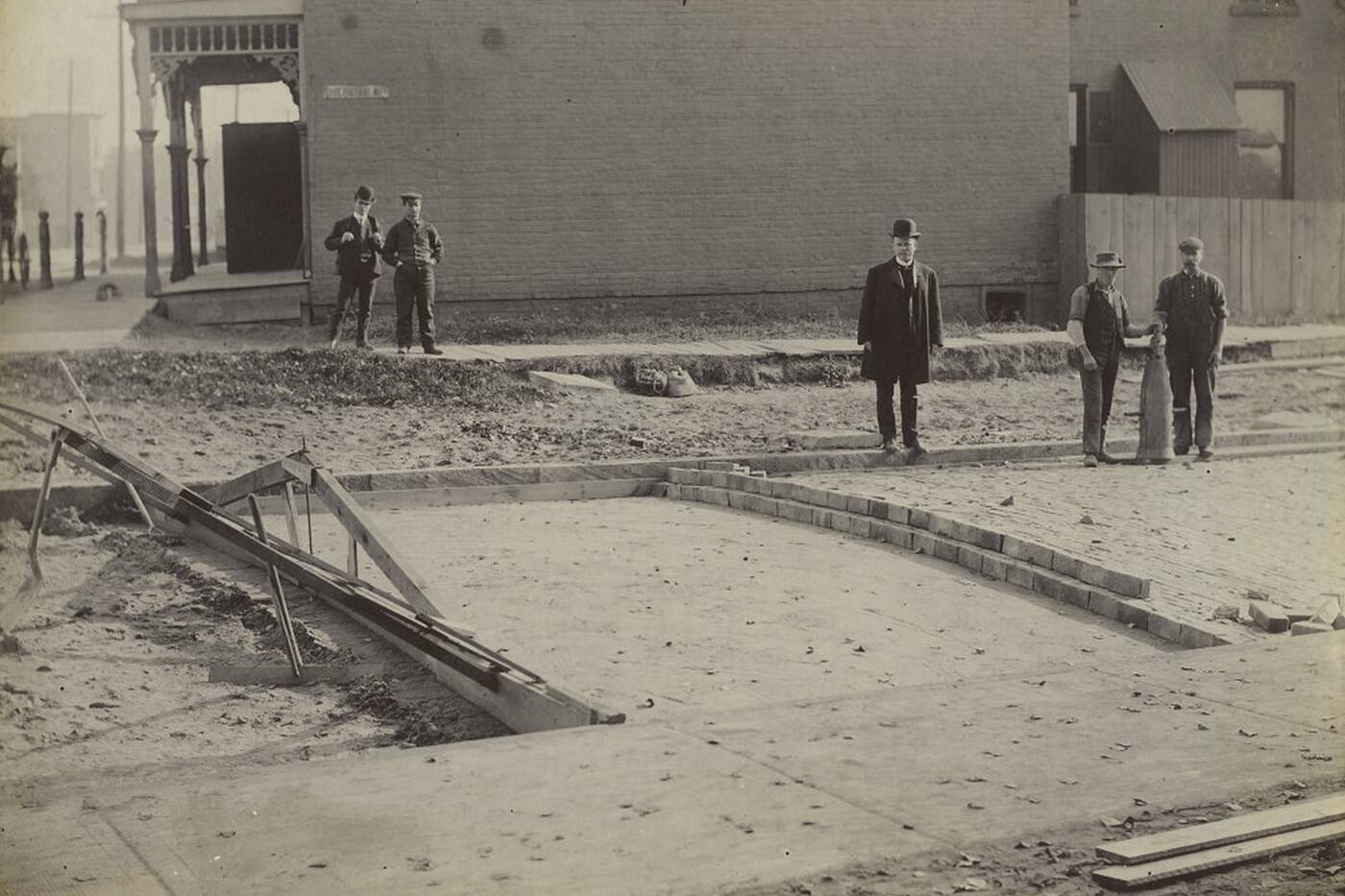 Putting down cobblestone bricks on Sheridan Avenue on November 6, 1903.

During the early 1800s, Brockton Village, with the exception of Dundas Street, was mostly made up of dirt and plank covered roads. Once the wood planks were no longer usable, residents of the streets would lift them to use as firewood.

A part of Toronto

While originally a village, it became the Town of Brockton in 1881, and was finally amalgamated with the City of Toronto in 1884. Nowadays the area neighbours Roncesvalles, Little Portugal and Parkdale. 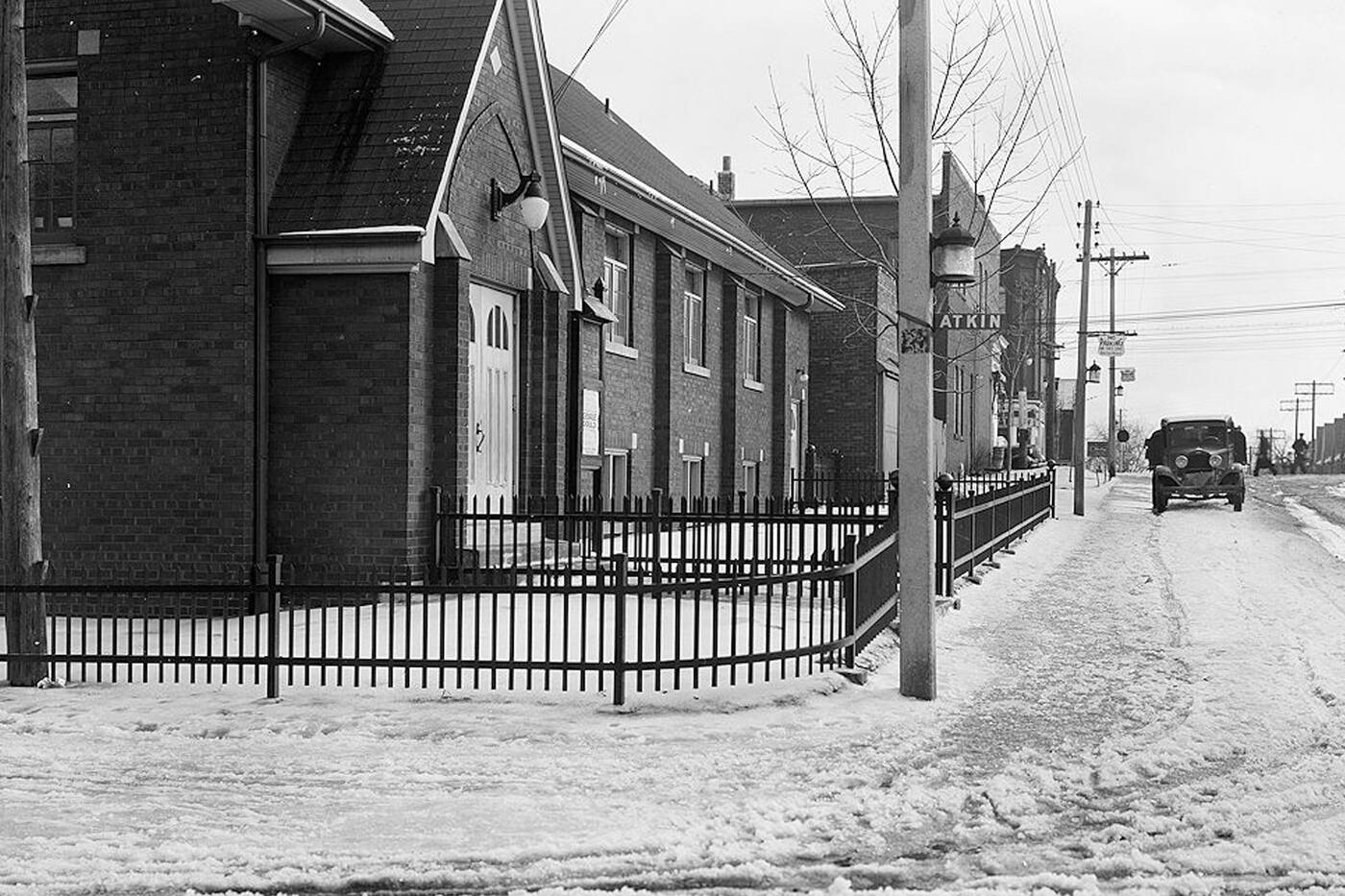 An iron fence outside a church on the southeast corner Brock and Atkin Avenue on February 20, 1939.

Brockton Village was popular amongst Eastern European, Italian and Portuguese immigrants moving away from the city towards the suburbs of Toronto.

As the area was quickly developing, there was a need for a Town Hall. In 1882 it was finally erected on the southwest corner of Dundas Street and Brock Avenue.

Over the years it served as a fire hall, police station and library. While it was eventually converted for commercial use, the building still stands on the same corner to this day. 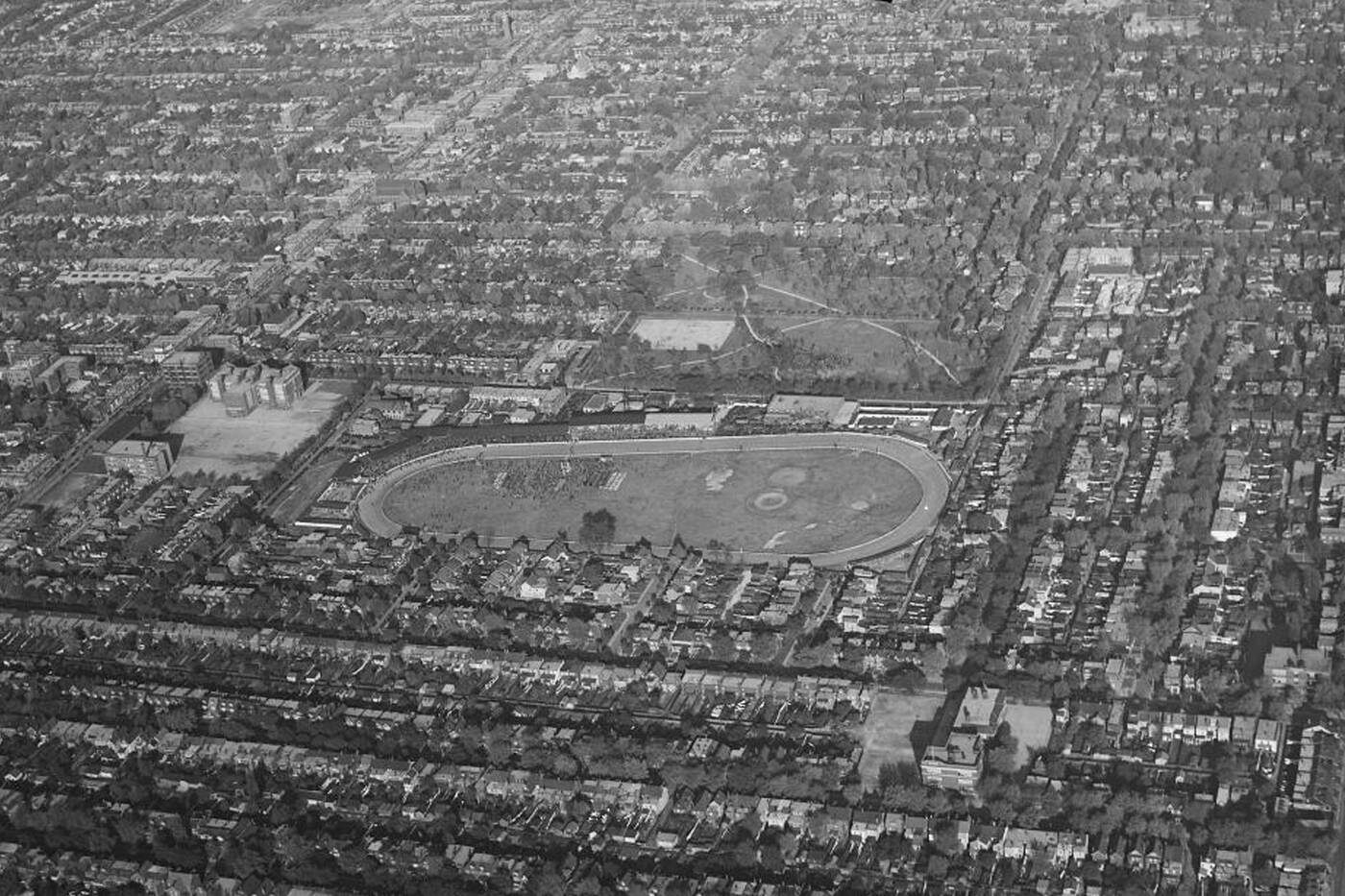 In the early 1900s, Abe Orpen leased a riding track in Brockton Village to be used as a public racetrack. Dufferin Park Racetrack, which stood where Dufferin Mall is today, became a hit with people in Toronto. It housed a stable of 35 horses and operated until 1955 when the remaining stakes races moved to Woodbine Racetrack. 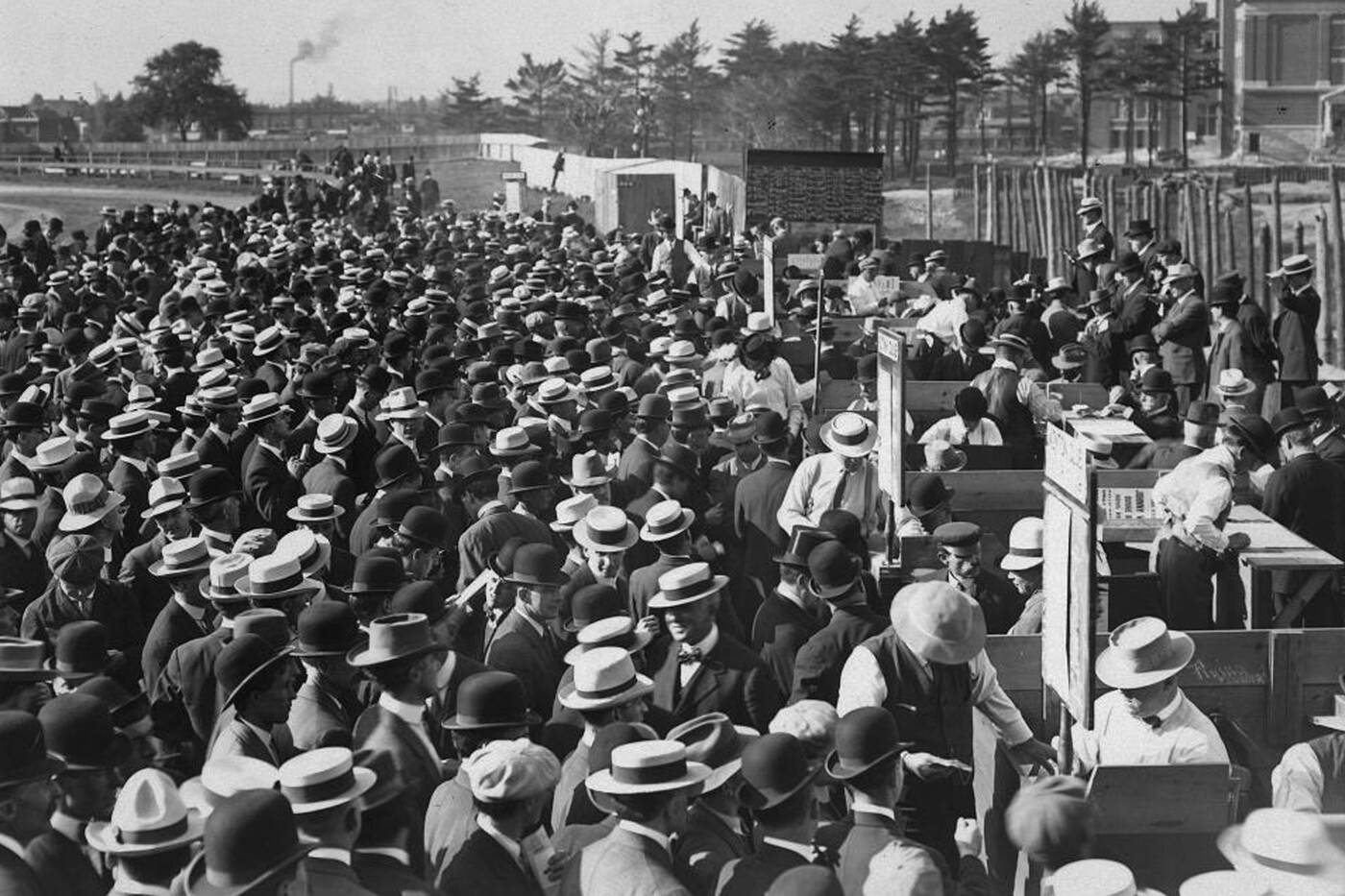 After the closure of the racetrack, the land was developed into a strip mall called Dufferin Plaza.

Almost two decades later when North American malls were becoming more and more popular, it was expanded into a shopping mall with a multi-level parking structure. 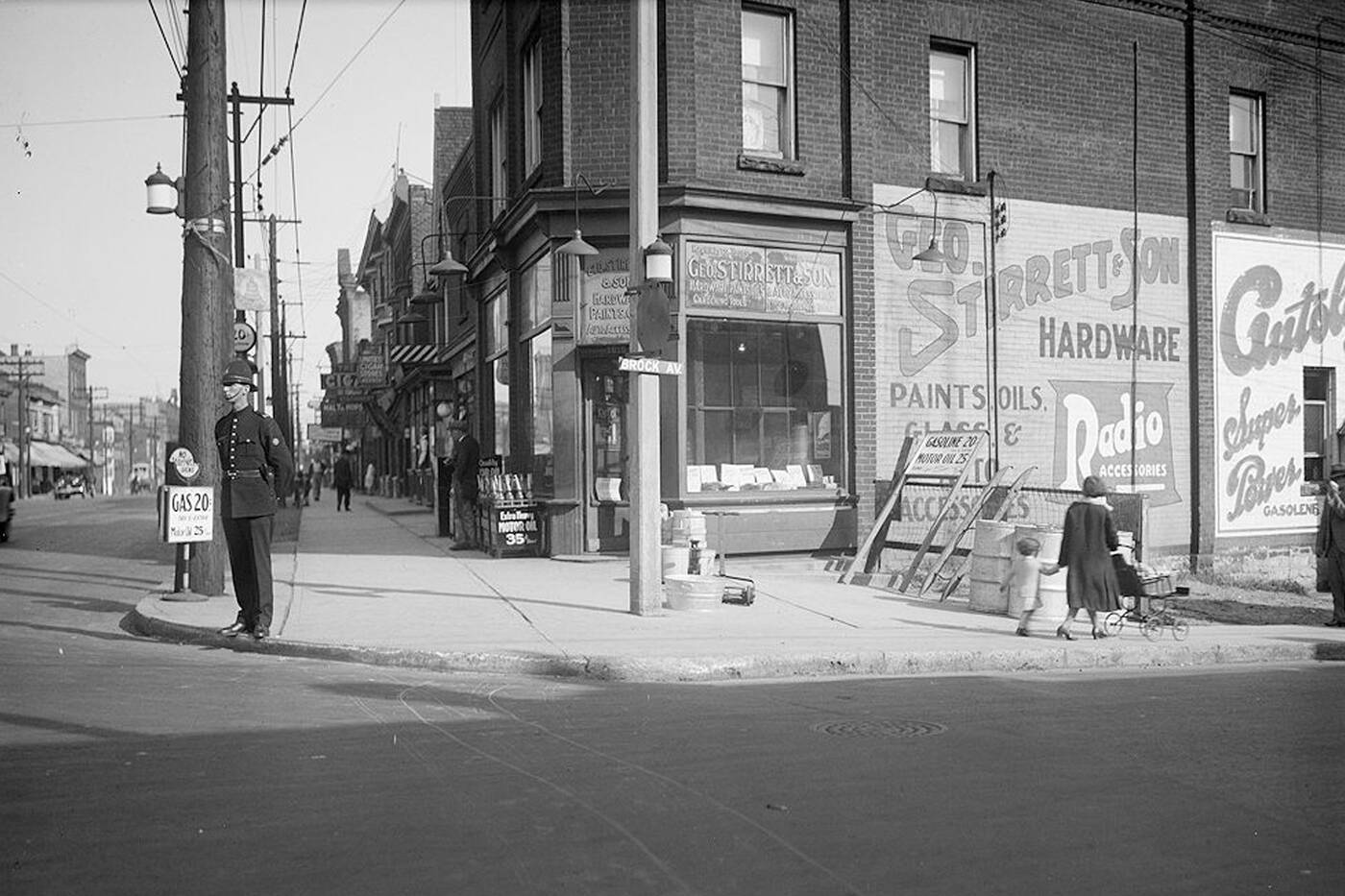 Corner of Brock and Dundas (present-day Safehouse Coffee) on September 22, 1930.

Although Brock Avenue is heavily residential, there are some notable institutions. McCormick Arena and Park have long been a neighbourhood favourite for recreation.

While Brockton Village has been slowly gentrified over the years, it hasn’t become a true trendy neighbourhood like Liberty Village or Kensington Market, just yet. Long-time residents and local businesses have played an essential role in preserving Brockton’s history and charm.