Many people may miss the stones on the edge of the park — in the summer months, the stones are part of a garden surrounded by greenery, and in winter they lay bare. 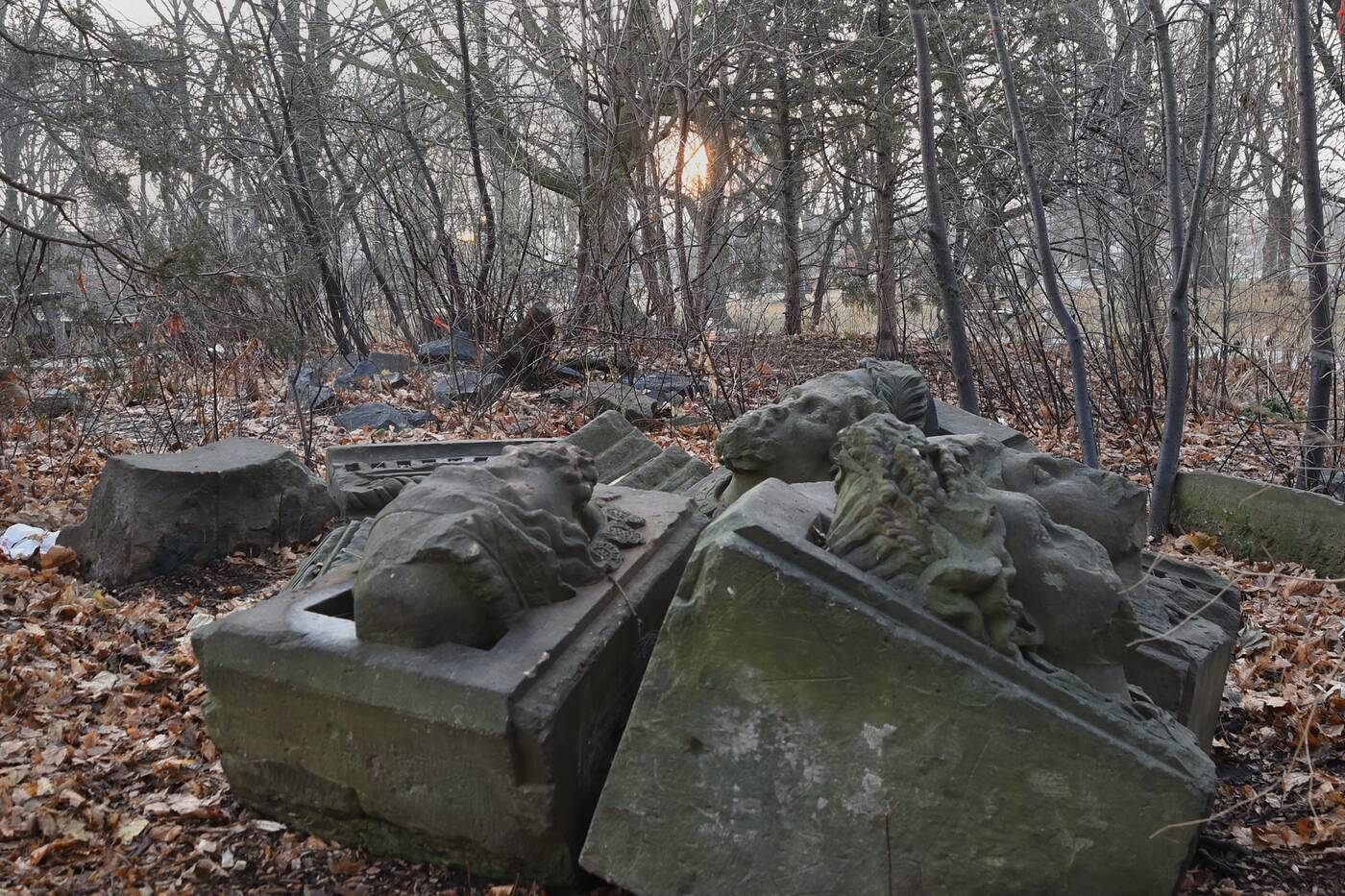 Architectural ruins are displayed on the western edge of Dufferin Grove Park. Photo by Karen Longwell

The "stone ruins are displayed in the garden folly style which is a traditional way of displaying such items in a deliberately ruined and picturesque way," a City of Toronto spokesperson told blogTO. "They are also a part of natural, native gardens, which obviously aren't at their best in December." 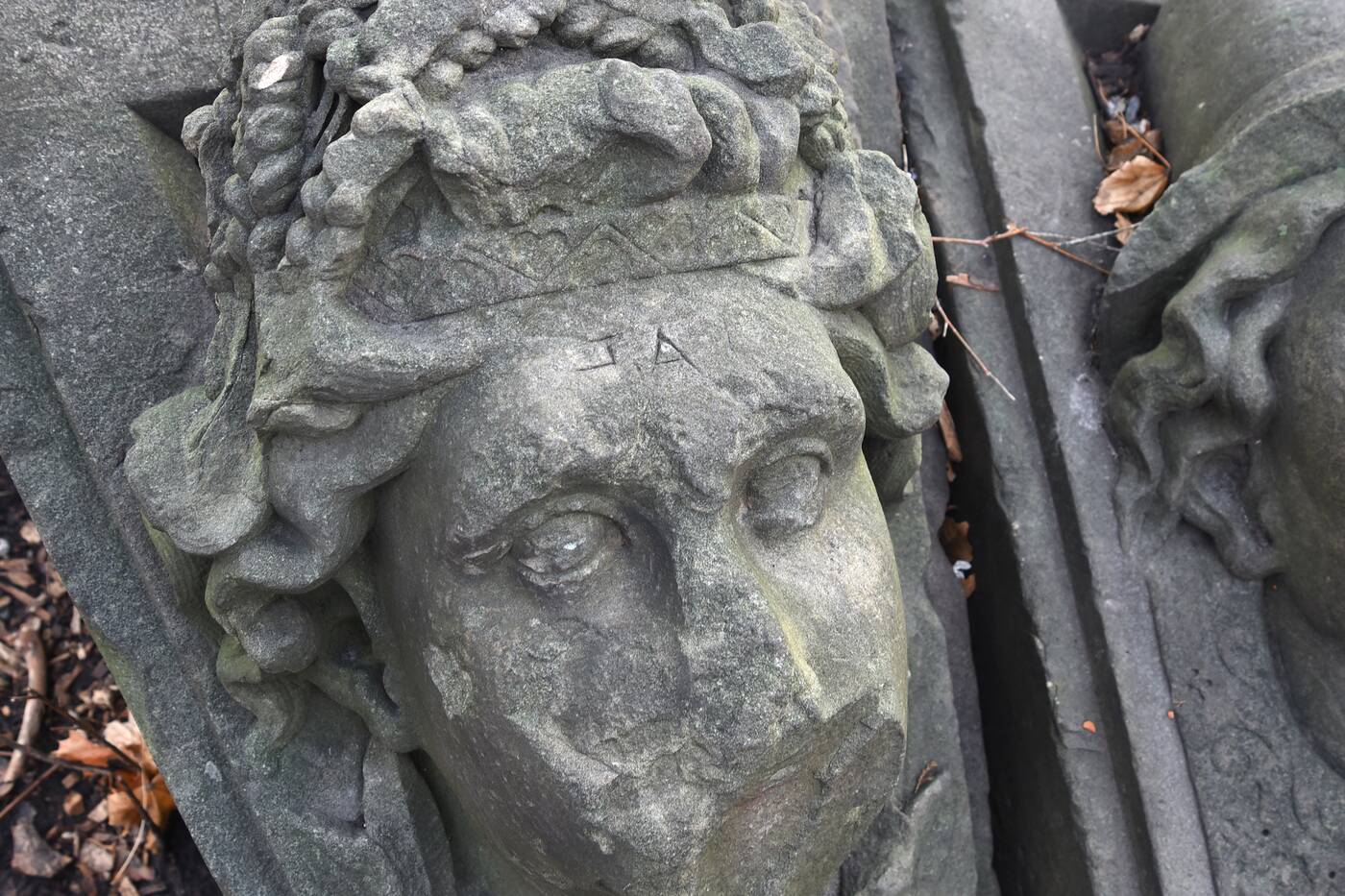 The ruins have been damaged over time. Photo by Karen Longwell

There are no markers or signs indicating the history of the stones. But the stones took a circuitous route to the park, as amateur historian Andrew Lochhead recently wrote in spacing.

The stones were originally part of Customs House, built in 1876 at Front and Yonge Streets, historian Doug Taylor wrote on his blog. 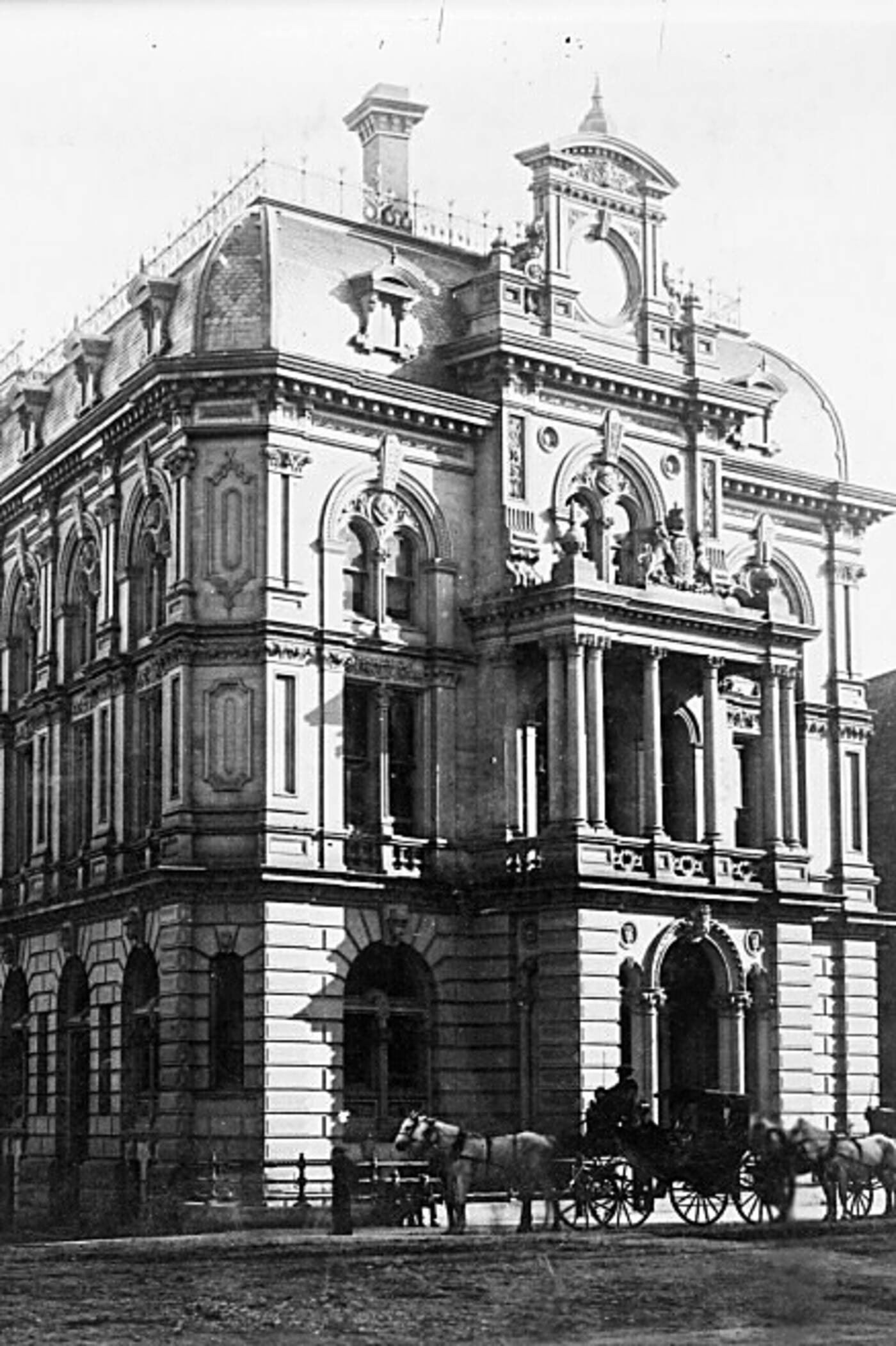 From there, some of the stones came to High Park and were referred to as the Witches Stones, in an area of the park popular for bush parties. 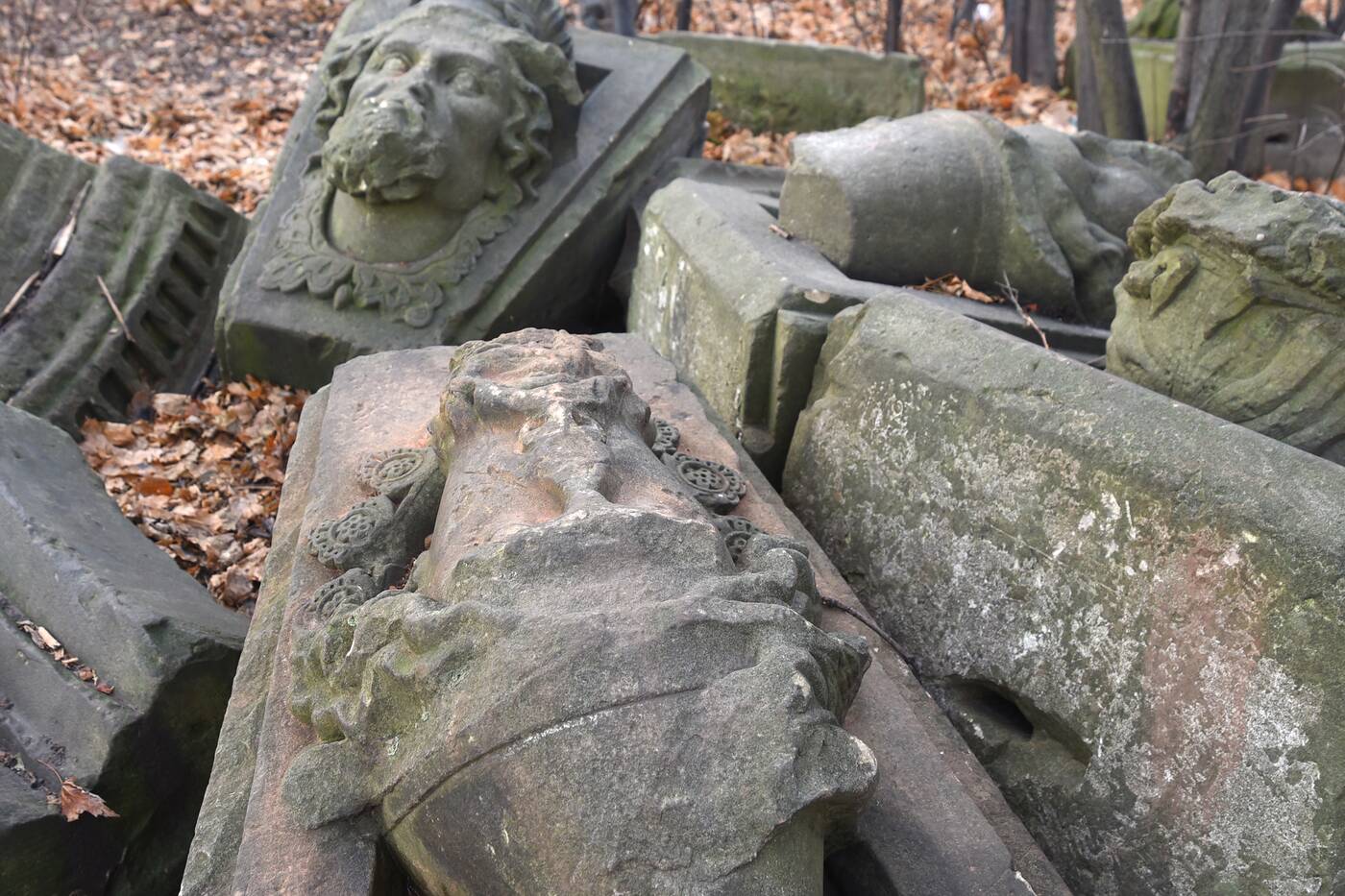 The stones were once in High Park and moved to Dufferin Grove in 1998.  Photo by Karen Longwell

In 1998, the stones were moved again, after artist and landscaper Gene Threndyle applied to the Toronto Arts Council for a grant to build a fountain and marsh garden down in the Garrison Creek hollow by Dufferin Street, according to the Dufferin Grove Park website.

"The Parks supervisor of the time, Mike Hindle, helped out by lending a backhoe and driver, and by bringing over all those big old architectural stones that surround the fountain (which had been languishing in the High Park service yard until Gene asked about them)," the site reads. 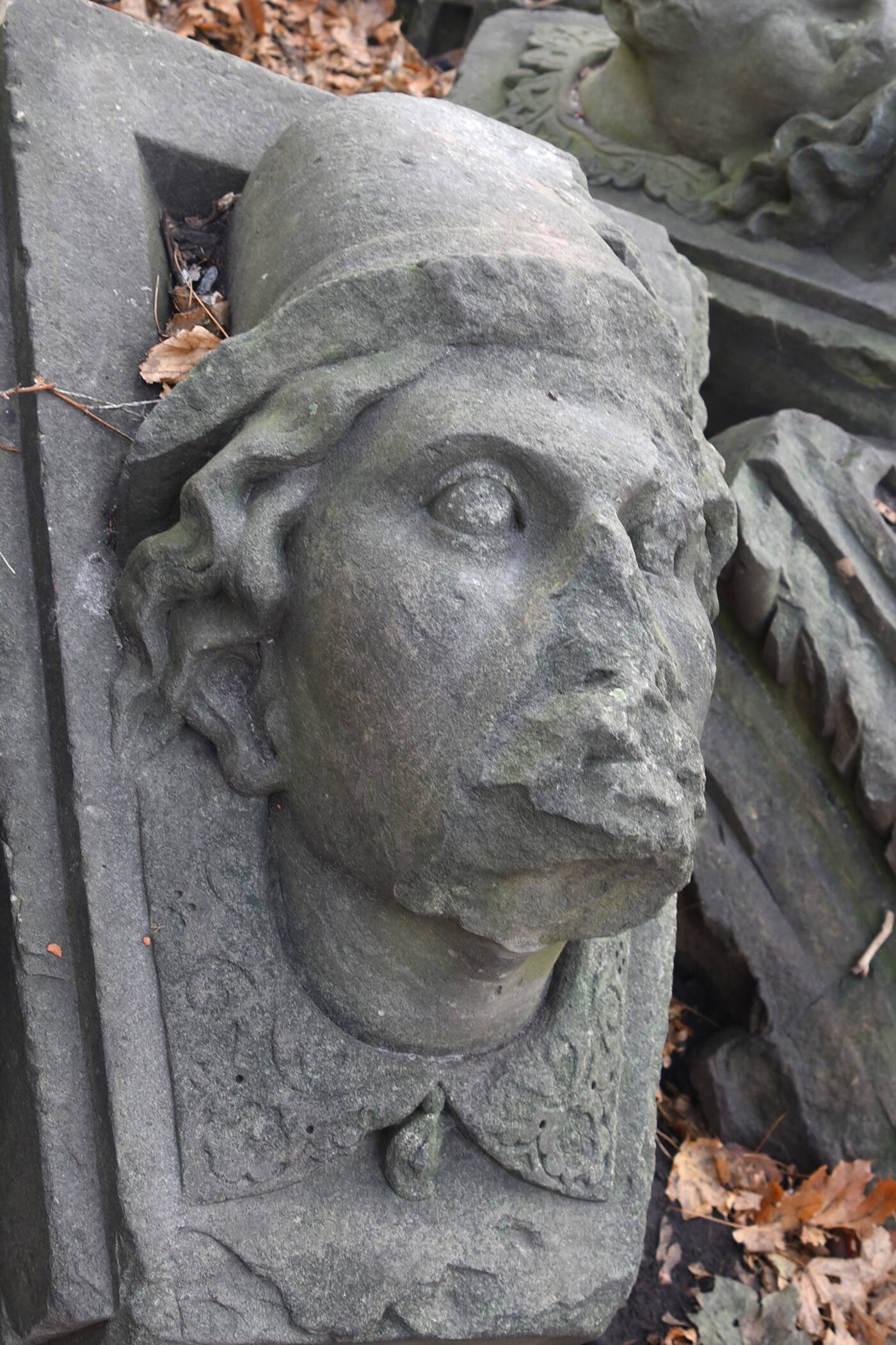 The stones are a reminder of Toronto's history.  Photo by Karen Longwell

Although they look a little worn these days, the stones remain beautiful and are a reminder of Toronto's architectural history.