A new design of a creative classroom in Toronto almost makes you want to be a kid again.

The classroom at Associated Hebrew Schools' Posluns Campus features pod walls, which students can climb into from ladders.

The private school, located near Bathurst Street and Hwy. 401, wanted to re-design a classroom in honour of a donor, said Ben Gaum of Toronto's Projekt Studio Architects. 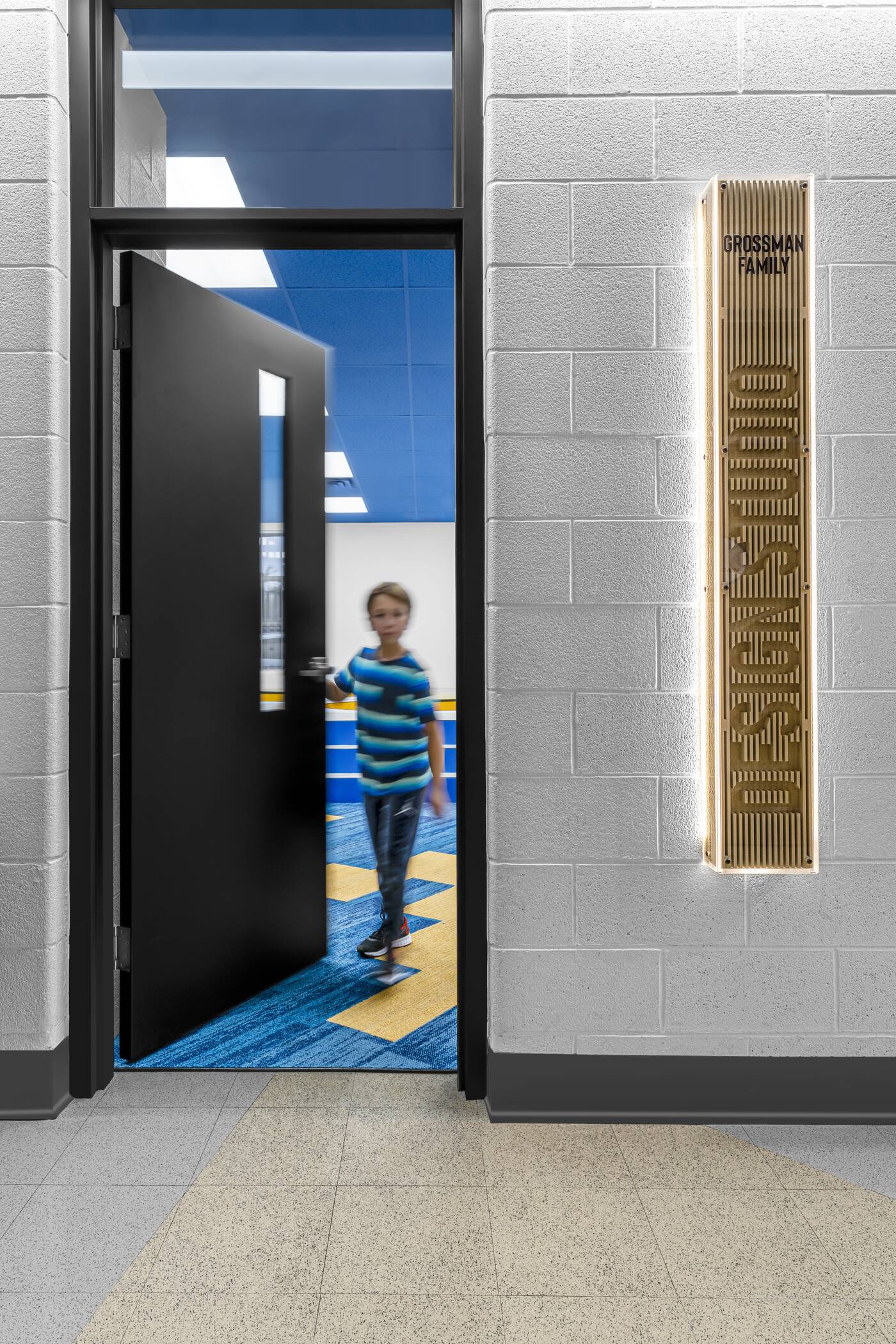 "They wanted something new and fresh and exciting," said Gaum.

The classroom, which is about 900 square feet, is called the Grossman Family Design Studio named after the donor. 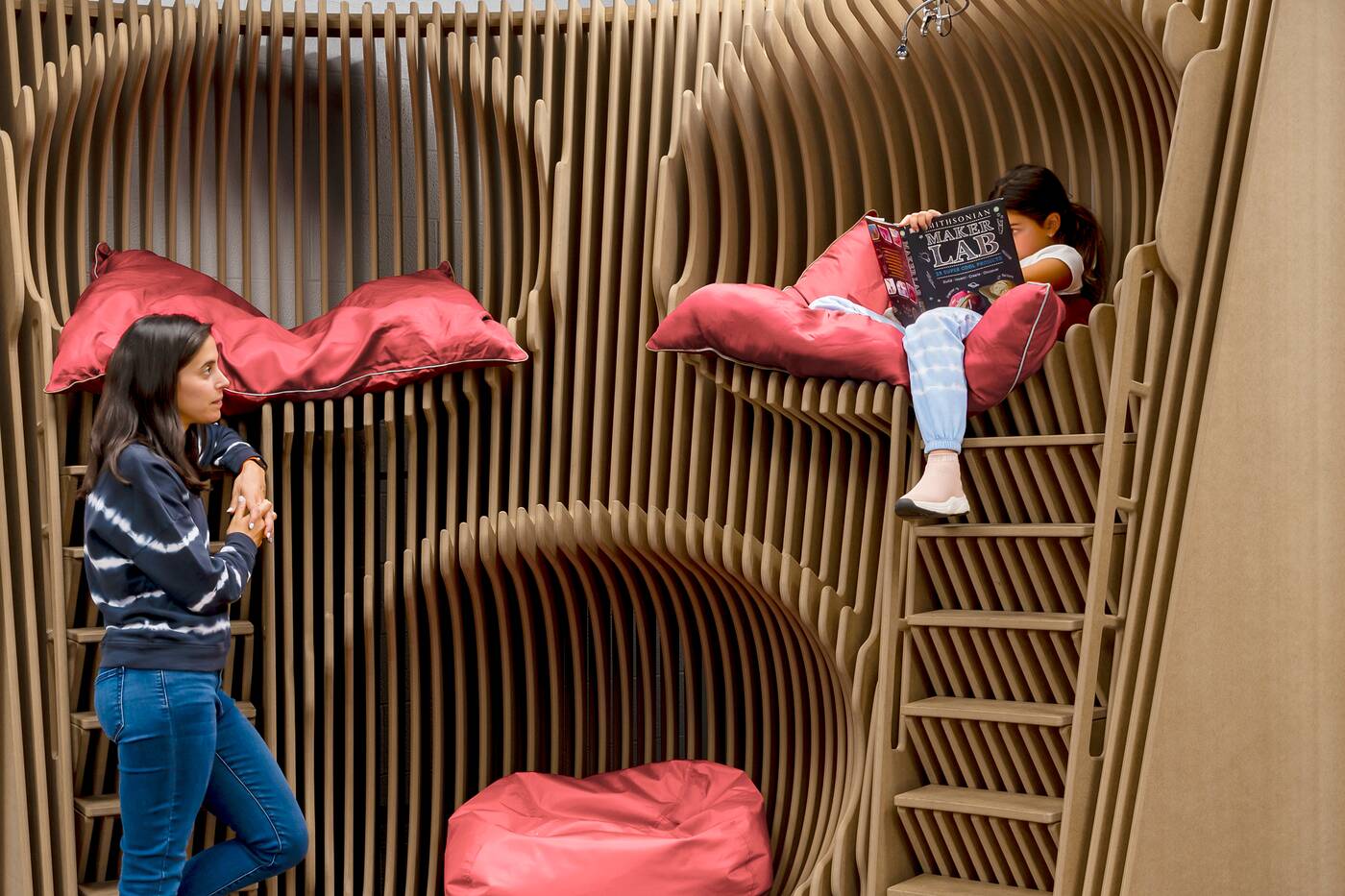 Students can work on independent projects in learning pods.

The idea for the pods came out of Gaum's imagination.

Gaum said he put himself "inside the brain of a 7 or 8-year-old kid," and thought what would a kid love to do.

"It's all about climbing, up and down at different levels and nesting yourself in a little cave area," he said. "It is just all these fun, adventurous ways of using every inch of the space, horizontally, also more importantly, vertically." 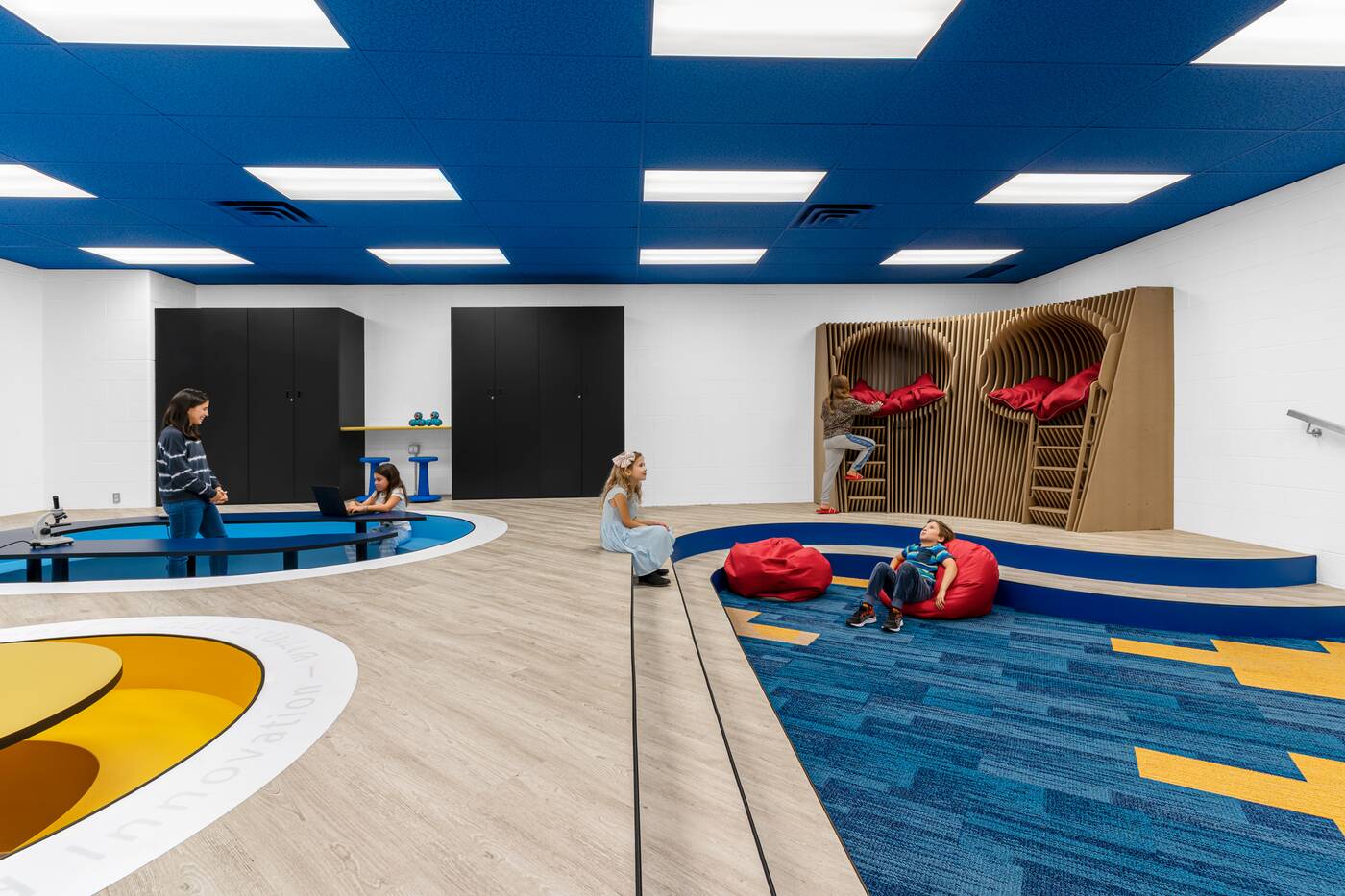 Students can work at more formal tables or in comfy bean-bag chairs.

The more formal seating is sunken with three tables — two circular tables and a U-shaped table.

"Walking into space like that, l believe, really encourages creativity," he said.

Because it is unlike any of the standard classrooms, it inspires students to think creatively. 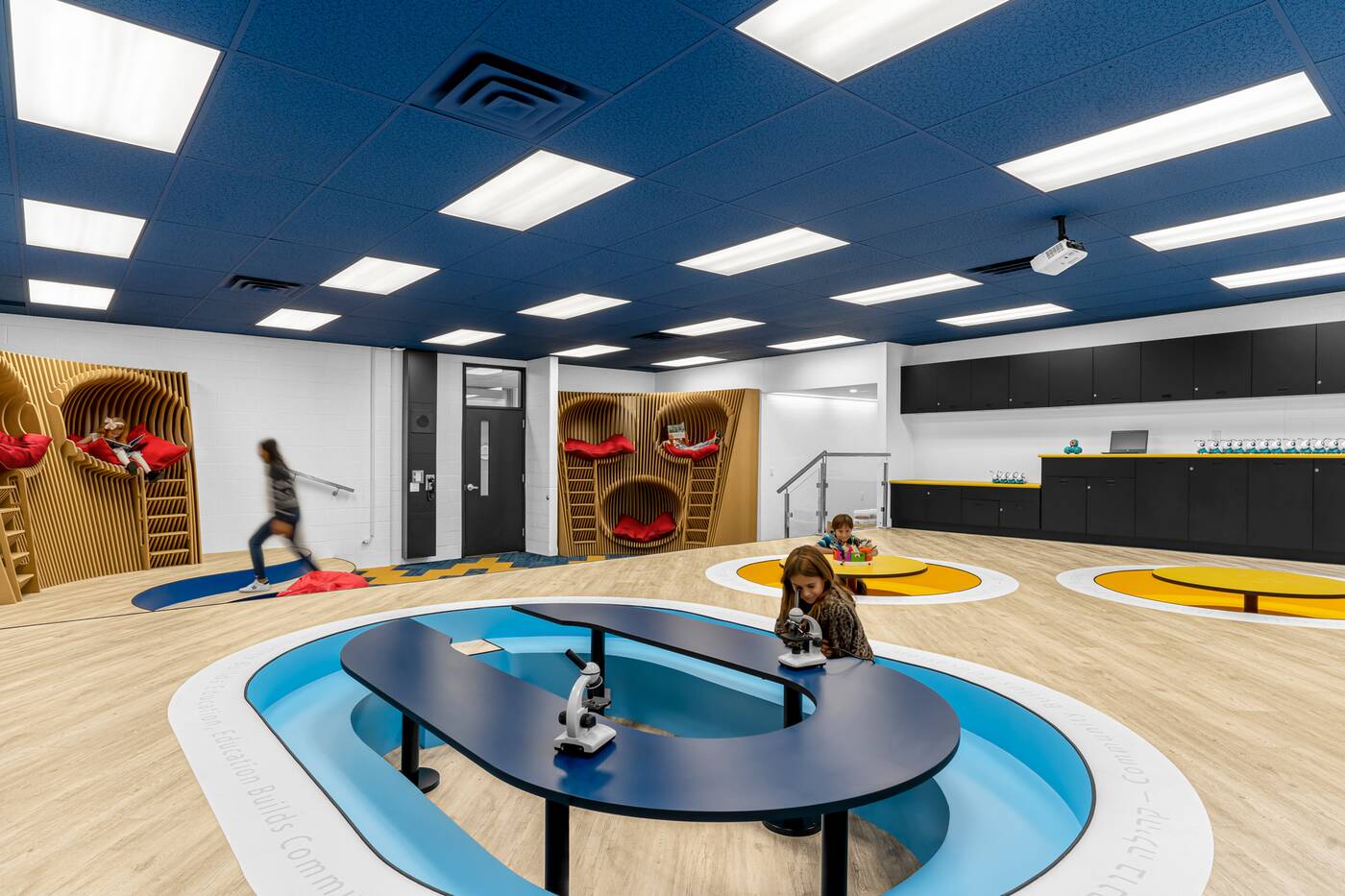 The sunken area tables can be removed so the classroom is flexible.

The school has been using the new classroom since September. With COVID-19, the tables were designed to be removable so the room could be more flexible and not just a design space.

"That was a direct reaction to COVID," he said.

The classroom has been used as an overflow room to keep students safely distanced.

Gaum noted there were a number of artisans and craftsmen who put the project together including Oakley Construction, Forrest Hill Group, Timber Art CNC, PS Studio, and Interface.