The history of the Village of Islington in Toronto

The Village of Islington is known for being Toronto's Village of Murals. The neighbourhood — bounded by Bloor Street West, Rathburn Road, Islington Avenue and Mimico Creek — is decorated with 28 murals celebrating the area's people and history. 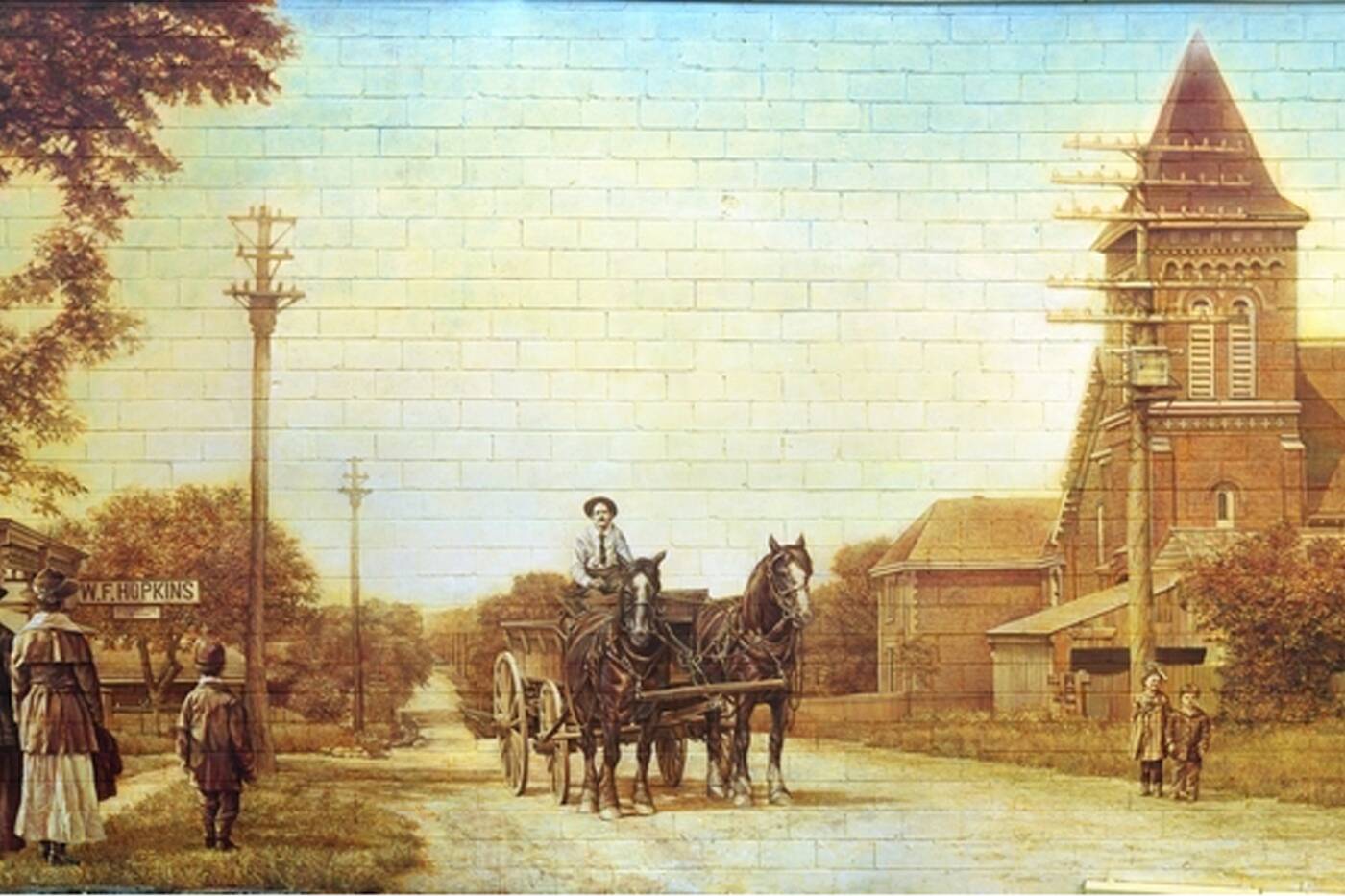 "The Way We Were, Islington-1900" mural painted by John Kuna in 2005. Photo via Village of Islington.

It's a history that can be traced back to the late 1700s. Interestingly, Islington wasn't the original name of the neighbourhood, which was called Mimico after the Mimico Creek. The creek played a large role in the development of Islington Village, as did Dundas Street, which runs right through it.

According to the Etobicoke Historical Society, Dundas Street was created to connect York (present-day Toronto) with southwestern Ontario. As more and more travellers commuted along Dundas, the area began thriving. To this day, the businesses running along Dundas play a huge role in the neighbourhood. 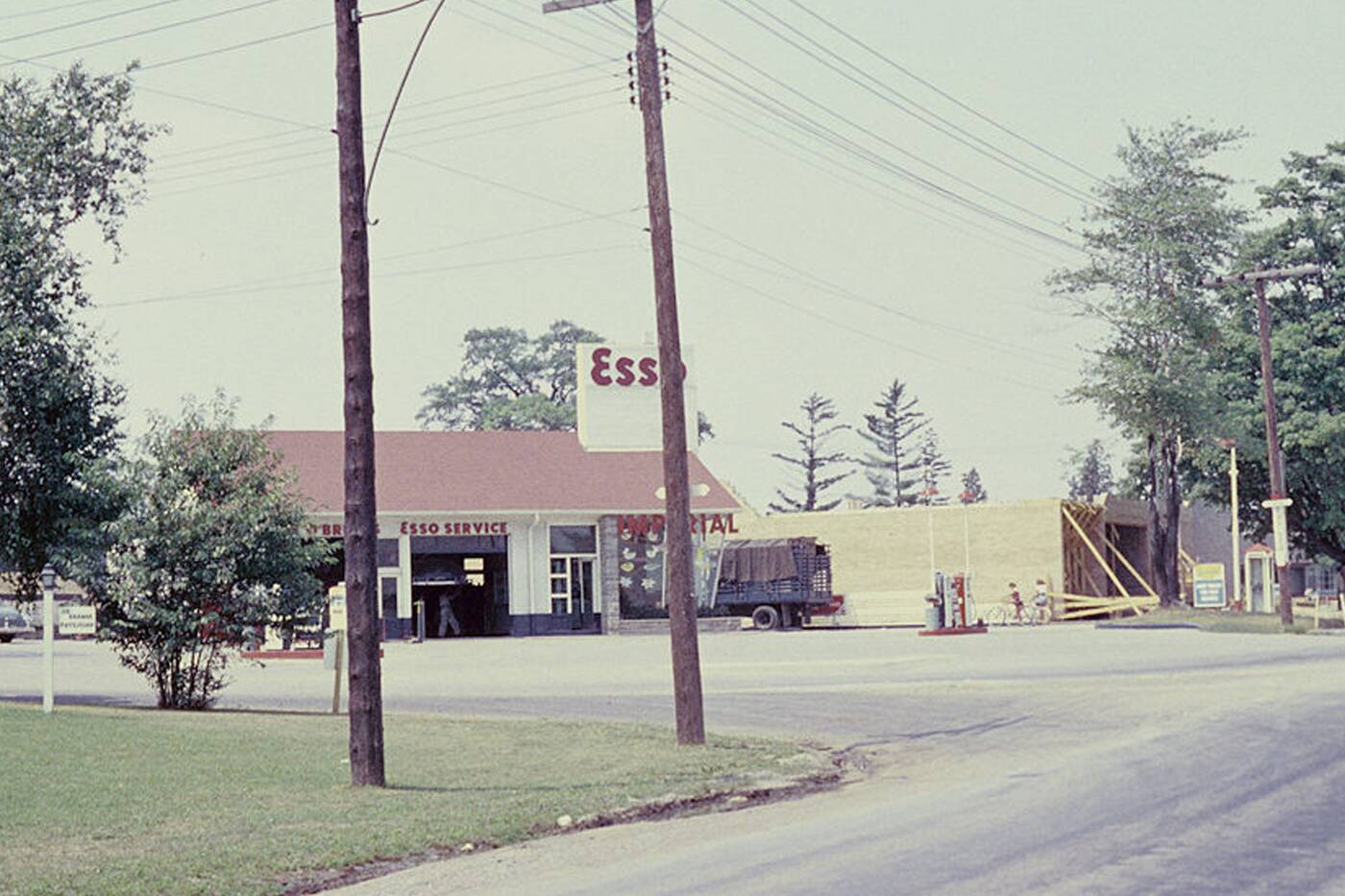 Esso station at the north-west corner of Islington Avenue and Rathburn Road at the Thorncrest shopping centre in 1955. Photo via Toronto City Archives.

All of Islington Village stands on the former area of ten 100-acre lots, meaning the earliest settlers were all lessees. According to the Village of Islington's website, the first permanent settlers were George and Mary Johnston in 1798.

Originally from the United States, they settled on one of the 100-acre Clergy Reserve lots with their nine children. It roughly covered the area of Dundas between Kipling and Mabelle avenues.

In 1815, they purchased another lot just west of Kipling Avenue, in between Bloor Street and Burnhamthorpe Road. They spent decades farming the land, with six generations of Johnstons living there until the land was sold in 1985. 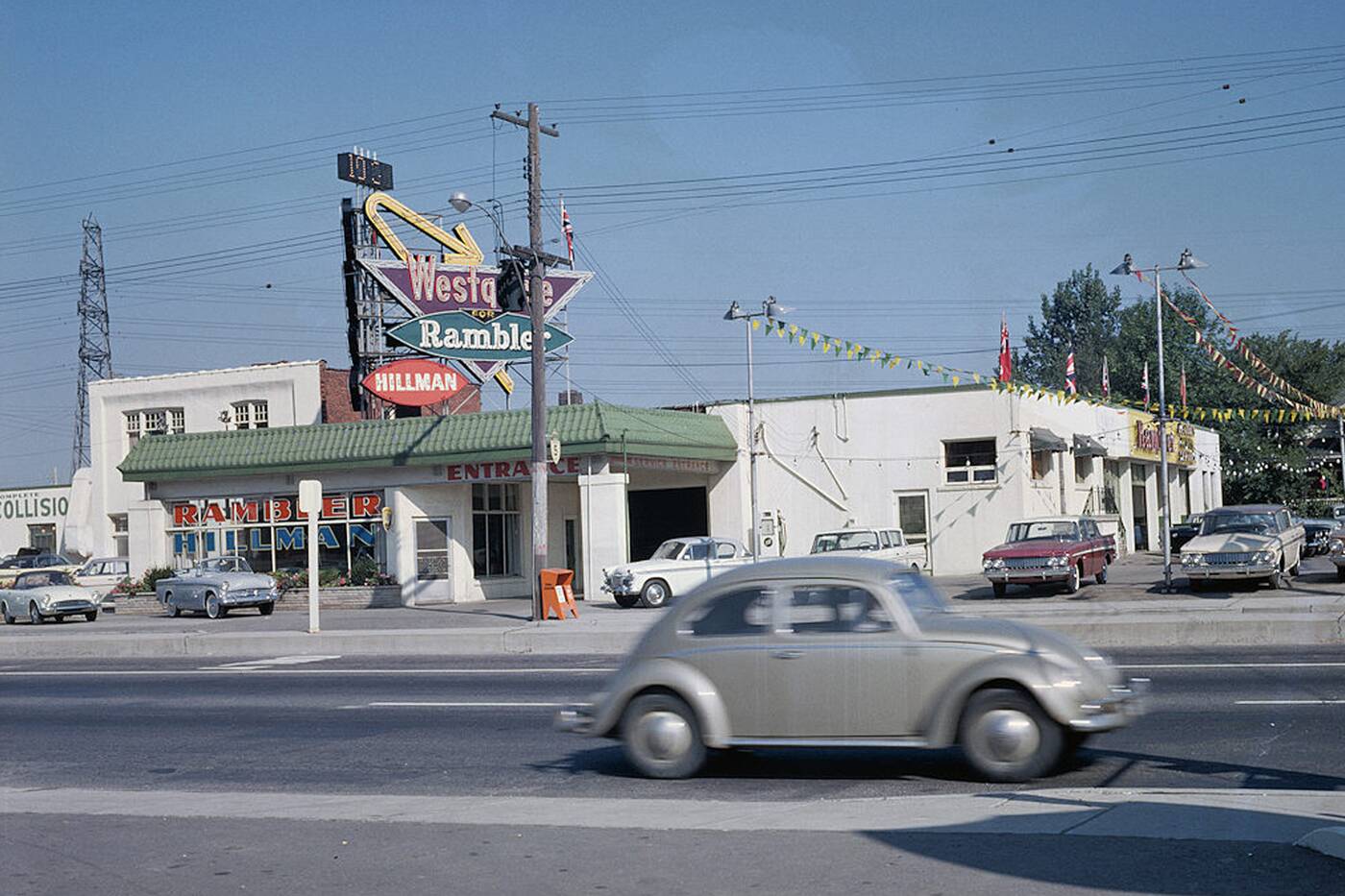 According to the Village of Islington’s website, four heritage Johnston houses still stand, 1056 and 1078 Islington Avenue, 1100 Kipling Avenue and 66 Burnhamthorpe Road. The latter was named "Valleyview" and was built by the youngest of the Johnstons' sons in 1907. 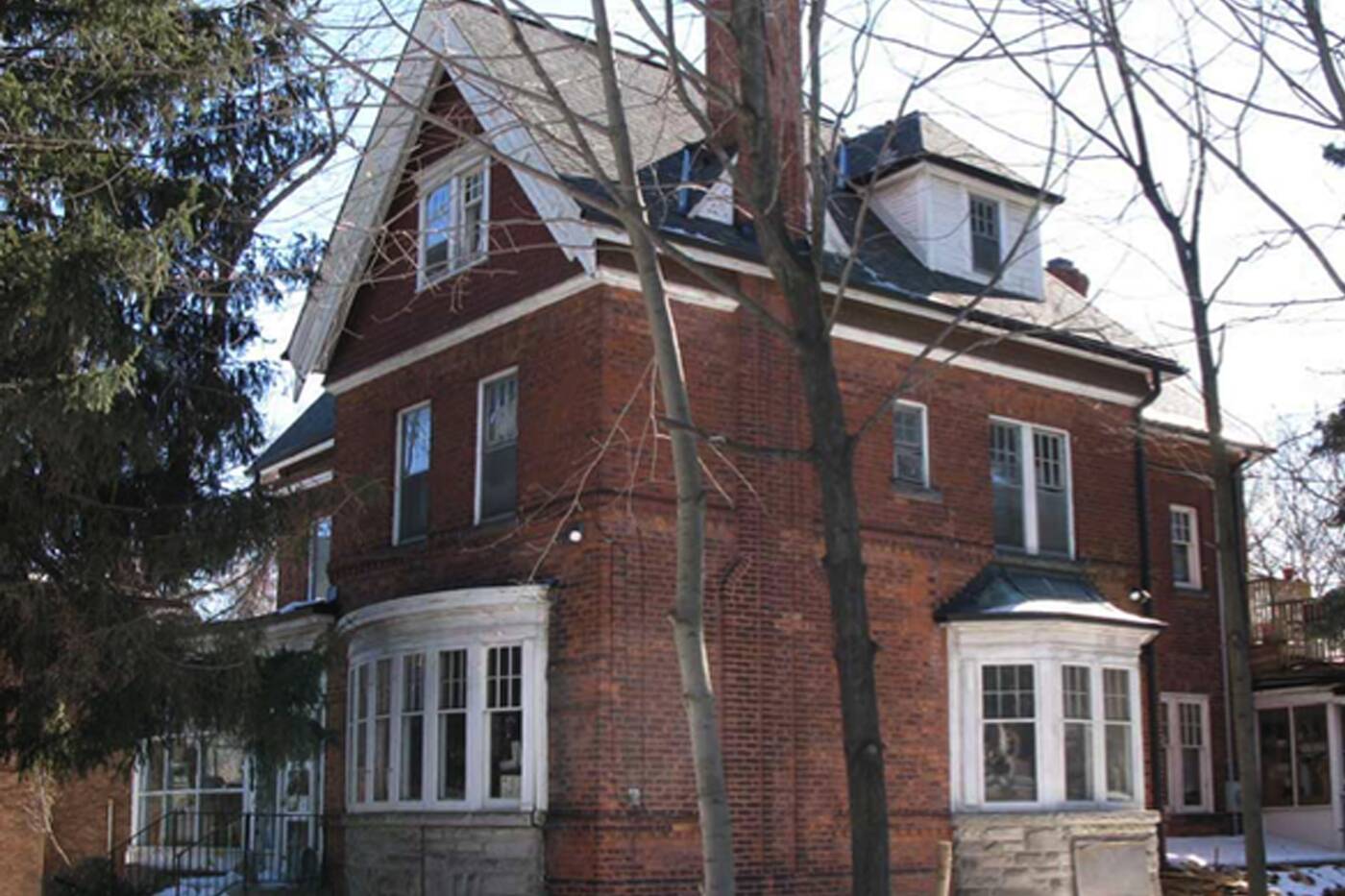 The historic 66 Burnhamthorpe Road in 2015. Photo via Etobicoke Historical Society.

It was then sold in 1934 to Alexander Loblaw, who was the son of the Loblaws grocery store founder, Theodore Loblaw. After over three decades, he sold the property in 1966.

Like the Johnstons, the Wilcox family settled in Islington Village after moving from New York state in 1815. They lived on a lot just north of the Johnstons and are credited for a great deal of development in the area.

Amasa Wilcox built a sawmill on the east bank of Mimico Creek in 1820, which is now where Islington Golf Course stands. 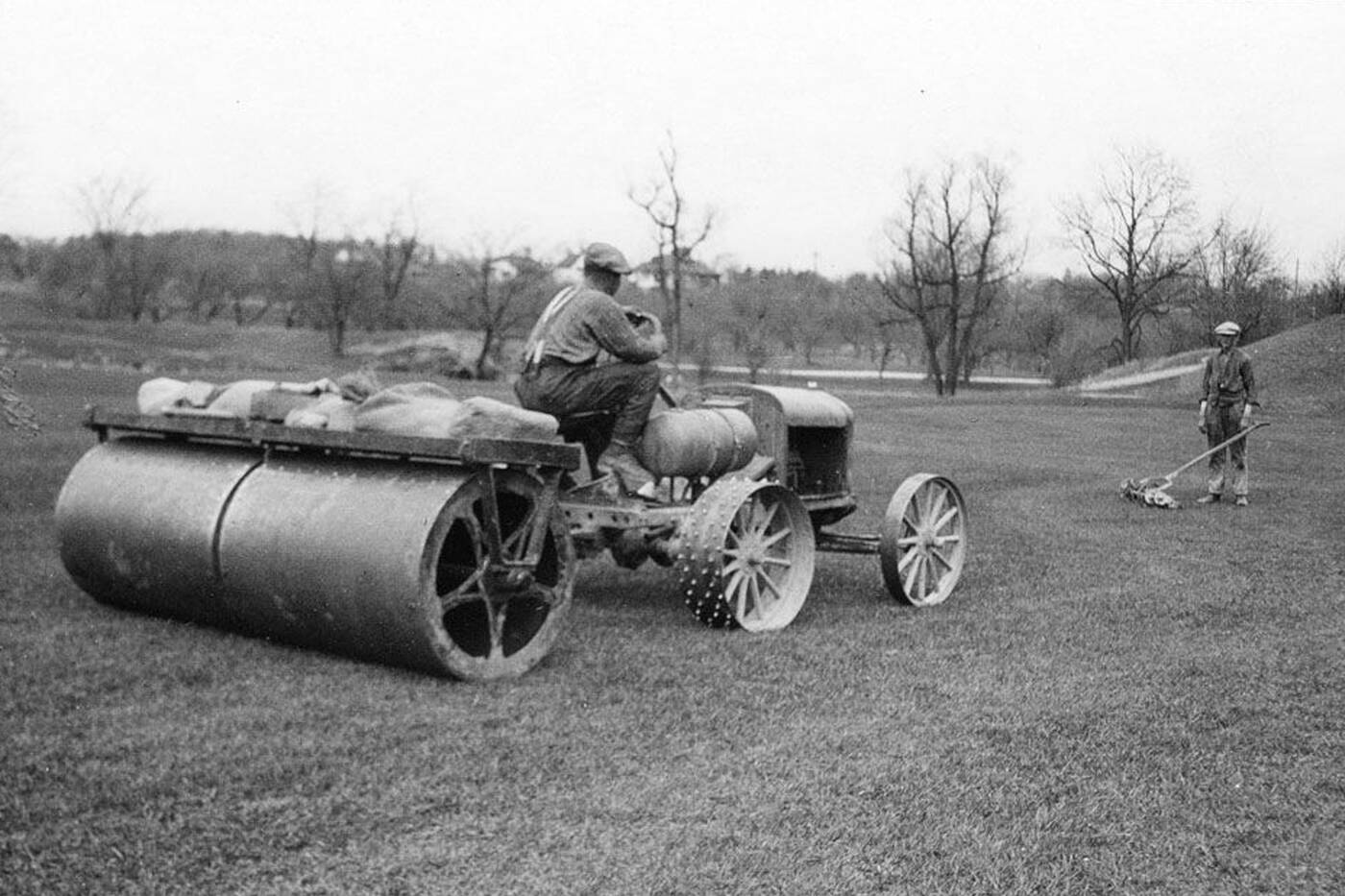 The church now known as Islington United Church was established in 1818, as a Methodist society. In the 1820s, the Methodists gathered at a school in the area, but soon outgrew the small building.

In 1843, the congregation built a church building on land donated by Amasa Wilcox. It was not an extravagant structure but could seat around 200 people. Families attending each paid for their own pew every quarter. 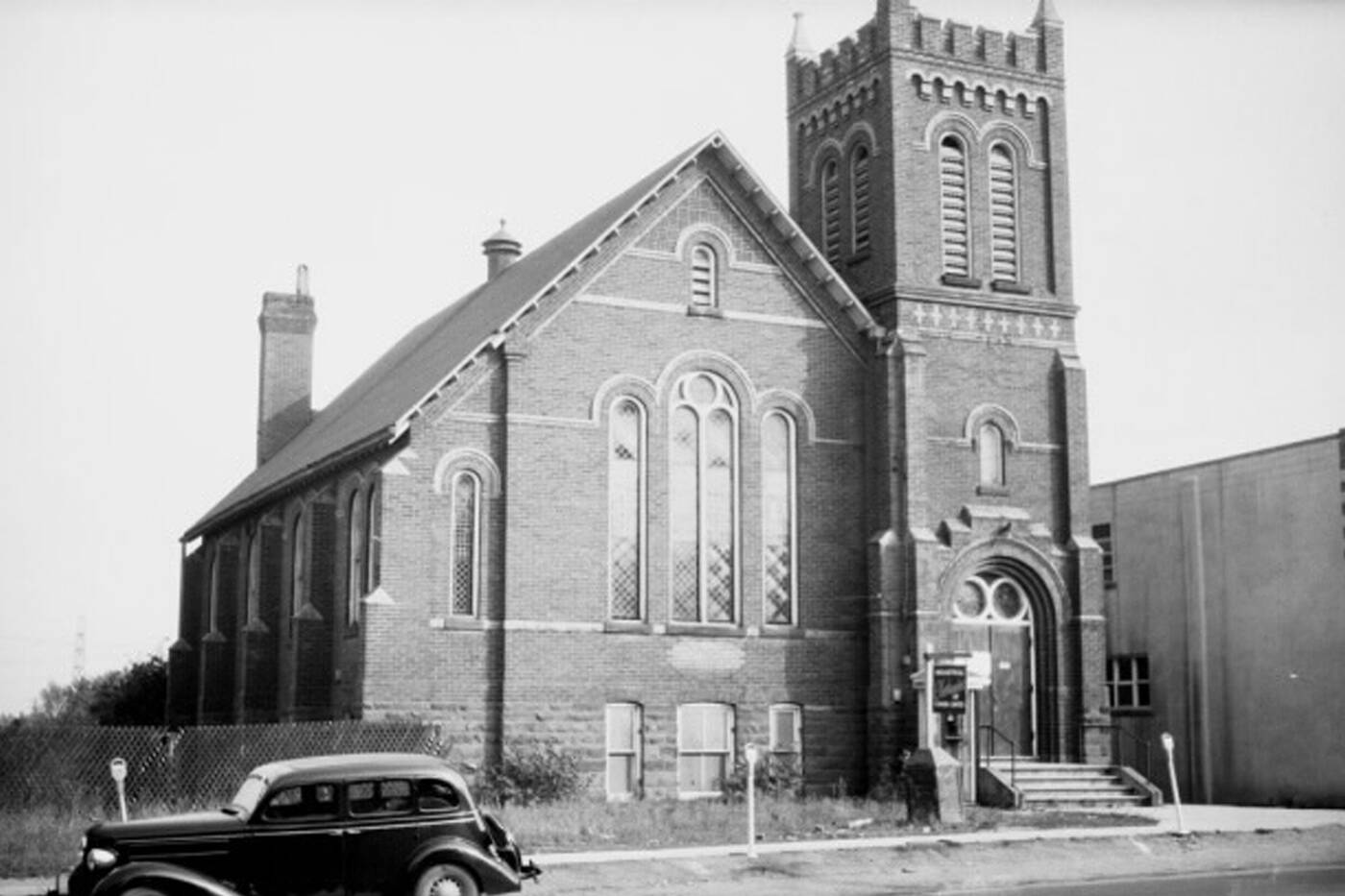 A few decades went by and the congregation continued to grow under its first minister, Reverend William John Barkwell. A new church was built on the south side of Dundas Street, east of Cordova Avenue.

In 1925, after the formation of the United Church of Canada, Islington Methodist Church became Islington United Church, which is what it is known as to this day. Over the past century, the church has continued to expand both its building and congregation.

One of Islington Village's most notable landmarks was built in 1832, as Montgomery's Inn. Thomas Montgomery, an Irish immigrant, founded the Inn in the 1830s to serve the area's frequent visitors. The building stands on the southeast corner of Islington Avenue and Dundas Street West. 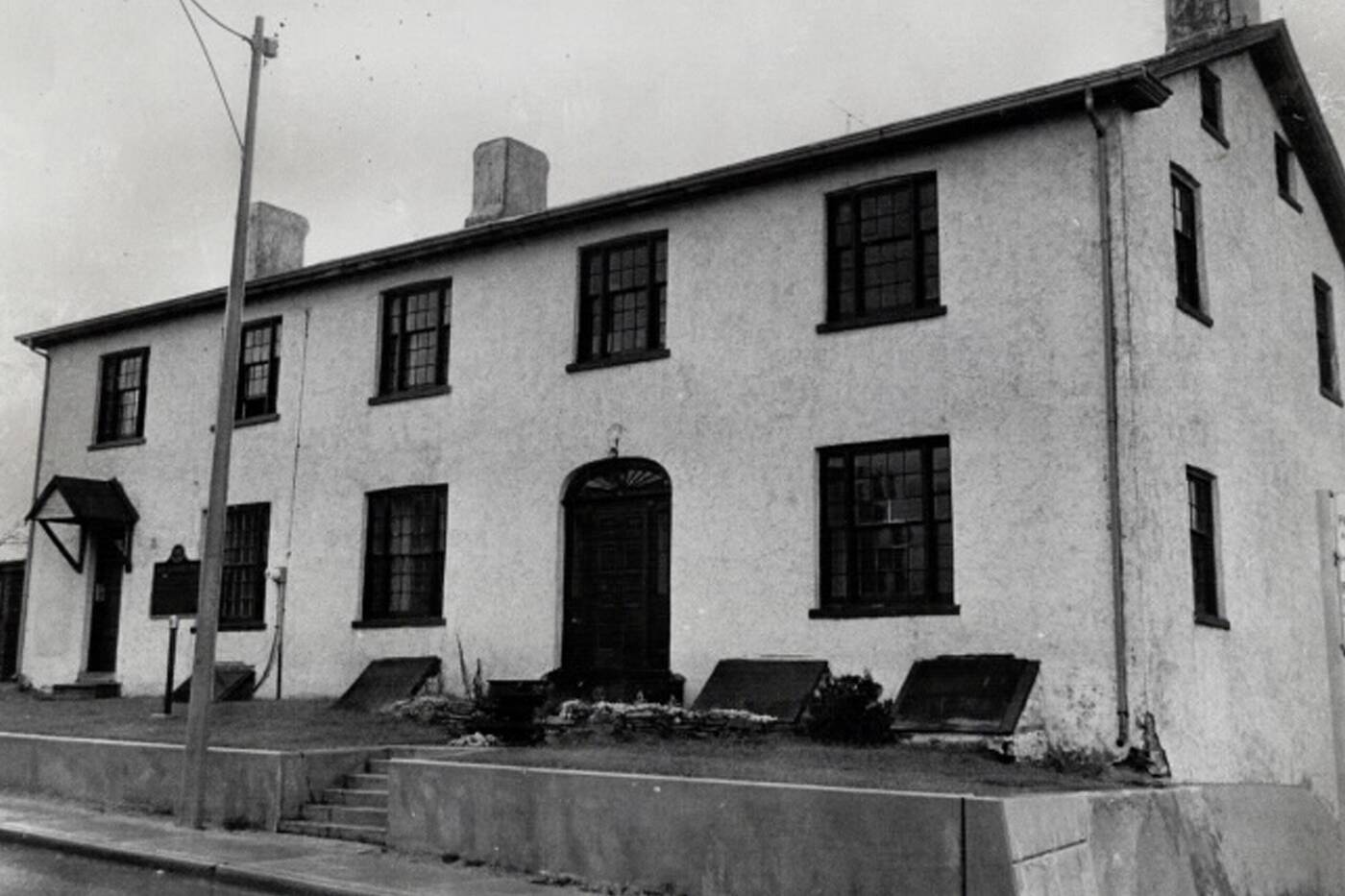 The inn operated until around 1856, and was later rented out to farmers. Although its ownership has been transferred many times, it is now in the hands of the City of Toronto Government.

These days the inn is surrounded by a bustling city, and serves as a reminder of the intricate history of the neighbourhood. Visitors can travel back in time and enjoy the Montgomery's Inn museum and tea room.

Church on the hill

In 1844, Bishop John Strachan approved a new parish for the area, and Saint George's On-the-Hill Anglican Church was built. The land was donated by William Gamble, who also founded Mimico's Parish of Christ Church. The building was designed by William Tyrrell, designer of the Old Mill. 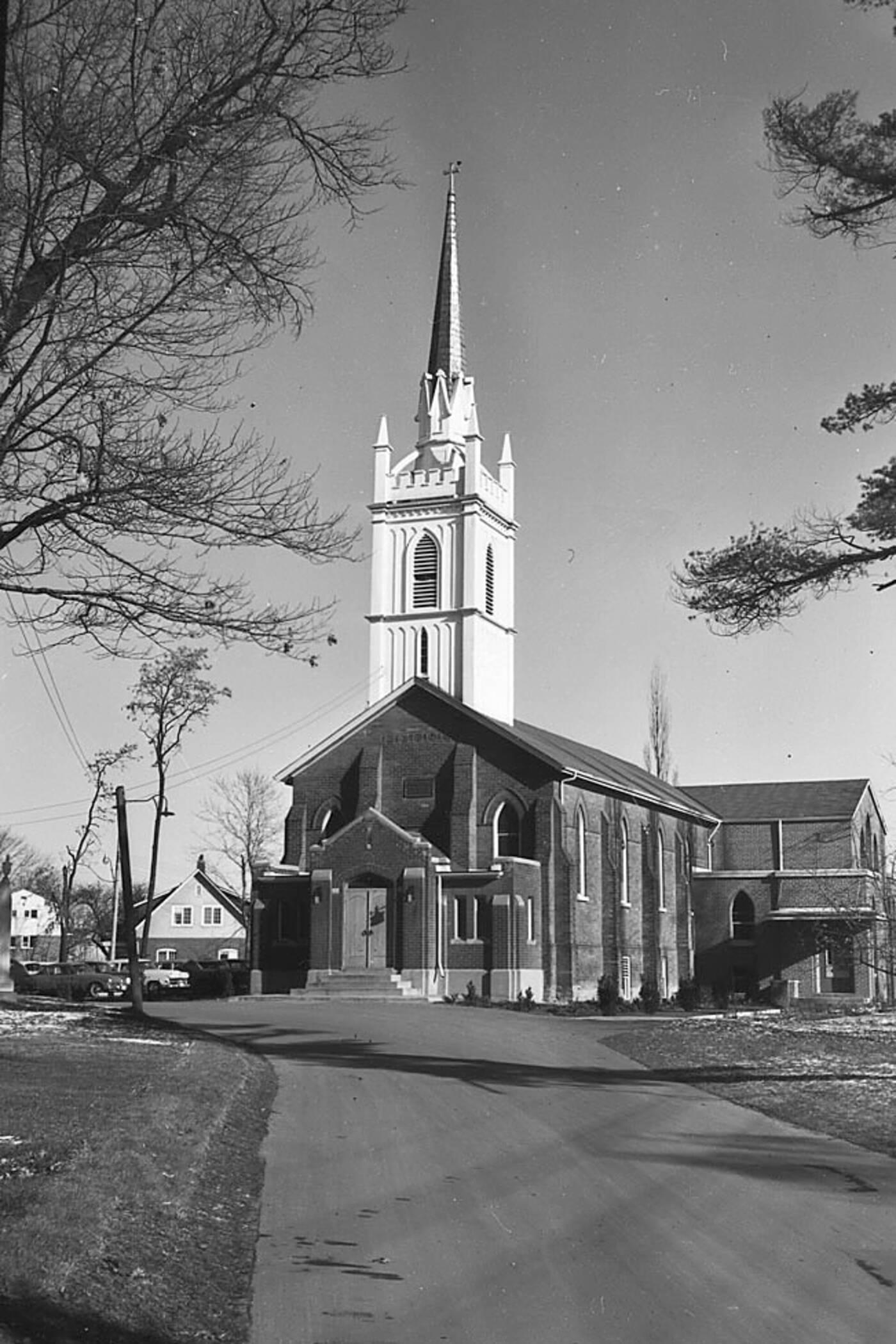 The Church's white brick and tall spire were hard to miss and became a gathering place for many residents in the neighbourhood. Since its original opening in 1847, the building has seen several renovations and expansions.

By the mid-1800s, the neighbourhood had 150 residents, and when Etobicoke became independent in 1850, its municipal offices and town service buildings were opened in Islington Village. 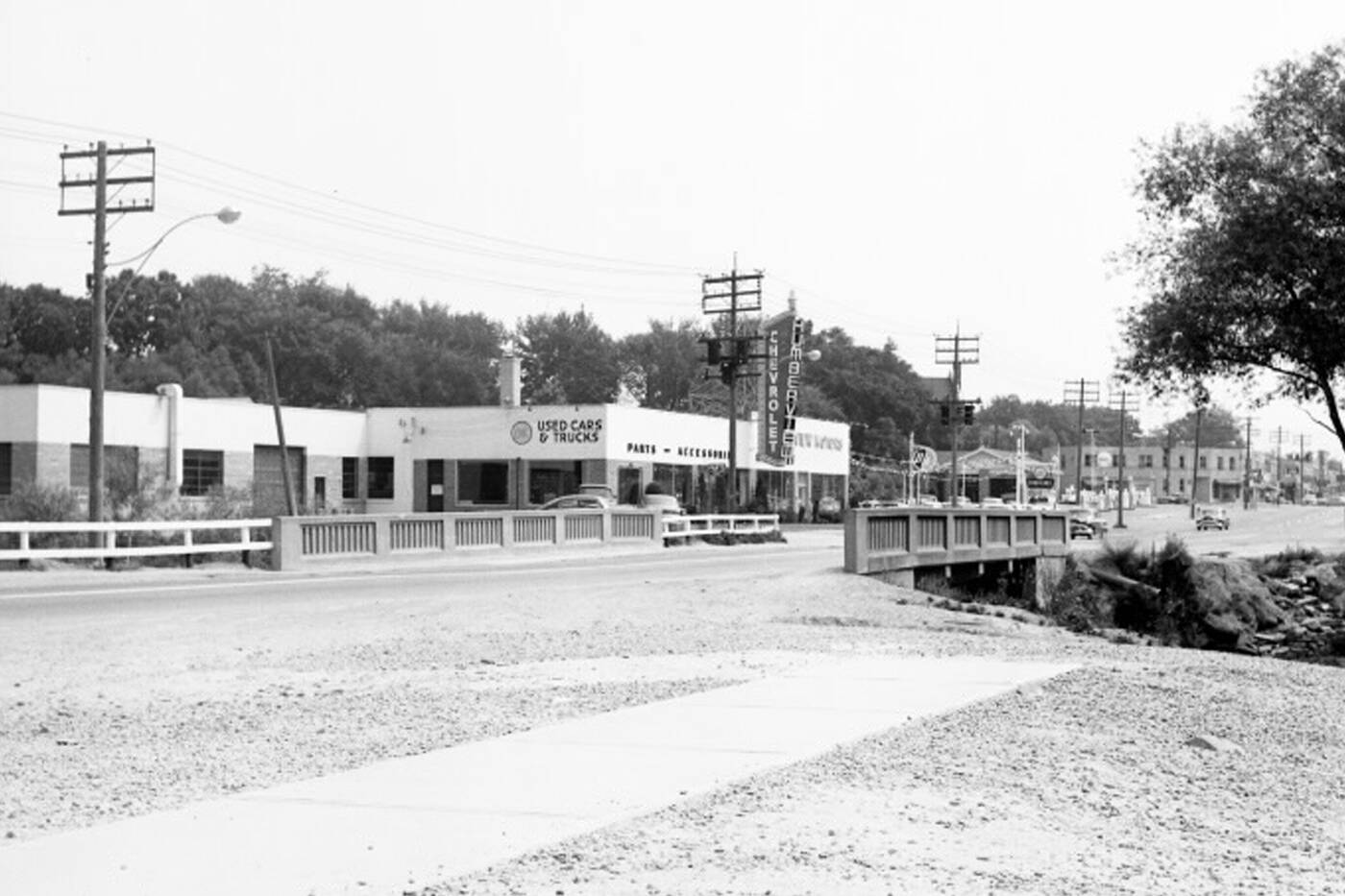 Islington was given its present-day name in 1858, by Elizabeth Smith, whose husband Thomas owned the neighbourhood's Thomas Smith Inn, located around Dundas and Islington.

When naming the new town post office, they realized that the name Mimico was already taken by the Mimico neighbourhood in the south-east end of Etobicoke.

This led Elizabeth to pick Islington, after Islington, England, the place she was born. In 1860, Thomas Musson became the postmaster at Islington Post Office in Musson’s General Store, which was originally built by the Wilcox's. 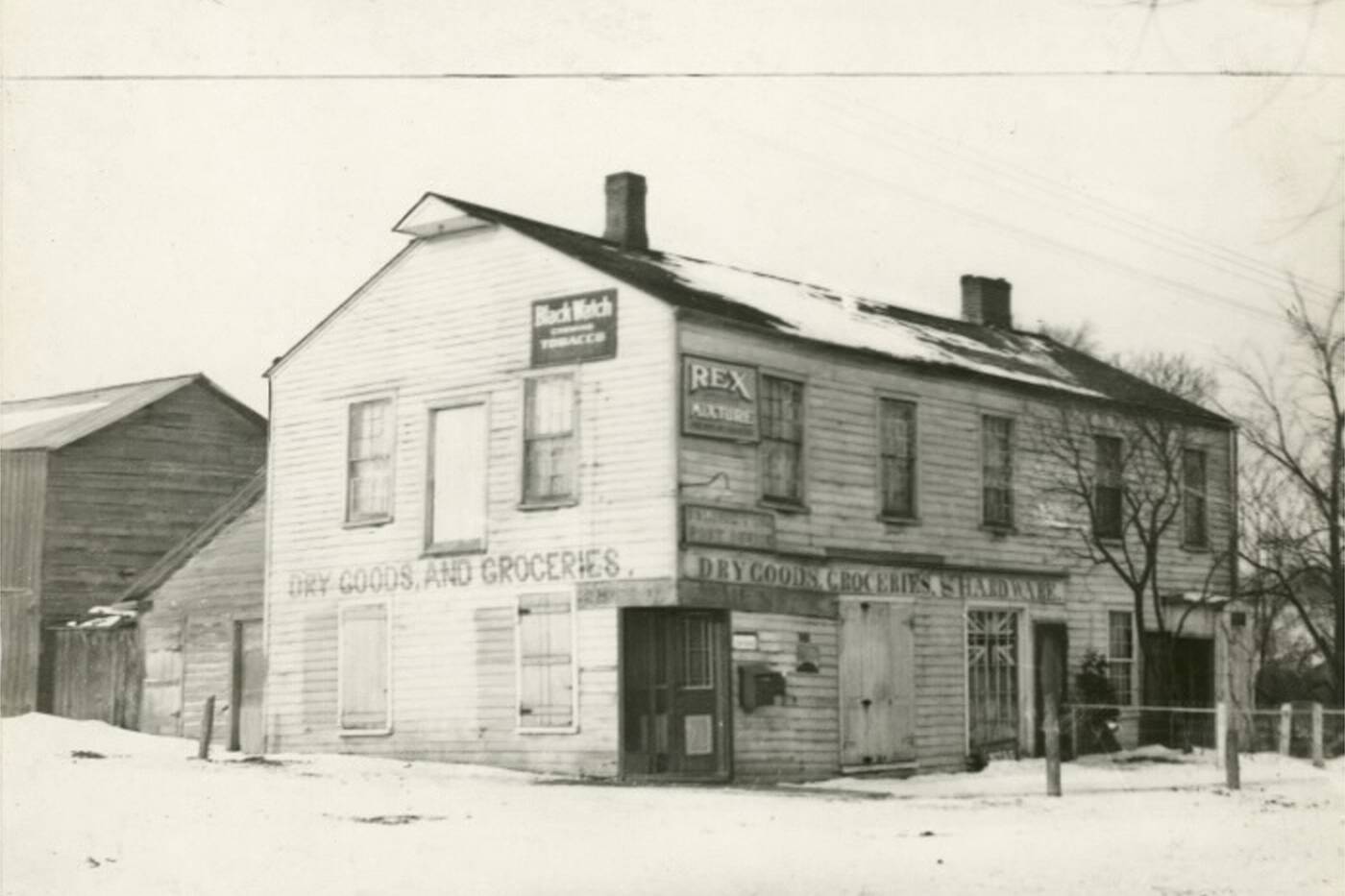 The Islington Post Office on the corner of Dundas Steet West and Burnhamthorpe Cresent in 1923. Photo via Toronto Public Library.

The Credit Valley Railway opened in 1877, offering a train ride to and from Toronto in under 25 minutes. The tracks ran parallel to Dundas Street and all mail to and from the neighbourhood began to travel by train.

According to the Toronto Railway Historical Association, the Credit Valley Railway was leased by the Ontario and Quebec Railway in 1883. The O&Q was actually a part of the Canadian Pacific Railway and existed only on paper.

In 1922, a new station replaced the original Islington Railway Station due to Islington's rapidly growing population. It served the neighbourhood until it closed in 1961. 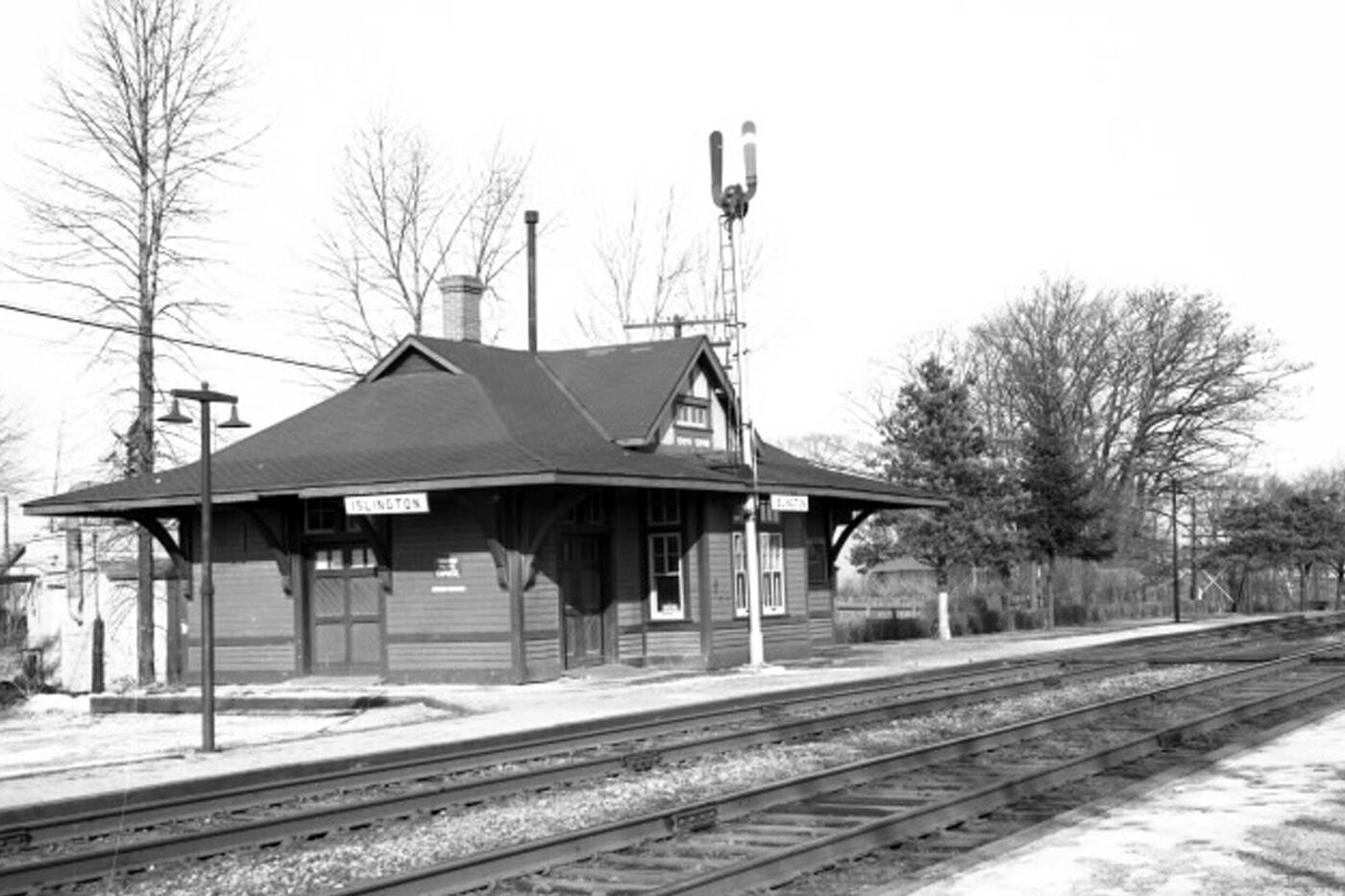 The Islington Railway Station in 1954. Photo via Toronto Public Library.

An exciting change came in 1960 when a bridge was built on Islington Avenue over Mimico Creek. This meant that for the first time, Islington Avenue was open all the way from Bloor to Dundas streets.

Another big development happened on May 10, 1968, when Islington subway station opened for service. It provided travellers with connections to the western part of the city, Gray Coach buses, and service to Pearson Airport. It was the western terminal station until the extension of Kipling Station in 1980.

The post-WWII decades saw a surge in new housing. Bungalows, split-level homes and apartment towers went up in the neighbourhood to account for the number of families moving in.

Now Islington Village has a variety of options from new McMansions to old heritage homes, to the more affordable Mabelle Avenue high-rises. 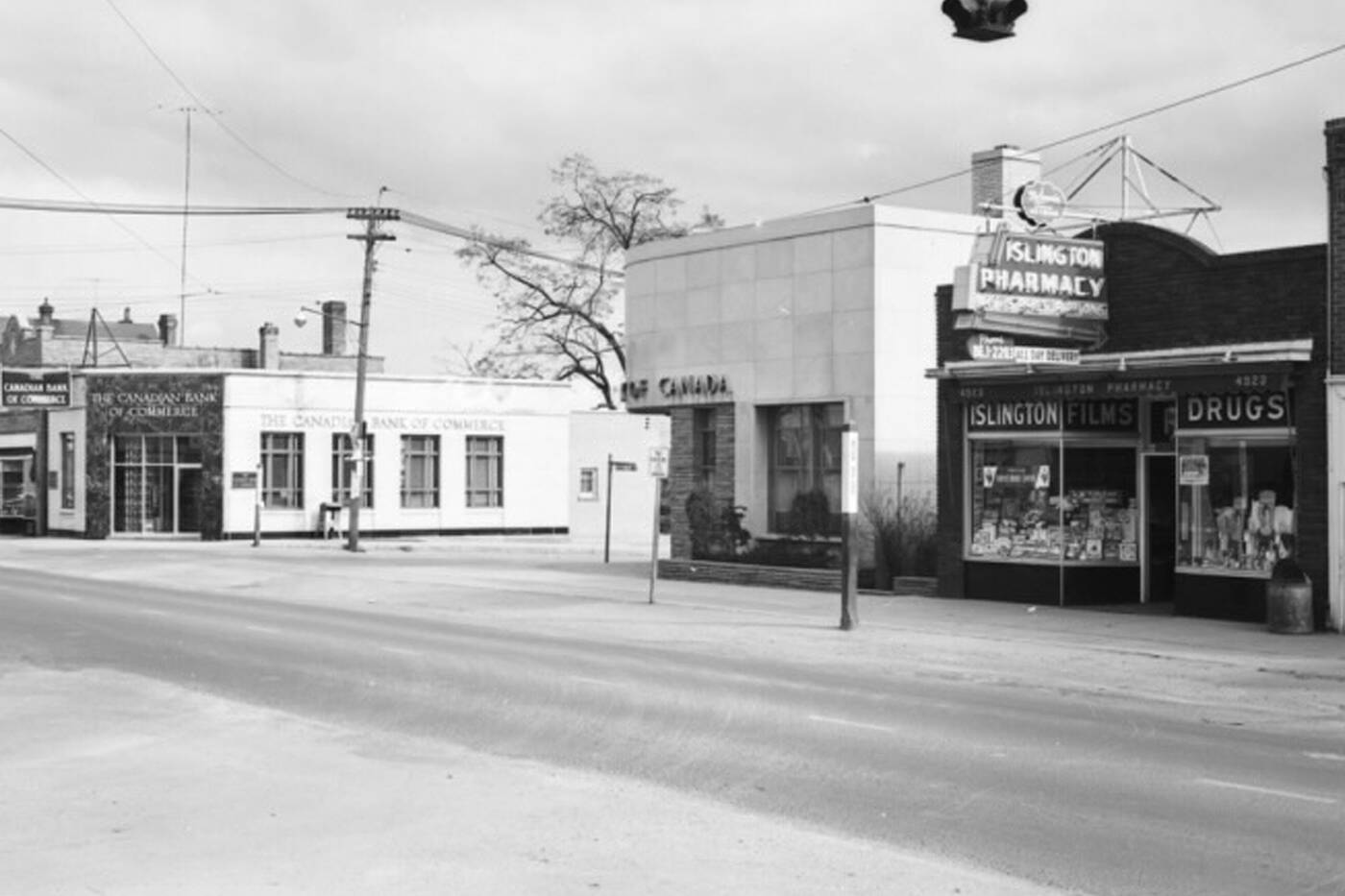 Now, we can't talk about the neighbourhood without mentioning the history of the gorgeous murals it is known for. In 2004, the Village of Islington BIA put a plan in place to fund the Mural Mosaic, a 15,000 square foot area of outdoor art.

The murals, located on buildings and bridges around the neighbourhood, consist of photorealistic art illustrating actual people, places and events that occurred in Islington. 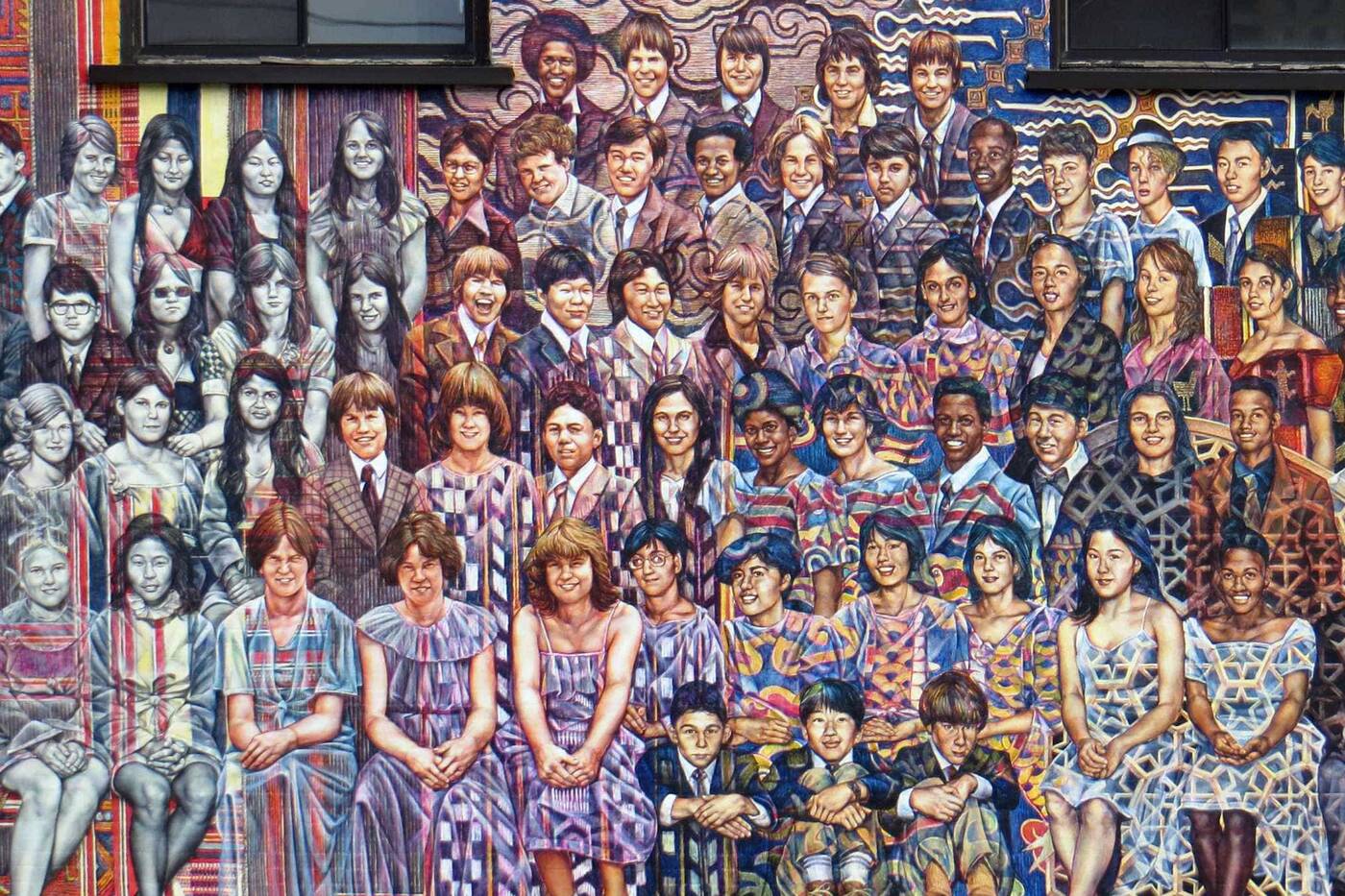 "The Faces of Islington" mural painted by John Kuna in 2013. Photo by Village of Islington.

Each mural took anywhere from three to four hundred hours of work to paint, with a total of 28 murals in the neighbourhood. Most of the murals have been painted by John Kuna, along with contributors.

Between the artwork, homes and historic buildings, there is no doubt that the Village of Islington is truly unique in its way of preserving its past.