The history of the Sunnylea neighbourhood in Toronto

Sunnylea is a quiet neighbourhood tucked away in the streets of Etobicoke. It's bounded by Bloor Street, Berry Road and the Humber River, with Mimico Creek running right through the centre.

While it’s arguably one of Toronto’s most idyllic neighbourhoods, Sunnylea has a humble history. Like the surrounding area, it served as land set aside by Lieutenant-Governor John Graves Simcoe to supply timber for building ships and government structures.

According to the Etobicoke Historical Society, in 1803, Alexander Thompson was granted 200 acres of land (which became Sunnylea) for his service to the British during the American Revolution. It covered the area between Islington Avenue and Royal York Road, stretched from Bloor Street to Leland Avenue. 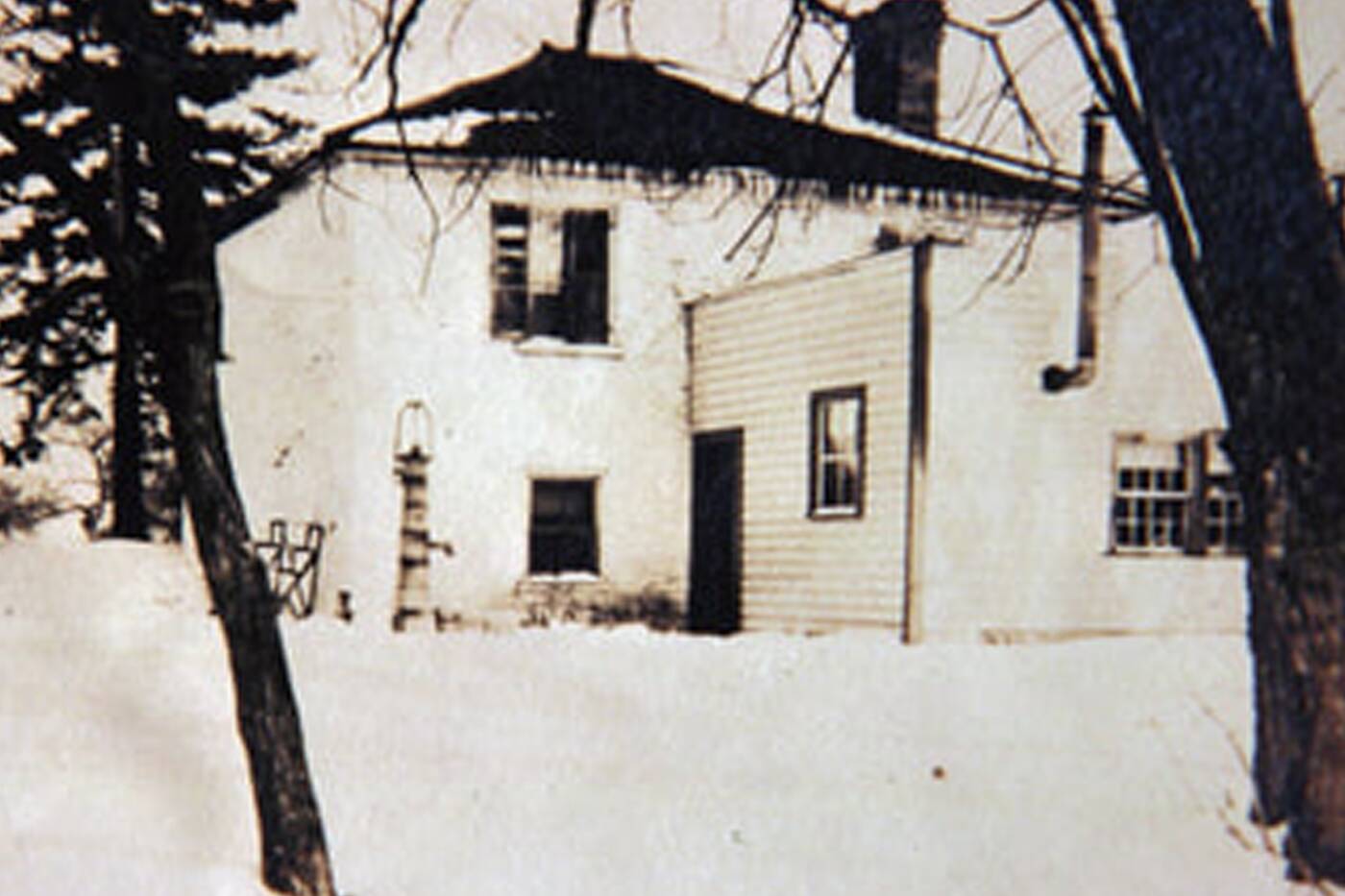 The Thompson House in Sunnylea.

A farm he called Rose Bank was found on the north side of his land, and was known for its apple, cherry and plum orchards. Thompson’s house stood on the south side of the property, which is present-day Thompson Avenue. Thanks to the farm, fresh fruit and vegetable market gardens were plentiful in the area. 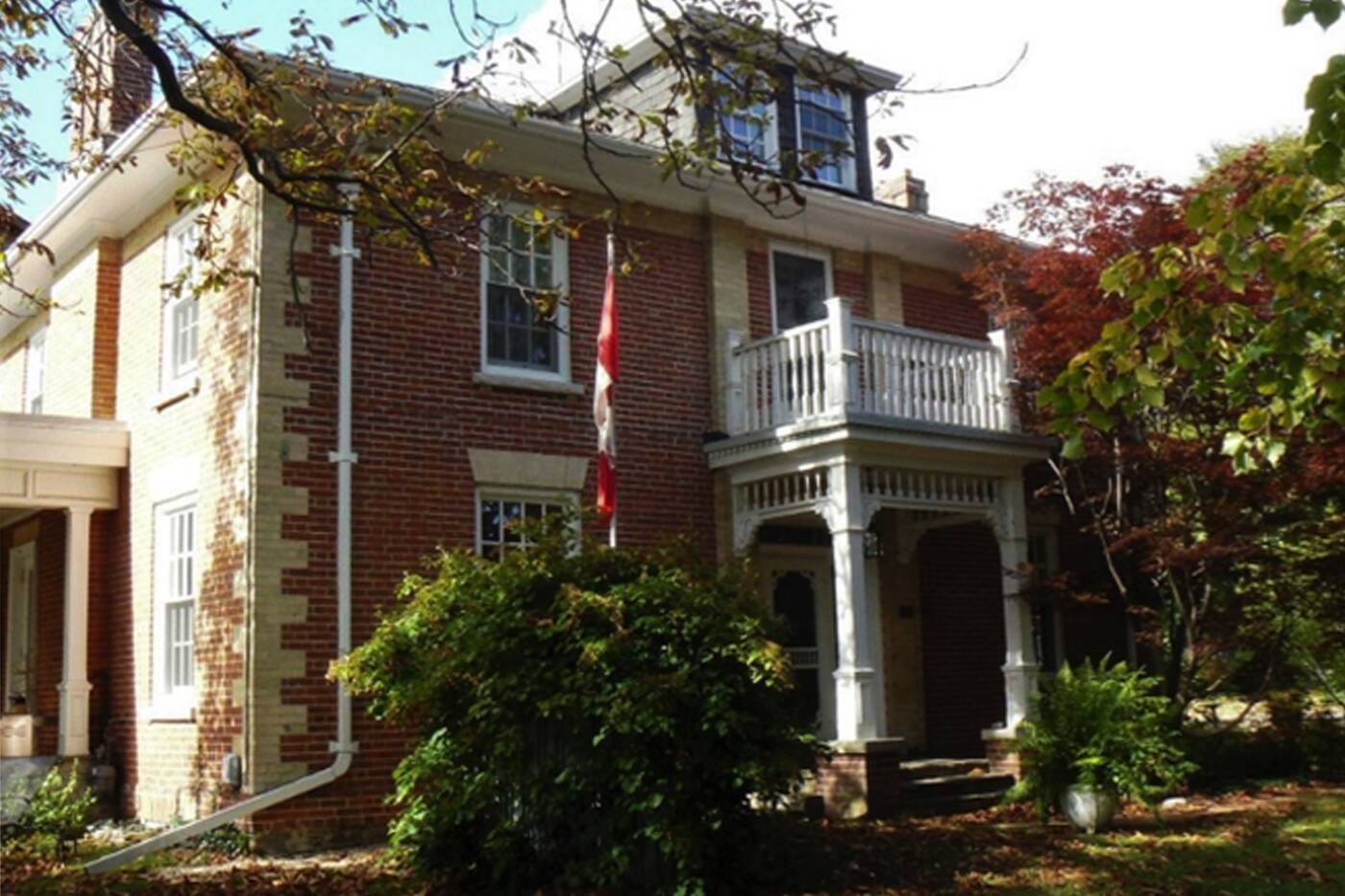 Alexander Thompson’s grandson, Archibald, lived in a Georgian farmhouse called Spring Bank Cottage, which was just south of the property. The building stands in the neighbourhood today at 7 Meadowcrest Road and still has its cottagecore charm.

In 1889, market gardener William Tomlinson built a small house on present-day Kirk Bradden Road. This was the beginning of the first church in Sunnylea. In 1891, it joined a Methodist group, and in 1924 the congregation was named Tomlinson United Church. 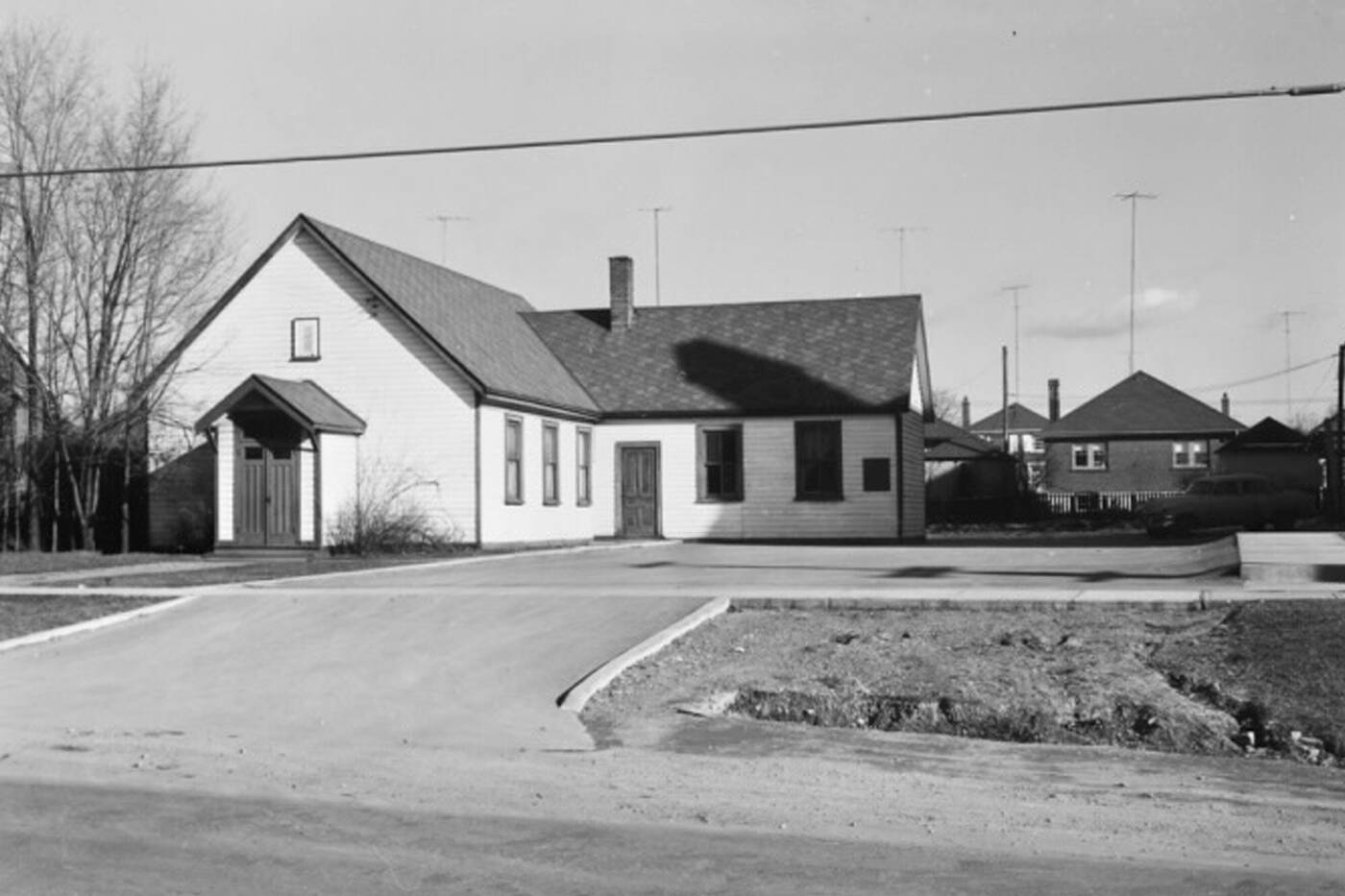 According to the Etobicoke Historical Society, the church was moved to Royal York Road and joined with new members to form Royal York United Church. In 1954, it was re-built into the building that stands today. 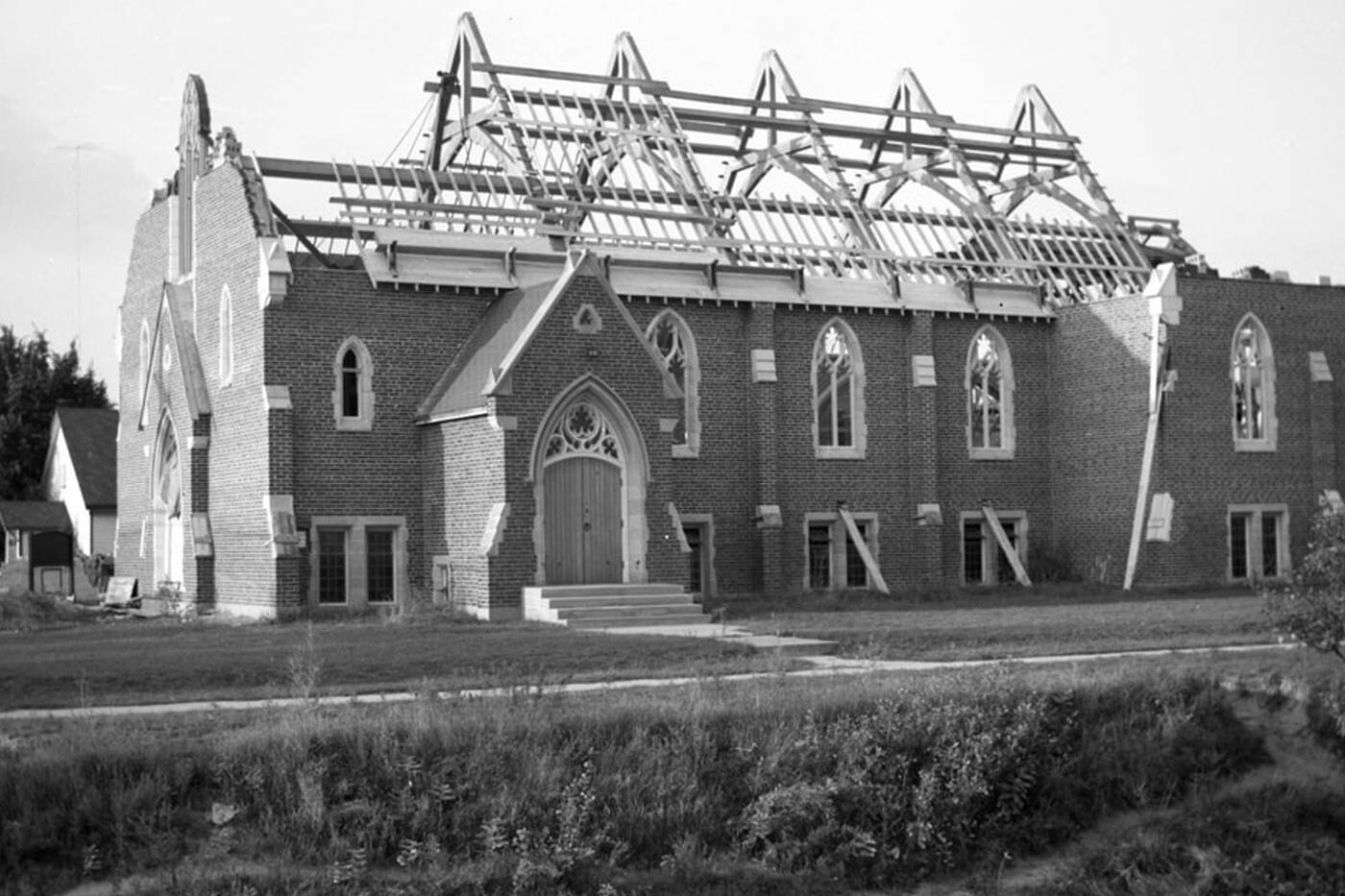 The construction of Royal York United Church in 1954.

In 1907, over an acre of land was bought to be used to build the first school in the area. It opened a year later on Prince Edward Drive, across from today’s Sunnylea Avenue West.

The name of the school was to be decided by a student competition, with a prize of five dollars. Edna Whitworth, a seven-year-old, won with her suggestion “Fairview.” However, the name was already taken by a neighbouring school. 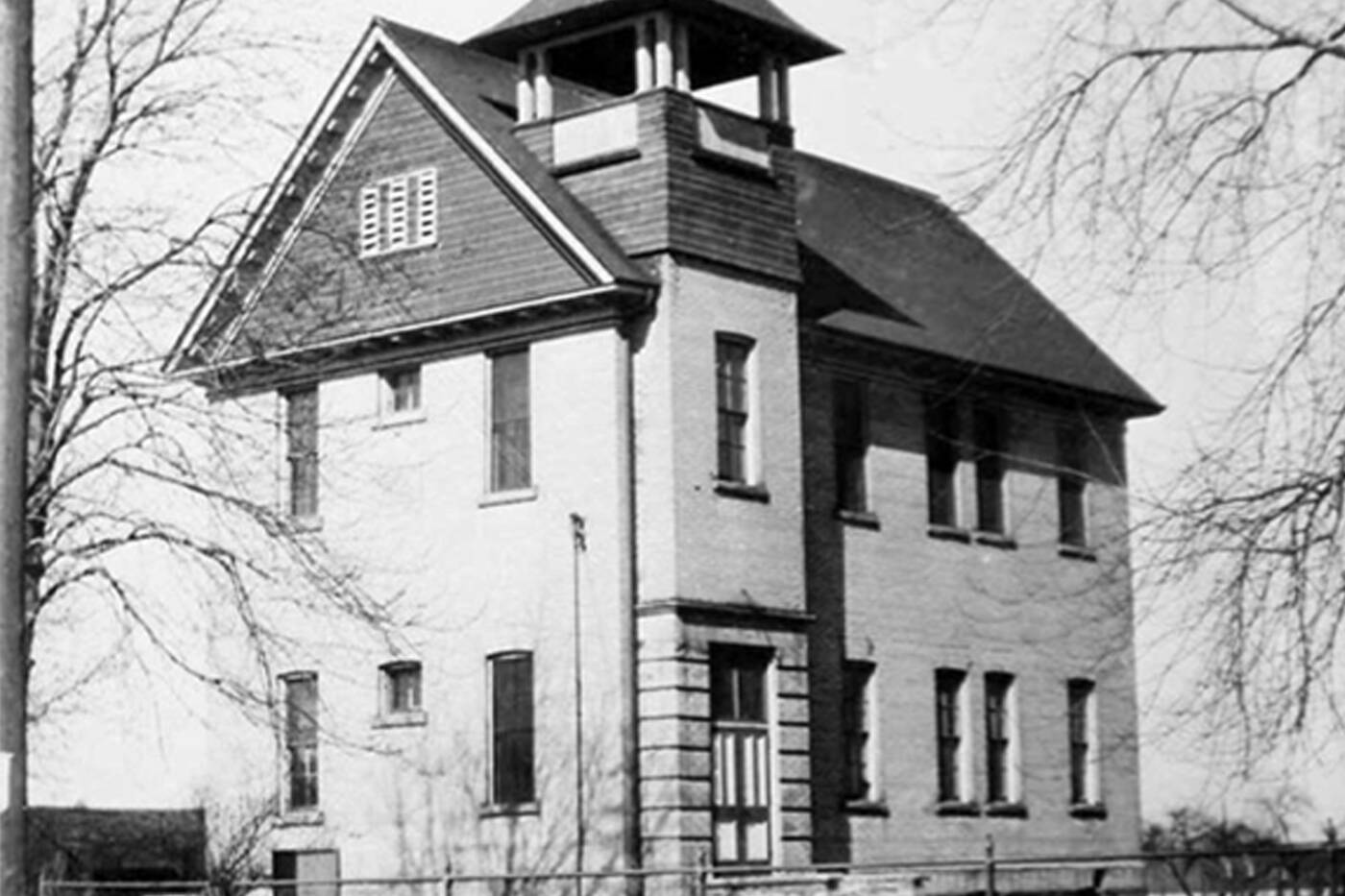 The first Sunnylea Public School in 1915.

After a second round of the contest, Edna won once again with the name “Sunnylea,” which eventually became the name of the nearby street and neighbourhood. If not for the change, the neighbourhood we now know as Sunnylea could have been called Fairview.

Because of its growing popularity, Sunnylea needed more homes for families moving in. In the mid-1900s, bungalows, two-storey and Tudor-style houses began popping up one after the other. Farmhouses were restored and through preservation, the neighbourhood was able to keep the charm it was known for.

Sunnylea’s growing population meant that the Sunnylea School was no longer big enough for all of its students. In 1942 a new Sunnylea Public School was designed by renowned Toronto architect John Parkin and opened on Glenroy Avenue. The original school building was demolished and is now Sunnylea Park. 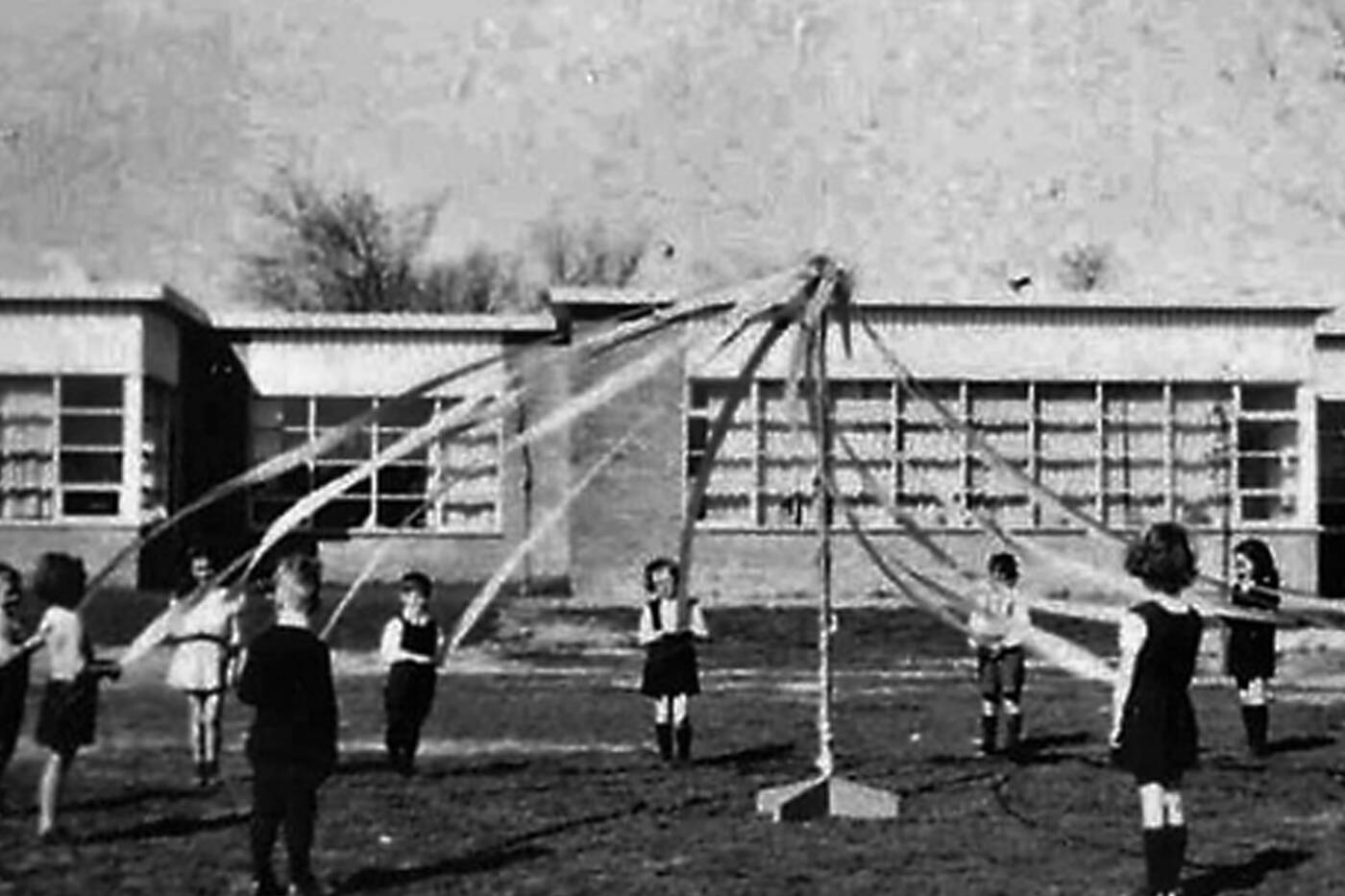 Students outside of Sunnylea’s new school building in the 1950s.

Sunnylea is home to a number of beautiful parks and trails, thanks to the Humber River and Mimico Creek. However, one of the most peaceful walks you could take is through the Park Lawn Cemetery.

It’s the largest cemetery in Etobicoke, and with over 100,000 interments, one of the largest in all of Toronto. Originally called Humbervale Cemetery, Park Lawn Cemetery was opened in 1892.

It contains the graves of World War I and II victims, famous politicians, athletes and businesspeople. Standing right on the corner of Bloor Street and Prince Edward Drive South, it’s a solemn landmark in Sunnylea.

As years went by, Sunnylea moved away from its fruit market days, instead enticing wealthy families with its cottagecore lifestyle, abundance of greenery and sense of community.