If you weren't specifically looking for Blake Street in Toronto, then it's unlikely that you would just happen upon it. However, this area is unique in that it's a community of state-of-the-art public housing, and it played an important role in the development of the city.

Blake Street is only 500 metres, and runs parallel to Jones Ave. to the east, and Pape Ave. to the west. On it, you'll find a smattering of housing styles, all subsidized.

There are a couple of schools (Earl Grey Sr. Public School the top, and Blake St. P.S. at the bottom).

You'll also find the Eastview Neighbourhood Community Centre, a wholesale seafood place, and a random knife business. Plus, overlooking the lovely Kempton Howard Park is the Jones Avenue Cemetery, which is a little freaky. 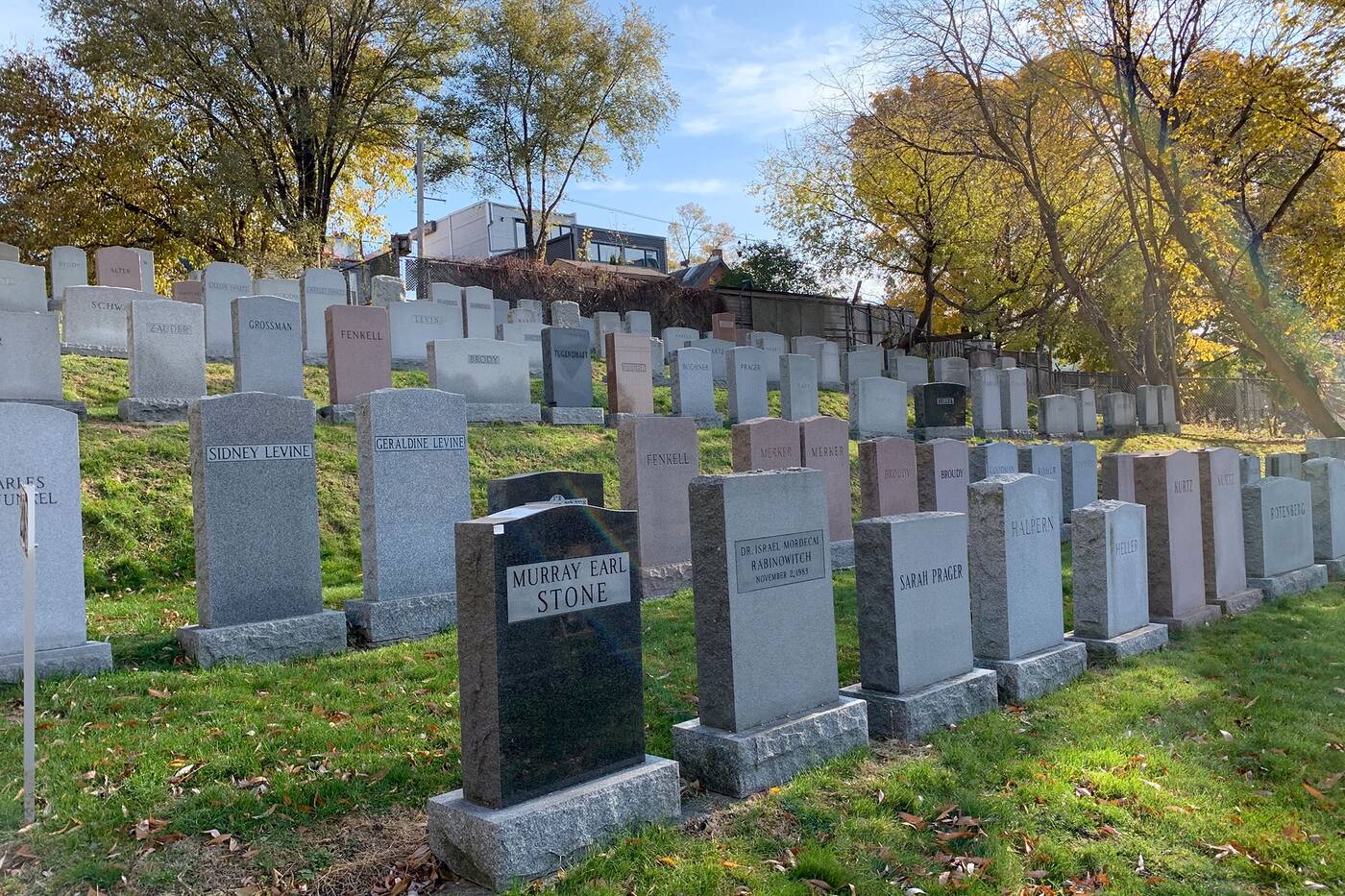 The Jones Avenue Cemetary, also called the Goel Tzedec Cemetary, has been around since 1919 and still offers burials for descendents of people already buried there.

To get a fuller picture of Blake Street, I spoke to Rod Cohen, the Executive Director or the Blake Boultbee Youth Outreach Service, located in a house at the foot of Blake.

Cohen has worked with young people in the area since 1989, when his "office" was no more than a park bench. 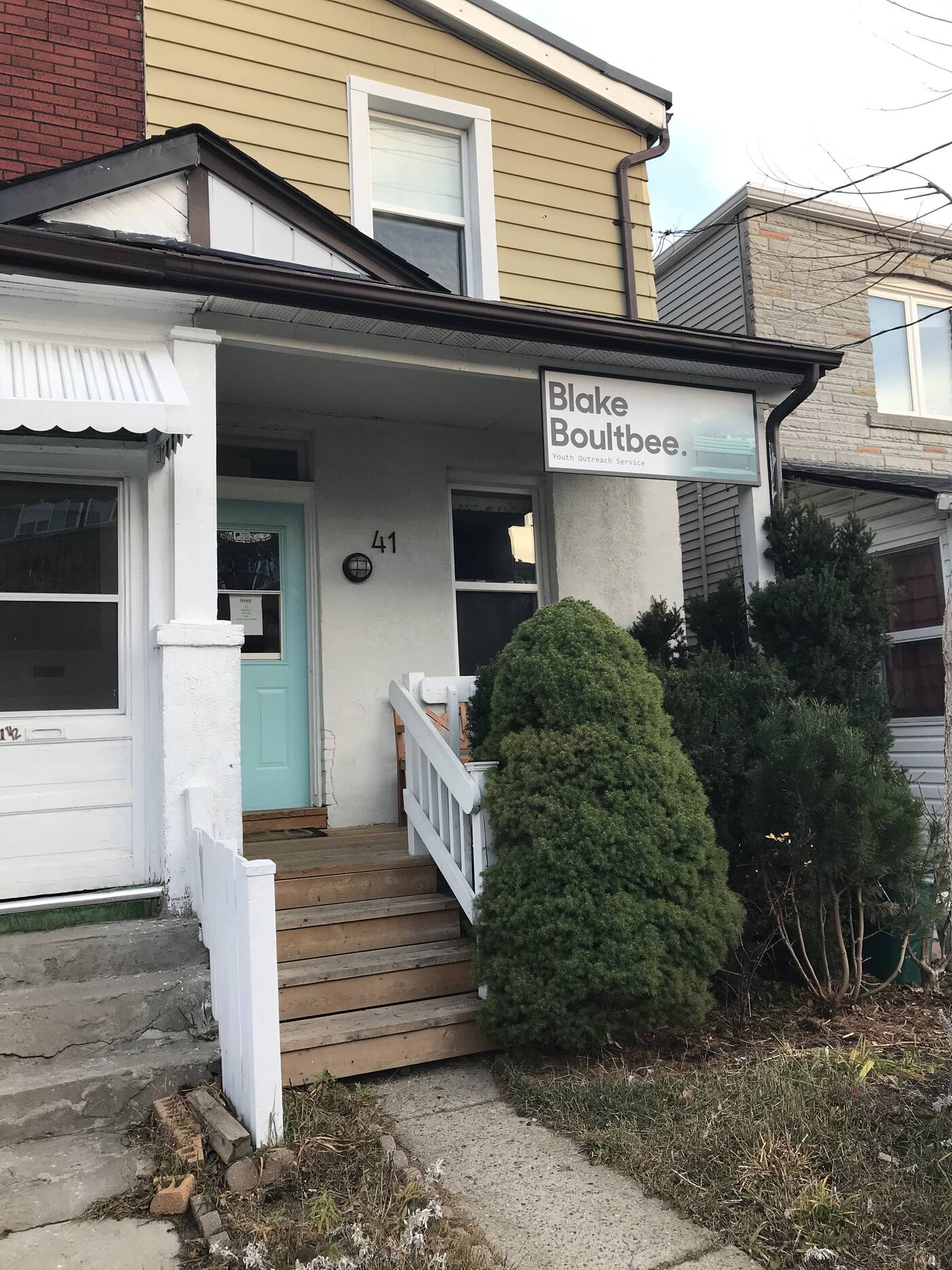 Cohen says that one of the reasons that Blake St. isn't more well-known is because of geography.

"Jones Avenue and Pape Avenue create two automatic boundaries. And if you don't have to come in here, why would you? It's invisible. You could drive down Pape for 50 years and you would never see this community." 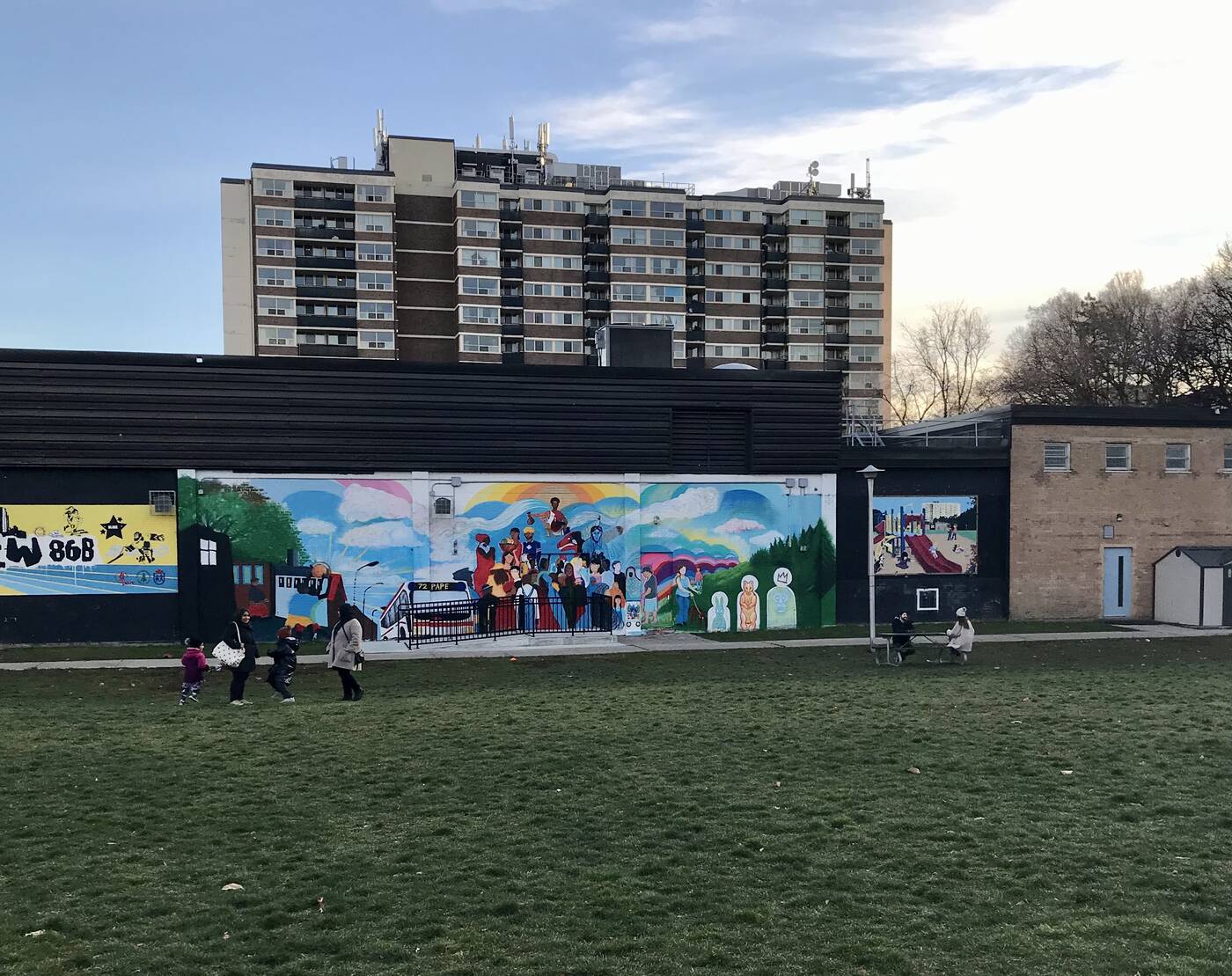 The Eastview Community Centre has colourful murals on its north wall.

Of course, invisible boundaries are also apparent. According to Cohen, in his 30-plus years serving the community, the surrounding affluent neighbourhoods of Leslieville, Riverdale and The Pocket, have had very little connection with Blake Street and the people who live there.

Cohen tells me that Blake Street was deemed the perfect place for a huge subsidized housing complex by the city of Toronto.

"They drew on past failures, like Regent Park, giving it openness, walkways, green space." Cohen says his office is across from two highrise towers, and townhomes, with residences that could accommodate larger families. "It was literally state-of-the-art housing projects, it was so unique." 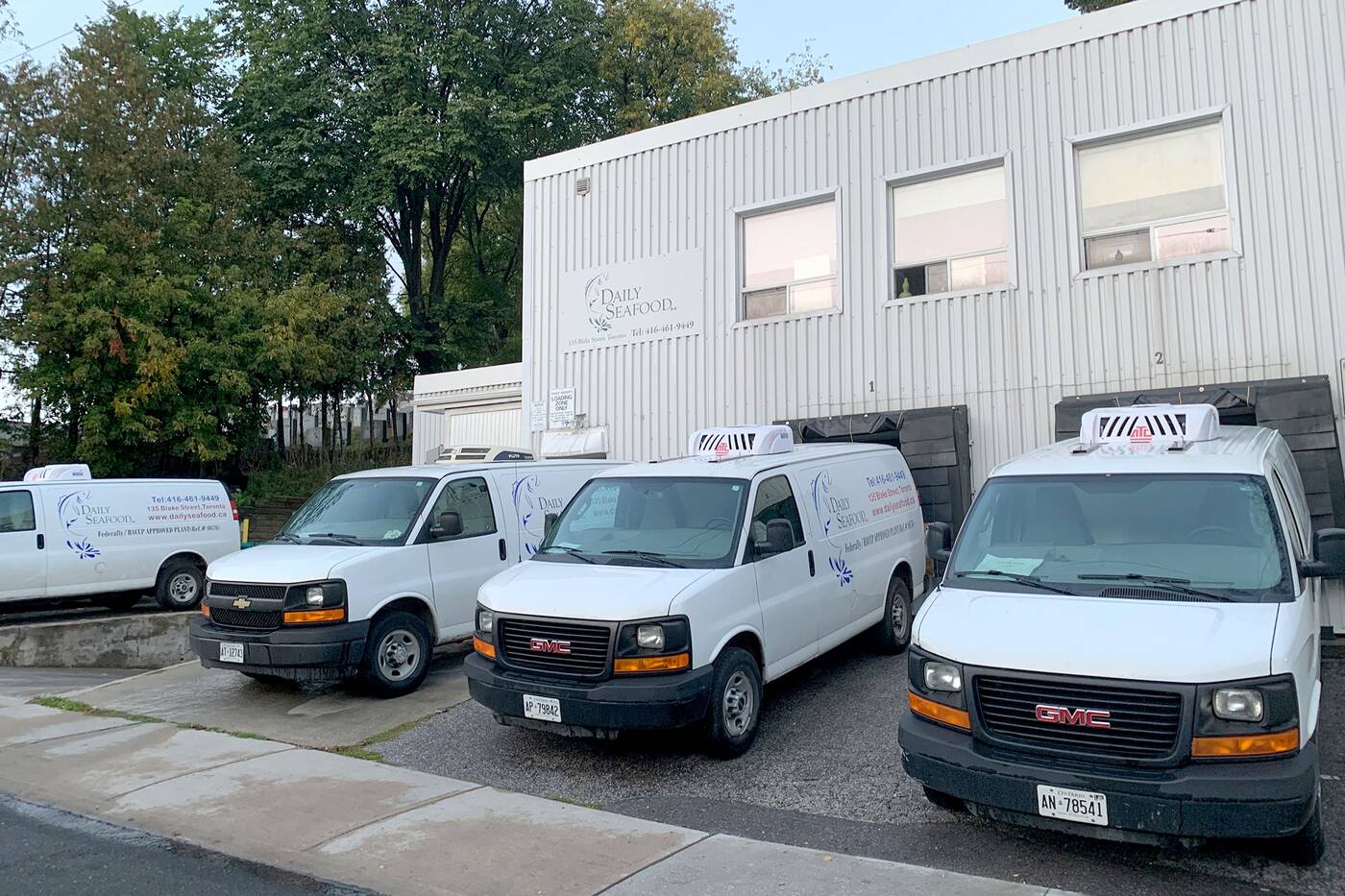 Daily Seafood is a major supplier of fresh fish, oysters and other seafood to Toronto restaurants.

Another cool thing about the area, is that there is a lot of history here. In the 1800s, Cohen tells me that a family owned the land, used for farming at the time.

In the early 1900s, the family sold the property to the Miller Group, a company tasked with paving most of Toronto's roads. Then, Bell moved in, and the Toronto Police towing and storage yard was located at the south end, at the bottom of the hill.

The location of the community centre, which used to be a Dominion grocery store, and the adjacent park is on former city dumping grounds, "which is why no swimming pool," Cohen tells me.

Blake Street in #Toronto is no more than 500 metres from top to bottom, and is home to all of this. pic.twitter.com/PmlYgY7ltA

While Blake Street isn't necessarily a destination (you're not going to find shops or restaurants here), and the area has made headlines in the past, overall it's one of Toronto's more interesting, and often overlooked, streets.

"This piece of property, that has such a unique history of its ownership, of its design, of its continuance," Cohen says, "it had everything that was in place for it to be marked as one of the really bad and troubling, highest-need neighbourhoods in the city."

Part of what turned things around, and Cohen says he likes to, "blow his own horn," was the work that Cohen and his team have done with the community and the services that the BBYOS provides.

Listen to Season 2, Episode 13 of the blogTO podcast

Rod Cohen has been the Executive Director of the Blake Boultbee Youth Outreach Service on Blake Street for over 30 years. The small, hidden street played a big part in the development of the city, and has a mysterious charm.

However, there are some unique challenges faced by the community of state-of-the-art public housing, as it is sandwiched between more affluent neighbourhoods like Leslieville and Riverdale, who according to Cohen, have refused to acknowledge its existence.