The City of Toronto will soon be able to boast at least one more direly-needed accessible subway station – this one a lot prettier than its predecessor.

Situated between Pape and Greenwood Stations along the eastern portion of Line 2 (Bloor-Danforth), Donlands Station bears all the hallmarks of a traditional TTC subway stop built during the 1980s.

The brutalist brick exterior comes complete with concrete hat and a red belt running along the windows.

It looks small and boxy, indistinguishable from most other TTC stations of its size, save for a white-on-black "Donlands" sign above the entrance. 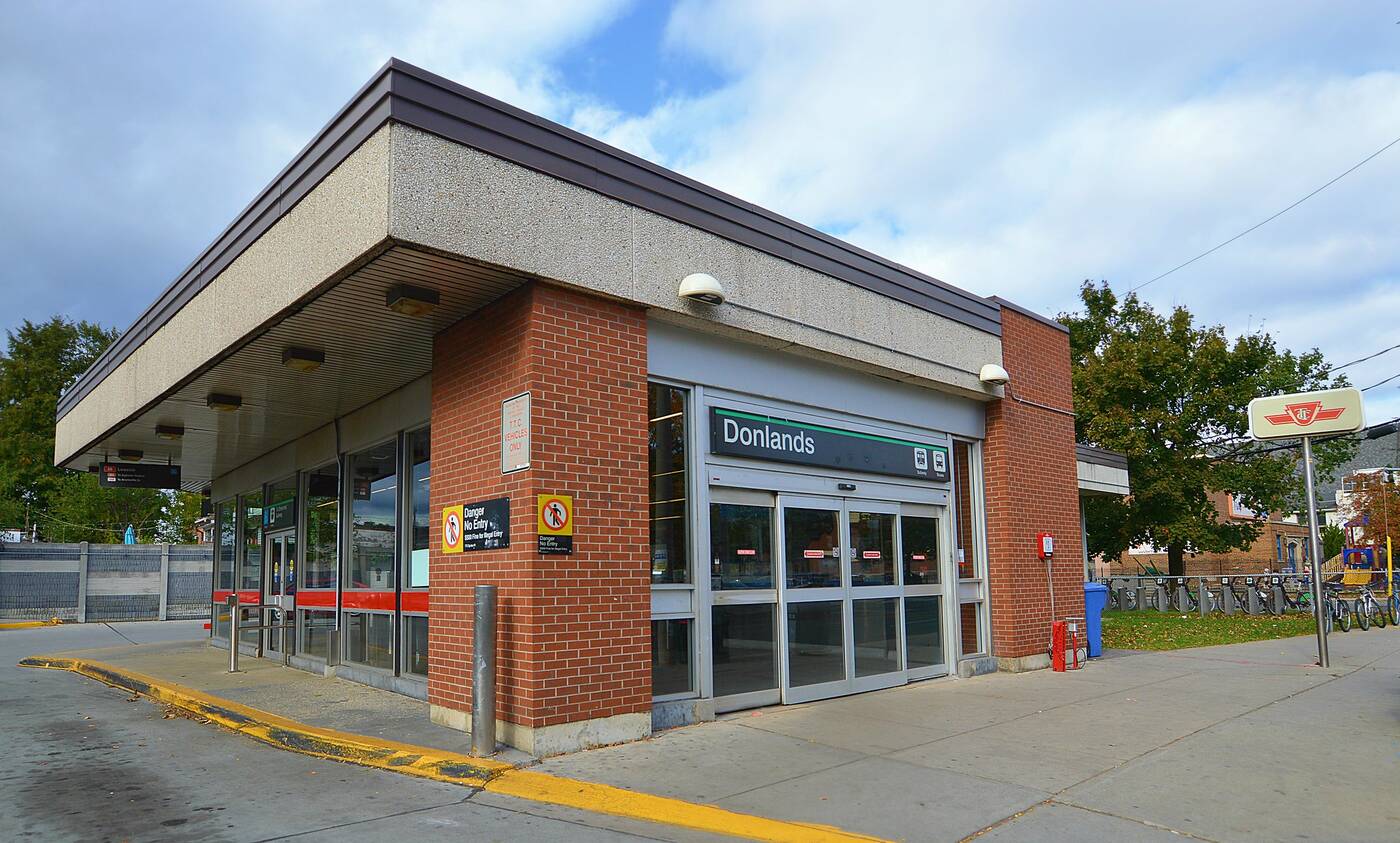 The main street entrance to Donlands Station, just off the Danforth. Photo by Greg's Southern Ontario.

Inside, at the concourse level, you'll find a few of those cold red rectangle benches. Everything else is gray, from the concrete floor to the glossy wall tiles, right on down to the subway platform (the walls of which do take on a slightly minty shade in some lights).

People with limited mobility would be forgiven for not knowing what the plaftorm looks like, however, as Donlands is one of Toronto's many stations at which subways can only be accessed by stairs.

This is about to change.

The transit agency announced Tuesday that construction will soon begin on a new entrance to Donlands Station — a two-pronged plan that will both modernize the space, and tie in with a larger TTC initiative to have working elevators in all subway stations by 2025. 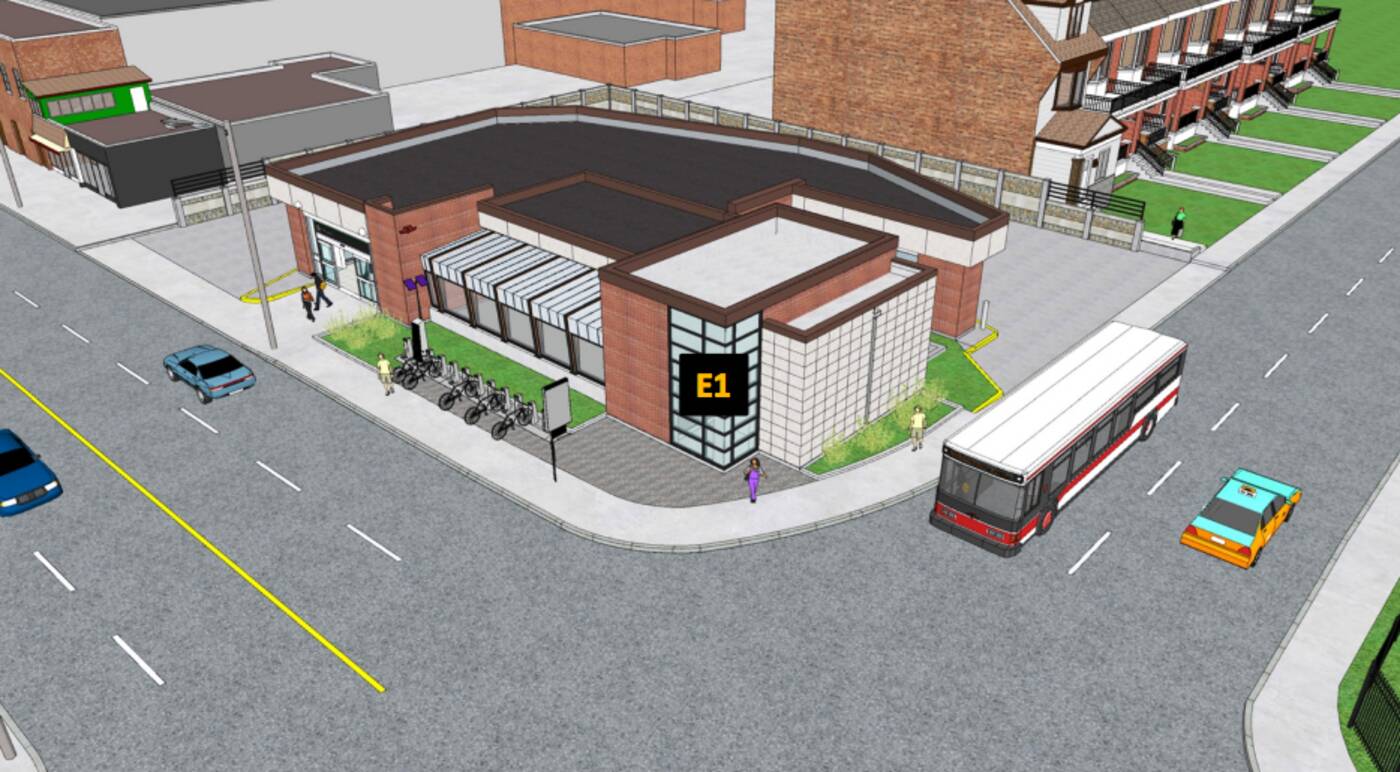 A rendering of the new elevator location with street-to-concourse-to-platform access. Image via TTC.

This brand new secondary entry and exit point will be located at 17/19 Dewhurst Boulevard, according to the TTC, and will not only make the station accesible to people with mobility challenges, but increase customer safety and convenience in general.

Unfortunately, it'll take some construction to make this all happen — approximately three years of it, based on the timelines shared in an open house document published this month.

"While the project benefits the community in the long-term, we understand that construction can be disruptive and are pleased to work with the BIA and local businesses to convey the message to neighbours that businesses are open during construction," reads the construction open house document.

"Parking on the Danforth will not be removed for this project."