The Greater Toronto Area (GTA) is getting a new 400-series highway and transit corridor across York, Peel and Halton regions, but not everyone is on board with the provincial government's preferred route.

Today, the Ontario government released a map outlining the preferred route for the project which they say "incorporates feedback received from stakeholders and the public as well as new land use and environmental information." 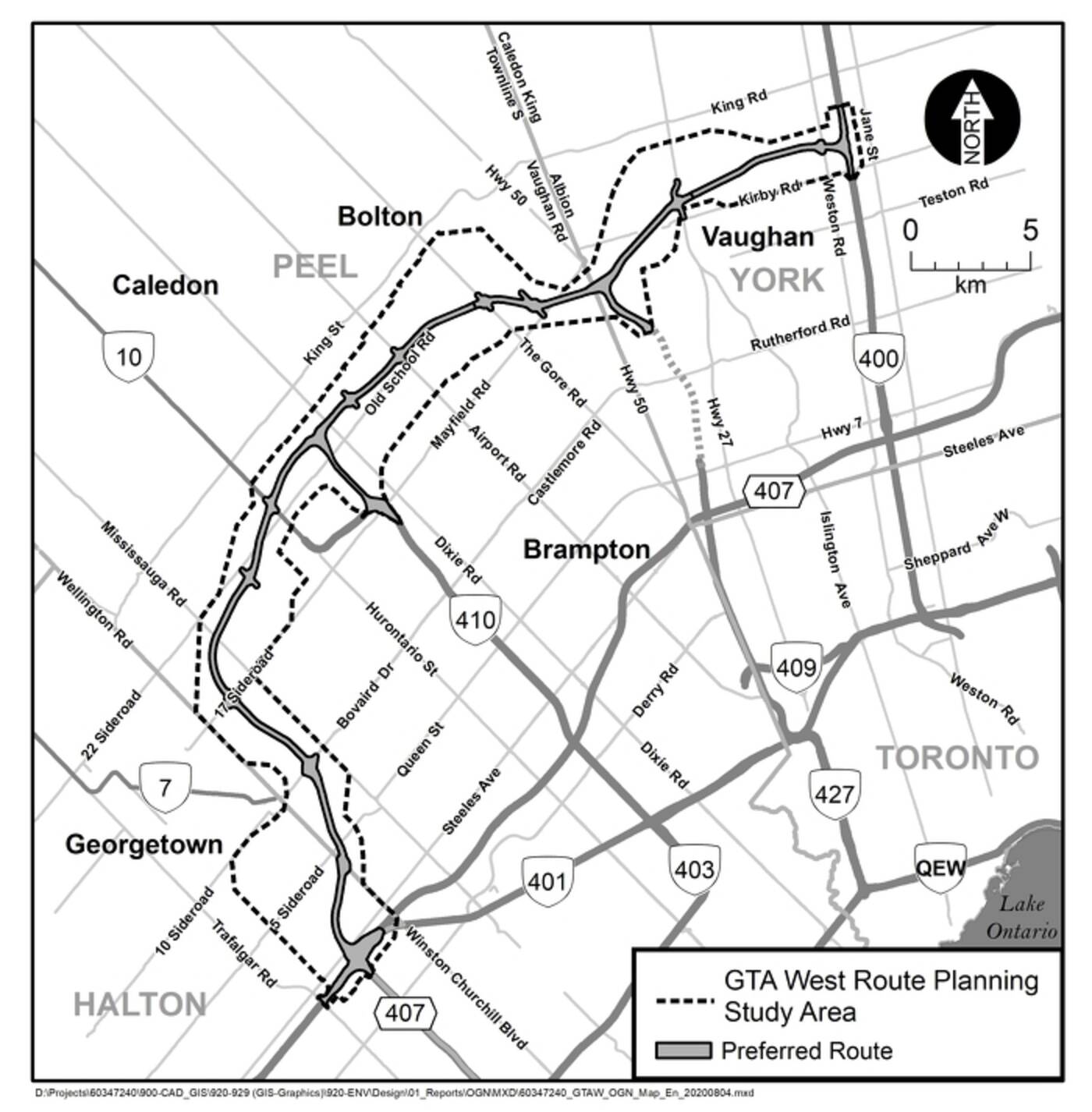 The province said the preferred route for the GTA West Highway consists of the route and interchange locations, and that preliminary design and further consultations will be moving forward over the next two years as the design is further developed.

The Environmental Assessment (EA) for the GTA West Corridor is expected to be complete by the end of 2022, according to the province.

"The GTA West Corridor will help alleviate traffic congestion and improve the movement of people and goods across the province," said Minister of Transportation Caroline Mulroney in a statement.

But Environmental Defence, a Canadian advocacy organization that works with government, industry and individuals to defend the environment, says otherwise.

"Ontario does not need another 400-series highway. This destructive plan will destroy communities, damage the environment, and deliver essentially no benefit to commuters."

Brooks said the preferred route announced by the government today will see a strip of concrete and asphalt rip through the Greenbelt in Vaughan and across the Whitebelt in Caledon and Brampton.

He said it will also pave over a couple thousand hectares of prime agricultural land, and cut through the headwaters of the Credit and Humber Rivers — crossing rivers and streams approximately 53 times in total.

But it's not just the highway's placement that Environmental Defence opposes, its the entire project.

"The highway would cause more urban sprawl, put more cars on the road, and lead to more carbon pollution and air pollution in the communities through which it would pass. Transportation is the largest source of carbon emissions in Ontario," said Brooks.

He added that an expert panel appointed by the provincial government determined back in 2017 that "a proposed highway in the GTA West corridor is not the best way to address changing transportation needs," and that modeling showed that the proposed Highway 413 would only save drivers roughly 30 to 60 seconds per vehicle trip.

"Recent modeling estimated that pollution from traffic causes almost 900 premature deaths per year in the Greater Toronto and Hamilton Area (GTHA). We don't need another highway, more cars, and more pollution," he said.

"The government should listen to the evidence and the advice of experts and cancel the planned Highway 413."