During these times with all the heaviness, chaos and uncertainty of COVID-19, a Toronto couple was looking to shed some joy and light and surprise their family and friends with the news that they had just eloped.

Carmen Tsang and her partner Peter Sowagi spontaneously decided to elope, with no prior thought of marriage, proposal or engagement, in northern Ontario and Tsang described the experience as "magical."

"It just felt right so we did it," Tsang told blogTO.

The elopement was a big secret and surprise and the couple only told their friends and family the news the following week, according to Tsang.

Their photographer was Evelyn Barkey, an intimate wedding photographer who the couple asked to capture their wedding fewer than two weeks before the big day.

Barkey captured beautiful photos of the newly married couple and wrote about them in an Instagram post calling the wedding "the most laid back, genuine, love day" she's ever experienced.

A dreamy, misty eve @thebuffalofarm yesterday capturing C + P’s elopement. . These two contacted me less than 2 weeks ago asking if I would be available to capture their secret northern elopement. . Together we brought the details together in the most laid back way imaginable. I arrived yesterday as they were chilling listening to records, we set up a small ceremony site in the field with items from the cabin and then they foraged her wedding bouquet together with wildflowers from the property. They got dressed together in the cabin and then walked out to get married together. The people staying in the tipi next door came to be their witnesses (a couple they had only met 24 hours earlier). . They had the most beautiful intimate ceremony where the officiant smudged them with sage and played her drum singing to them, it really was the most laid back, genuine love day I’ve ever experienced. We took a few photos on the property with their cute pup, Frankie and then they went back and ate their wedding cake sitting on the cabin porch with a couple forks and an epic view of the fog rising over the fields. 🥺🧡✨

"Together we brought the details together in the most laid back way imaginable," Barkey wrote. "I arrived yesterday as they were chilling listening to records, we set up a small ceremony site in the field with items from the cabin and then they foraged her wedding bouquet together with wildflowers from the property."

Barkey's post also mentioned that the couple asked the people staying in the tipi next door, who they had only known for 24 hours, to be their witnesses. 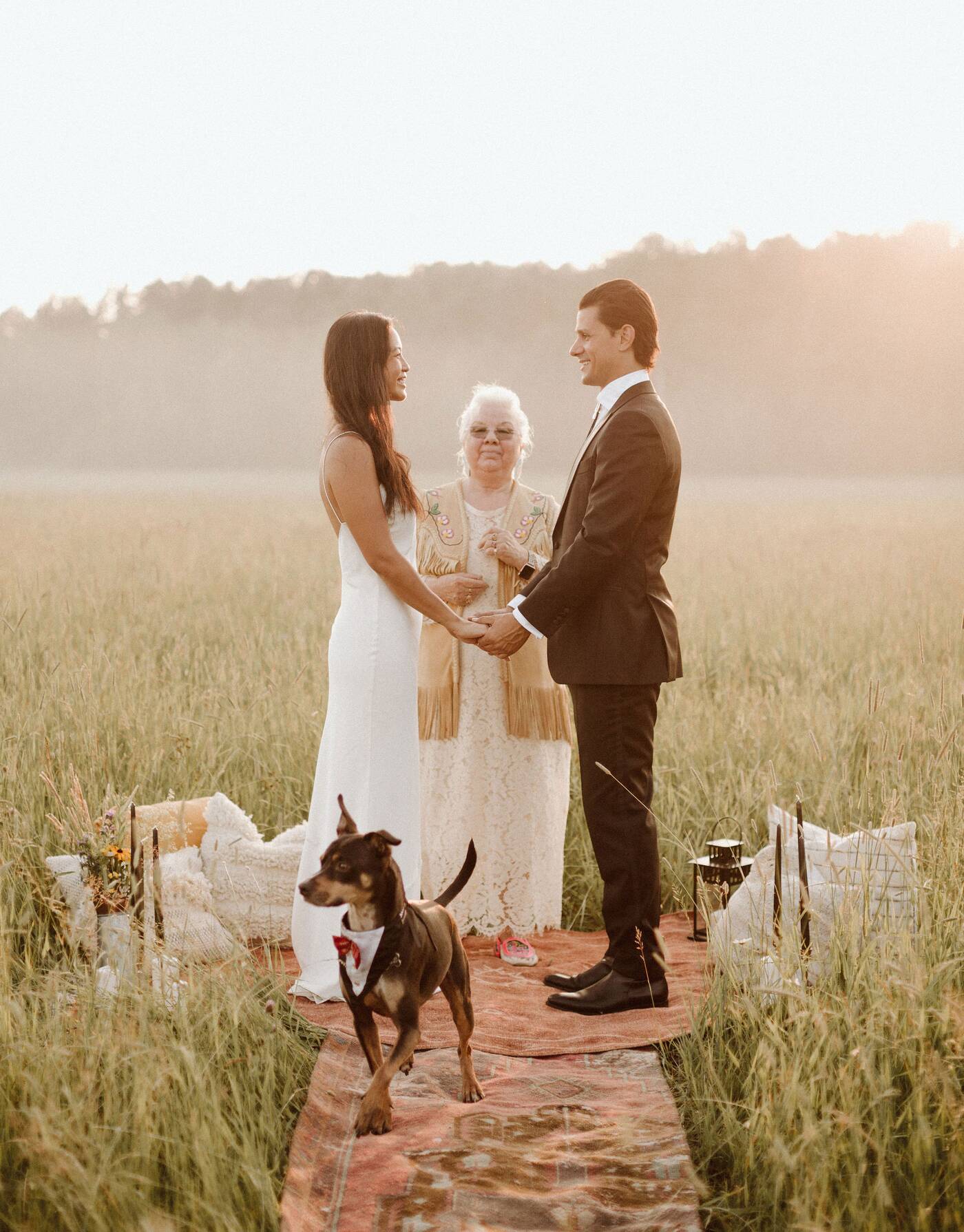 According to Barkey, the couple finished off the night eating wedding cake on their cabin porch while watching an epic view of fog rising over the fields.

The wedding officiant, Dot Beaucage-Kennedy is of Ojibway descent and the couple had a traditional Indigenous ceremony on Nippisin land at The Buffalo Farm, the new bride told blogTO. 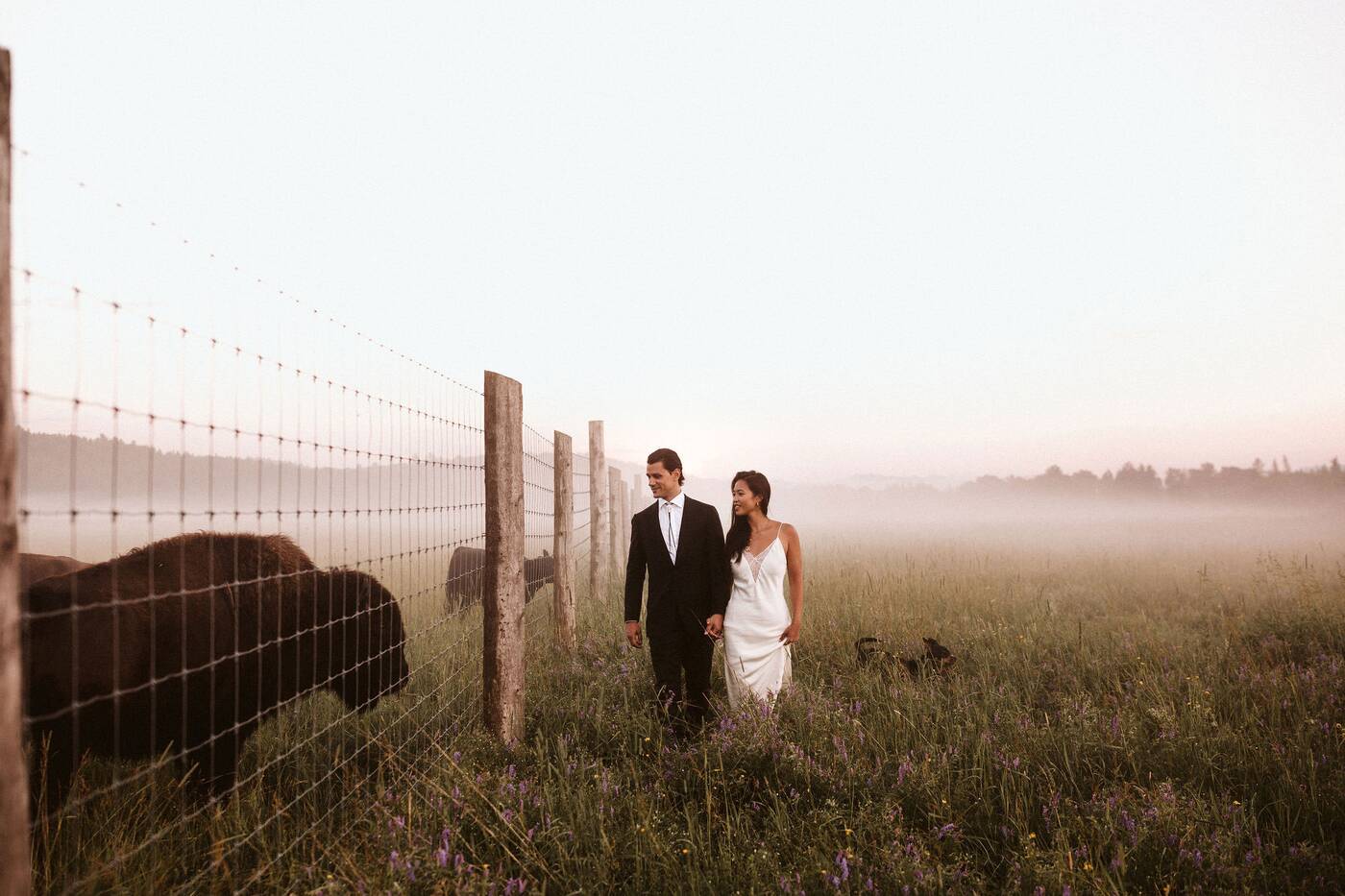 "It was the perfect way to pay tribute to the beautiful country that we live in and the people who founded it," she said.