Toronto is now the fastest growing city in Canada and the U.S.

Toronto is now the fastest growing city in Canada and the U.S., both the city proper and its metropolitan area, according to a new study.

The study shows that in 2019, Toronto proper saw 45,742 people take up residence while its surrounding metropolitan area grew by 127,575 people.

Toronto's metropolitan area growth rate overtook that of the Dallas-Fort-Worth Arlington, the fastest growing metropolitan in the U.S. 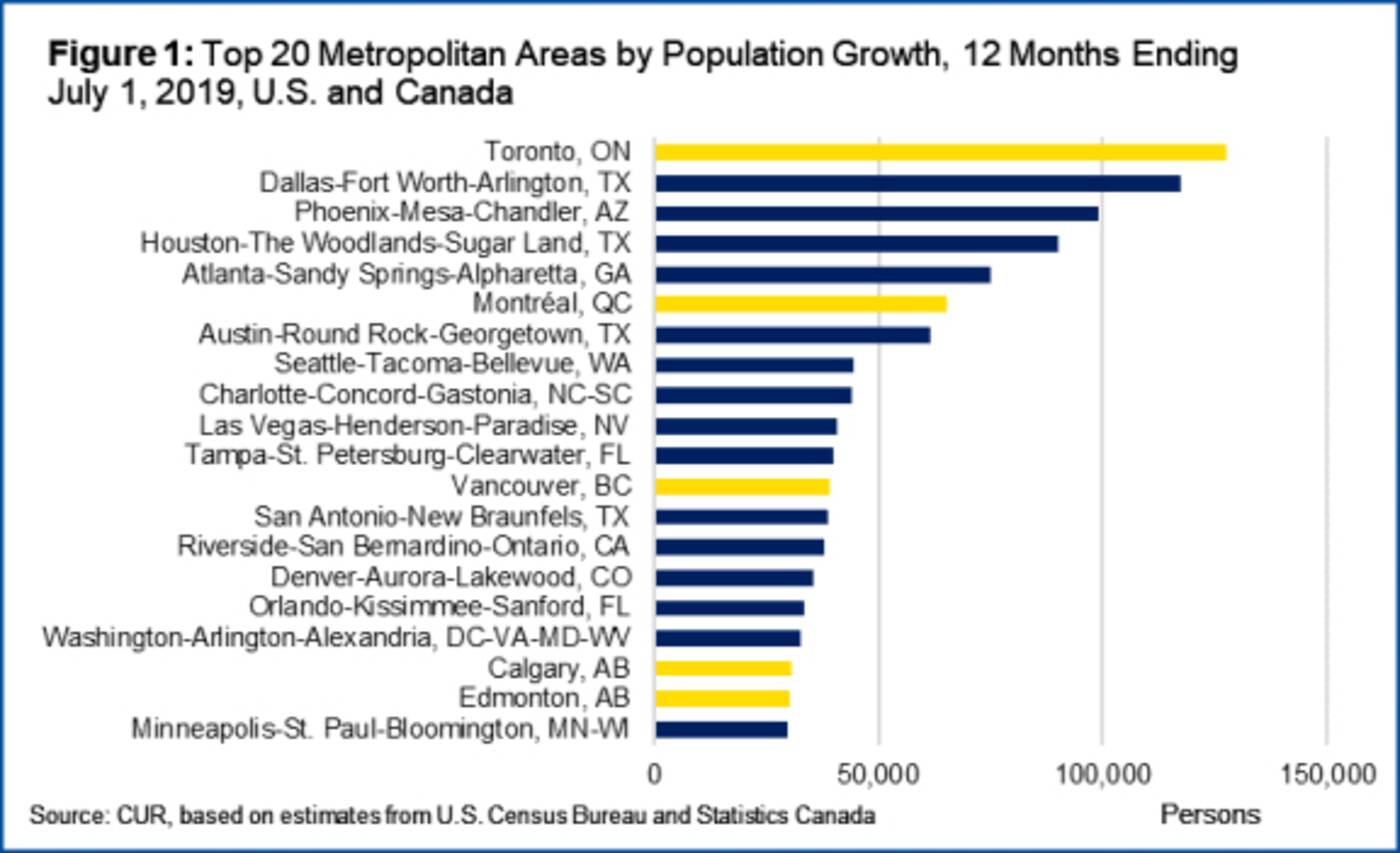 It also topped the list of fastest growing cities, with Montreal coming in second and Phoenix, Arizona third. 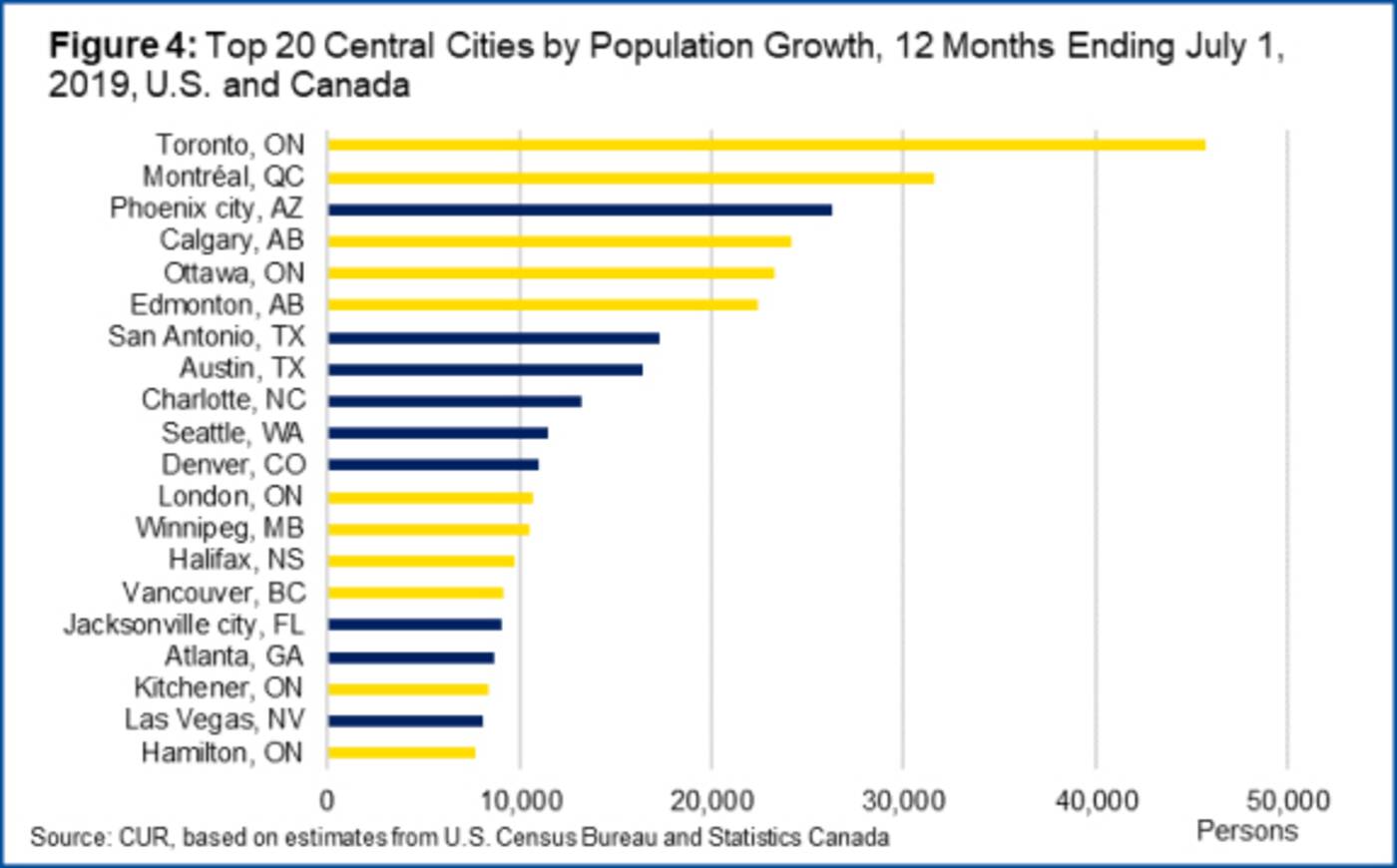 Immigration is the primary reason for the growth, the study says. By contrast, New York's metropolitan area is the fastest declining area. "Both regions [Toronto and New York] experienced a loss in resident population to other areas (domestic net migration), but the rate was four times faster in New York." 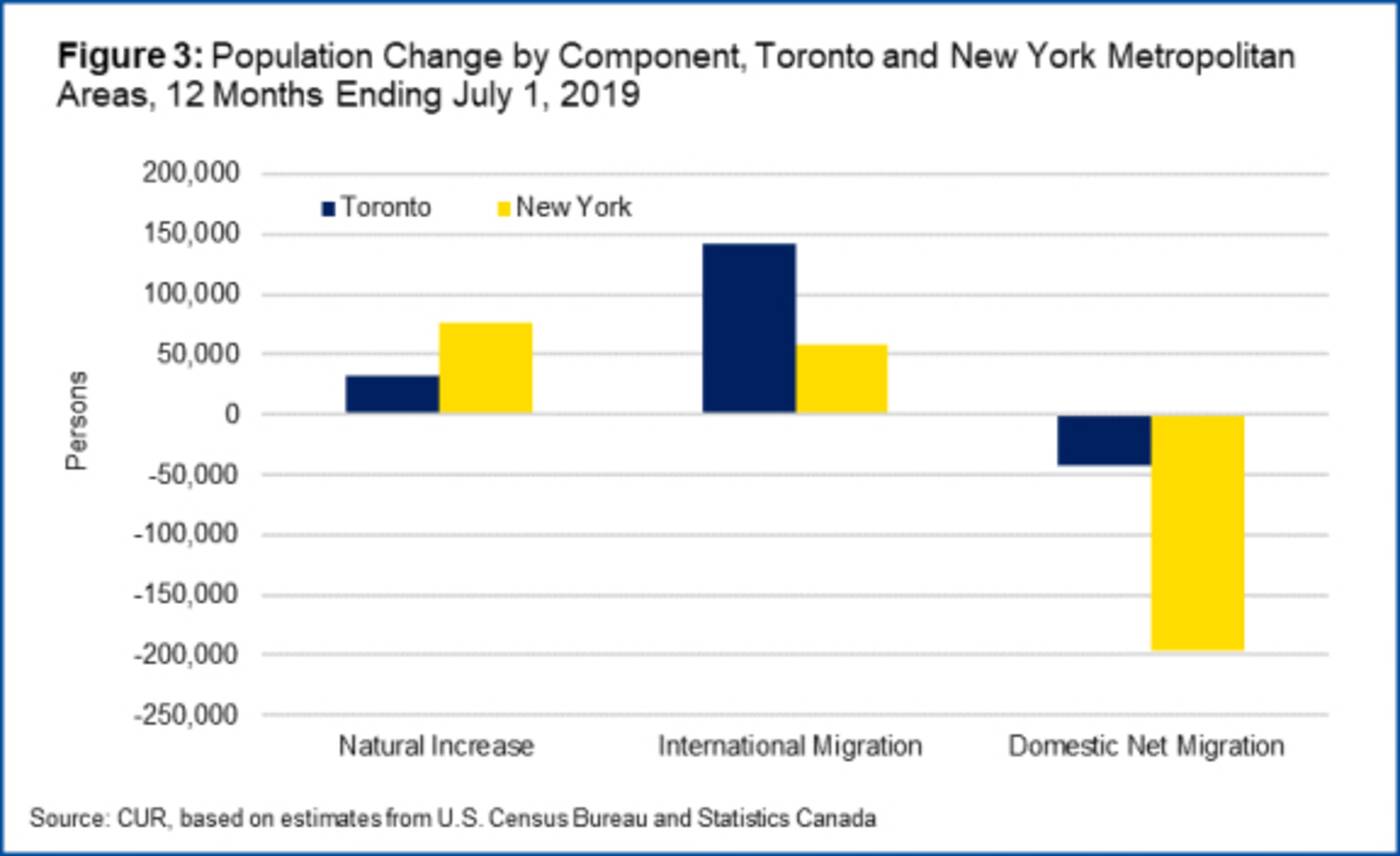