Visiting family is surely one of the things many are missing the most right now as lockdown and social distancing measures prevent people from seeing the ones they love, so one Toronto family had a creative idea to visit their father/grandfather without actually breaking any rules.

Avi Minkowitz's grandfather is a 95-year-old Holocaust survivor living in an old age home in Toronto.

He's been in isolation for weeks and hasn't had any real contact with his daughter, any of his grandchildren or great grandchildren.

So, Minkowitz came up with an idea for his grandfather to actually see his family through the window in his room.

"I arranged for my mother to visit her elderly Holocaust-survivor father through the window using a bucket truck," he said. 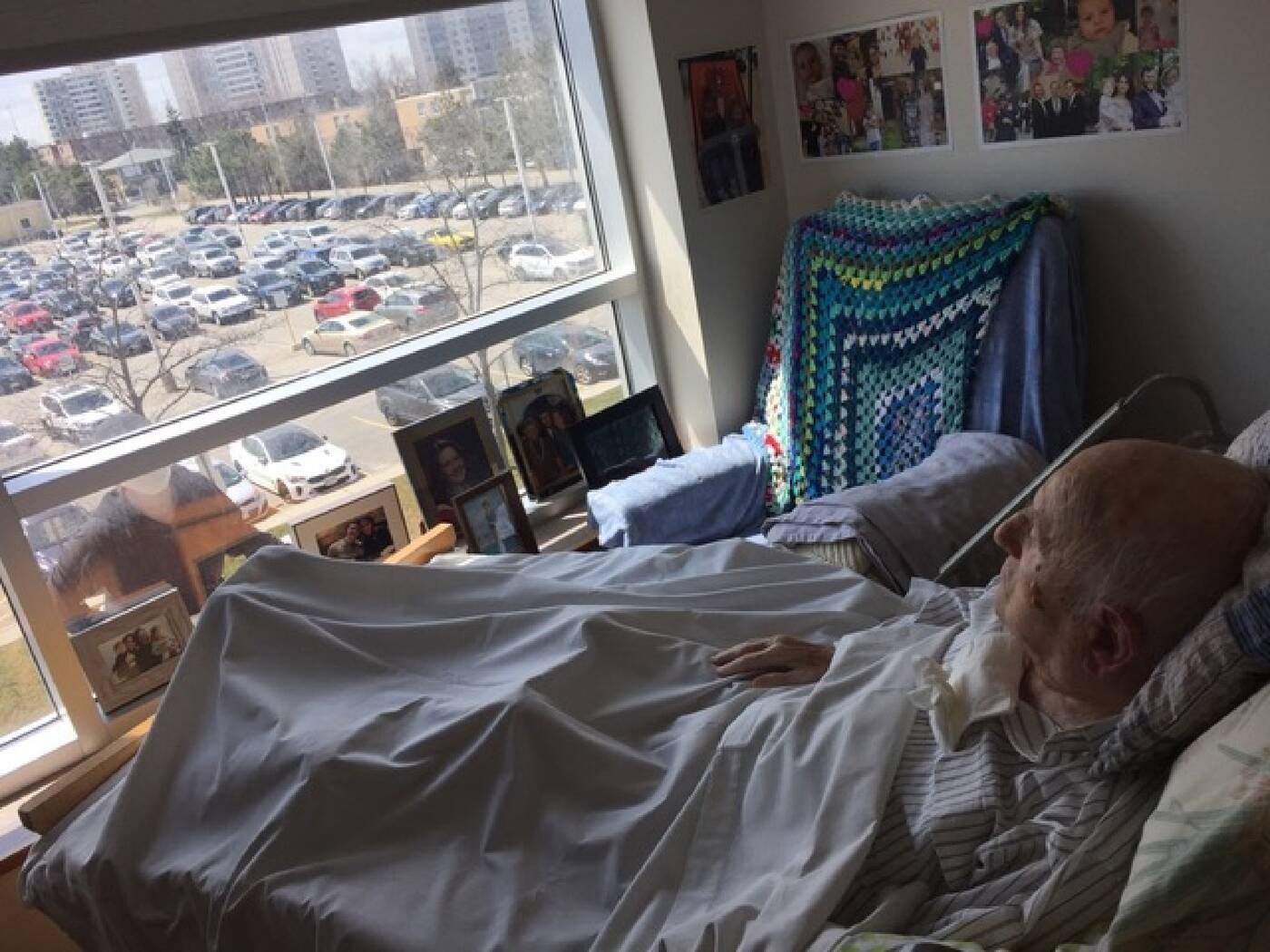 Minkowitz's grandfather visiting with his daughter through his window

Minkowitz explained that he has a friend who works as an electrician and owns a bucket truck for his job.

He said his friend parked the bucket truck outside the building and his mother was lifted to the third floor to speak with his grandfather through the window.

"He was incredibly happy and it was a much better interaction than through video chat," Minkowitz said.

Families across Ontario have been struggling since visitors were prohibited from entering old age and long-term care homes to avoid spreading the virus.

Some families have gone so far as to break the rules just to steal a visit with a loved one, but Minkowitz and his family prove that there are ways to express love to your family members without putting others in danger.

This is why a Toronto stream turned bright blue