Construction on the Crosstown LRT will stop for nothing — not a pandemic, and certainly not a ravine filled with trees.

Over the past week, scores of trees lining Eglinton Avenue East have been cut down, to the dismay of Leaside residents.

When the clearing is complete sometime next week, 274 trees between Brentcliffe Avenue and Leslie Street will have been removed to make way for a retaining wall that will sit on the north side of Eglinton Avenue after it's been widened. 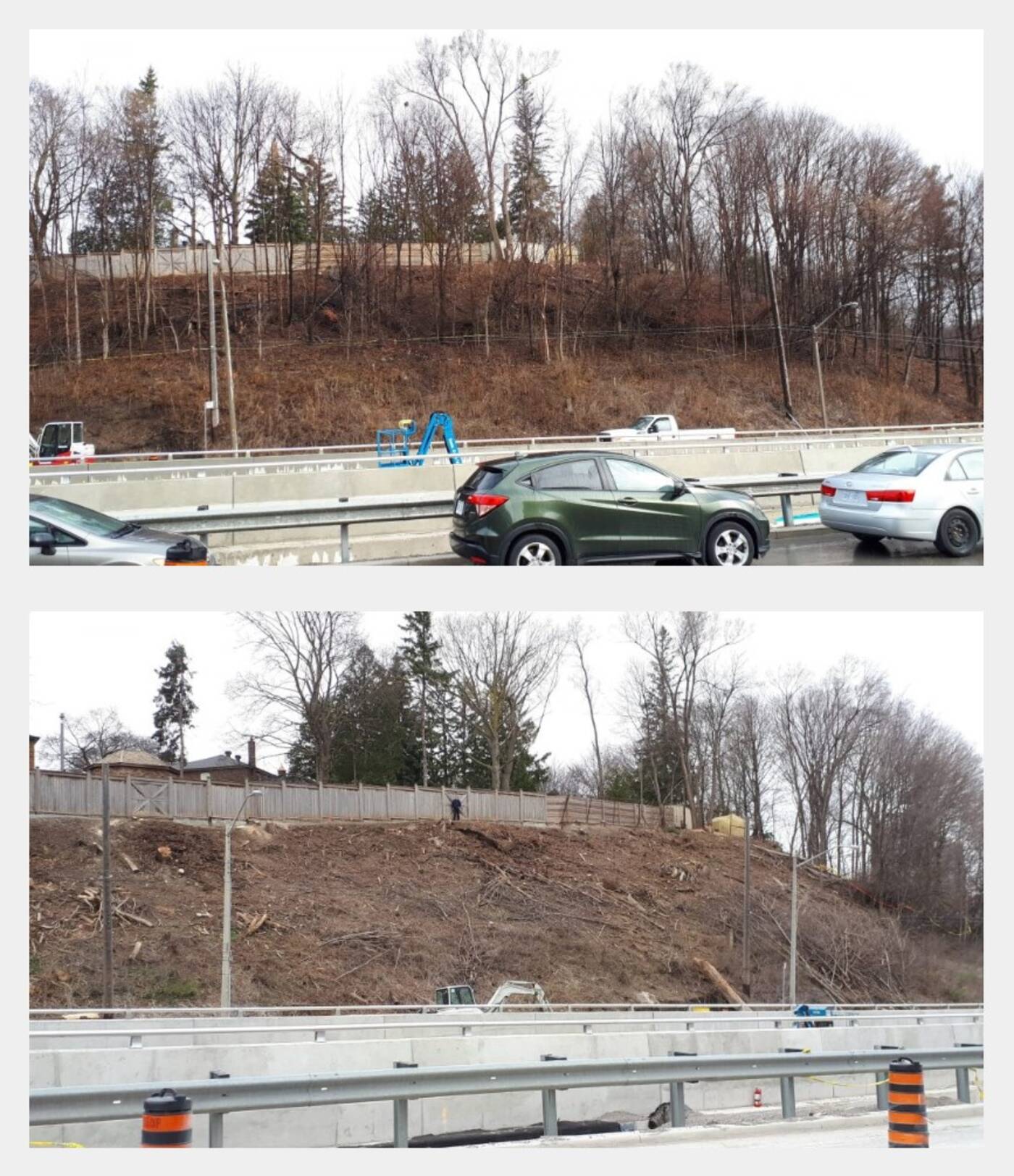 Before and after photos of the ravine after tree removal along Eglinton Avenue East. Photo via LRA.

"The LRA was contacted by Thursfield neighbours, who in addition to the epidemic-related stress that all of us are dealing with right now, were losing (and have now lost) the treed skyline, a big part of the 'peace and enjoyment' of their property," said Kettel.

Over a three-week break, Metrolinx and the LRA arranged a teleconference meeting and compiled a Q&A document for residents.

But Kettel says the questions were only "partially answered", without proper explanation of the tree removal plan. 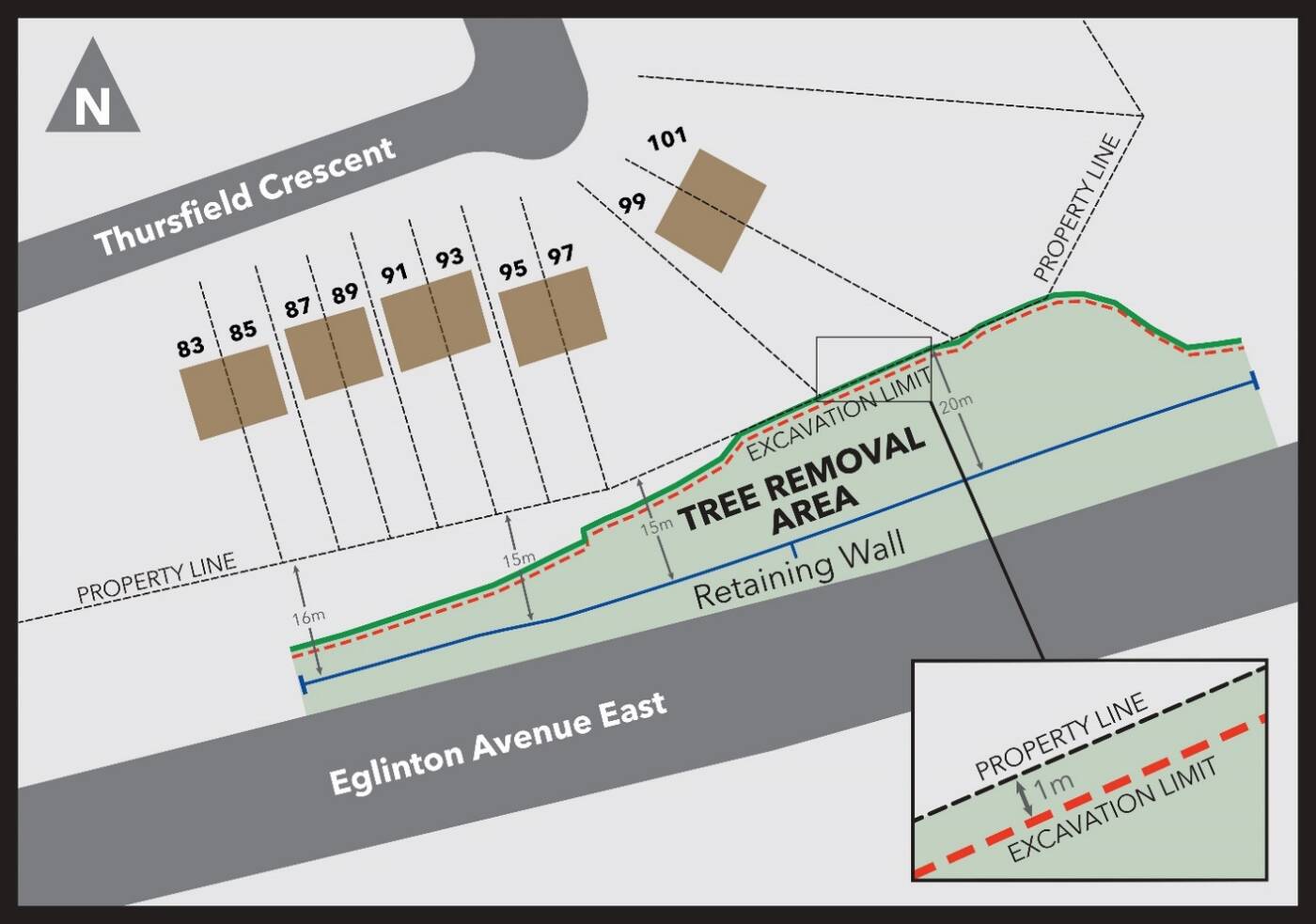 Nearly 300 trees are being cleared to make way for a retaining wall lining Eglinton Ave. Photo via City of Toronto.

The number of trees, which are being removed all the way up to residents' property lines, is "the minimum amount required to safely construct the retaining wall and perform associated grading works," said the City.

A Leaside resident named Susan, who lives in a condo on the other side of the street and has direct view of the construction site, calls the tree removal "a sad day".

"...I am going to miss the view I had from my balcony – especially in the summer/fall," she said. "It used to be beautiful trees and now it will be a huge retaining wall."