Toronto was just ranked the 13th happiest city in the world

Between the affordable housing crisis, constant construction, skyrocketing pedestrian fatality rates, condos replacing everything we've ever loved and the general state of the TTC, we in Toronto share many collective grievances.

And yet, despite everything people get mad about on Twitter all the time, Torontonians are pretty contented on the whole.

Not like, Oslo or Helsinki happy, but way happier than people in New York, London or Tokyo, according to a new ranking of the world's "happiest" cities.

Toronto is one of those 25 highly-liveable cities, according to Knight Frank, and we came in at spot number 13 on the firm's list for 2020. 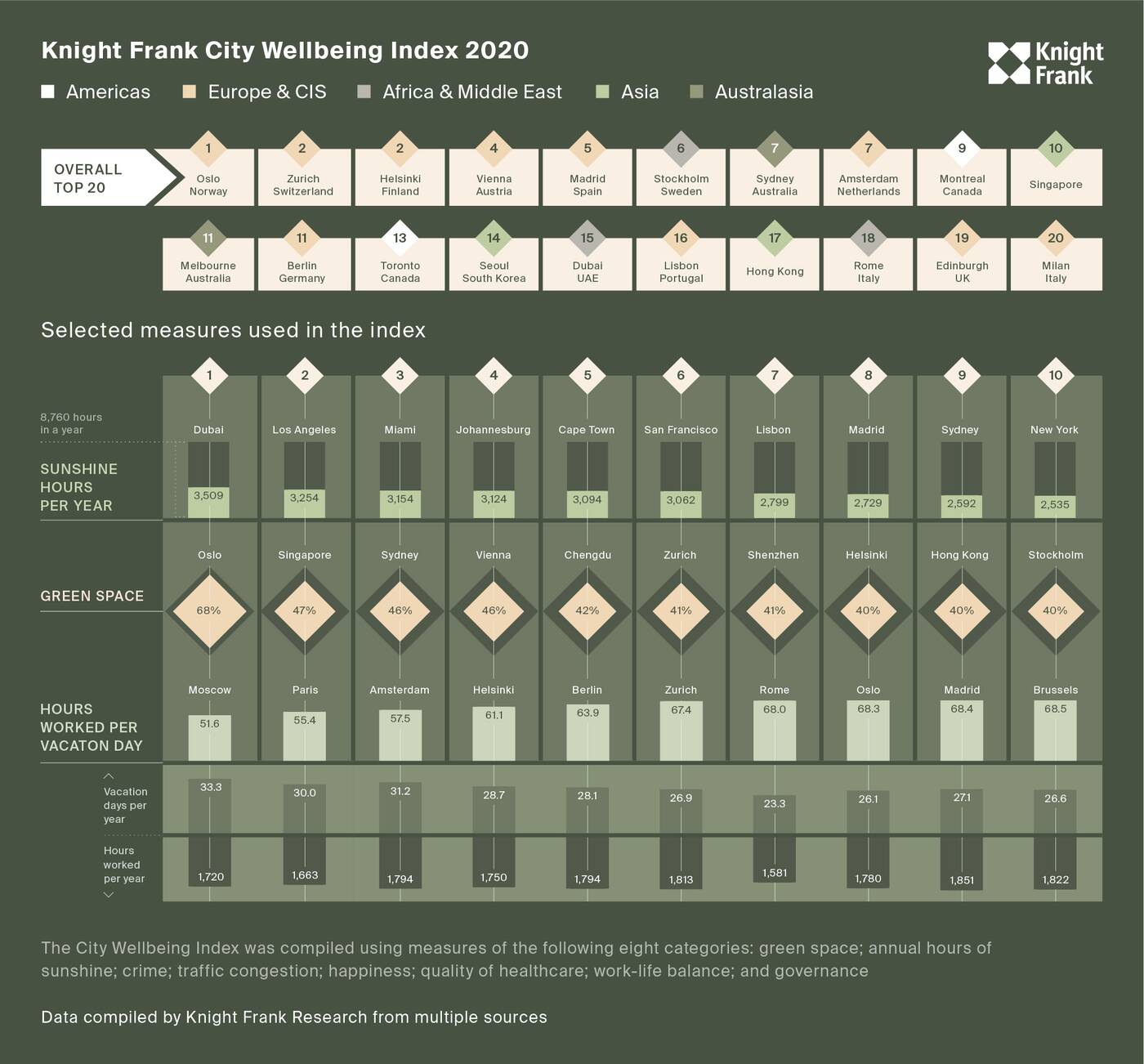 Knight Frank broke down the numbers from its annual Wealth Report for the first time this year to try and determine the wellbeing of major world cities. Image via Knight Frank.

"There is a growing focus on wellness as a measure of national performance: something that has in the past been assessed in purely economic terms, generally measured in the form of GDP," reads a report introducing the freshly-unveiled index.

"However, there is no universally accepted method of measuring wellbeing, nor how it pertains to wealth creation. We therefore decided to develop our own index using eight measures to identify those urban centres that are enabling citizens to achieve a higher level of wellbeing."

While Knight Frank's analysts admit that their attempts to do so are subjective, the criteria used to rank these countries is solid: personal security, lifestyle, healthcare, crime, work-life balance and access to green space and hours of sunshine per day were looked at, among other things.

Using these indicators, analysts concluded that Toronto has an overall happiness score of 9.2 out of 10, tying us with Montreal for the happiest North American cities ranked.

You can see the full breakdown and comparison here, but be warned: Toronto did not fare so great in the areas of green space, sunshine hours or "hours worked per vacation day."