Living in Toronto, we have the privilege of having the great expanse of Lake Ontario at our southern horizon. But how many of us have ever explored the rest of our neighbouring Great Lakes?

If the answer is never, there's some good news for well-moneyed travellers looking for an alternative to sunny country-bound tours: a new cruise that winds from Lake Ontario all the way west to Lake Michigan.

The Switzerland-based company Viking Cruises has announced that, starting in 2022, they'll be conducting an eight-stop tour called Niagara & the Great Lakes that will traverse every Great Lake except for Lake Superior.

The luxury ships going on the voyage have actually have yet to be built. A 665-foot-long vessel called the Viking Octantis is slated to be finished in January 2022, while a second ship called Viking Polaris is expected to launch in August that same year. 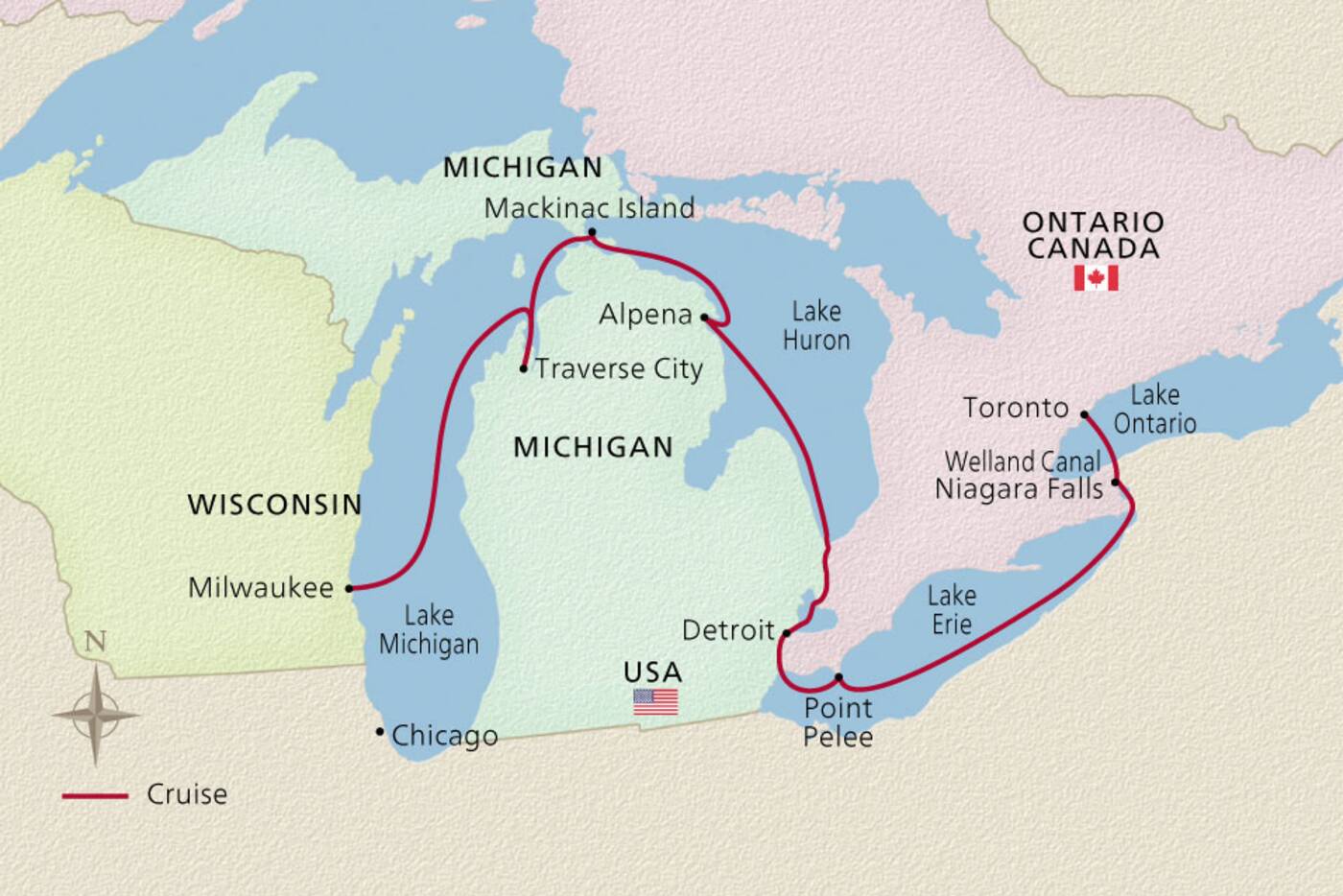 When they are complete, half of the cruises will start in Toronto, winding south through Welland Canal and hitting Niagara Falls before traversing the entirety of Lake Erie to get to Point Pelee.

From there, voyagers are Michigan bound, stopping by Detroit before travelling north to Alpena, where they'll be able to kayak over shipwrecks in Thunder Bay.

There'll be a day of exploring the car-free Mackinac Island, the tour's most northern destination, before exploring the Sleeping Bear Dunes of Traverse City via Lake Michigan. The final destination will be Milwaukee, Wisconson.

Lxury cruises (which are responsible for a staggering amount of terrestrial and aquatic pollution) might seem like a counterintuitive way to explore the Great Lakes—the Earth's largest group of freshwater lakes—but if you're going to hop on a giant vessel, might as well explore some of your own country while you're it.