At long last, after more than 12 years of political squabbling, Garrison Crossing has opened in Toronto's west end.

Known as the Fort York Pedestrian and Cyclist Bridge when it was first approved all the way back in 2007, the enormous stainless steel crossing spans all the way from South Stanley Park to historic Fort York. 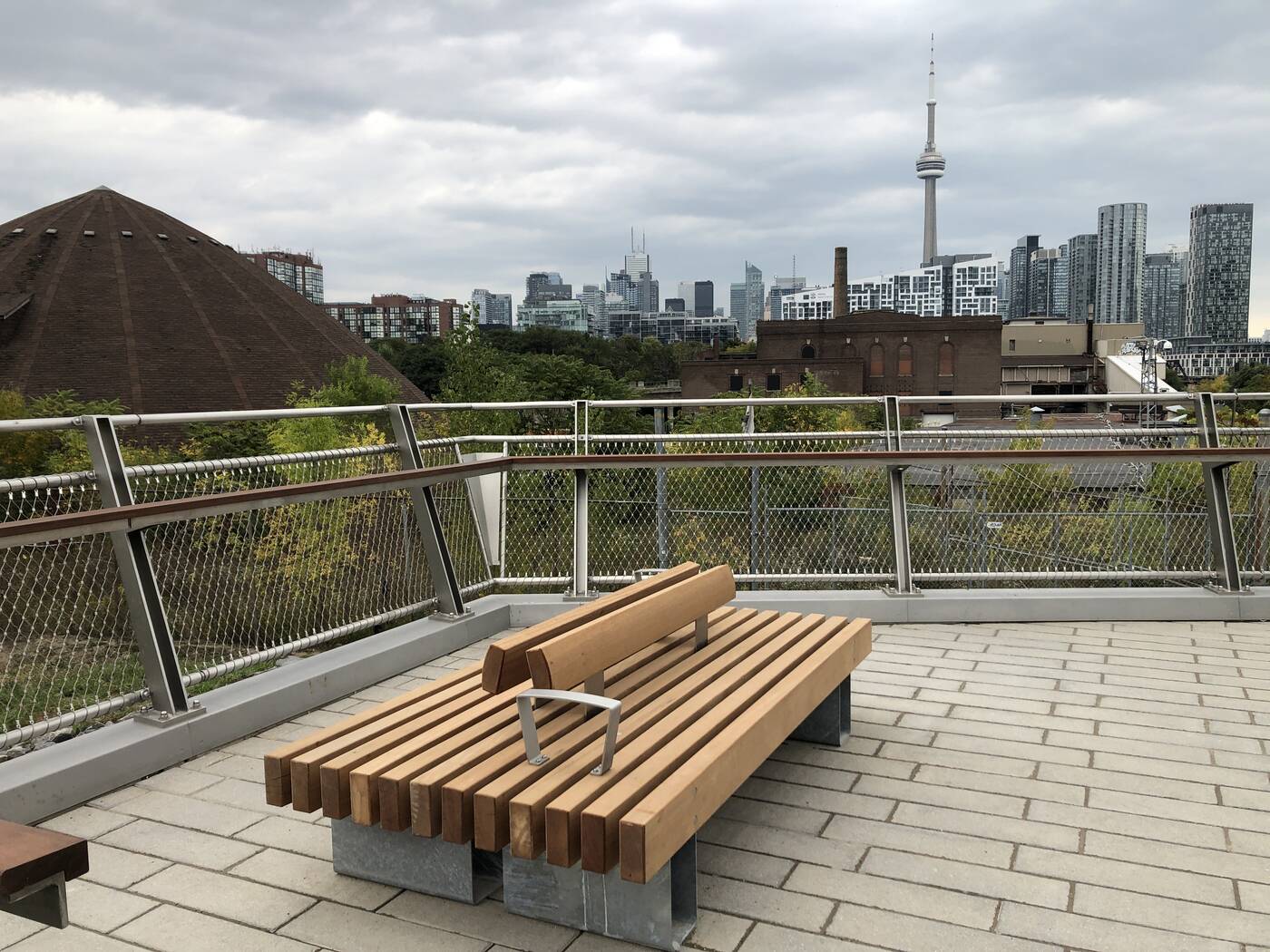 A first of its kind in Canada, the project is comprised of two separate bridge structures separated by a path that runs through the previously-vacant Ordnance Triangle, just east of Liberty Village. 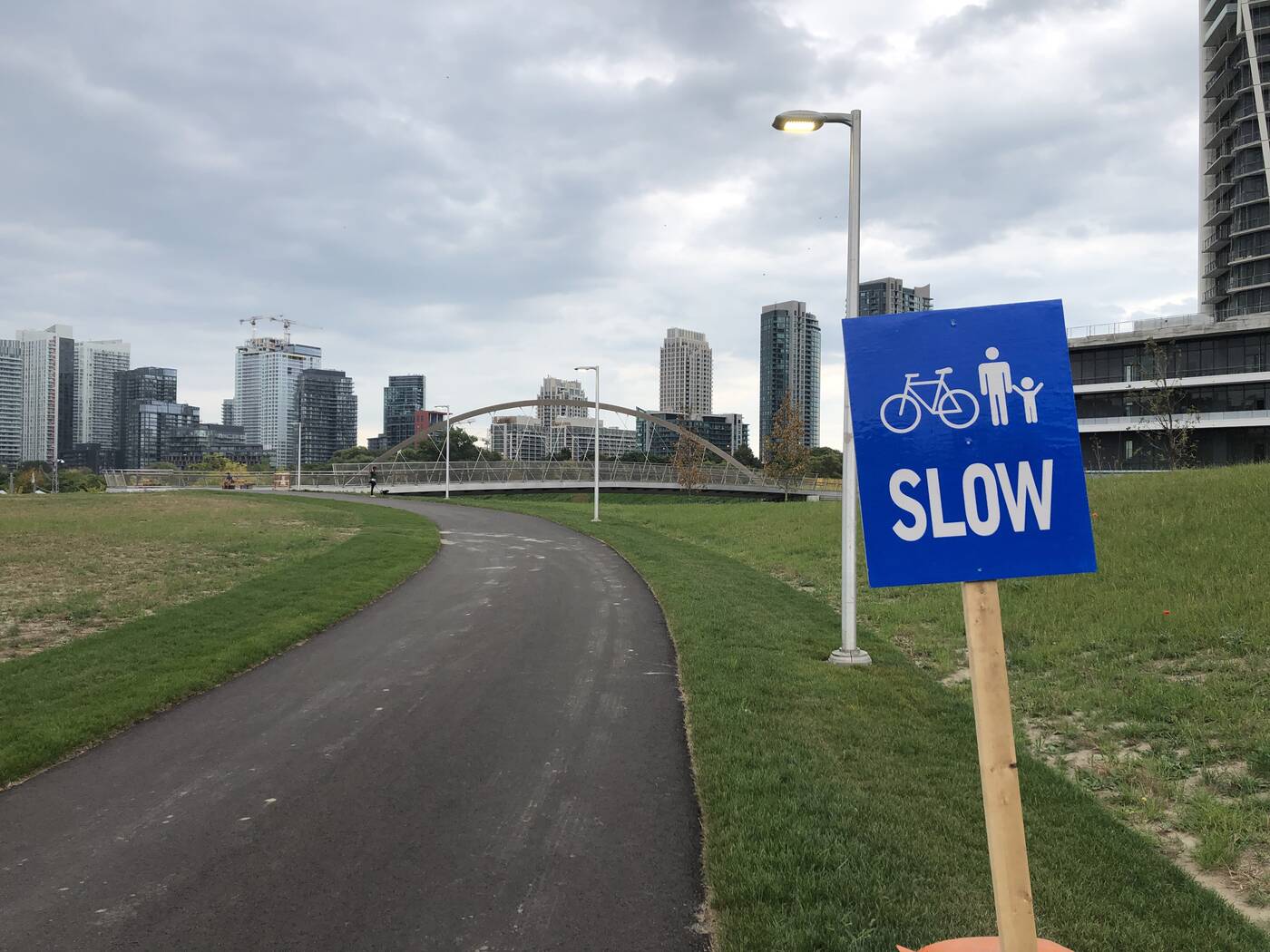 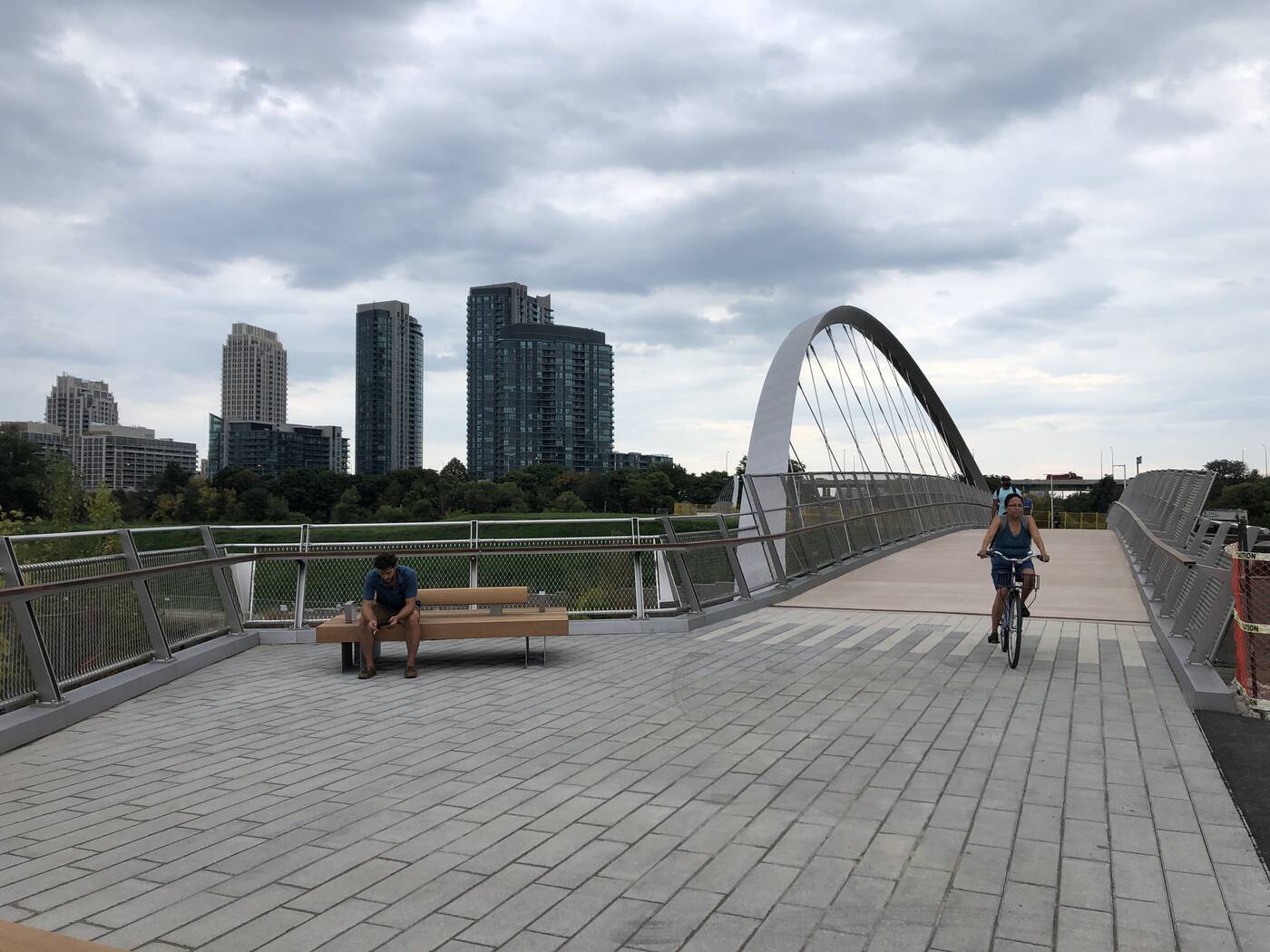 There, pedestrians and cyclists can get a new, better-than-ever view of the infamous Quality Meat Packers and Toronto Abattoirs, a slaughterhouse that shut down for good in 2014 and will eventually turn into condos. 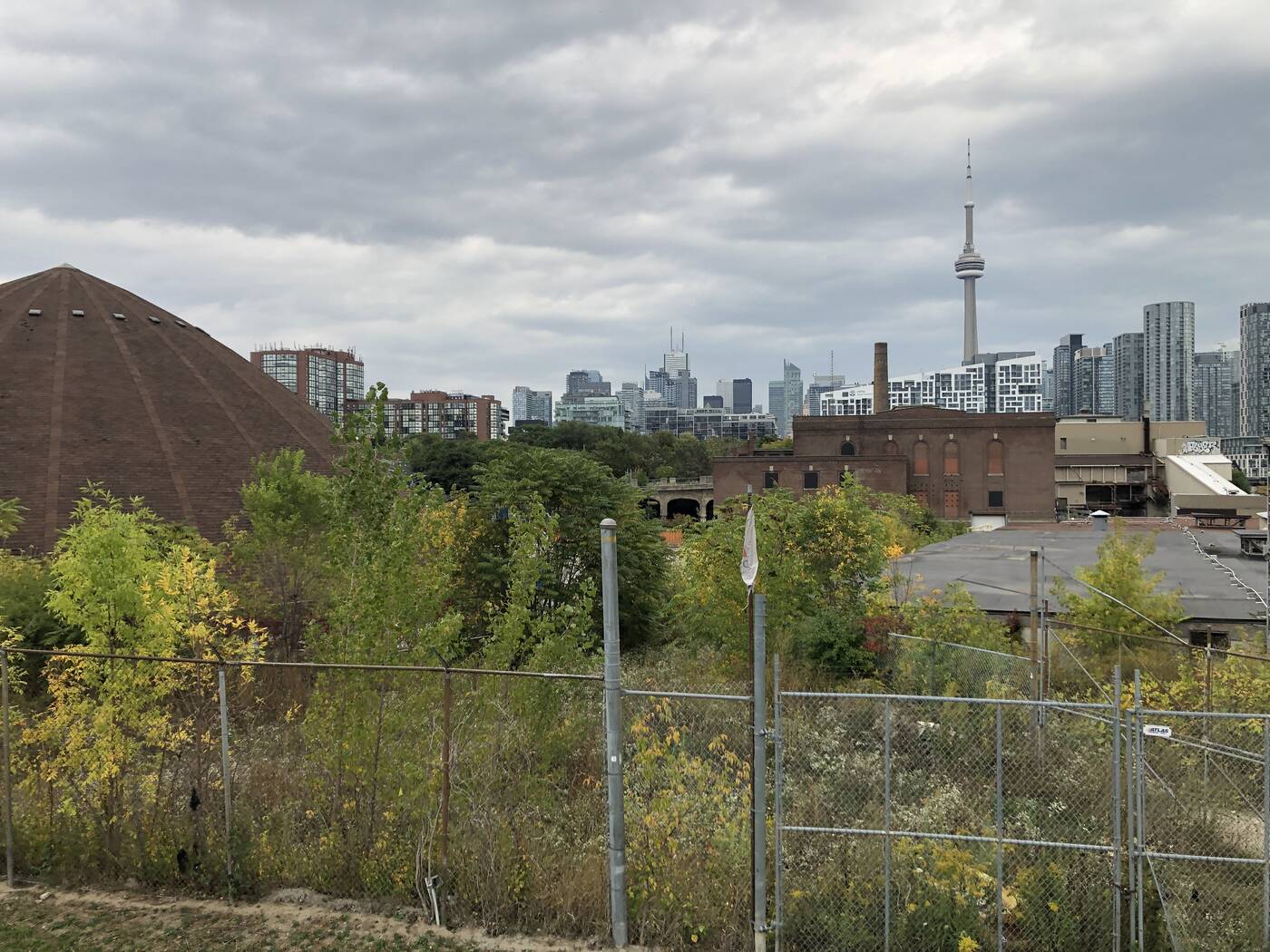 The southern bridge spans another 49 metres and runs from Ordnance Triangle Park over the Lakeshore West rail corridor, right into the heart of the Fort York National Historic site. 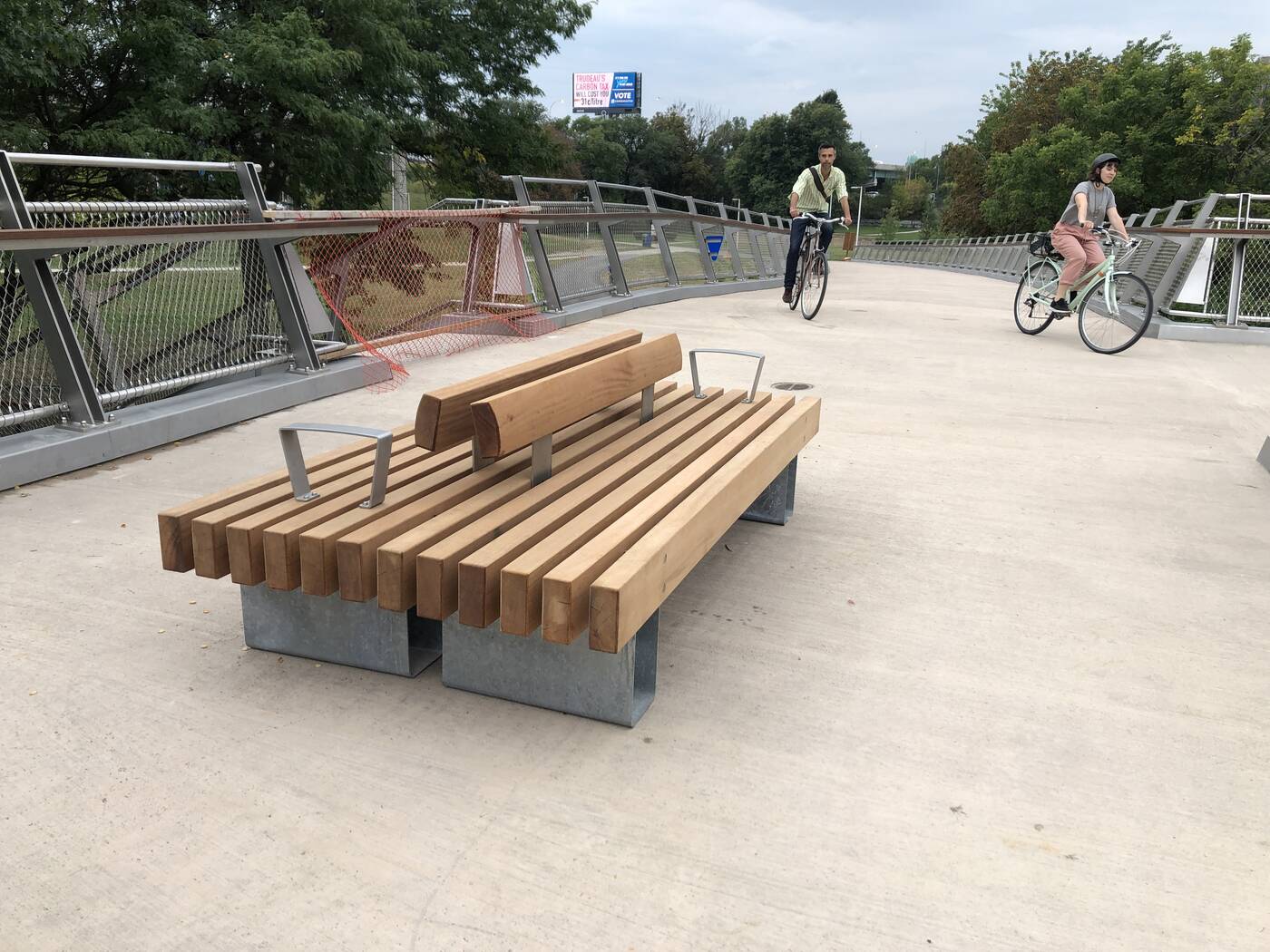 It's a clean-looking, modern bridge, with plenty of places to sit, chill and take in the beauty of Toronto's skyline as seen over the rail paths. 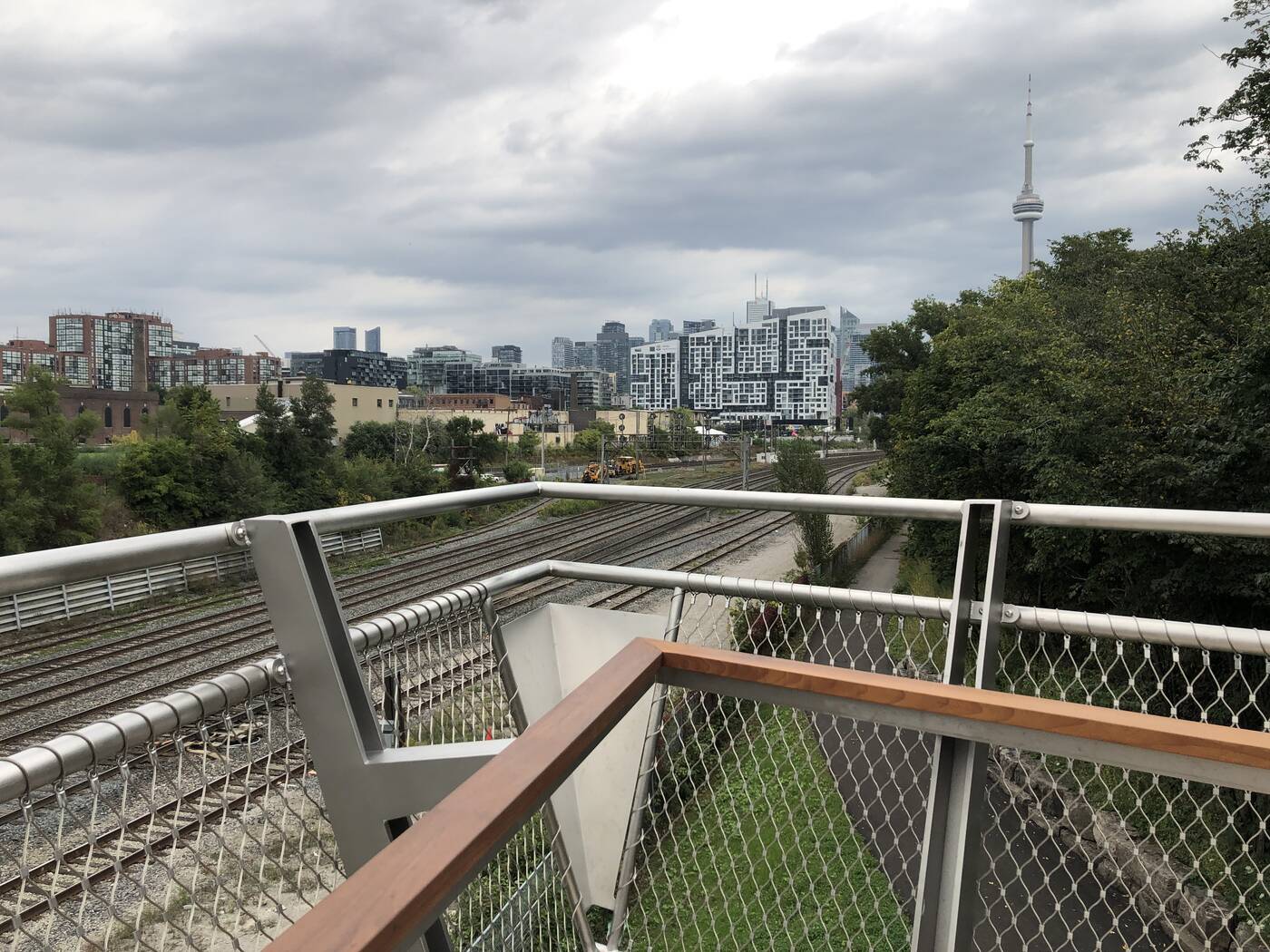 Garrison Crossing was designed to do more than bring extra recreational space to the area, however — a fact that Mayor John Tory and Councillors Joe Cressy and Mike Layton made clear during a ribbon cutting ceremony on Tuesday morning. 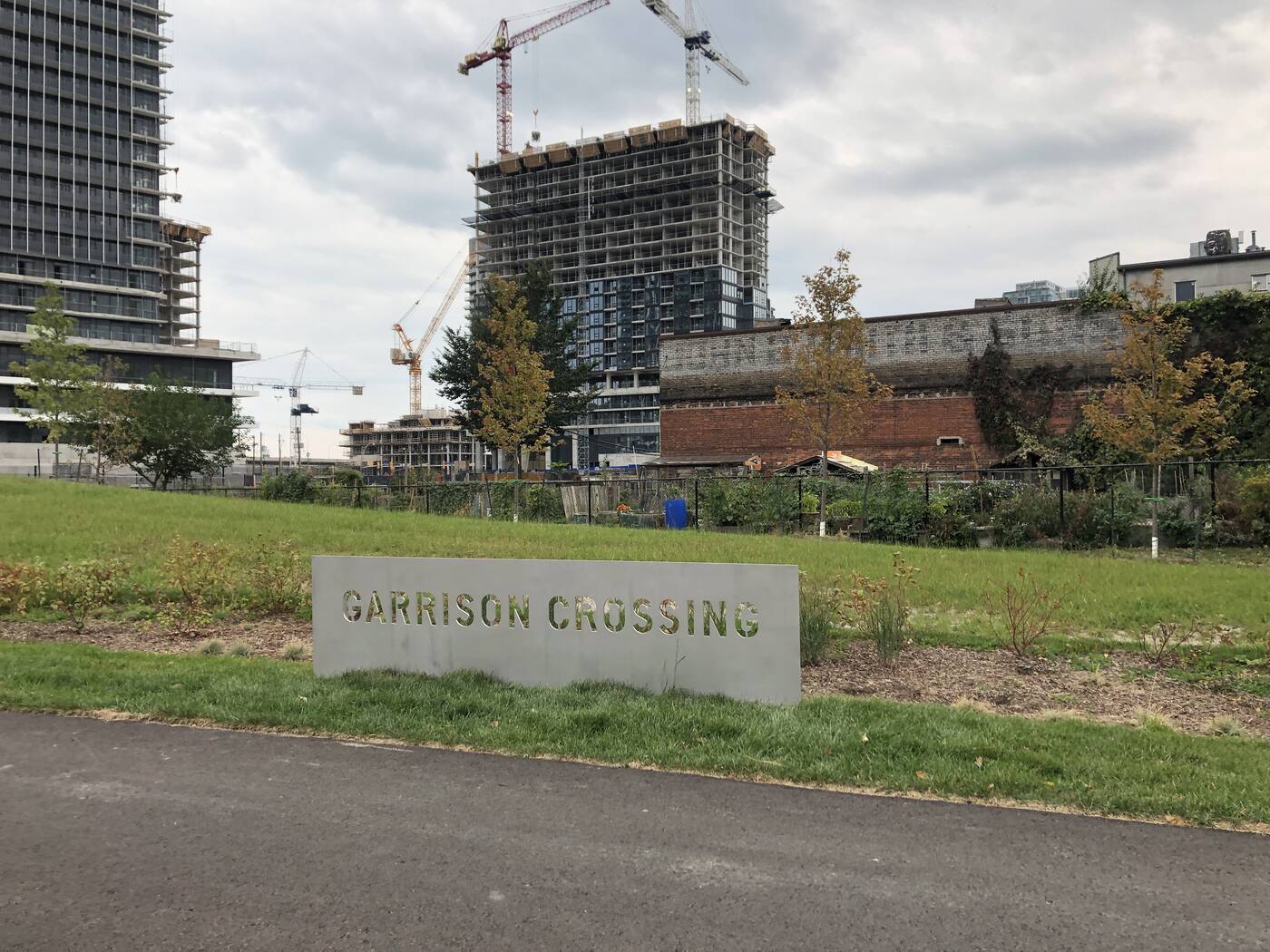 "Garrison Crossing is a critical city-building initiative for our growing downtown," said Cressy of the new bridge set. "It will create a vital connection from the Fort York and Waterfront neighbourhoods to communities north of the rail corridor." 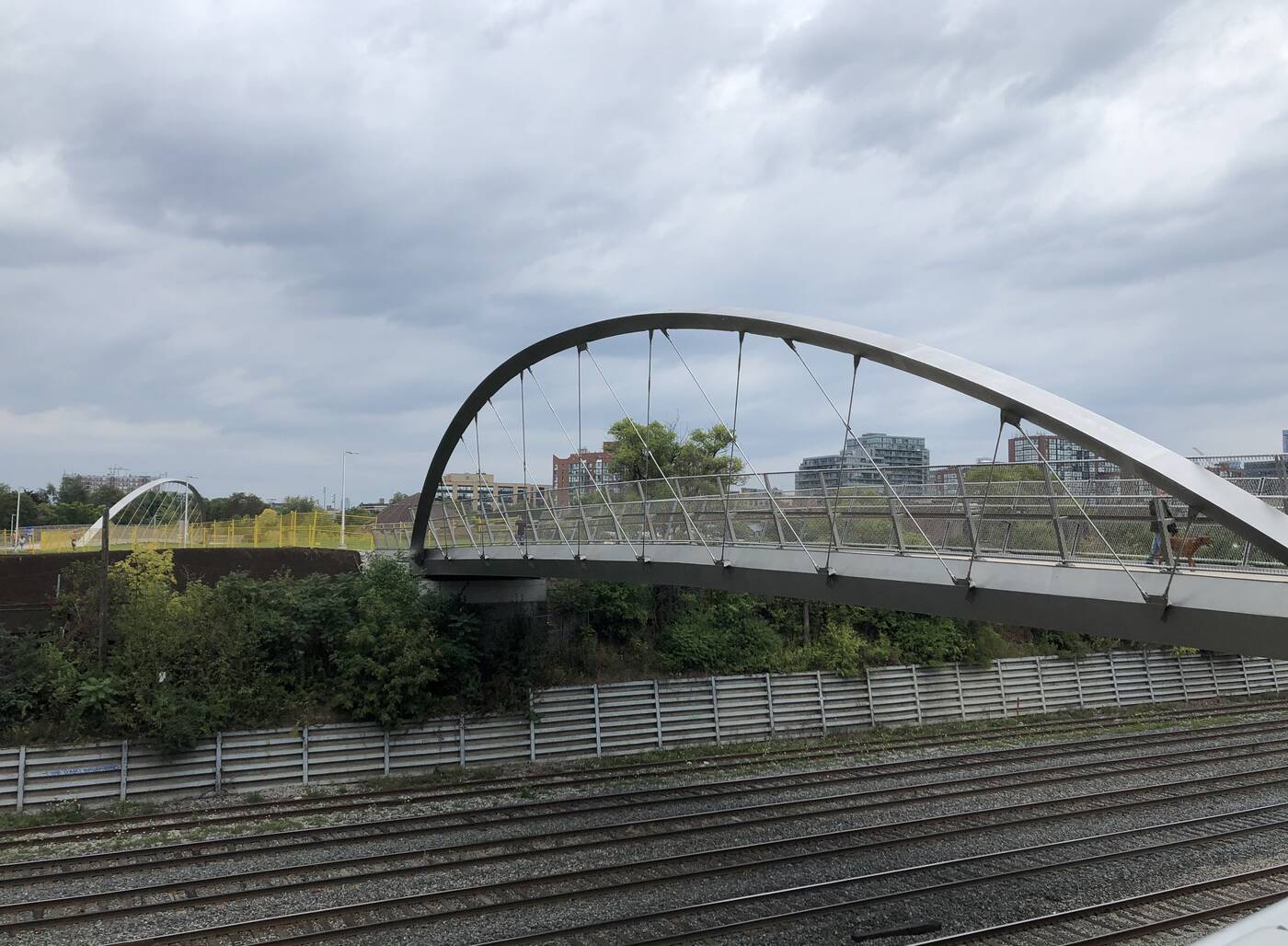 The project was led by CreateTO on behalf of the City of Toronto, while construction was managed by Dufferin Construction with help from the structural engineering firm Pedelta and the landscape architecture firm DTAH. 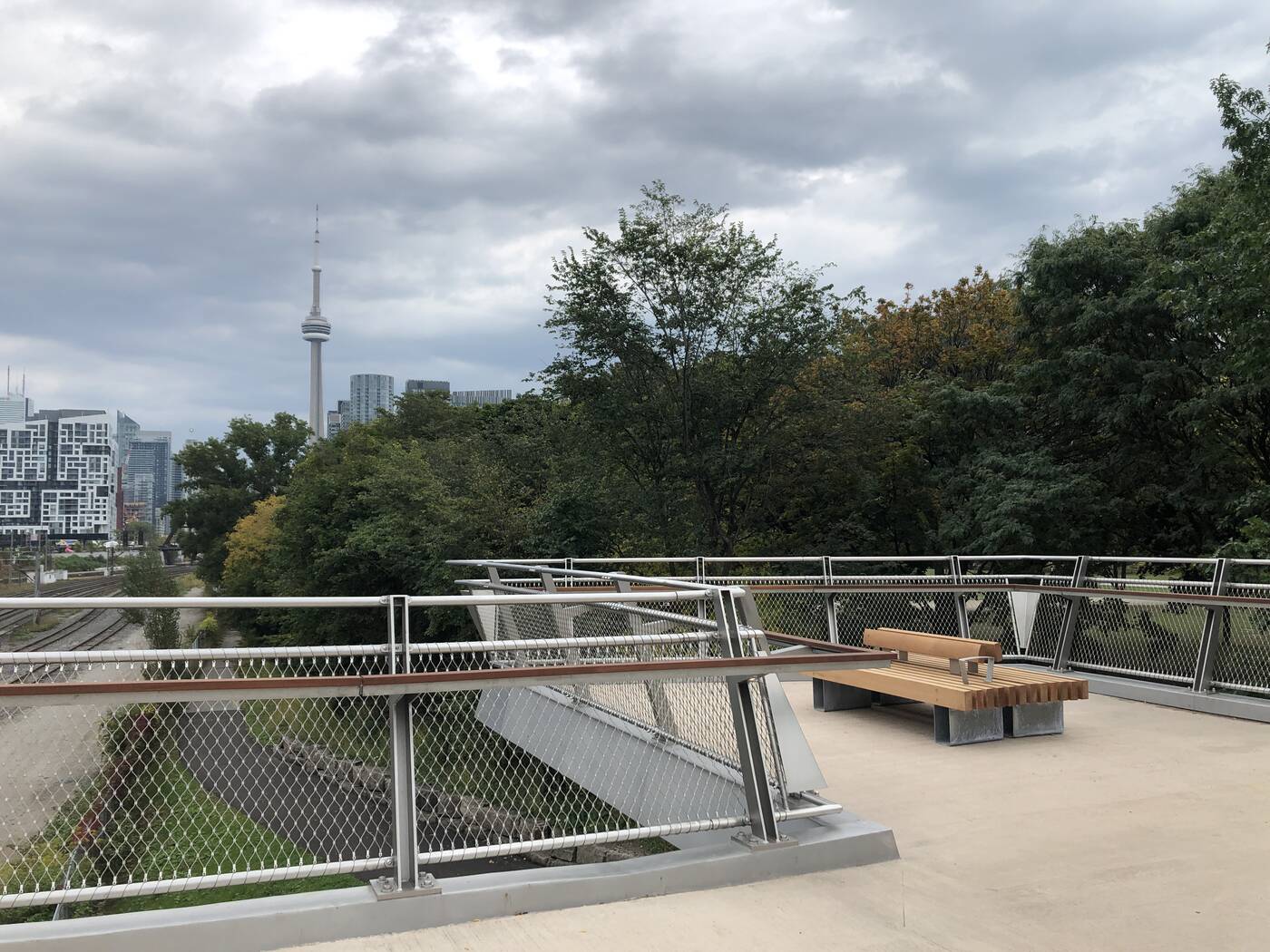 Moving forward, the crossing's bridges and trails will be maintained by the City of Toronto's Transportation Services and Parks, Forestry and Recreation departments. 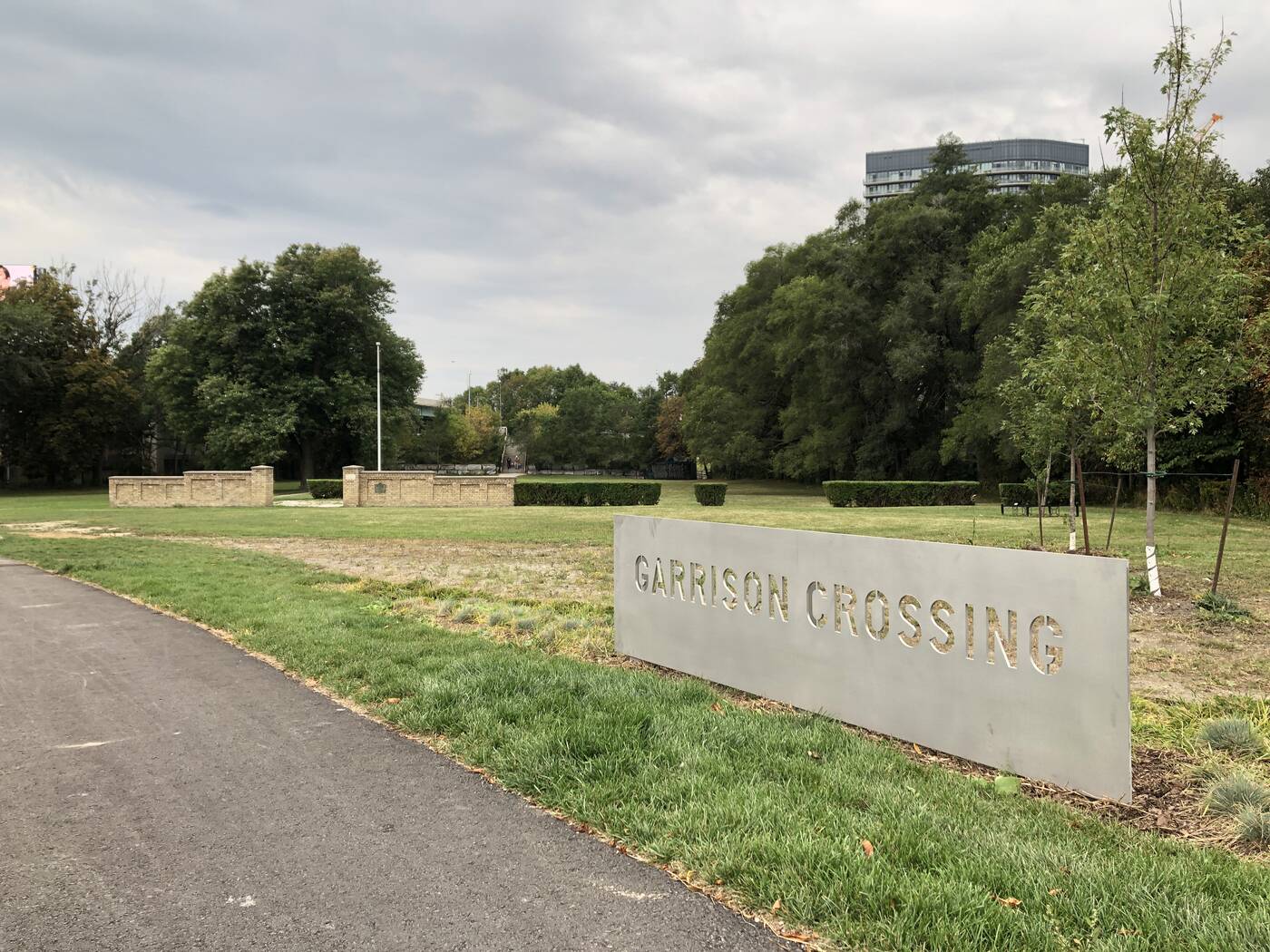 "This stainless steel bridge project — the first of its kind in Canada — shows the progress our City is making when we work together with CreateTO and the private sector to get things done for our residents."