Toronto slaughterhouse could be transformed into condos

Some of Toronto's most covetable addresses belong to old, industrial-era factories that have been converted into lofts.

A proposed development for 2 Tecumseth Street and 125 Niagara Street could very well be one of them in just a few years – but only for people who can stomach the idea of living in a former slaughterhouse.

The infamously stinky Quality Meat Packers and Toronto Abattoirs shut down for good in 2014, though some west-end residents still complain of rotting, death-like odours coming from the land on hot summer days.

Prior to this, abattoir workers had been killing up to 6,000 pigs a day for nearly 100 years. That's a lot of pig ghosts (and blood in the ground) to reckon with. 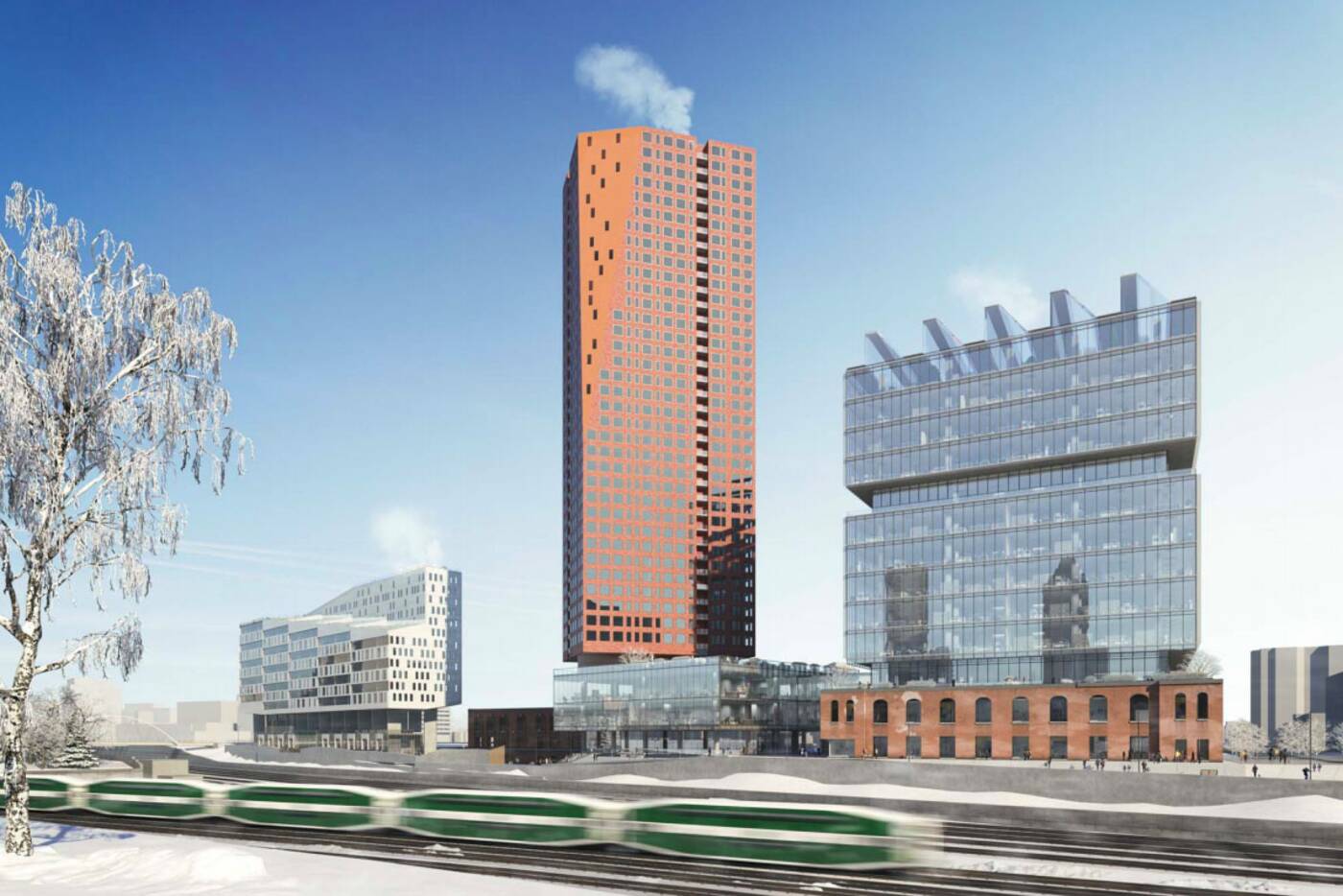 Still, the facility's location in a fast-gentrifying area, just east of Liberty Village and north of Fort York, makes it an attractive space for developers and buyers alike.

Real estate development firm TAS wants to build a 91,347-square-metre residential, retail and office complex on the site, calling the project "an opportunity to reflect and reimagine iconic elements of Toronto's heritage."

The KPMB-designed complex would include six buildings of various heights (the tallest being 38-storeys) according to development proposal materials submitted to the city in November.

Three existing buildings will need to be torn down for the project, but one will be retained: the former Toronto Municipal Abattoir building.

"We will retain the heritage shell of the former meatpacking building," reads one proposal document.

"It will be repurposed to house a food market hall and restaurants at grade, 11 floors of Class A commercial above, topped with a fully integrated commercial-scale greenhouse, designed to bring food production back to the site."

A 196-page "contaminated site assessment" submitted to the city  with these documents suggests that anything gross related to the old slaughterhouse will be removed in the course of excavations.

The same report shows that "odours relating to the historical operations carried out on-site" were identified as recently as 2016.

"Staining" was also observed on concrete floors throughout the abattoir building, which has not been cleaned or maintained since 2014.

If you live in the area, join our community consultation meeting for development at 2 Tecumseth Street. We'll be at 250 Fort York Blvd. on March 22nd, 6:30pm-9:00pm, and would love to see you there. Find more background on this site here: https://t.co/c4pY1hqiqA pic.twitter.com/7qgXnhnKAQ

Developers have scheduled a community consultation for March 22 at the Fort York National Historic Site, on the recommendation of Toronto's City Planning Department.

It's either that or "Hogtown," and I think most people are over that name by now.