The Fork York Pedestrian Bridge is back, as Build Toronto unveiled a new design for the infrastructure project that Rob Ford notoriously cancelled back in 2011. The new bridge isn't quite as stunning as the earlier iteration, but just having the project in the works is good news for the city. 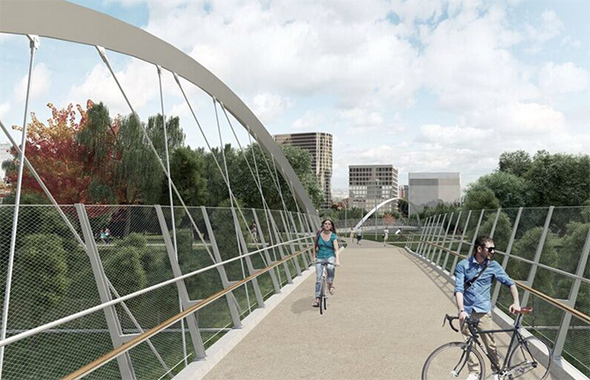 The new bridge will come in at $20 million and is projected to be open for spring 2017. The project will link Fort York with neighbourhoods and parks to the south and north, and play a crucial role in fostering access to the recently announced Under the Gardiner development. 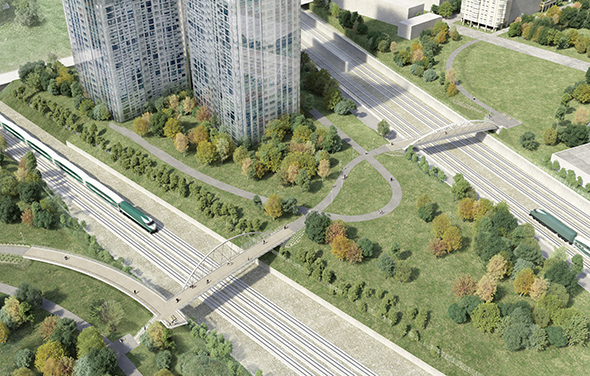 Naturally, it's also good news for Fort York itself, which now boasts a gorgeous visitor centre that could easily accommodate more people poking about into Toronto's deep history. With the bridge in place, the Fort will be situated as a central space between the waterfront/revitalized Queens Quay and Trinity Bellwoods Park. That's some prime cultural real estate. 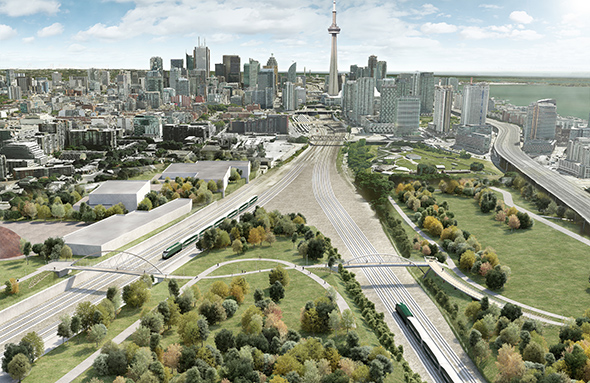 It's a rather Toronto story this bridge. Initially approved back in 2007, it's taken years and years to get the project to construction status. In the process our expectations on the design were lowered, but the tremendous value of the link itself remains undiminished. 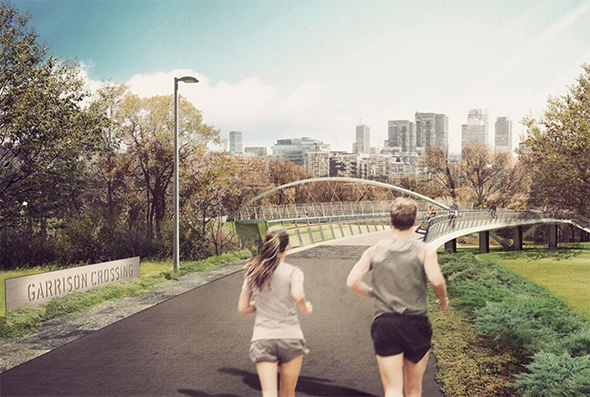