Toronto's newest bridge has now been put into place

Soon, pedestrians and cyclists will be able to walk from Stanley Park to the Fort York grounds uninterrupted, thanks to Garrison Crossing.

The project has been years in the planning, but the past four months have seen the most progress since construction on the two-part bridge began in 2017.

Running north to south just east of Strachan Ave., the connection will provide a way for those travelling through Liberty Village to traverse over two railways: the Kitchener rail corridor and the Lakeshore West rail corridor.

We are pleased to announce #GarrisonCrossing’s south bridge span was hoisted into place on Saturday morning. Check out the photos from the bridge lift! pic.twitter.com/2iNZTxKpzR

Constructed by Oakville-based Dufferin Construction Company, the entirety of the bridge—which is as long as five football fields—will span from Wellington Street to Garrison Common in the Fort York grounds. 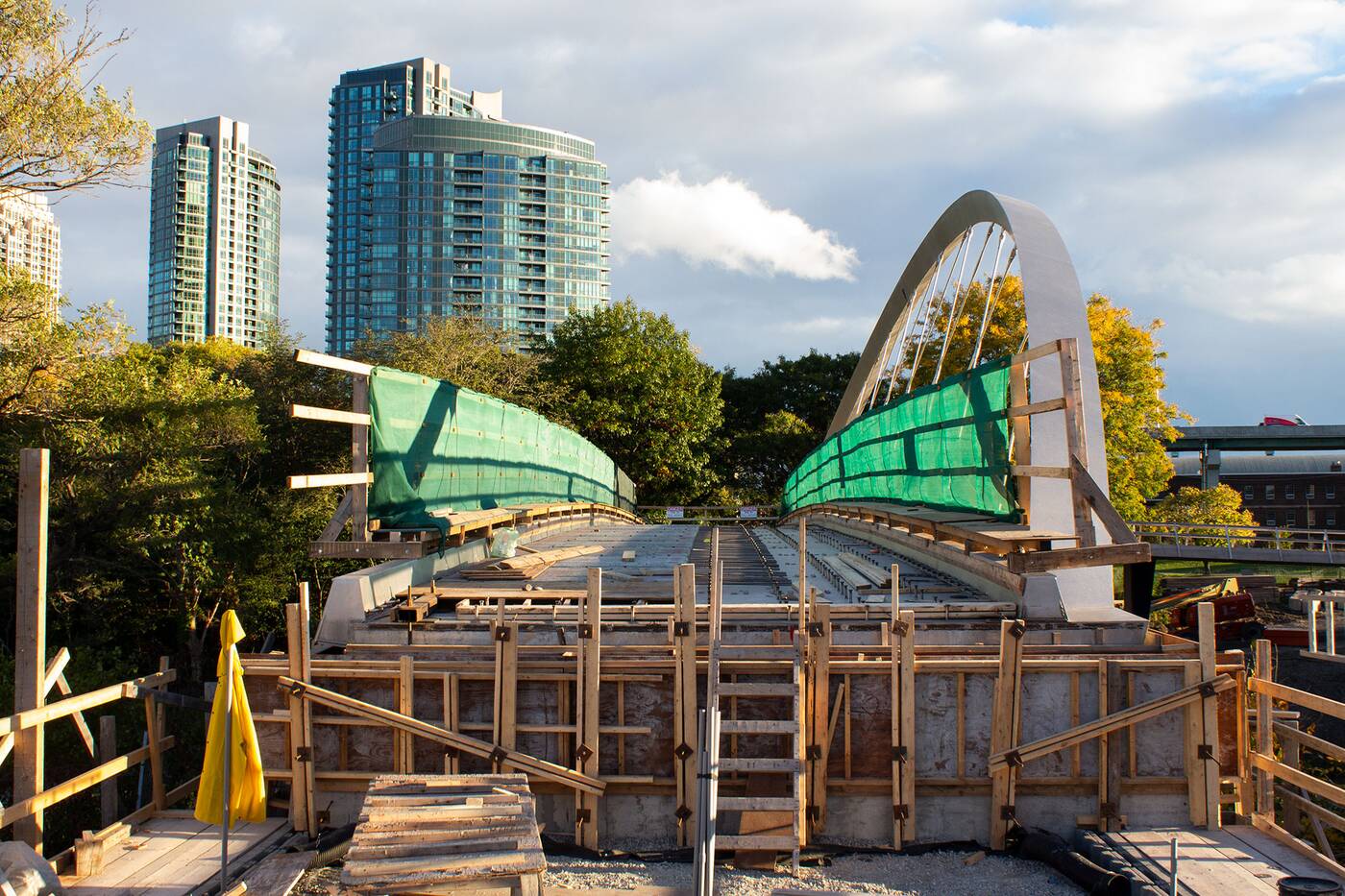 The southern section of Garrison Crossing extends over the Lakeshore West rail.

Both sections will meet on a shared piece of land called the Ordnance Triangle—a 7.75-acre triangular piece of land formed by the curve of the railway tracks, which will soon become the site of some major developments of its own.

The northern section, which is the slightly longer of the two at 52-metres, was hoisted up in July.

This part of the bridge spans over the Kitchener rail, and will connect the Ordnance Triangle with the southern extension of Stanley Park, which is expected to be landscaped sometime next year.

The southern section runs 49-metres, and extends from the triangle over the Lakeshore West rail and touches down in Garrison Common. 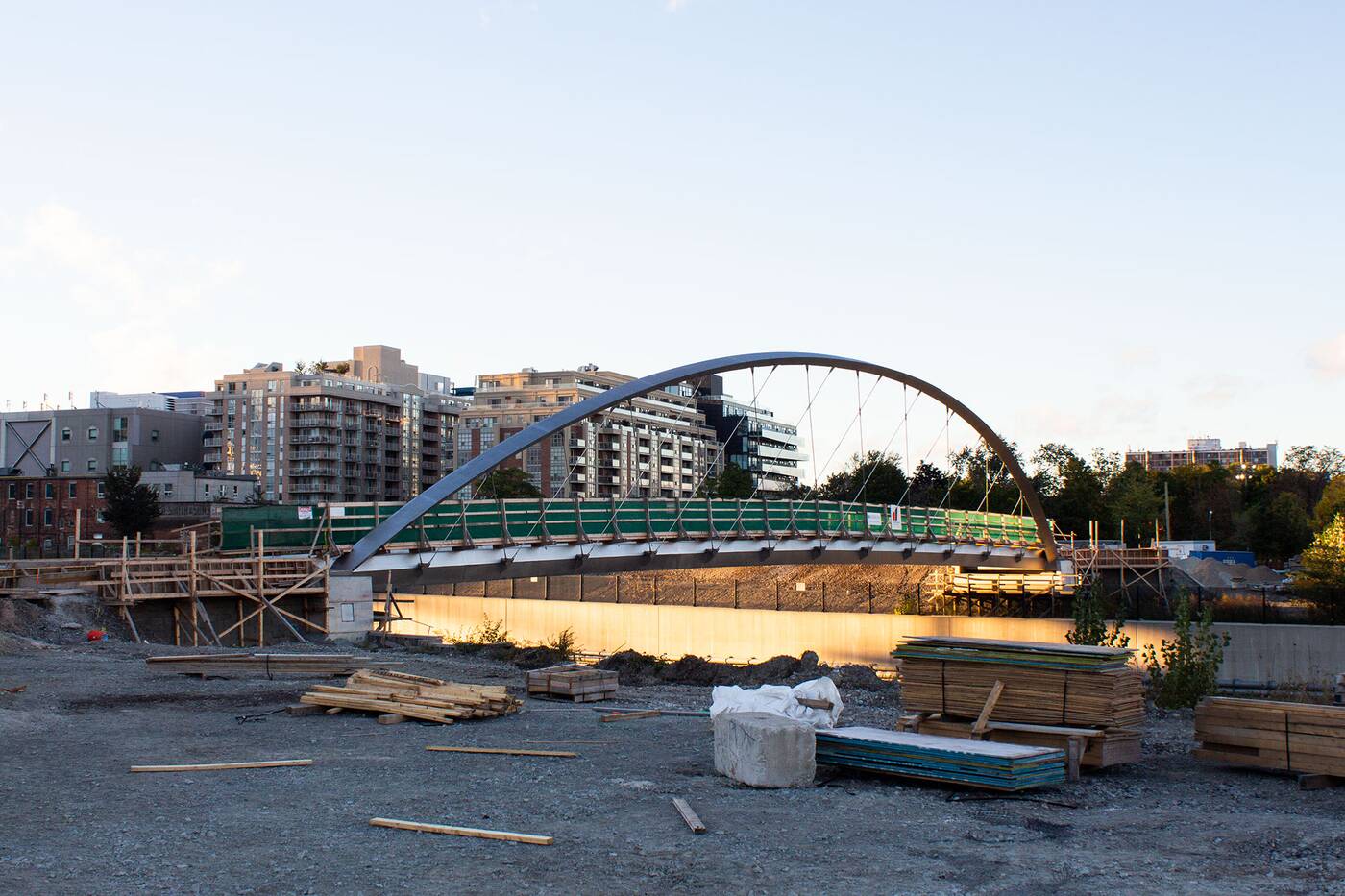 The northern part of the bridge will connect Ordnance Triangle to an extension of Stanley Park.

Designed by engineering and design firms Pedelta, DTAH, and AECOM, Garrison Crossing is the only bridge in Canada to be constructed out of stainless steel, courtesy of Mariani Metal. It'll also feature concrete decks and handrails made of wood.

Still very disappointing that this far superior design that had been approved was cancelled.

What was the final budget for the bridge that’s under construction? I suspect that the years long delays increased the price from the bridge that was cancelled for being “too expensive”. pic.twitter.com/RXQRZJZ8Z7

First proposed by the City in 2004, the project was initially referred to as the Fort York Pedestrian and Cycle Bridge.

The original design was elegant but it bypassed the park itself. The new design allows people to access the park and will be more useful for the people who will be living nearby to access the path. The superior design in this case is the simpler one.

In 2013, the project took on a new name and today is managed by the city's new real estate agency, CreateTO.

There's still work to be done before Garrison Crossing is complete in 2019, but when it's done, the project will play an important role in connecting some of the city's most vital green spaces. 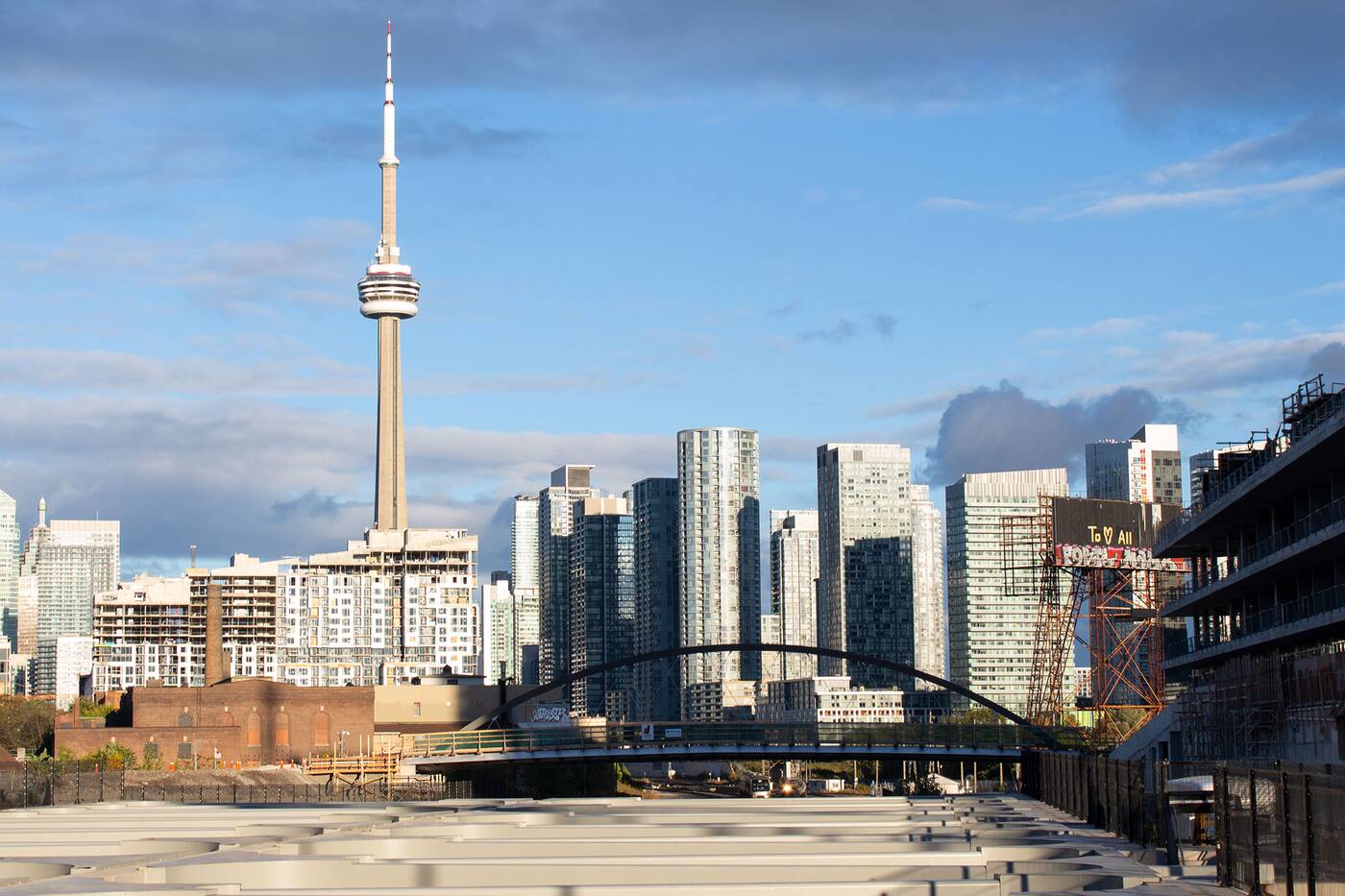