As the future of the Downtown Relief Line dwindles and Premier Doug Ford advances plans for the Ontario Line, one Torontonian has decided to design “fantasy” renderings of what our future subway line could look like, if it ever gets built.

This is what Toronto's new subway map might look like after today's announcement from the Ontario government. The plan is expected to cost $28.5 billion. #Toronto #TTC pic.twitter.com/0xpUrxFyJL

Designer Wylie Poon has been illustrating future Toronto transit stations since 2009 on Flickr, which indicates just how long the plans for a new subway line that would alleviate tension points in our current system have been discussed.

Since Ford announced his new $28.5 billion Ontario transit expansion plan in April, Poon has been back to the drawing board.

He recently published what the Queen/ Spadina Station, which would be located on Queen Street with entrances east and west of Soho and Peter streets, would look like. 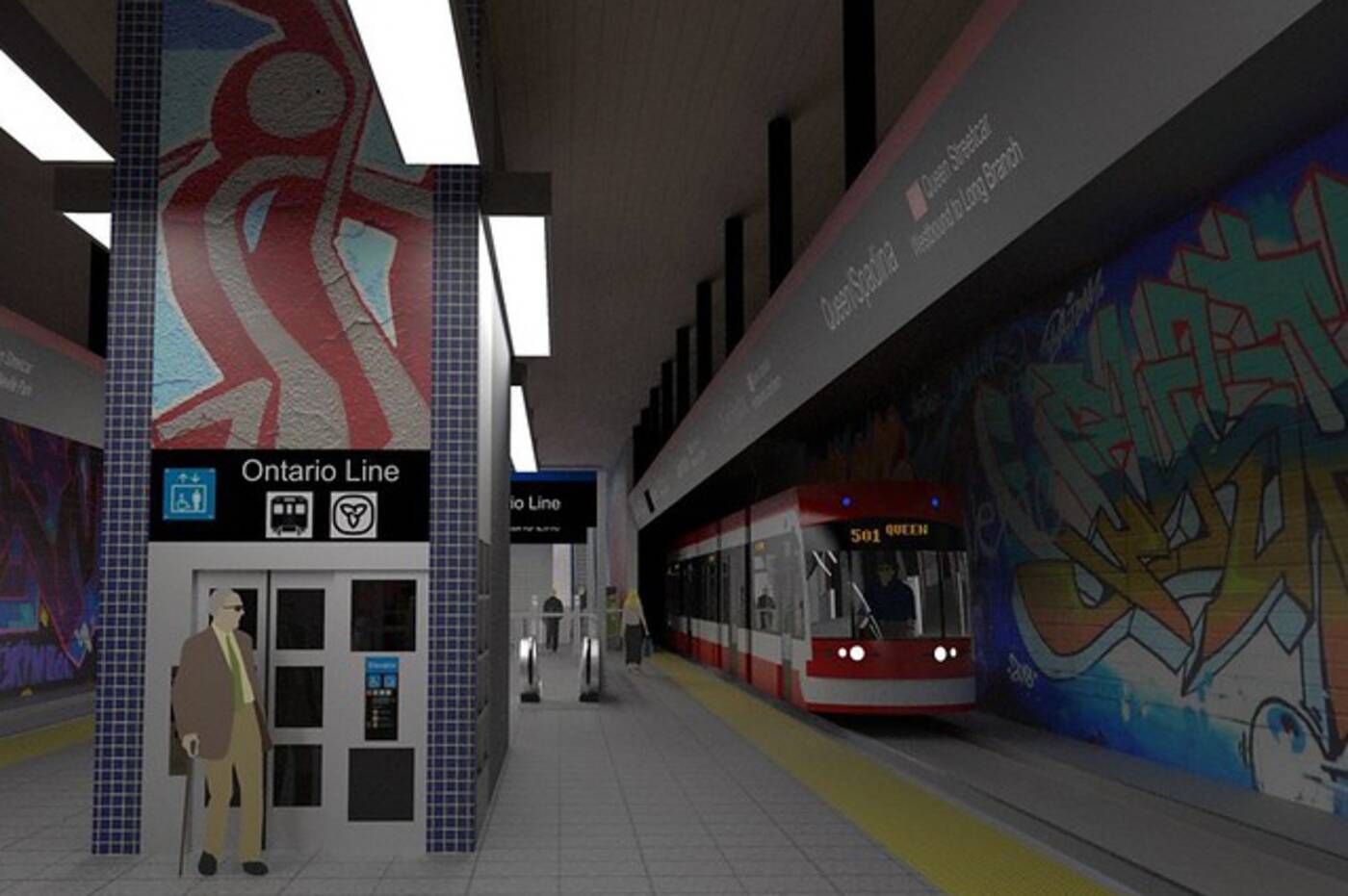 In Poon’s design, the station has graffiti murals to match the nearby Graffiti Alley, which runs south of Queen Street West from Spadina Avenue to Portland Street, and has become well-known as an iconic spot in the city.

The west entrance of the stations would have a crown to symbolize the landmark as Queen Station. 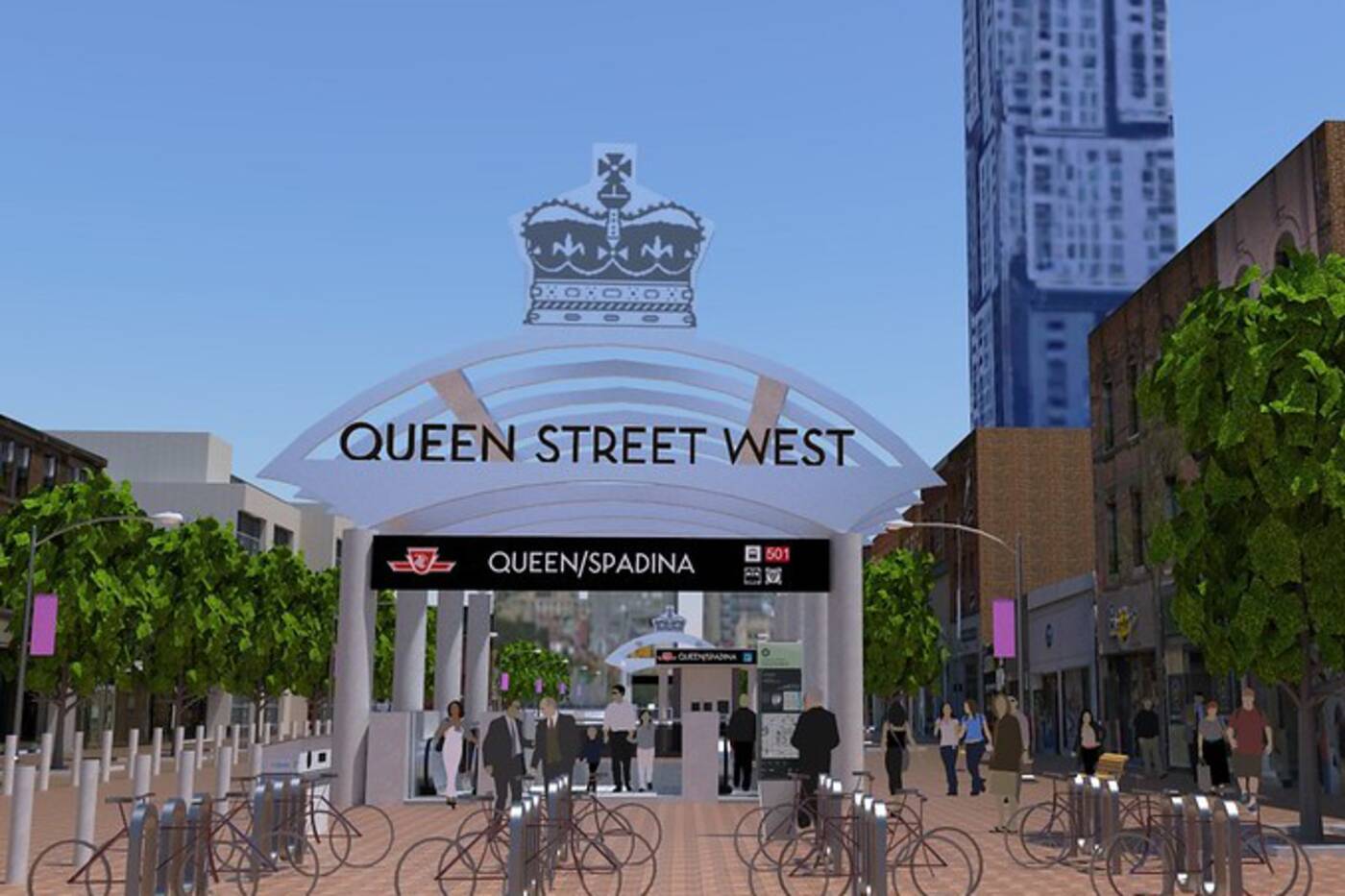 The designer has also illustrated Science Centre Station, which would be located in North York, with a science theme.

It would have a giant “stick and ball” water molecule hanging over the platform and glass cubes on top of the station to serve as skylights over the underground platform. 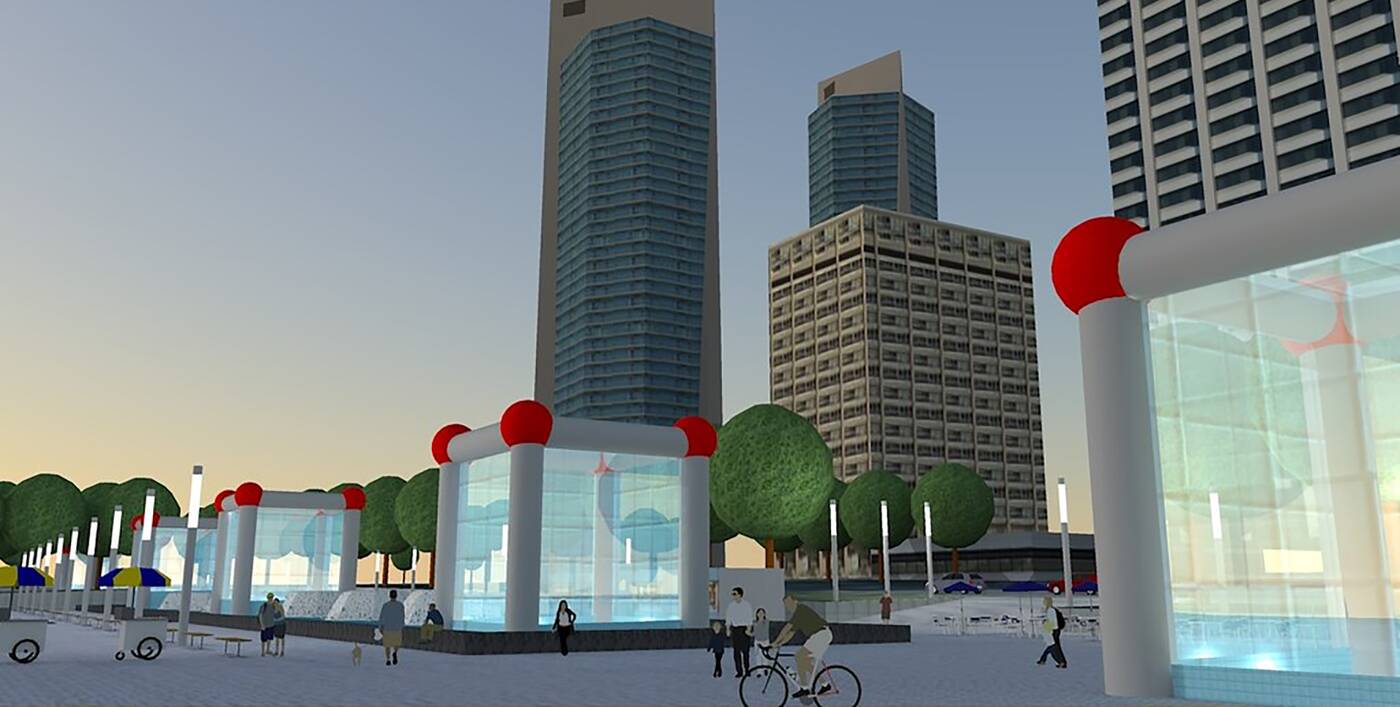