In response to city council's overwhelming vote to make the King Street Pilot permanent, a team of Toronto engineers have created a conceptual design for a more creative and functional streetcar stop.

The new stop would illuminate, like the Toronto sign at Nathan Phillip Square, and the colour would dictate the distance of the streetcar. 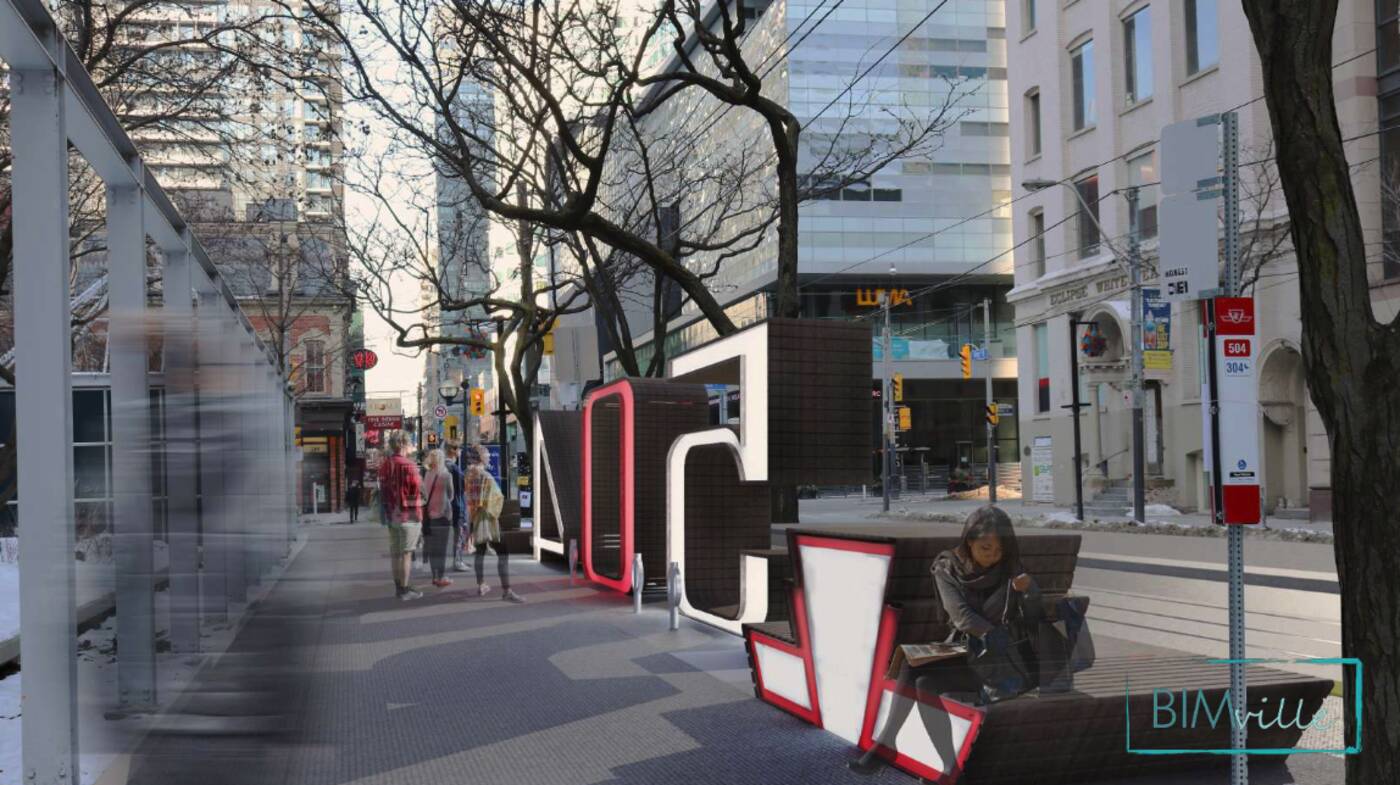 Red would mean the streetcar is 10 minutes away, green would mean it's five minutes away and blue would mean arriving soon. The objective is that passengers can gauge how far away it is from a distance.

The streetcar stop would have heated seats to improve commuters’ wait time during the colder months. They would also included USB outlets, so riders can charge their phones while waiting.

People in Toronto take the initiative to redesign elements of the TTC all the time. In recent years, someone redesigned the logo and other branding elements and just last month a designer revealed his new and improved subway map.