The City of Toronto is currently spending roughly $100,000 a week on keeping the Toronto Islands dry enough for visitors (and to hopefully prevent a repeat of the disastrous floods that cost it some $8 million worth of damage and losses in 2017.)

It's not cheap and it's not sustainable, but it is necessary — until, that is, something more permanent can be done to protect the Islands from Lake Ontario's ever fluctuating water levels.

A report considered on Friday by the Toronto Region Conservation Authority's (TRCA) Board of Directors states that it'll cost between $13.9 million and $15.9 million to do the job right, in addition to the money already spent on installing thousands of sandbags and dozens of industrial water pumps. 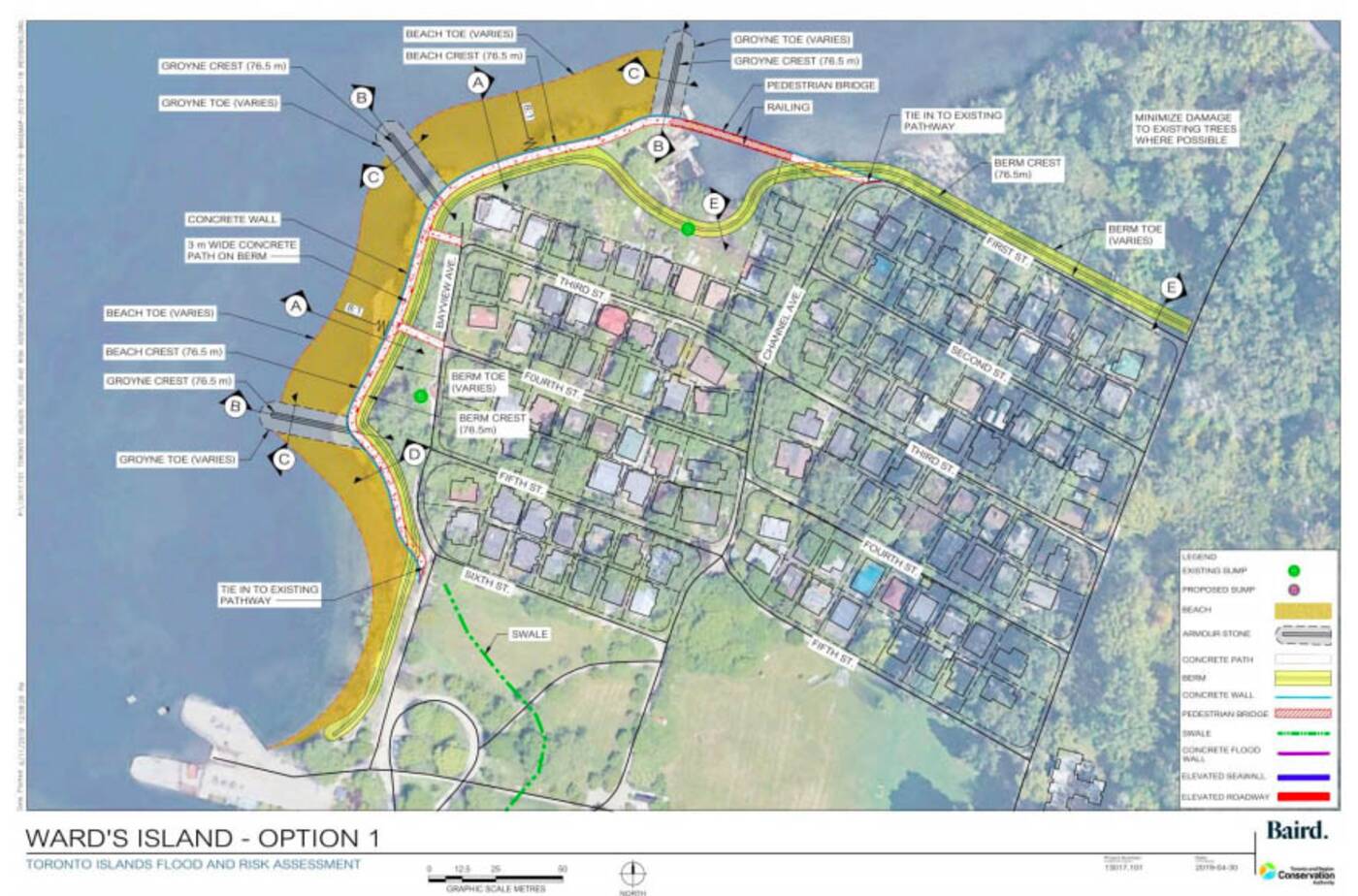 Four different concepts for the coast of Ward's Island would all see the island better protected from future floods. Image via W.F. Baird & Associates Coastal Engineers.

Should everything move forward as proposed, Ward's Island would also get a new promenade and up to three brand new beaches.

W.F. Baird & Associates Coastal Engineers, which authored the report for TRCA, lays out for potential options for the "Ward's Island Promenade" project.

Option 1 would see a promenade extending from the Ward's Island ferry dock to the intersection of First Ave. and Lakeshore Ave. It would include a number of flood-protection groynes, three beaches and a pedestrian bridge over Ward's Island cove.

Option two would see only two beaches, option three contains just one beach and a shorter promenade, while option four would feature only a berm (or raised barrier) along the shoreline from the Ward's Island ferry dock to the intersection of First Ave. and Lakeshore Ave. 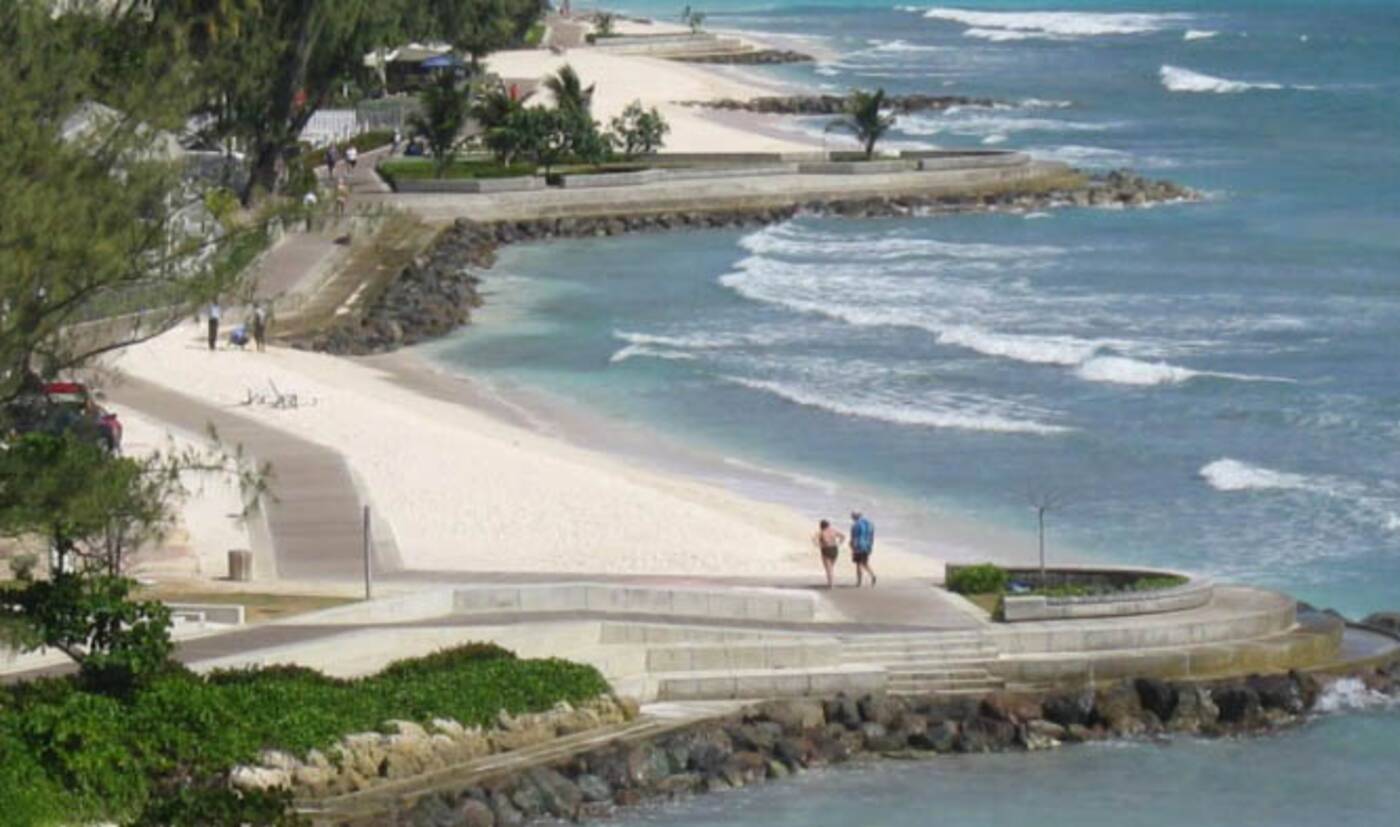 The firm that would enhance Ward's Island shared this image of a project it completed in Barbados as an example of what the new beach and promenade would look like. Image via W.F. Baird & Associates Coastal Engineers.

"The promenade concept for Ward's Island is similar to a design Baird has used on other projects, including the Rockley Boardwalk in Barbados," reads the report. "A similar design implemented at Ward's Island would offer benefits to residents and visitors including flood protection and recreation."

This could all take some time to materialize, as TRCA only just recommended that its staff start working with the City of Toronto to secure funding and regulatory approvals to start implementing the ideas.

The sooner the better, however, says councillor Joe Cressy.

"With accelerating climate change annual sandbagging efforts is no longer tenable," he wrote during the meeting on Friday. "Permanent resilience is required."