Ontario Place will not be getting a casino or condos

Breathe easy, Toronto: your idyllic "public backyard" will not be paved over for a gambling facility, nor will it turn into an island of condos — though retail hasn't yet been ruled out.

Provincial Minister of Tourism, Culture and Sport, Michael Tibollo, announced during a press conference on Tuesday morning that his PC government is officially launching a "world-wide search" for private sector partners to redevelop the former amusement park.

The goal, as alluded to in January, is to find a partner (or multiple partners) with "the best, most remarkable concepts to transform Ontario Place into the world-class destination it was always intended to be." 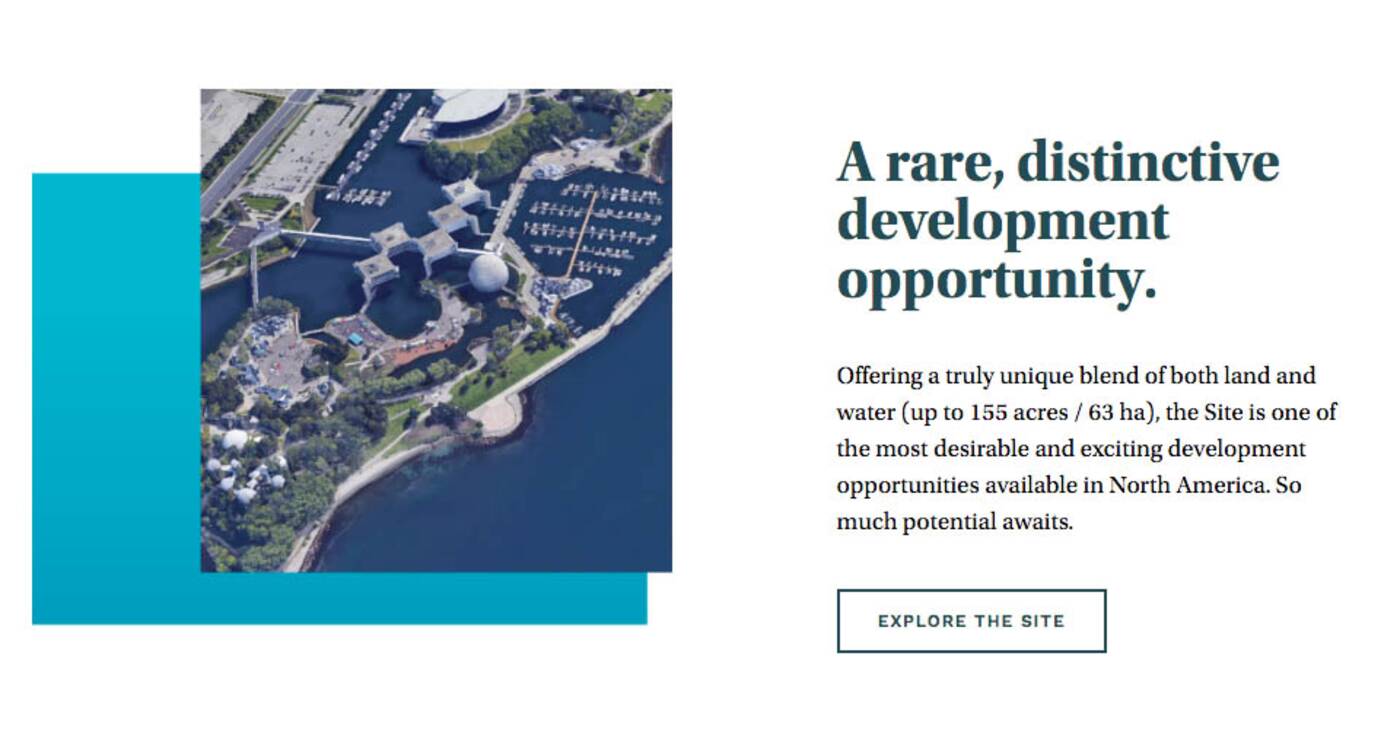 Doug Ford's provincial government has launched a new website to seek partners for the redevelopment of Ontario Place. Image via Government of Ontario.

This could include everything from sport and entertainment landmarks to new public spaces, parks, recreational facilities and retail uses (yeah — the threat of Doug Ford's waterfront megamall still lives).

What the chosen concept will absolutely not include, according to Tibollo, is a casino.

"I want to be clear: our vision for Ontario Place does not include residential developments or casinos," said the Minister. "Once again, I want to repeat that: our vision will not have casinos or condos included as part of the Ontario Place site."

Companies large and small "who have the right experience and capacity to design, implement and operate their development on the site" have until September 3 to submit "transformational ideas that are financially viable." 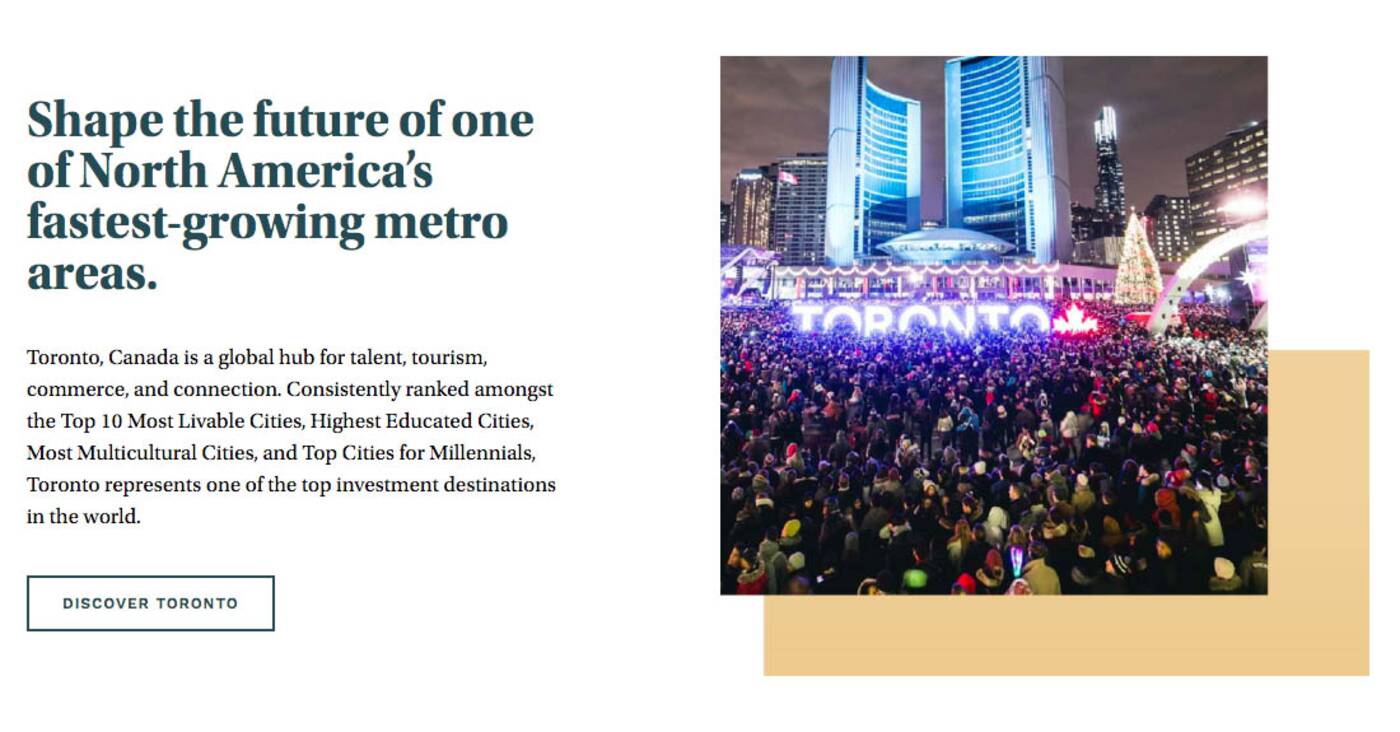 The province is using the allure of Toronto to attract new investment partners. Image via Government of Ontario.

Vague as they may see the future of the attraction, which was closed off to the public for five years in 2012, many in Toronto will be relieved to hear that a casino is officially off the table.

That said, Ford's government is still gung-ho on making Ontario Place "open for business," even if that means redeveloping the 51-hectare former amusement park, again, not even two years after the previous Liberal government spent some $30 million on phase 1 of a comprehensive (and well received) revitalization project.

"The former government ignored this gem and let it deteriorate for far too long," said Tibollo in a press release issued this morning.

"We have a real opportunity here to unlock the great potential of Ontario Place as a year-round, world-class destination that can attract visitors from Canada and abroad, as well as Ontarians."