Protestors staged a 'die-in' at the ROM yesterday to protest the museum's financial ties to a controversial American pharmaceutical company.

Around 25 people gathered at Canada's largest museum for a peaceful protest that involved them lying on the floor, with signs denouncing the ROM's affiliation with the Sackler family.

The Sacklers are the owners of Purdue Pharma, the New York-based pharmaceutical company most widely known as the manufacturers of the painkiller OxyContin.

Purdue Pharma and the Sacklers are being accused of being huge proponents of the opioid crisis in America, and are currently facing more than 2,000 legal suits. 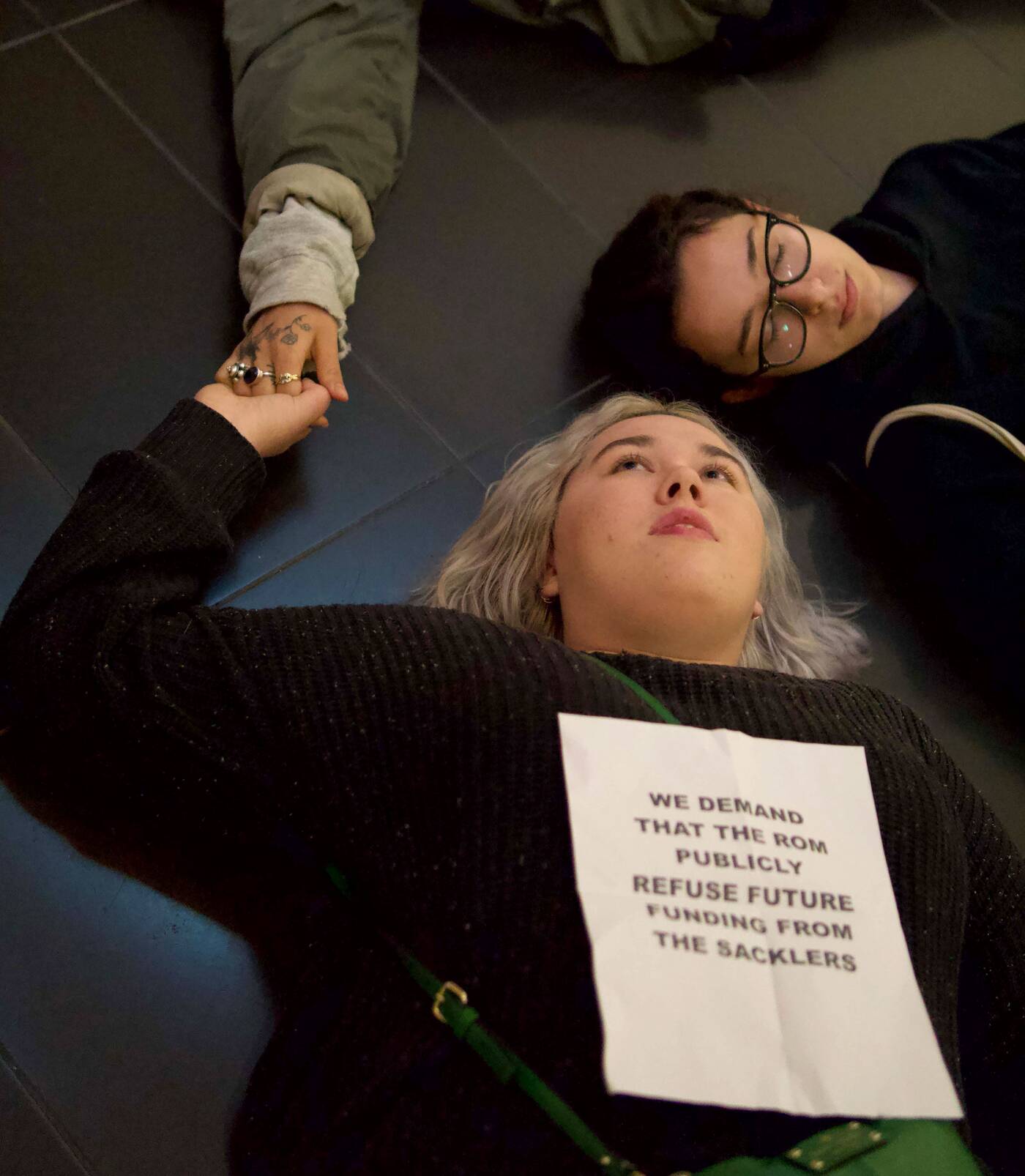 Multiple artistic institutions have publicly stopped accepting funds from the family, including the Tate in London and New York's Guggenheim, where anti-Sackler protestors threw thousands of fake prescription papers in the air.

"We demand that the ROM publicly refuse future funding from the Sacklers," said the protestors' signs yesterday.

According to the anti-Sackler organization Prescription Addiction Intervention Now (P.A.I.N.), the Sackler Foundation has been listed as a ROM Bronze Donor (donating anywhere between $100,000 to $499,999) in public annual reports dating back from 2004, sporadically up to 2018.

"The Annual Report describes Museum activities in the past fiscal year and accounts for all monies spent," says the ROM website.

But according to the ROM, the museum has only ever received one donation from the Sackler Foundation—15 years ago.

The Sackler Foundation referenced in the reports and on the wall refer to a single donation in 2004 that resulted in museum renovations and the creation of the Sackler Reading Room, which today holds archival material.

"The one-time gift from the Sackler Foundation (received in 2004) that is listed in the ROM’s Annual Report is simply recognition of that 2004 gift, and not a reflection of any additional funding during those years (after the original donation)," says the ROM.