One of the city's most underused (and poorly managed) historic spaces has at last found some purpose as a temporary respite from the cold.

As temperatures start to plummet, the doorway to the long-abandoned Queen Live Fresh Food Market at 238 Queen Street has been blocked off by a tarp to create a wind shield for the people residing behind it.

Better a temporary home than a shuttered doorway to an empty building: since the last of the food stalls within closed down months ago, there's been virtually no activity inside. 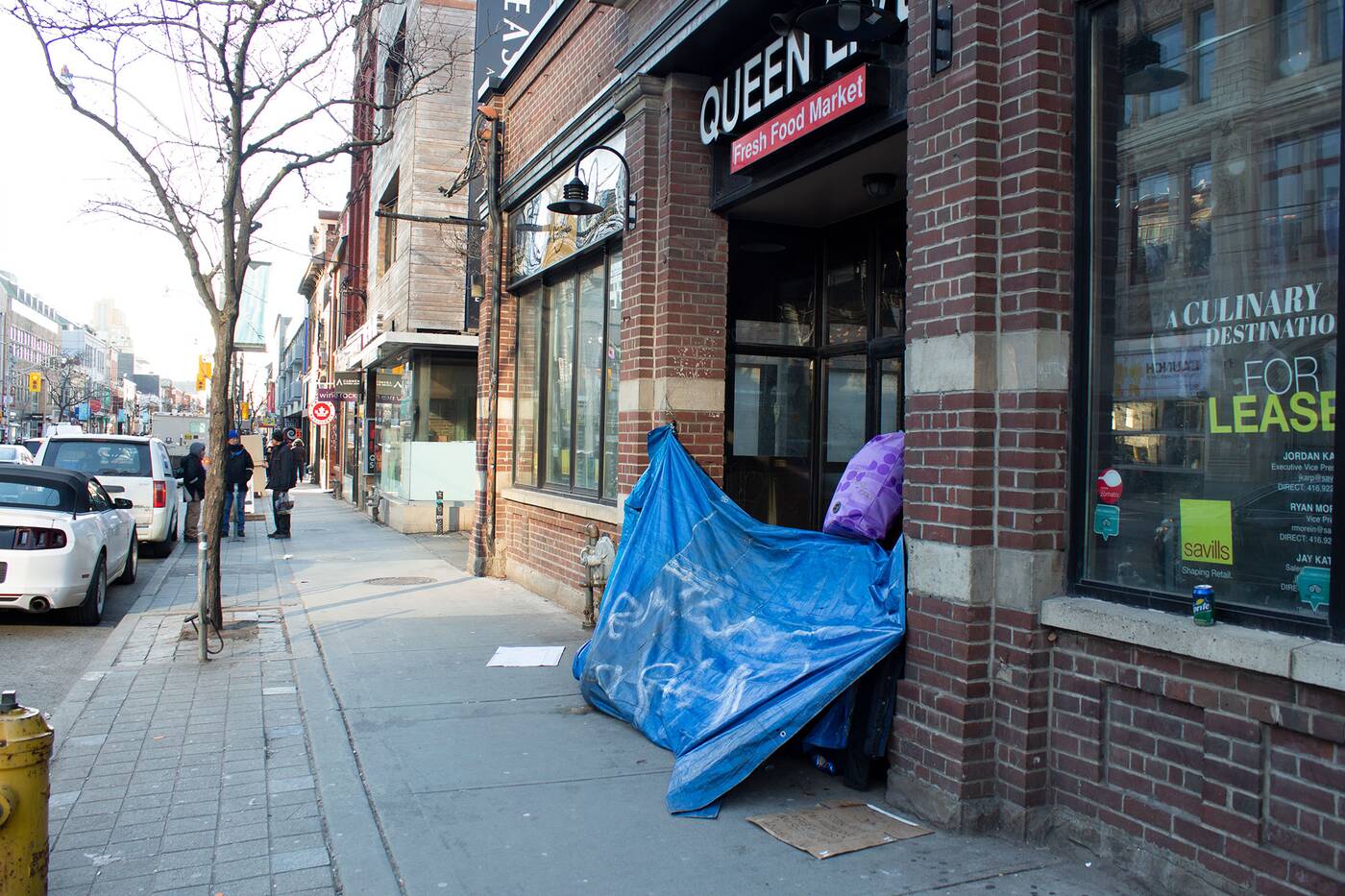 The entrance to the abandoned Queen Live Fresh Food Market has become a temporary shelter for those with nowhere to go during the city's first extreme weather warning.

Despite multiple attempts to rebrand this historic building that once housed the St. Patrick Market, then the Queen Street Market, then the Grove, and then Queen Live Fresh Food Market, the destination has been fraught with problems, including an infamous incident where two mice were captured on video prancing atop baklava.

We're still waiting on the most recent transformation into Queen Street Eats, but the 'For Lease' signs in the building's window seem to suggest that the rebrand won't be happening for a while—if at all.

And with the limited number of respite centres in the city (there's just nine, and they're usually full) and cold weather here to stay, it seems this particular use of the abandoned building might be the most practical one to date.