The forecasted cold snap we've all been dreading has finally touched down in Toronto, and I'm sorry to say it'll likely be sticking around for more than a weekend.

Toronto's Medical Officer of Health has just issued an extreme cold weather alert for the city that will be in effect "until further notice" based on information from Environment Canada.

Such alerts are issued whenever the federal weather agency predicts a temperature below -15 C, or a wind chill of -20 C.

It'll feel like -24 C in Toronto tonight, according to EnviroCan, pushing us well into "don't leave the house because it's bad for your health" territory. 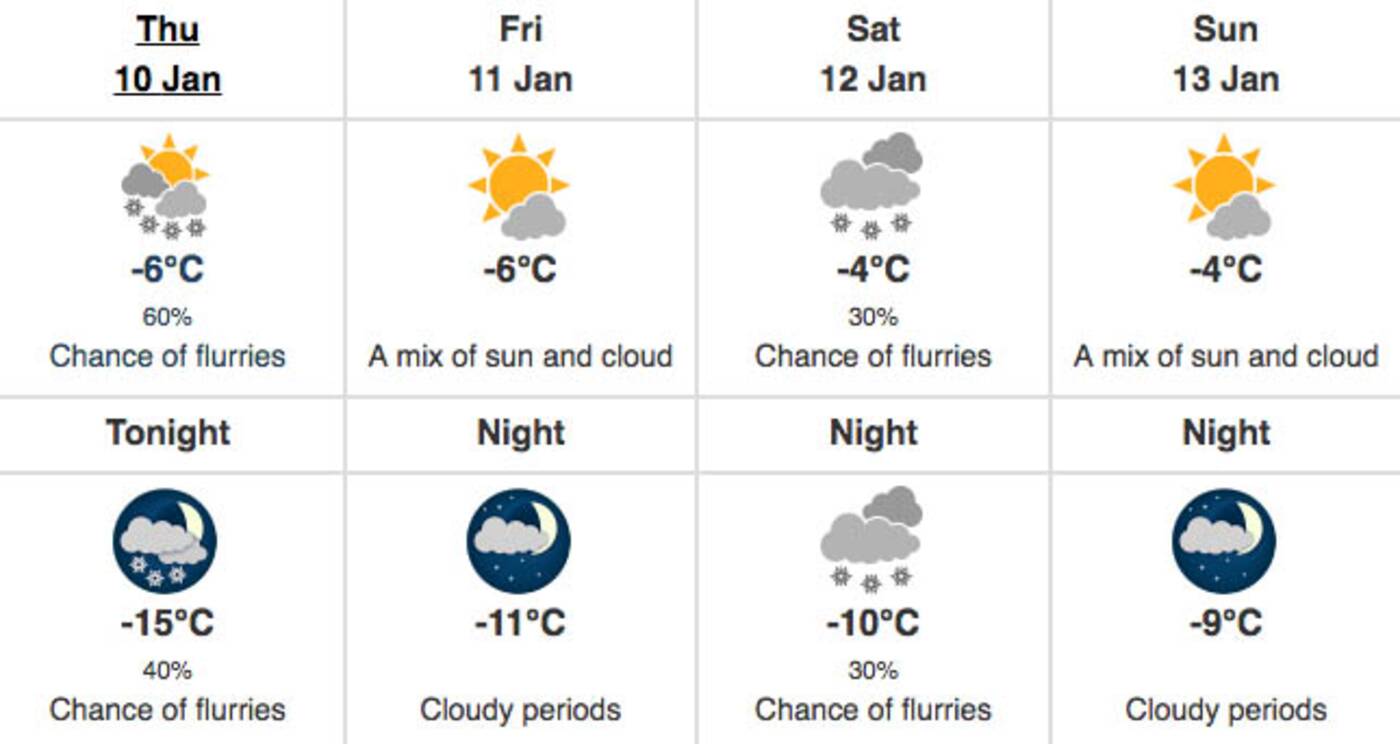 Temperatures of -6 C are being recorded at Toronto Pearson International Airport as of Thursday morning, though things are expected to drop off sharply with a low of - 15 C expected overnight (plus the aforementioned -24 C wind chill).

The warmest it'll get outside all weekend, in fact, is on Saturday, which has a forecasted high of -4 C, with a chance of flurries.

We'll see a bit of a reprieve on Monday and Tuesday, which have forecasted highs of - 1 C, but Toronto won't be back in the positives until... well, beyond Environment Canada's current weather outlook.

Bundle up, buttercup. This is Canada and it sometimes it sucks.