It was one week ago today that downtown Toronto got blasted with an entire month's worth of rain over just two hours, leaving countless properties damaged and nearly killing two men in one of the most terrifying ways imaginable.

Homes, vehicles and roadways across the city have yet to recover from the damage but, in most cases, the most-pressing problem for buildings and cars — tons of unwanted water — has dissipated.

The water supply itself hasn't been so lucky.

Rainwater can evaporate, sure, but condoms, used syringes, tampons, diapers, human feces, and dead wildlife can't, which is why some of Toronto's best beaches were closed over the weekend.

Much of this gross, gooey garbage remains in Toronto's inner harbour, according to water monitoring experts, and there's plenty of photographic evidence to support their claims.

Swim Drink Fish Canada, a non-profit environmental organization that works to keep local water sources healthy, said on Tuesday morning that the sewage overflow they documented last week along the waterfront has yet to be fully cleaned up, despite repeated requests to the City of Toronto.

Bathurst Quay was still a smelly, gross mess as of yesterday.
Condoms, plastic, garbage, even a dead goose carcass.

The organization's president, Mark Mattson, said on Twitter Tuesday morning that Toronto beaches are now finally passing water quality tests again, but that only one part of the Harbour (Marina 4) had been physically cleaned up.

"Floatables," as one local put it, can still be found all along the waterfront — everything from plastic garbage to dead, rotting geese.

Swim Drink Fish shared several "disturbing" photos via email on Tuesday, all of which were taken on Tuesday morning by their Toronto Community Water Monitoring group at Queens Quay and Rees Street. 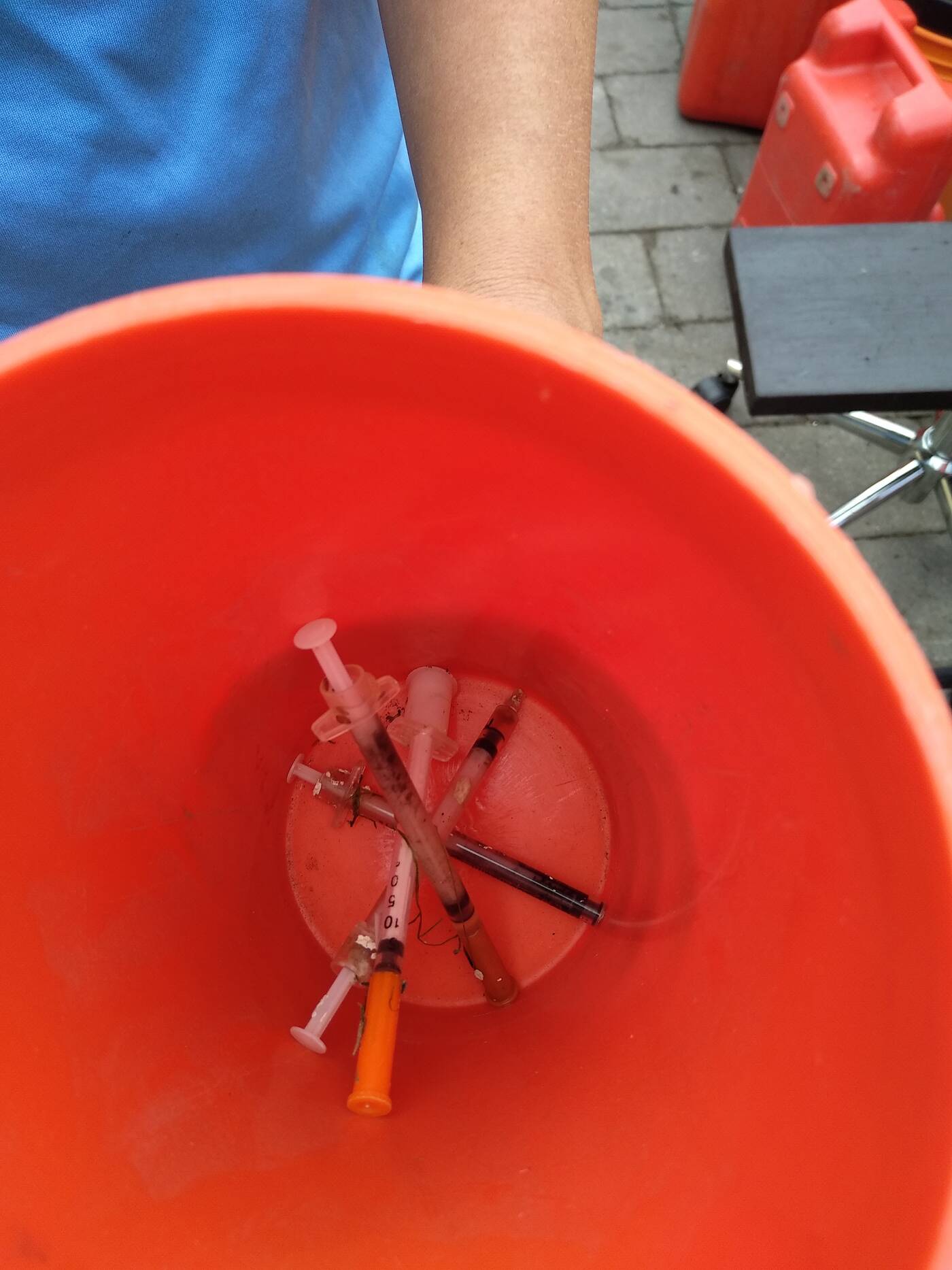 "While the beaches in Toronto are all passing water quality, our samplers found the Harbour still very polluted," wrote Mattson. "Sadly, many needles still being picked out of water."

The group asked for cleanup crews to remove the waste and debris but, perhaps even more importantly, asked that the City of Toronto start communicating "clear, detailed information to the public about when and where sewage spills occur."

Toronto does no such thing at present, but Environment Canada estimates that more than one trillion litres of raw sewage have been spilled into Canadian waters over the past five years alone.

"Data provided by the federal government shows in 2017, municipalities reported 215 billion litres of raw sewage were spilled or leaked without being treated," according to the Canadian Press.