Swoop airline now offering cheap flights to the US

It looks like it's going to be a whole lot cheaper to escape the Canadian winter this year.

The new destinations double the amount of cities where Swoop operates, adding to Edmonton, Winnipeg, Halifax, Hamilton and Abbotsford, BC. 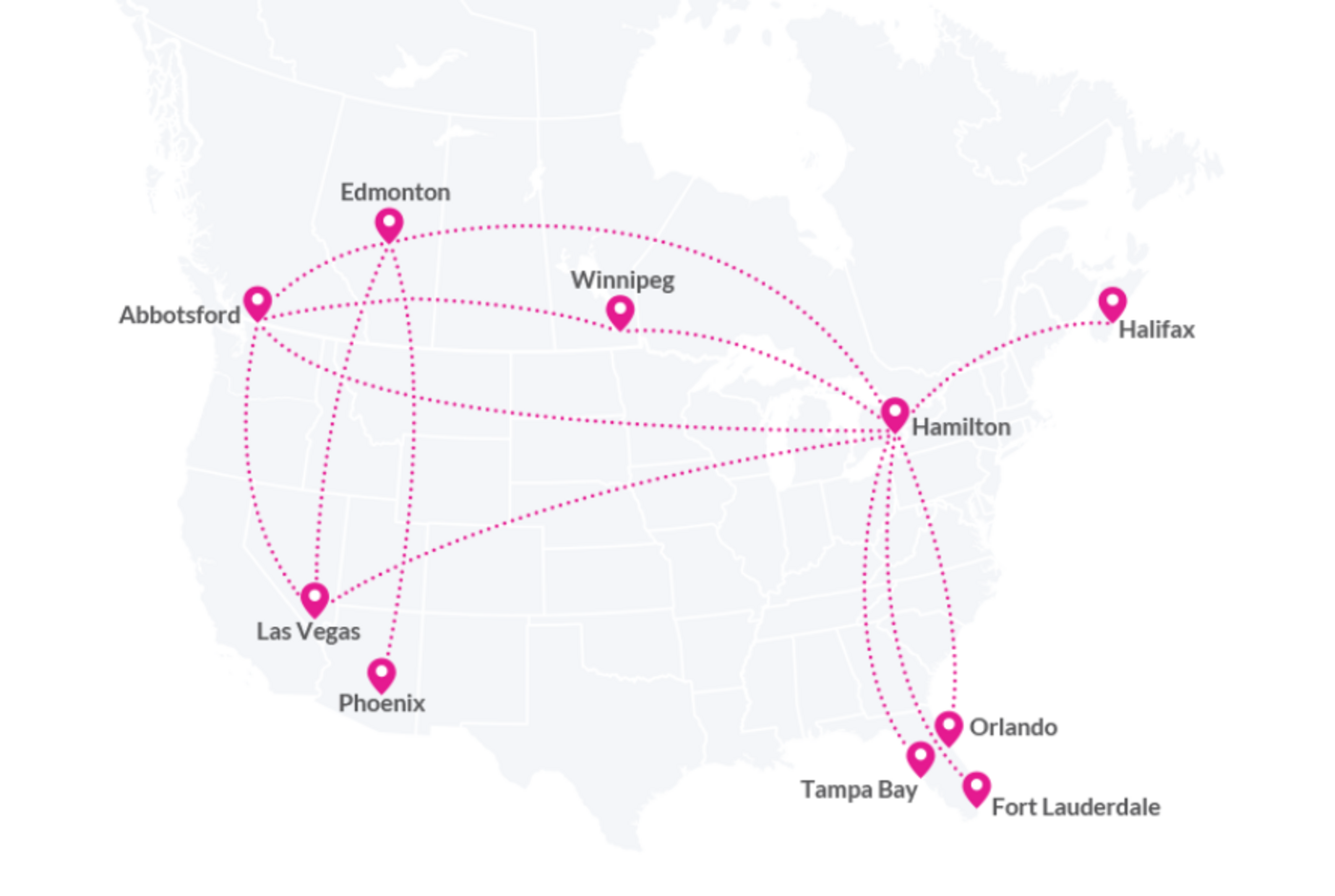 The new route maps available with Swoop. Photo from flyswoop.com.

Flights from Hamilton (your closest option to Toronto) will head to the three Florida cities and Las Vegas, starting in October. Hamilton flights will not currently head toward Phoenix ― you'll have to be departing from Edmonton for that.

Most one-way flights to American destinations out of Hamilton will cost around $119, depending on the date. Any additional amenities will cost extra, including bags and leg room.