History of Toronto neighbourhood under threat by new building

A local development firm is refusing to give up on its goal of tearing down a designated heritage building in Toronto, regardless of how many city councillors, preservation board members and citizens try to stop it.

The property in question, built as a bank in 1914, can be found on the southeast corner of Roncesvalles Ave. and Howard Park Ave. It was designed by the legendary Irish-Canadian architect John M. Lyle and received its heritage designation in 2017.

Propeller Developments Inc. owns the site, but has yet to submit a proposal that the city will accept. 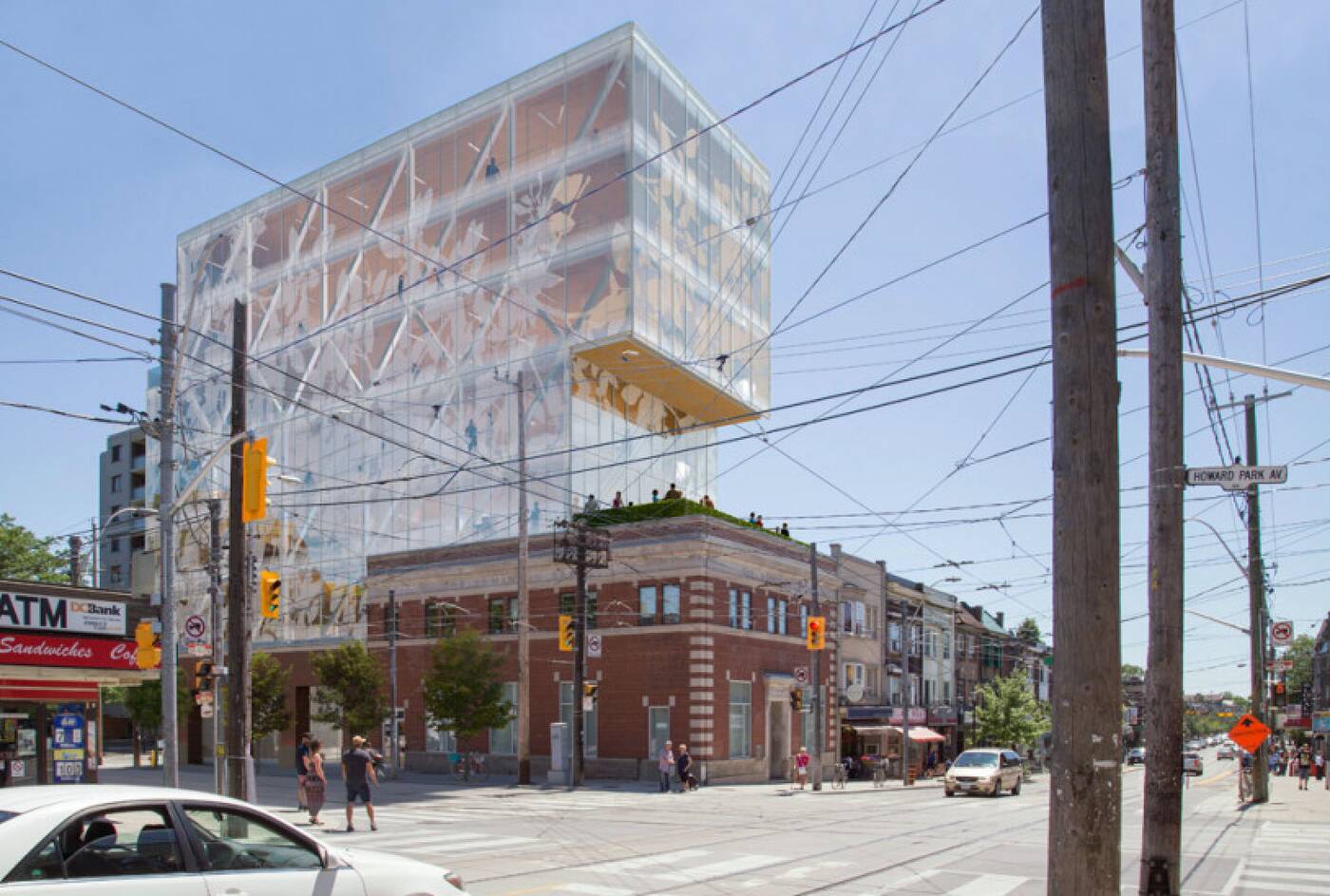 This rendering for an earlier version of the redevelopment, designed by Toronto-based architectural studio Superkul, shows an additional seven stories atop the old bank building. (image via Superkul)

Two sets of plans that incorporated the historic building into redevelopment projects had already been rejected, according to Councillor Gord Perks, ahead of a March 22 meeting.

That meeting saw the Toronto Preservation Board deny yet another request from Propeller – this one to demolish the building at 421 Roncesvalles Ave. completely.

Toronto and East York Community Council will consider the board's recommendations and make a decision tomorrow before the matter moves on to City Council, though it seems likely that the rejection will stand. 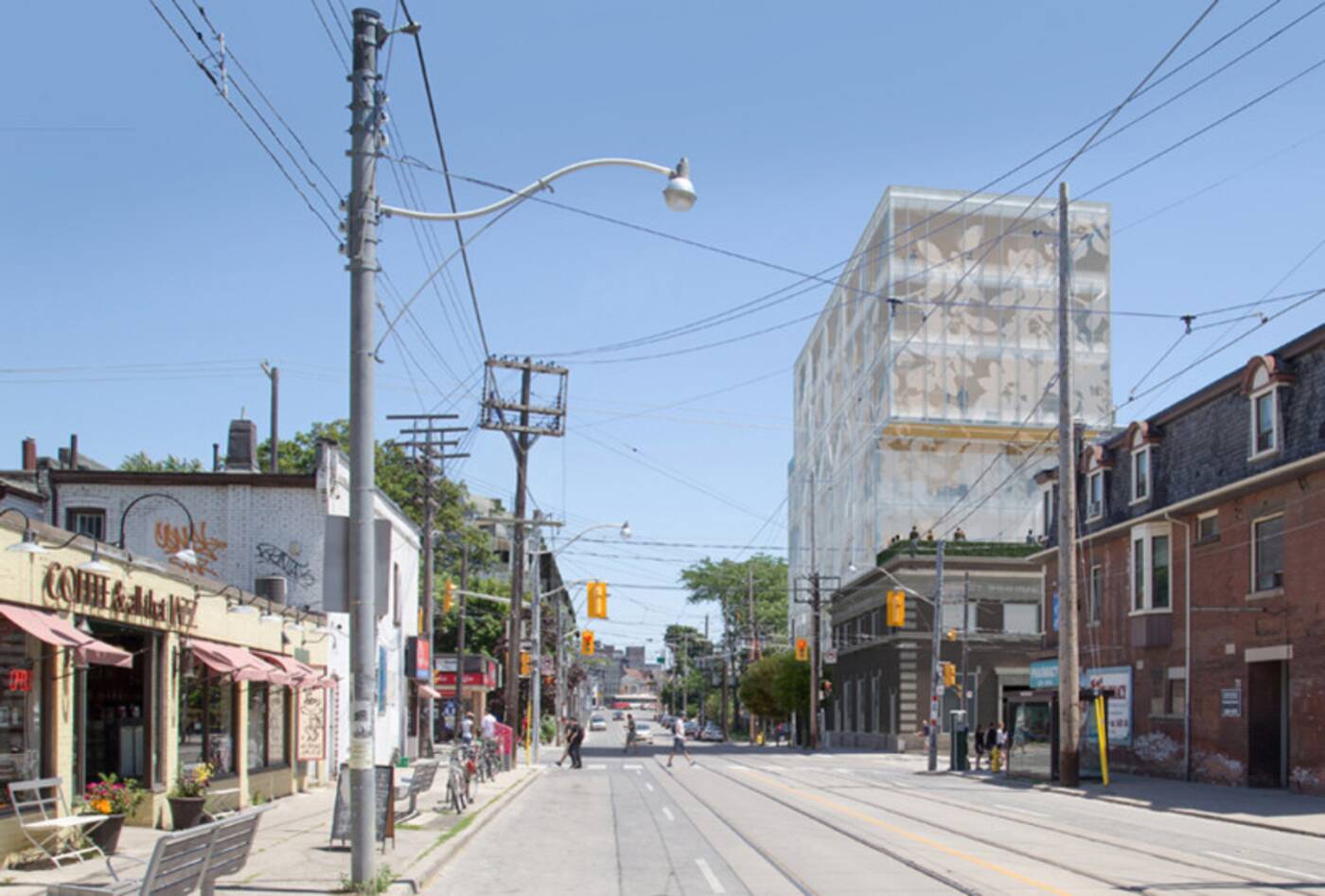 Another rendering by Superkul shows what the building would have looked like from the west, facing east. (image via Superkul)

"The property at 421 Roncesvalles Avenue is designated under all three categories of cultural heritage value: design, associative and contextual," reads a City Planning Division report submitted ahead of tomorrow's meeting.

Still, as Perks told the CBC, the developer could get what it wants, eventually.

A developer wants to demolish a heritage building located at 421 Roncesvalles despite strong objections from the Toronto Preservation Board, the local community, ward councillor and City staff. #heritagematters https://t.co/NVfAflVfYD

"I would be floored if they succeeded with this. An appeal to demolish a heritage designated building entirely would be unheard of," he said. "But nevertheless, there is always some risk."

The Ontario Municipal Board gets final say in the matter, even if City Council disagrees with what they decide – and Propeller Developments already has an OMB pre-hearing scheduled this October.