Toronto ranked 16th most livable city in the world

For the second year in a row, Toronto is celebrating its sweet 16th place status on Mercer's annual Quality of Living Ranking.

Mercer, a massive research and consulting firm based in New York City, released its 20th annual version of the well-regarded ranking on Tuesday.

The firm spoke to "Canada's continued strong performance" in 2018 when releasing the data, noting that four Canadian cities had placed in the top 25 and that "recreational cannabis is expected to come into effect nationwide" this year. 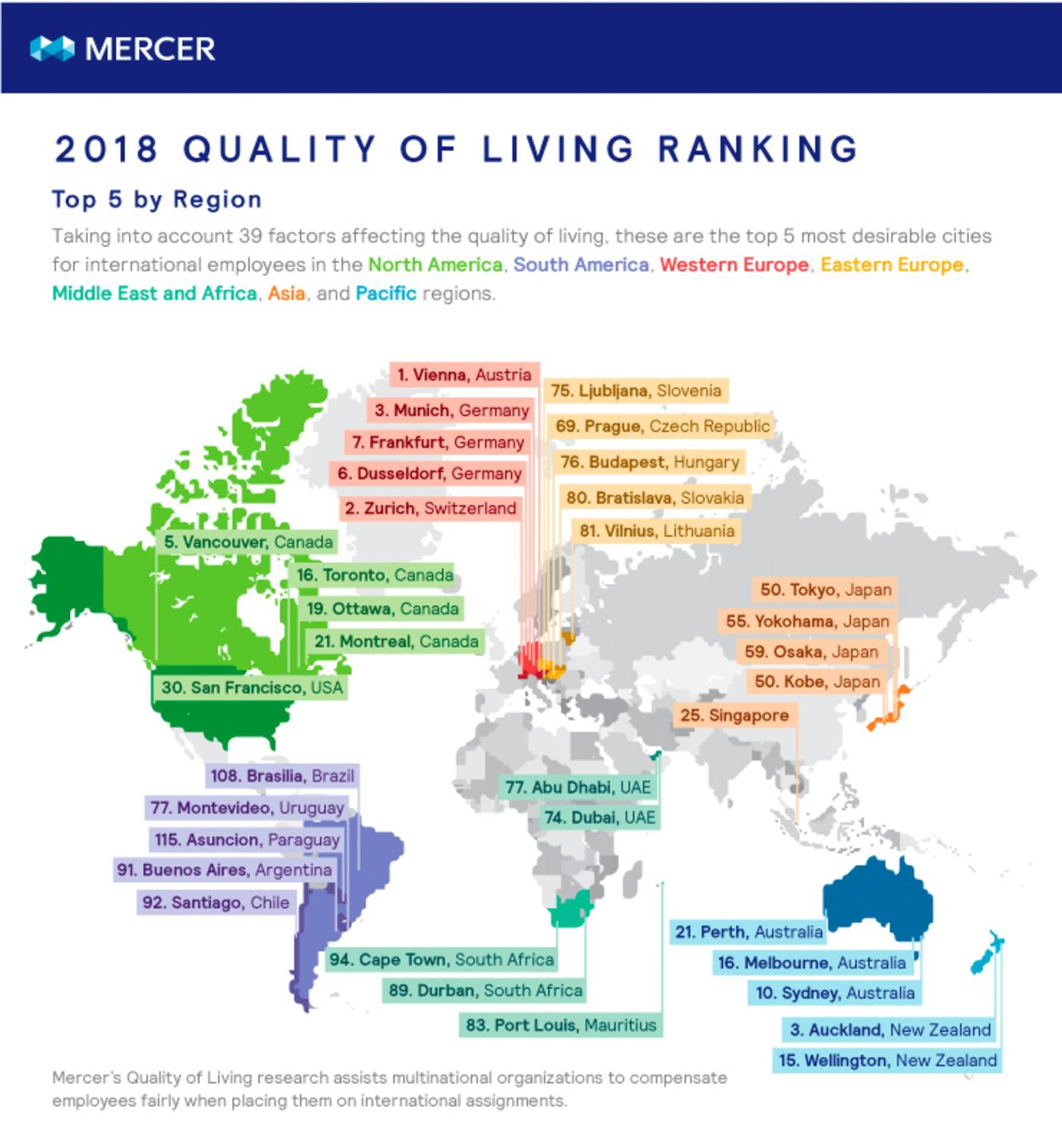 At fifth place, Vancouver came out on top for Canadian cities, while Toronto tied with Melbourne, Australia (again) at spot 16.

Ottawa wasn't too far behind, sharing 19th place with Hamburg, Germany. Montreal just missed out on making the top 20 by tying with Perth, Austrailia, for spot number 21.

Here are the top 25 cities in this year's Mercer ranking, in case you're just dying to know more: