This condo is almost too pretty to live in. Located in The Bond, the suite was originally used as a crash pad for one of the developers who built the building in 2017, so it’s brand spanking new.

The interior was designed by Iain Stewart and it’s minimalism at its best. 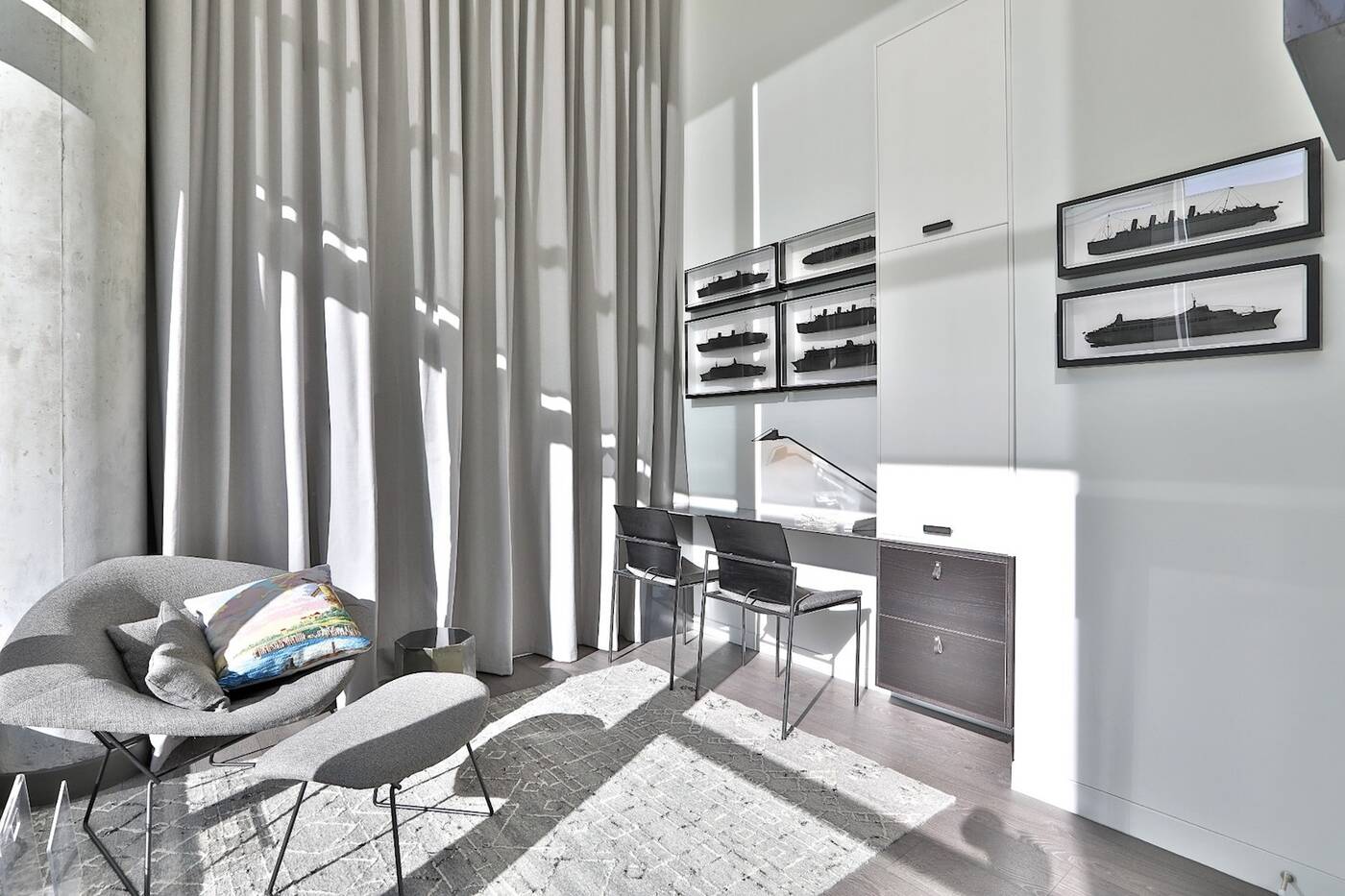 With soaring 15 foot ceilings and a whole wall of glass, the condo gives off art gallery vibes, almost to the point where you don’t want to touch anything as it might scuff up the pristine floor or something. 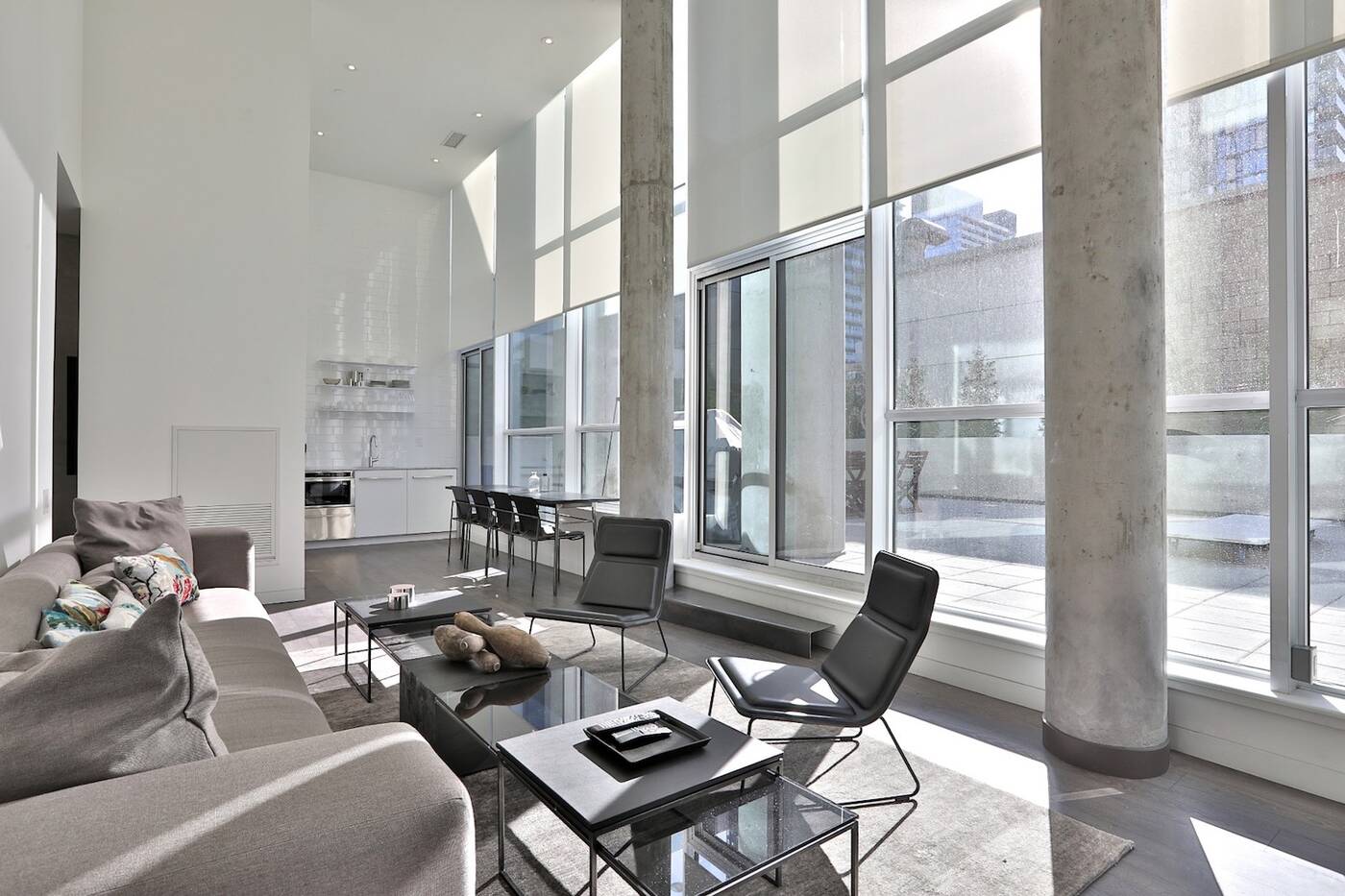 The kitchen has a towering wall of tiles, custom built cabinets and some top of the line appliances. I think that might even be a wine fridge.

The bedrooms and bathrooms are modern and simple. 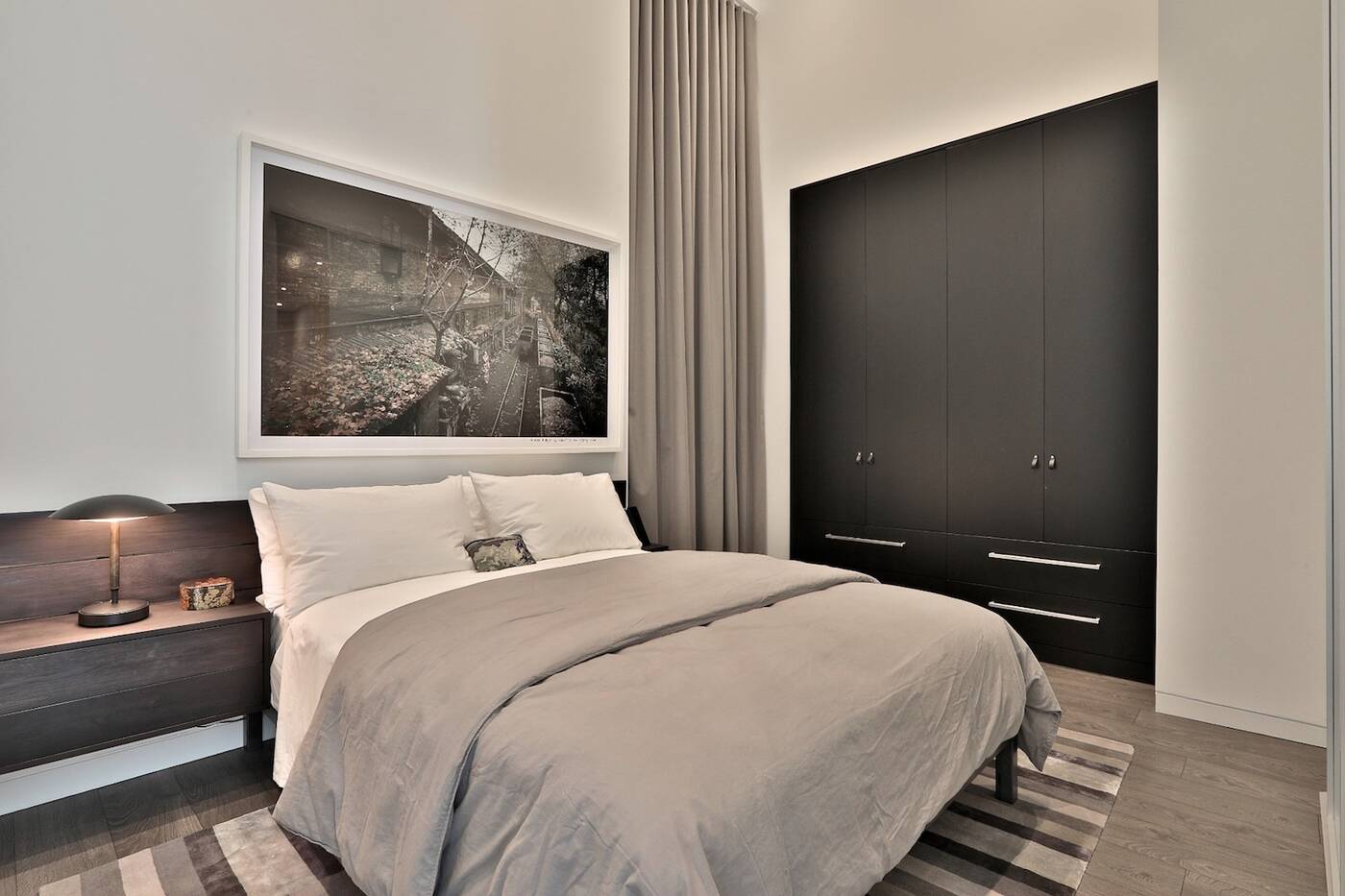 But the big selling point for this place is the huge private courtyard. With oversized walls and trees that will grow into the space, it offers privacy and plenty of room to host a kickass BBQ in the summer. The expansive outdoor patio is truly a rare find in the heart of downtown. 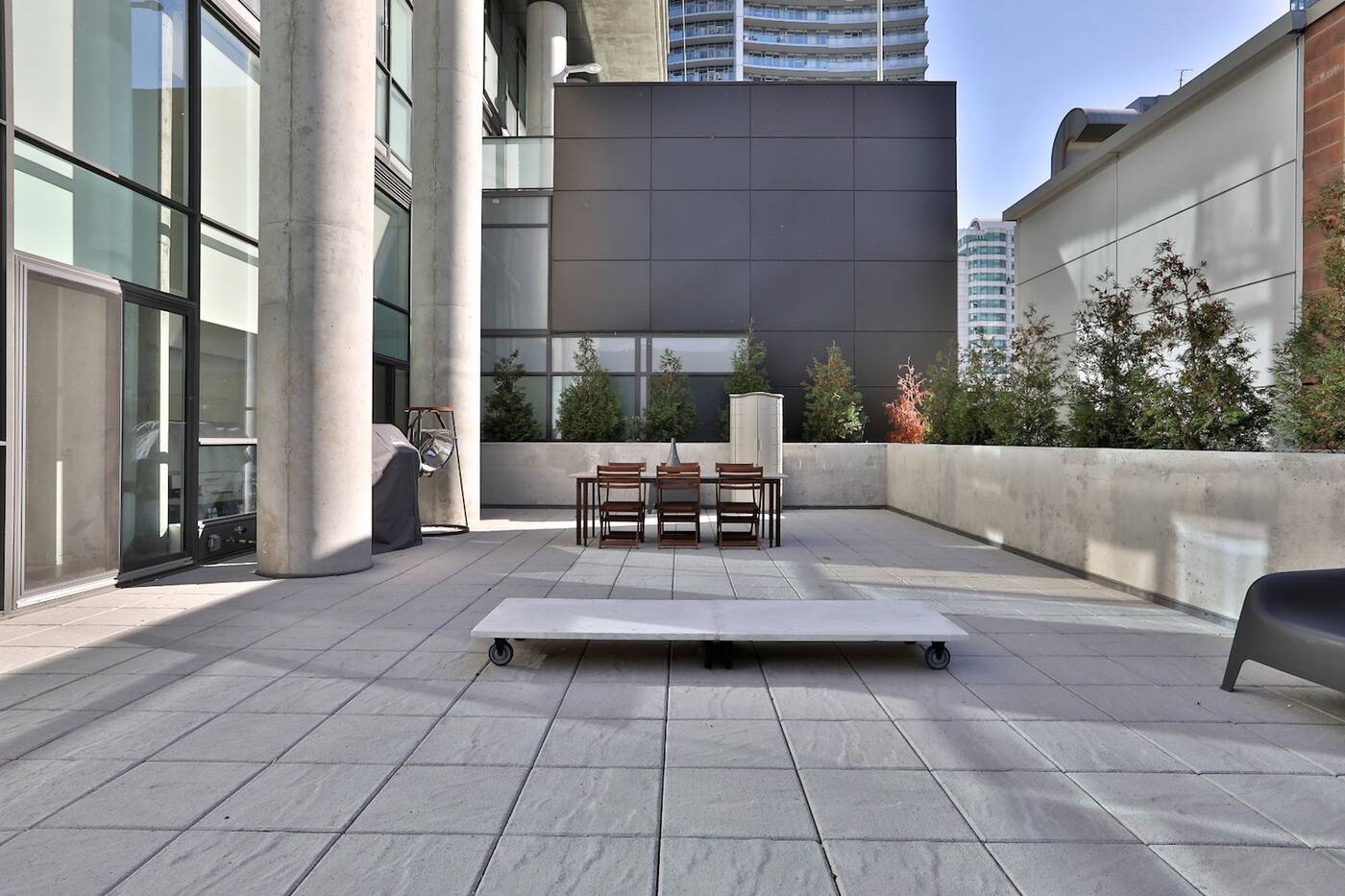 While we’ve been used to condos getting more than they’re worth for a while, $135,000 below asking price isn’t that surprising given the 12 per cent drop in Toronto-area home prices in February. 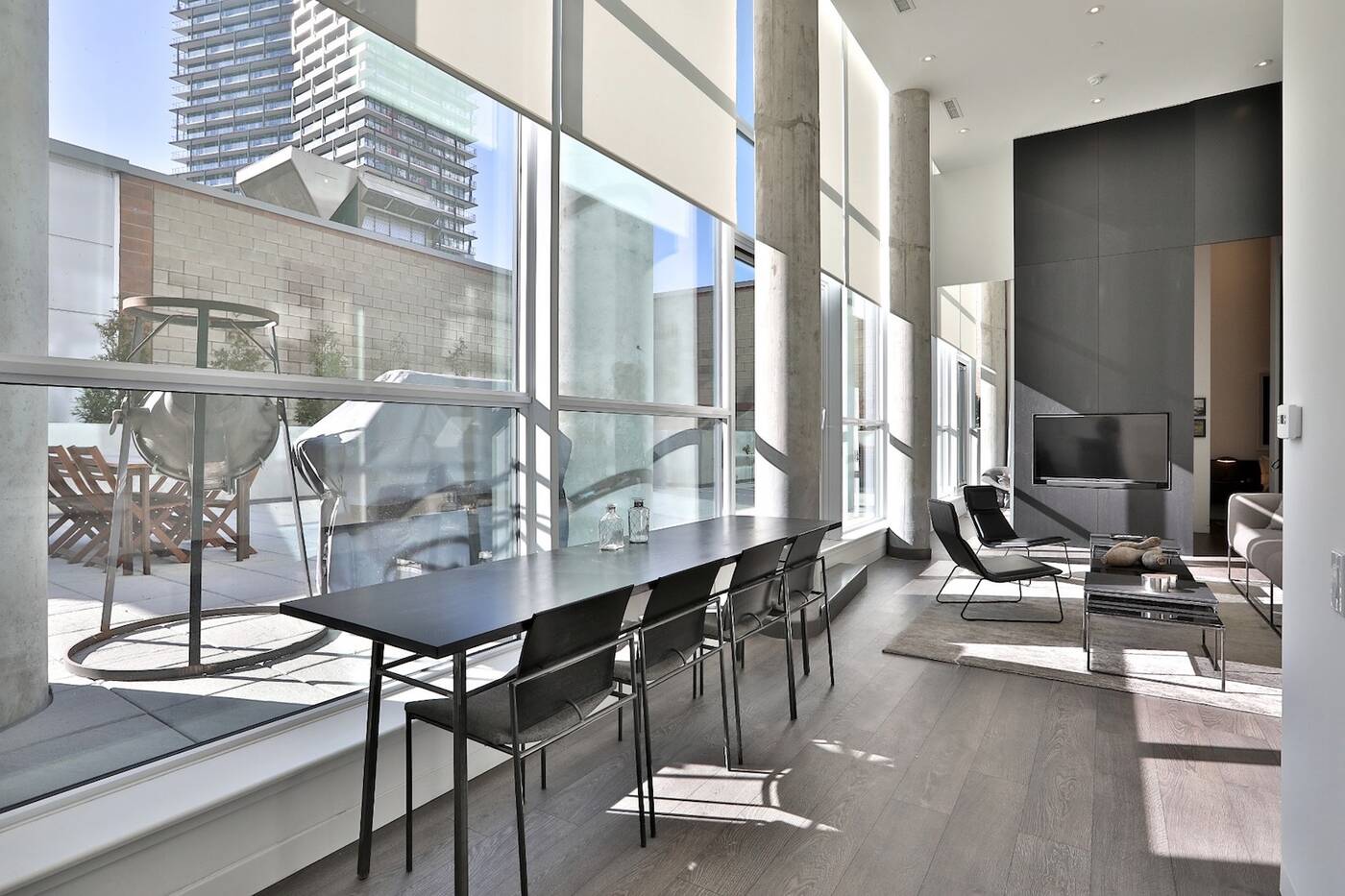 It’s hard to come by such expansive outdoor space in the middle of downtown Toronto. The high walls and trees (once they grow) will make this patio a secluded oasis among the hustle and bustle of downtown. Plus the inside isn’t too hard on the eyes. 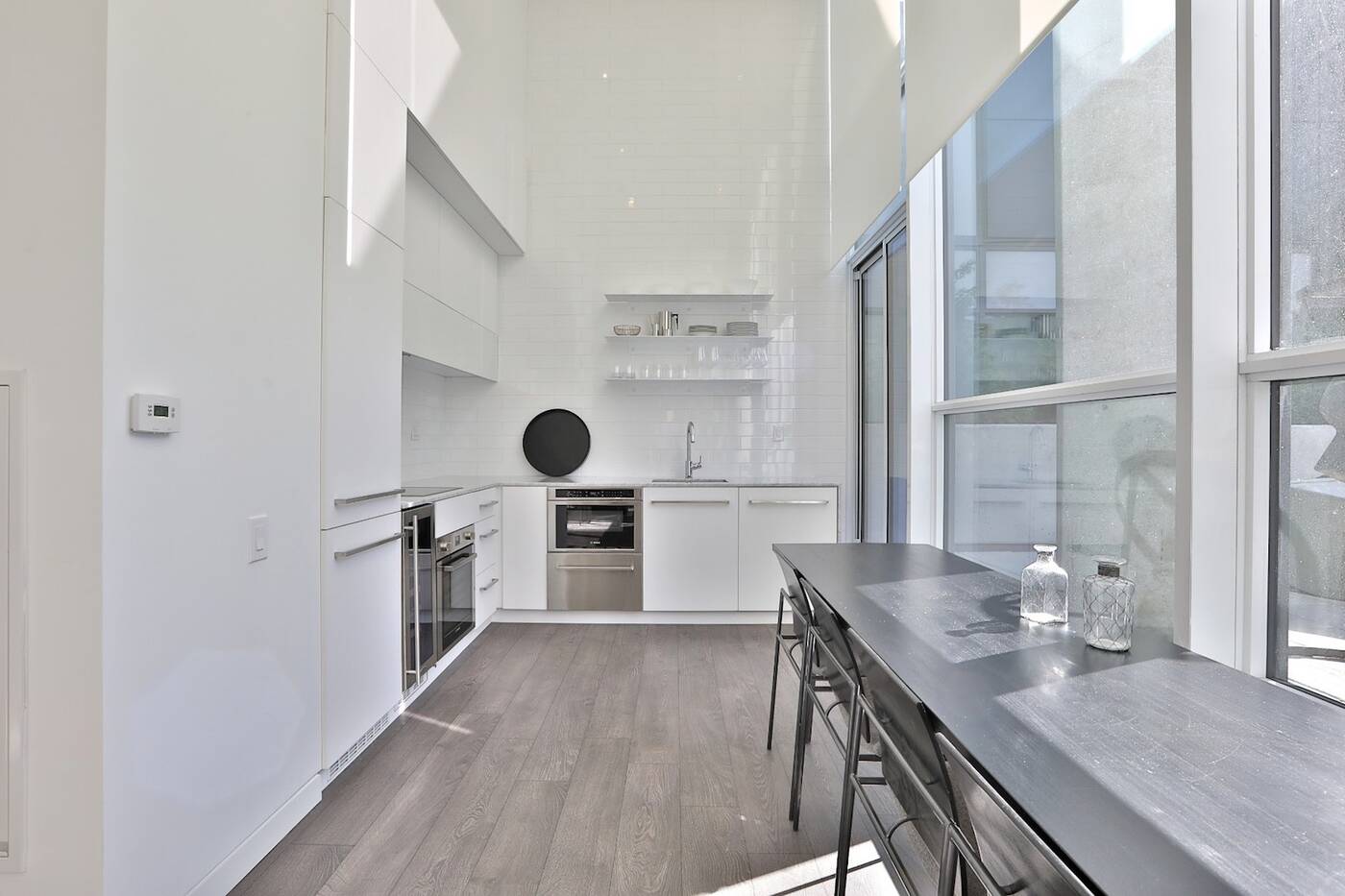 For a brand new luxury condo in the heart of downtown that’s styled to minimalist perfection? Maybe. But with the housing market in a precarious situation, it’s hard to say if the suite is deserving of the $1.3 million price tag. 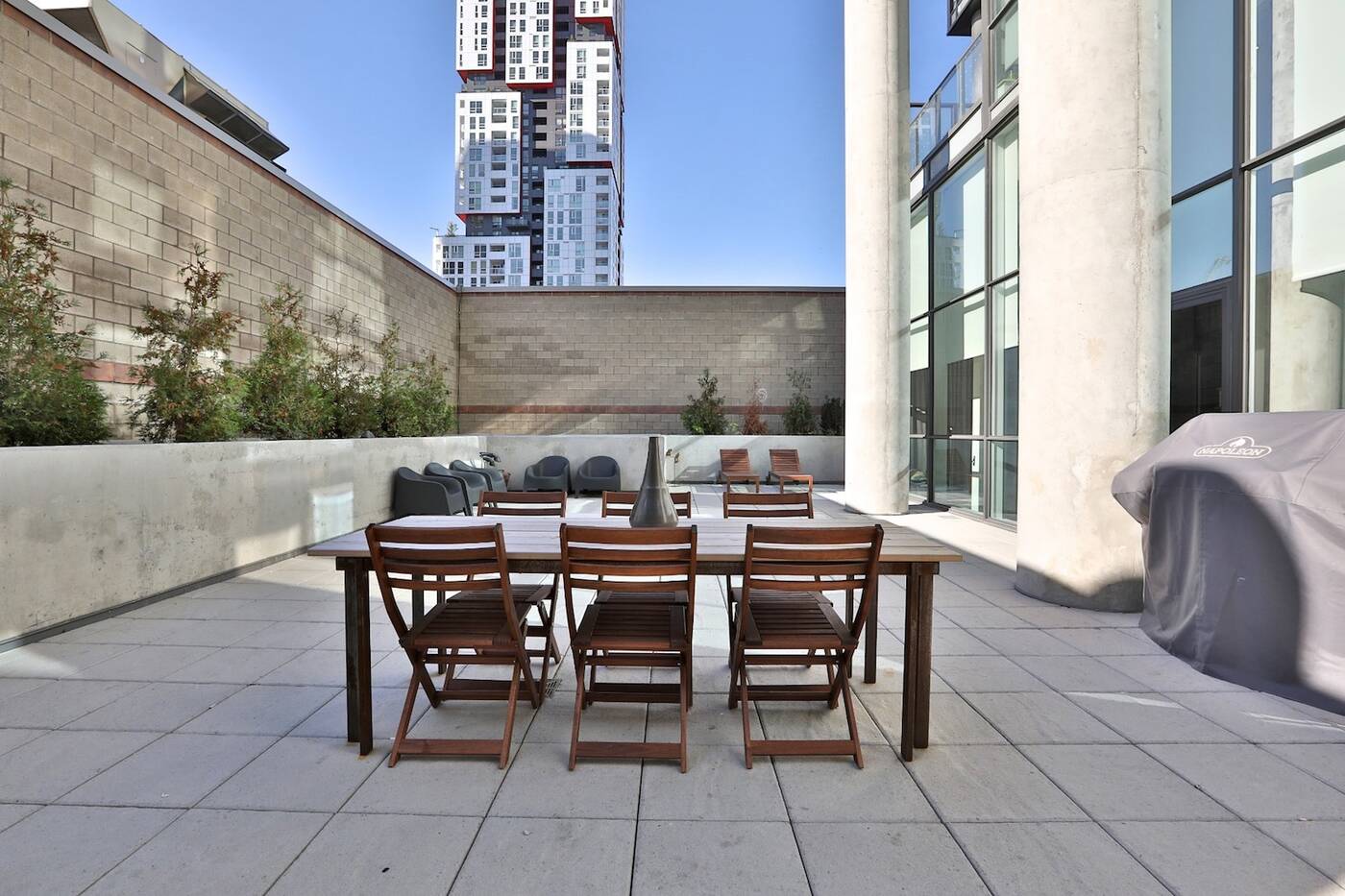