Toronto skyscraper's off-limits observation deck to reopen to the public

One upon a time, before liability was a household word, people could ride all the way to the top of Toronto's historic Commerce Court North building and look out over the city in open air.

More than 200,000 people visited the attraction atop what was then called the Canadian Bank of Commerce Building between 1931 and 1956, many of them paying just 25 cents for the pleasure.

Standing on the observation deck next to those stately 24-foot stone heads, one could see a huge swath of Toronto and its surrounding area from the sky. 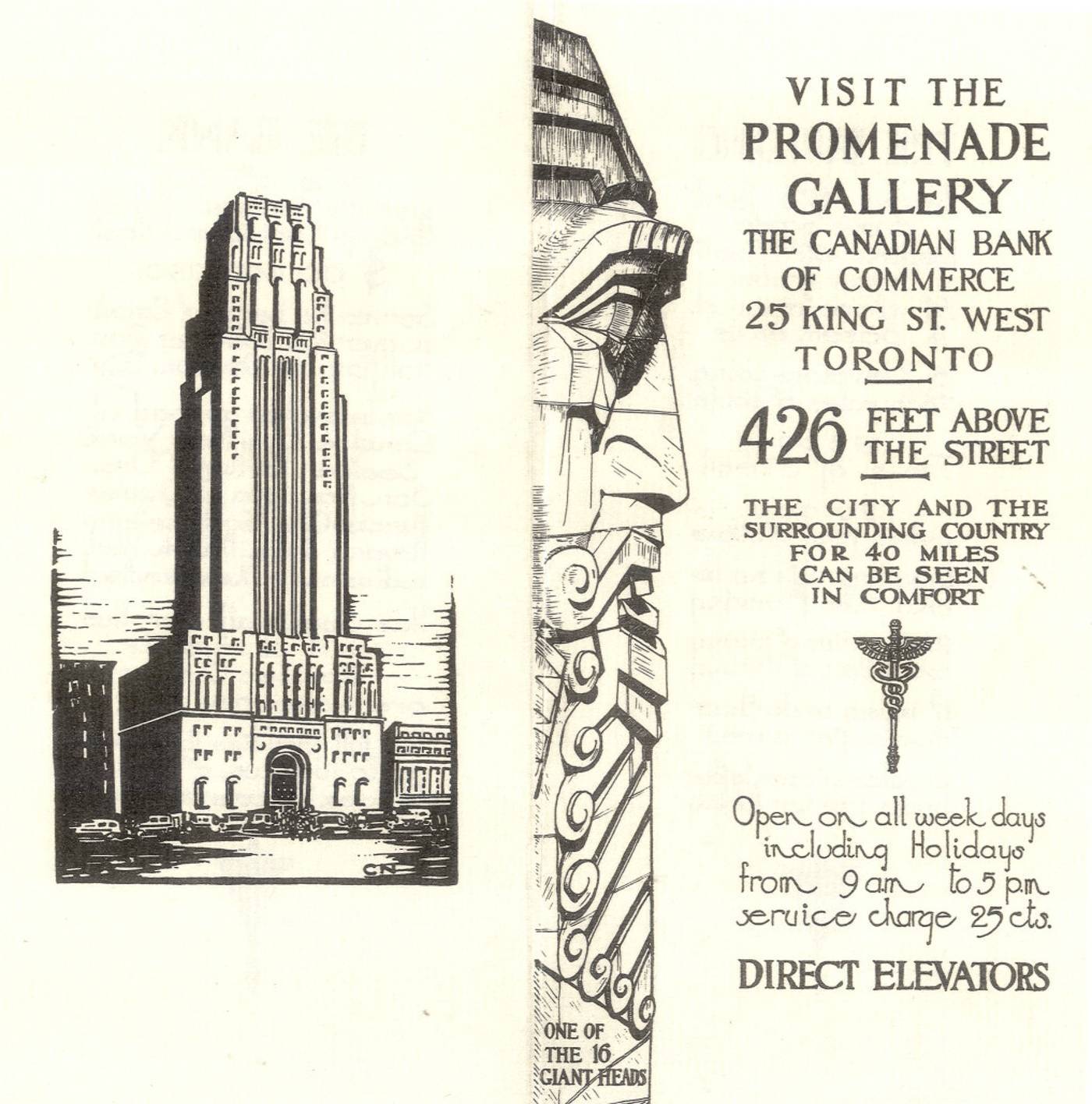 An old ad for the observation deck. Image via the CIBC archives.

The view is a lot different today, of course, thanks to an explosion of condo and office towers downtown – but you couldn't know that first hand without having gained rare access to the space, which closed to the public in the 1970s.

Sad? Don't be – you might still get a chance to visit the observation deck at 25 King West, a whopping 426 feet above the street in one of Toronto's only remaining Art Deco towers.

The Commerce Court North building itself, opened in 1931 during the Great Depression, will remain in place. So will its observation deck – and when the entire development project is finished, we might actually be able to check it out.

The Globe and Mail reported this week that architects working on the Commerce Court redevelopment "are planning to reopen" the observation deck on top of the tower.

Nothing is set in stone at this point, but if everything is built according to current plans, Toronto will eventually have a brand new, 298.14-metre-tall, mixed-use office and retail building and soaring atrium at Commerce Court.

Maybe, if we're lucky, the public will also have a new spot take in our city's exceptional views.