Another skyscraper is in the works for downtown Toronto, and this one's a big boy.

At 64 storeys and almost 300 metres, the proposed Commerce Court development would add approximately 168,000 square metres of office space to the city's Financial District and be as tall as First Canadian Place. 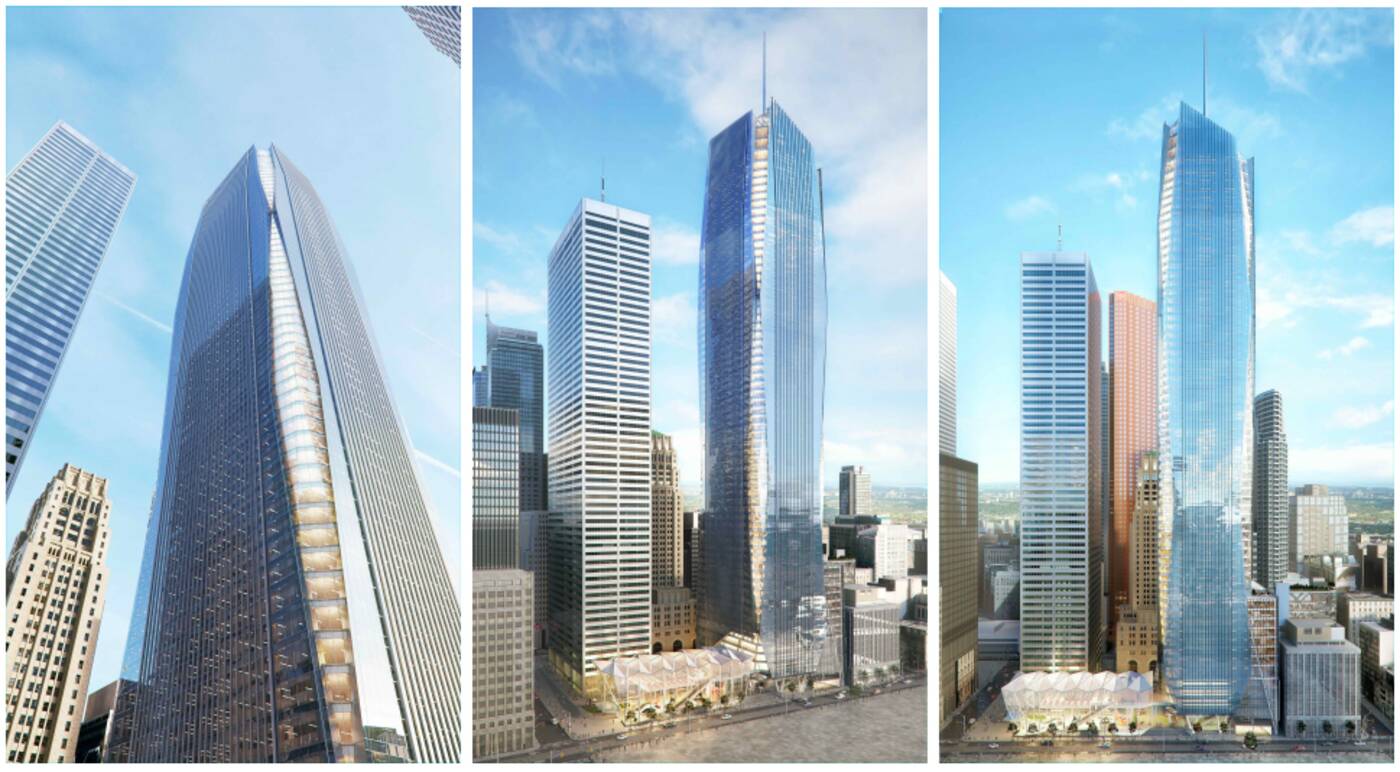 Renderings of the proposed reworking of Toronto's Commerce Court complex by Hariri Pontarini Architects, designed with DIALOG, for QuadReal. Image via City of Toronto.

QuadReal Property Group submitted a zoning by-law amendment application late last month asking the city for permission to "re-imagine" and "transform" the historic property at the southeast corner of King and Bay Streets.

Documents submitted to the city show that QuadReal wants to demolish two of the five existing buildings at Commerce Court and build an addition to the Hotel Victoria building at 56 Yonge Street.

The historic and stately Commerce Court North building, built during the Great Depression in 1931 and now one of Toronto's only Art Deco towers, will obviously remain in place.

So too will be the 57 storey Commerce Court West, which was designed by I.M. Pei and erected in 1972 as one of Toronto's first modern office towers after the TD Centre. 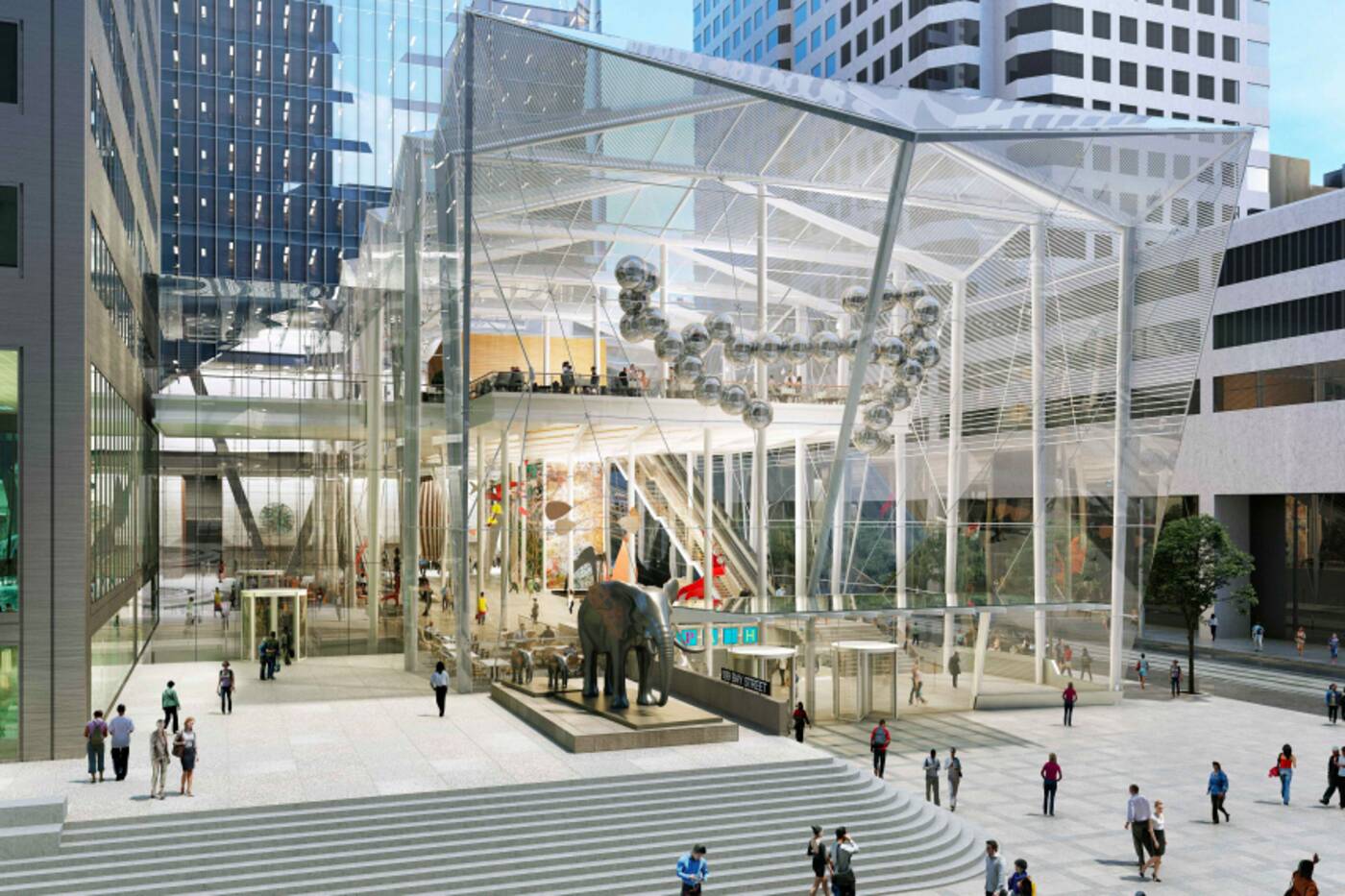 Renderings of the proposed reworking of Toronto's Commerce Court complex by Hariri Pontarini Architects, designed with DIALOG, for QuadReal. Image via City of Toronto.

When all is said and done, Toronto will have a brand new, 298.14-metre-tall, mixed-use office and retail building.

Renderings by Toronto-based Hariri Pontarini Architects and the design firm DIALOG show a stunning atrium at the tower's base, completely transparent and filled with light both day and night.

The pedestrian plaza will be rebuilt with a landscape plan by Claude Cormier & Associés, according to Urban Toronto, which aims to "better integrate the new buildings with their surroundings while honouring I.M. Pei's vision for the square."

This one could be a game-changer for the Financial District.