This is what Toronto looks like from its secret observation deck

Between 1931 and the mid 1960s, the most spectacular place to view Toronto was from the 32nd floor observation deck at what we now call Commerce Court North. This was the tallest building in the city until Mies van der Rohe's TD Centre supplanted it in 1967. 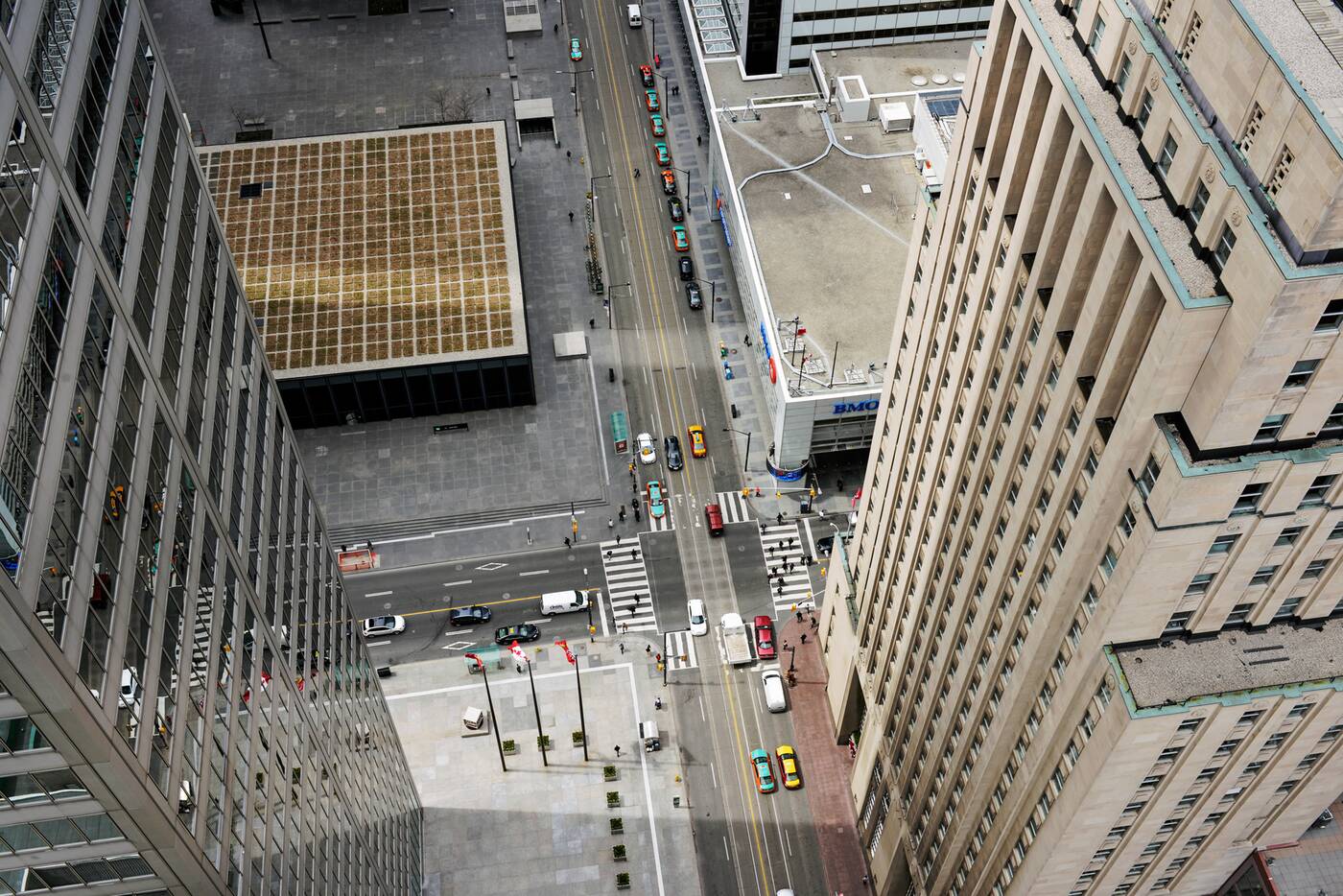 Looking down at King and Bay streets. Photo by Derek Flack.

Constructed at the outset of the Great Depression, the Canadian Bank of Commerce Building (as it was called then) was meant to be a testament to the sturdiness of the national banking system and the economy in general. It was also a wildly popular attraction for locals and tourists alike. 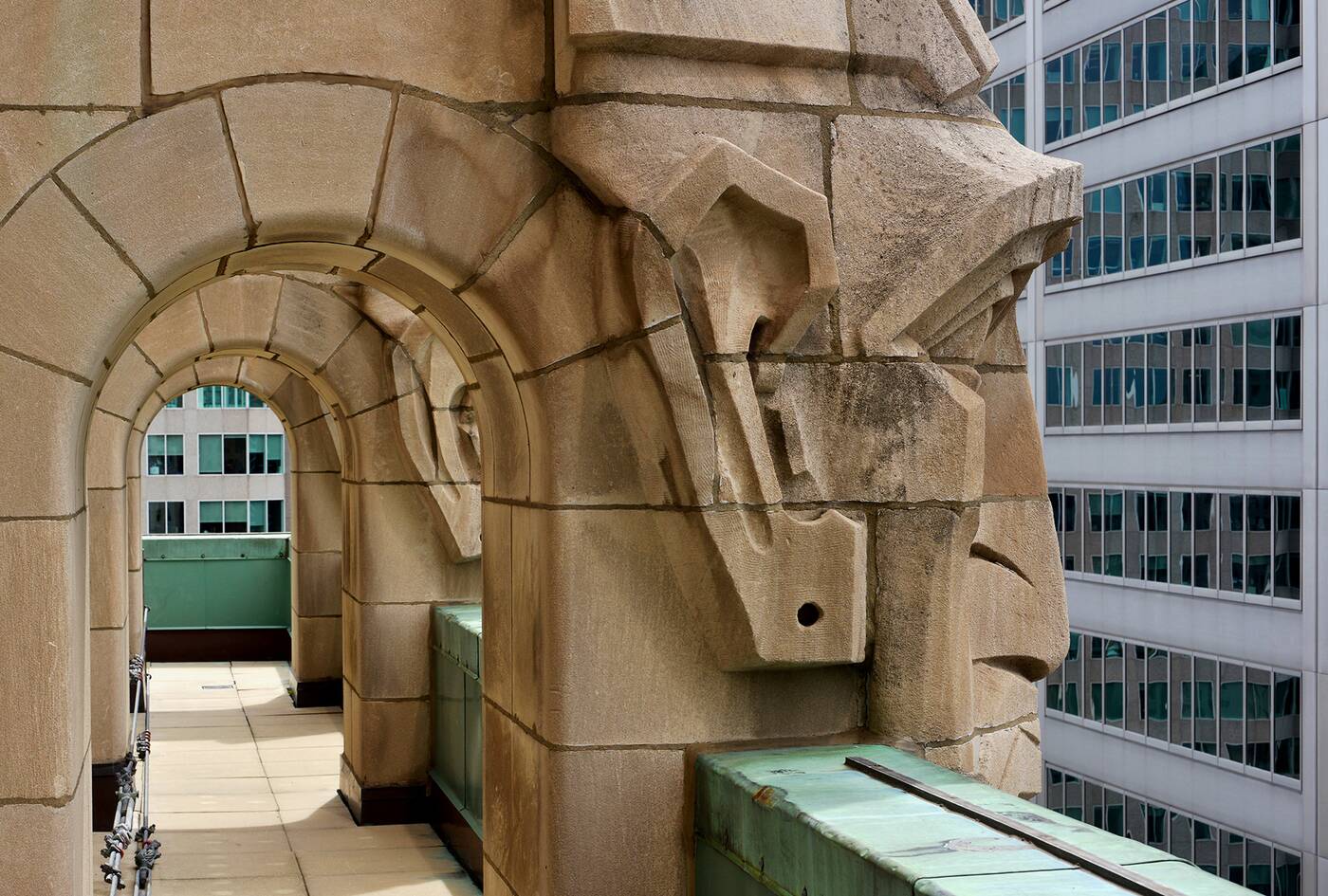 One of the giant sculpted heads that line the observation deck, which represent courage, observation, foresight, and enterprise. Photo by Derek Flack.

While the Pearson and Darling-designed building has many remarkable features—including the opulent gold-plated ceiling in the banking hall—it was the observation deck that captured the city's imagination. Between 1931 and 1956, over 200,000 people paid a visit to this perch. 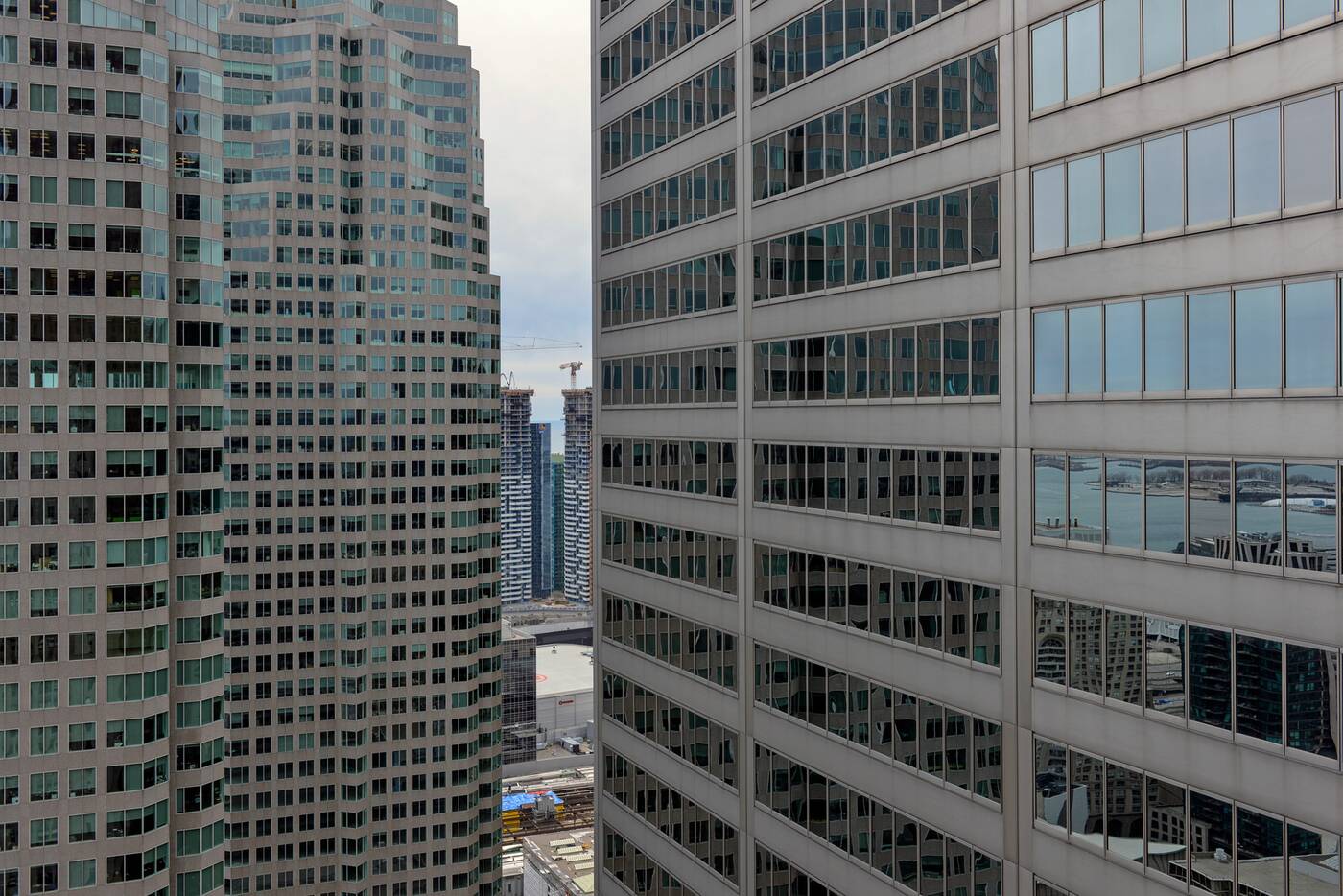 Peeking in between Brookfield Place and Commerce Court West. Photo by Derek Flack.

It cost 25 cents to make the trek to the top back in the day. Upon arrival, visitors could see the mist of Niagara Falls rising across Lake Ontario provided the weather was clear. That's not to mention the panoramic view of Toronto the observation deck afforded. 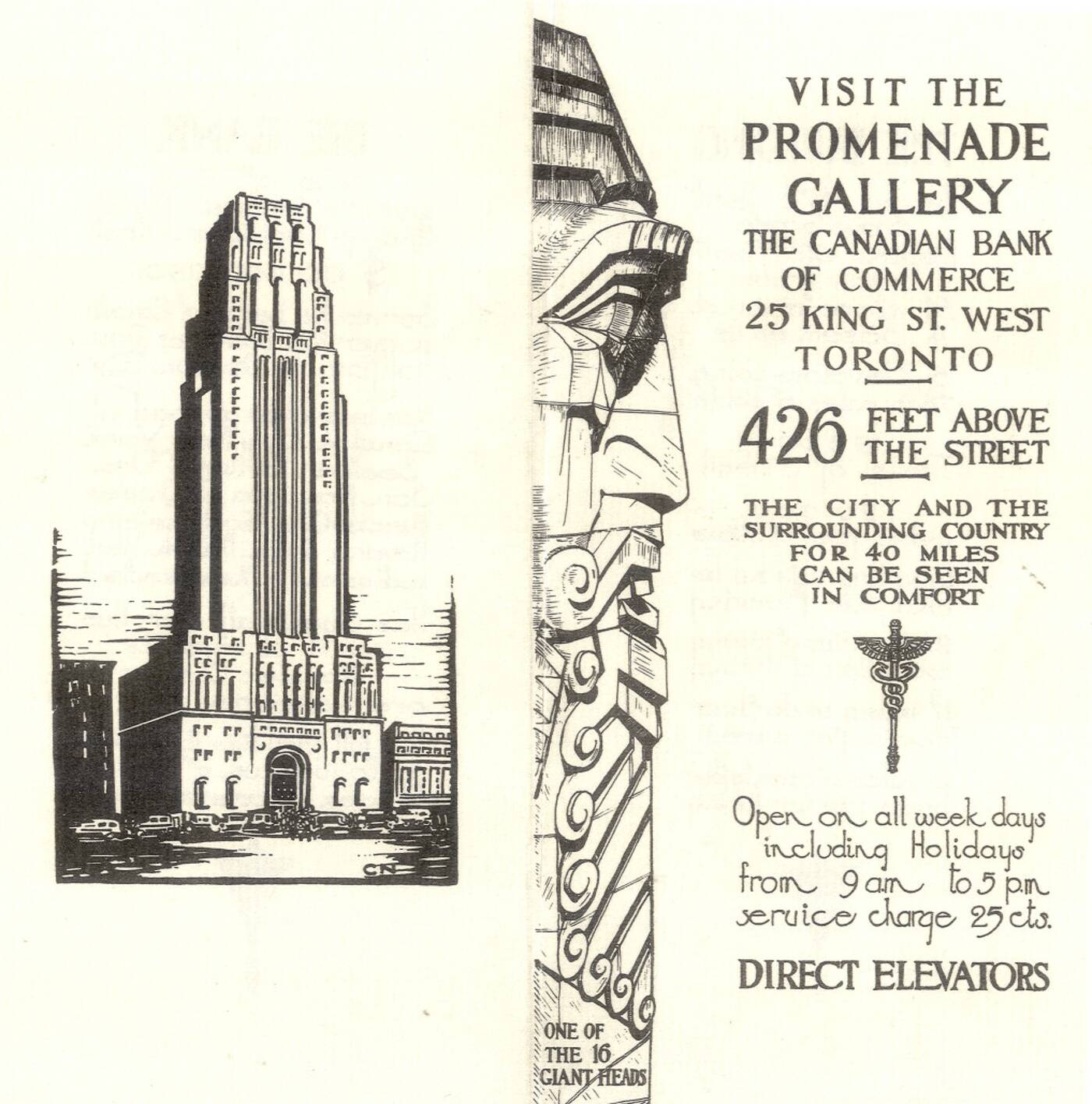 Brochure for the observation deck in the 1930s. Image courtesy of the CIBC Archives.

Today the sight of the city from 426 feet near King and Bay streets is rather different. Where once a person walking around the deck could see for more than 50 kilometres in every direction, modern skyscrapers now block significant chunks of the view. 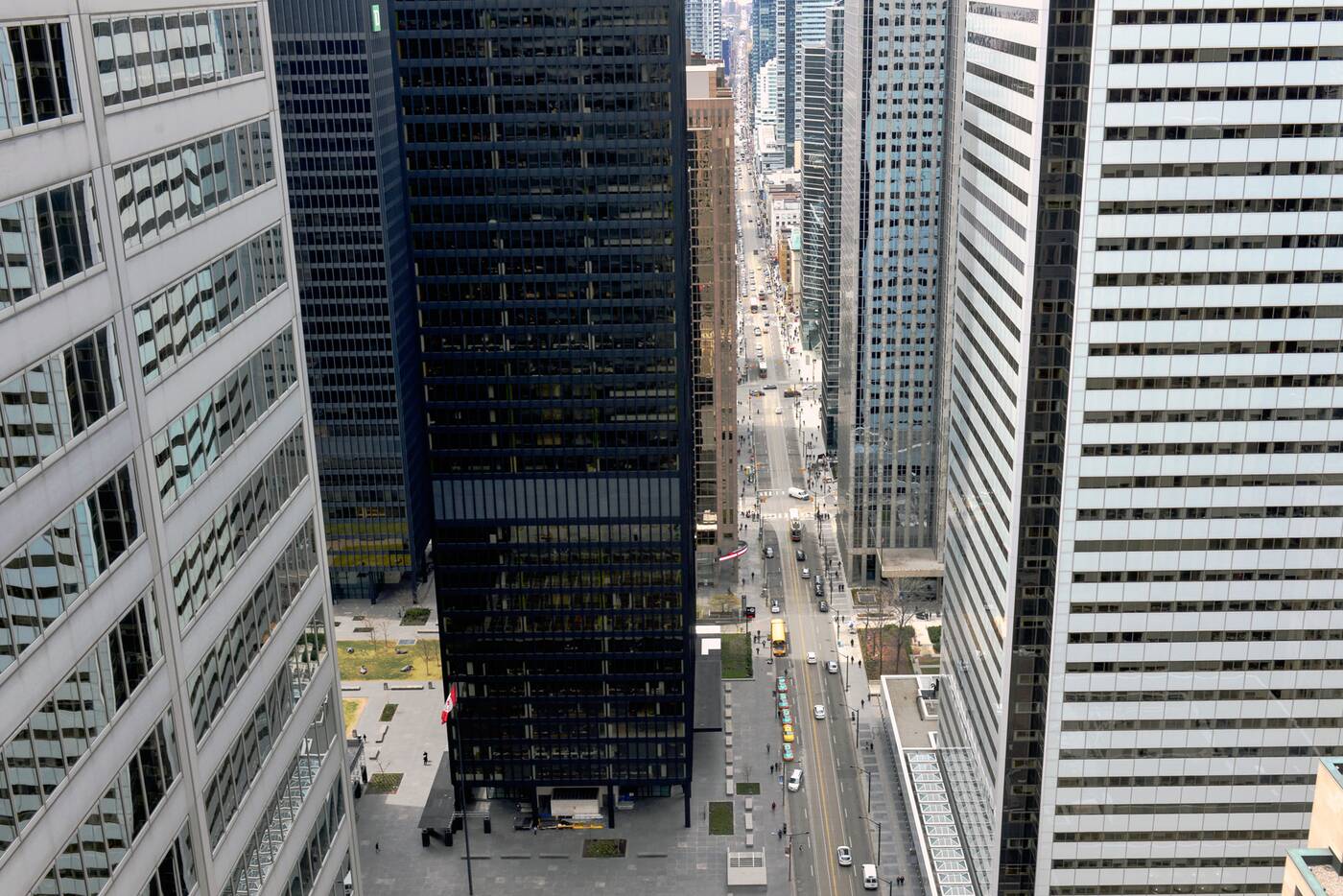 It's these taller towers that are partially to blame for the loss of public access to this observation deck. Almost all of Toronto's modern buildings had observation areas, and they got progressively taller as each new one arrived on the scene. 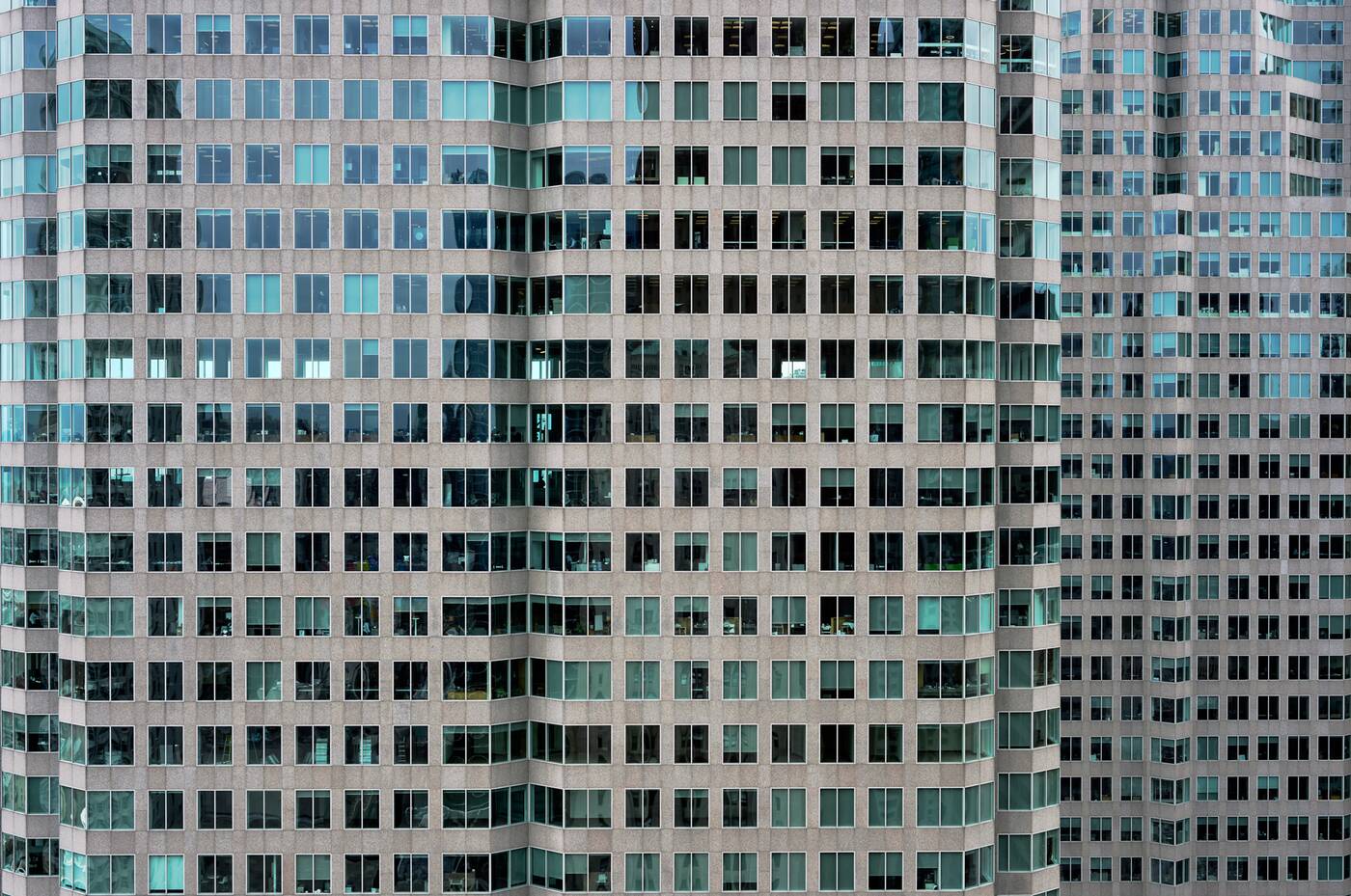 The allure of an observation deck is often tied directly to its status as the tallest perch in the city. By the time the CN Tower opened in 1976, it signalled an end for its predecessors, which ceased to be as popular as they once were. 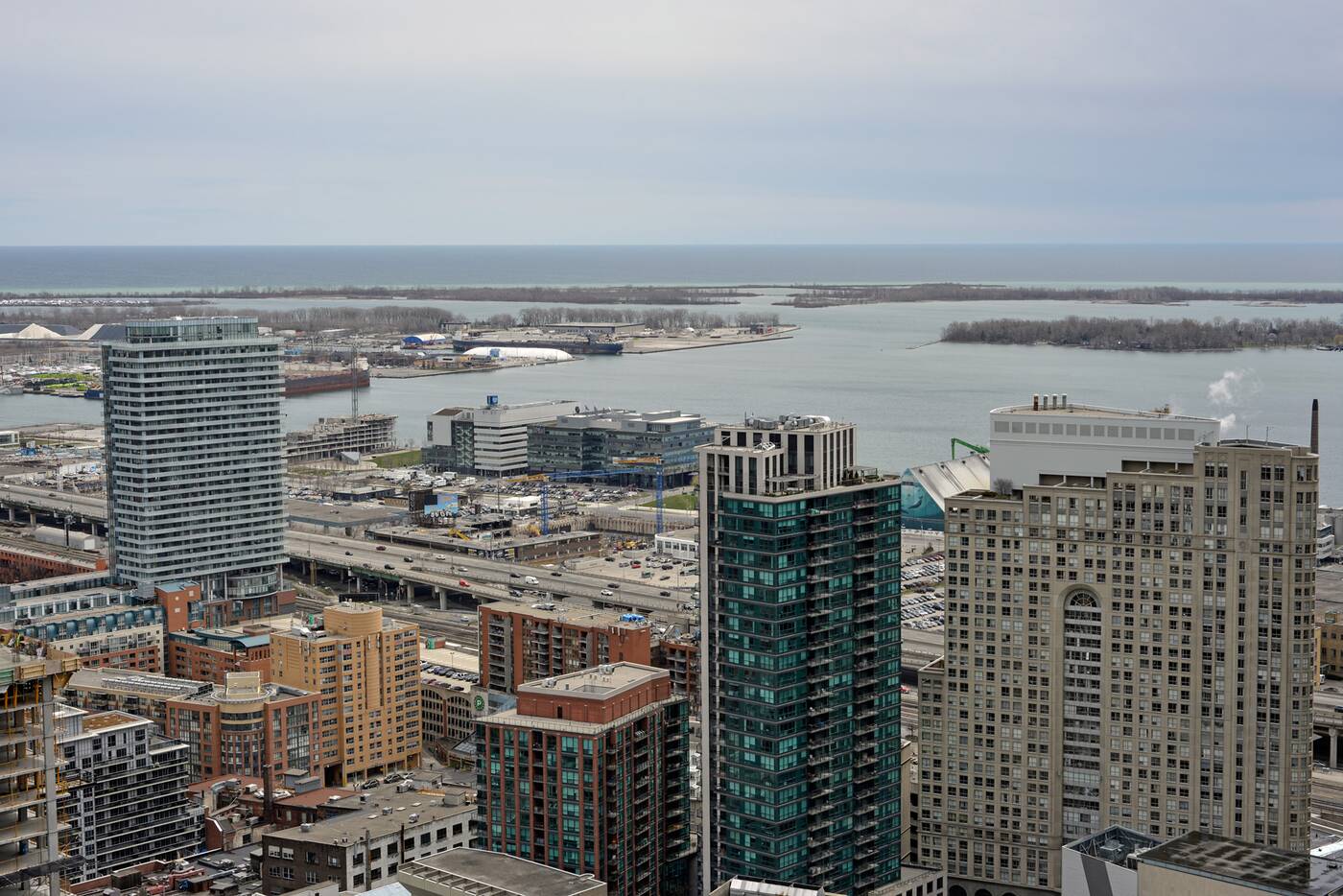 One of the few unobstructed views from Commerce Court North, looking towards the Port Lands, though this too is bound to fill in. Photo by Derek Flack.

The observation deck at Commerce Court North closed at some point in the late 1960s, and hasn't been opened to the public again due to liability concerns.

If the will was strong enough, it could probably be reopened, but given how much the city has changed, the view just isn't the same.