An emblematic building from 1977 will soon be razed for a new, 35,000 square foot premium retail space in the heart of Yorkville.

Greybrook Realty Partners Inc. and First Capital Realty announced in 2016 that they had partnered to transform the entire site into a luxury retail development.

A proposed internal courtyard from development plans submitted to the city on Dec. 20, 2017. Image via Neuf Architects / city of Toronto.

Now the investment firms, along with Montreal's Neuf Architects, have submitted a detailed development proposal to the City of Toronto.

Called "The Mews," the proposed development will replace what's already on the site with three new buildings.

The complex will have "contemporary features, and an accessible pedestrian walkway leading to a courtyard at the south end," according to Urban Toronto. "From there the mews will access a mid-block pedestrian connection to Cumberland Street." 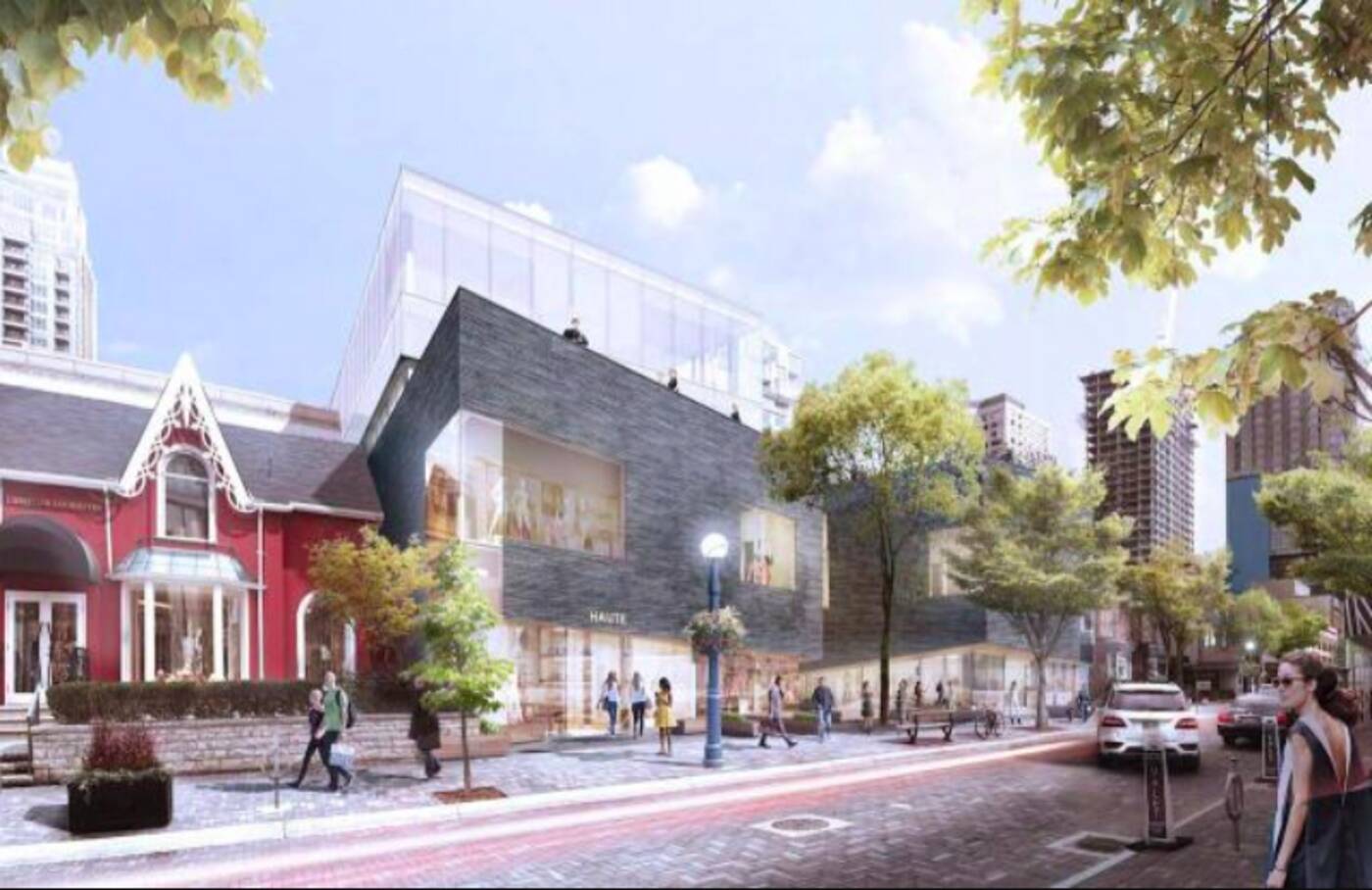 Renderings show a series of second and third floor terraces and balconies fronting opaque glass boxes atop two of the buildings.

Fortunately for denimistas, Over The Rainbow won't be closing – it's only moving. You'll be able to find your dream jeans at the Manulife Centre when OTR opens up a new location later this year.