Toronto is getting a condo that looks like a jewel

Condos are constantly going up around Toronto, some featuring more intriguing designs than others. This newly proposed building from Quadrangle for Callian Capital Partners is probably one of the most elegant mid-rise projects to be pitched in quite a while.

As Urban Toronto reports, the 10-storey triangular building would be built at the north-east corner of Broadview Avenue and Mortimer Avenue in the space once occupied by the long-operating Whistler's Grille, which is slated to close on December 31.

It features a sharp, dramatic ridge running from top to bottom before a large glass panel squares off the lobby and retail areas below. The effect is stunning, mimicking the natural form of raw gem. 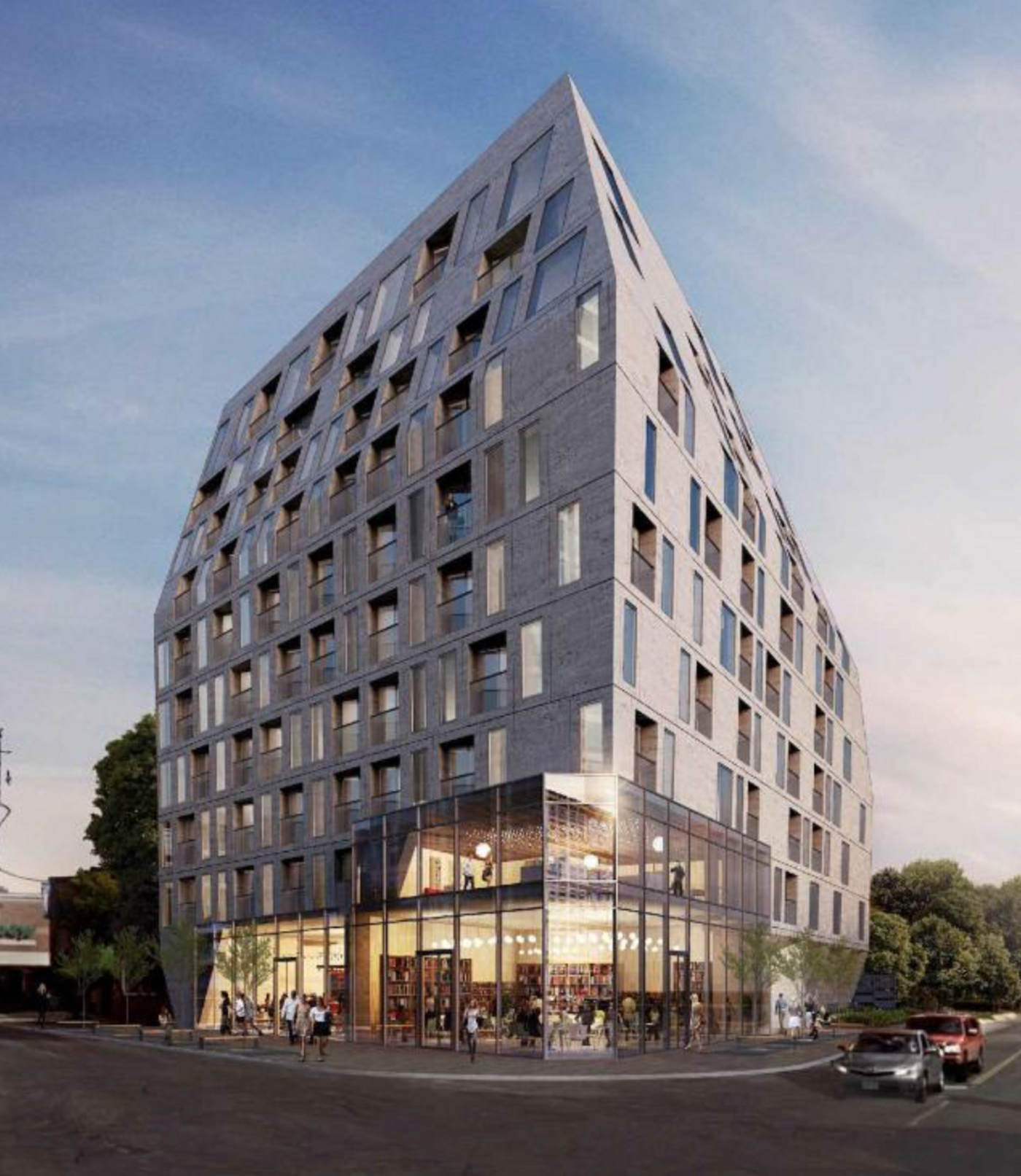 The lower level will feature almost 5,000 sq/ft of retail space. Photo courtesy of City of Toronto and Callian Capital Partners.

The building has a somewhat rare trapezoid footprint with an odd window distribution that contributes to its gem-like appearance while giving it a modern aesthetic that provides ample sun for exposure for both the southeast and southwest facades.

The mid-rise development will feature 111 units (of which 79 will be one bedrooms), but also 5,000 square feet of retail space that should be welcome in the quickly developing area of Broadview North.

Callian Capital Partners via the City of Toronto