Honest Ed's ghostly presence at Bathurst and Bloor streets is soon to come to an end. Demolition efforts have now begun at the sprawling retail complex, which closed at the end of last year. 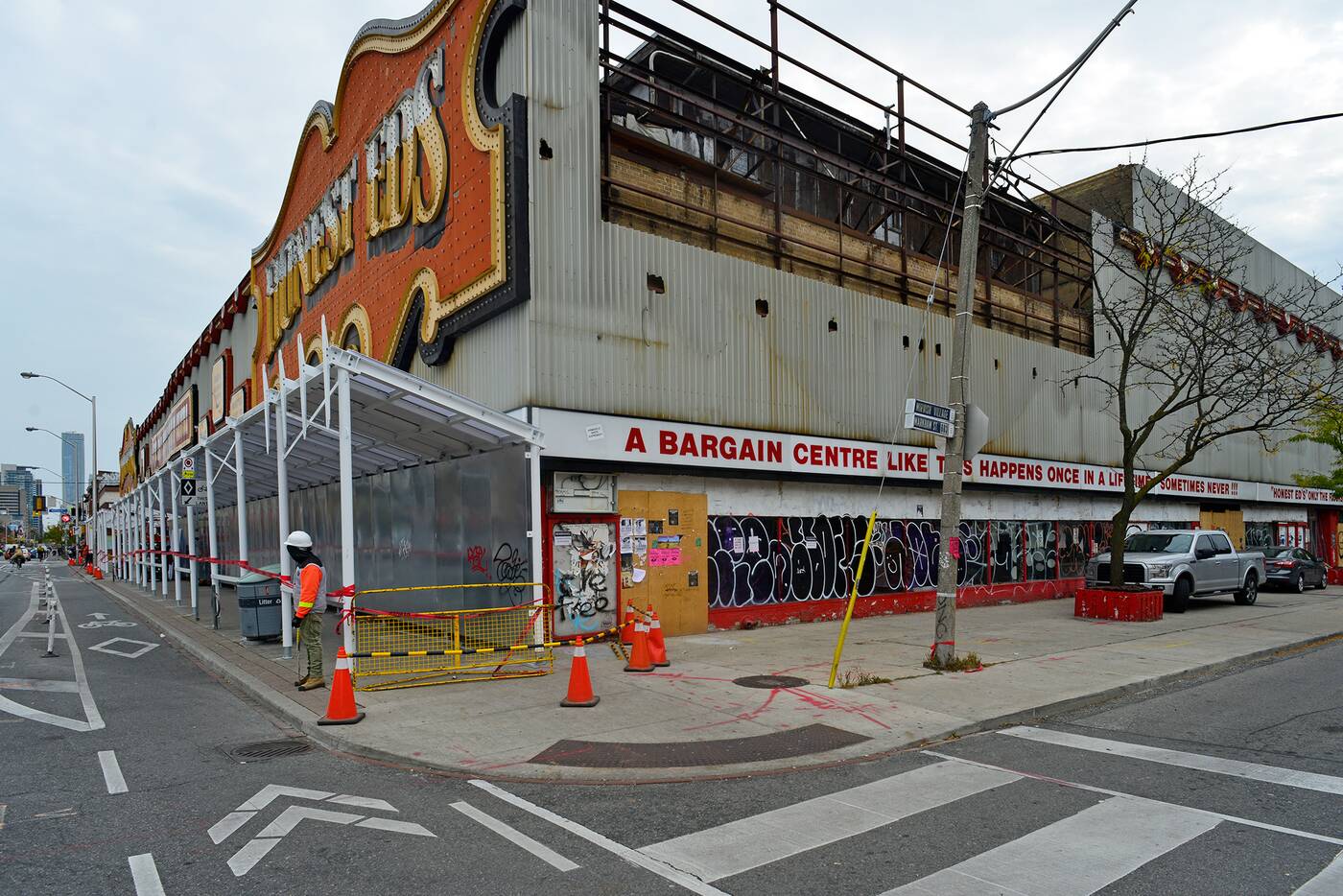 The sign at the corner of Bloor and Markham streets has already been removed for preservation efforts. Photo by Derek Flack.

It had been relatively quiet at the site after signs from the Markham St. facade were stripped earlier this year, but activity has heated up in the last week as hoarding has gone up along Bloor St. sealing off the old retail windows. 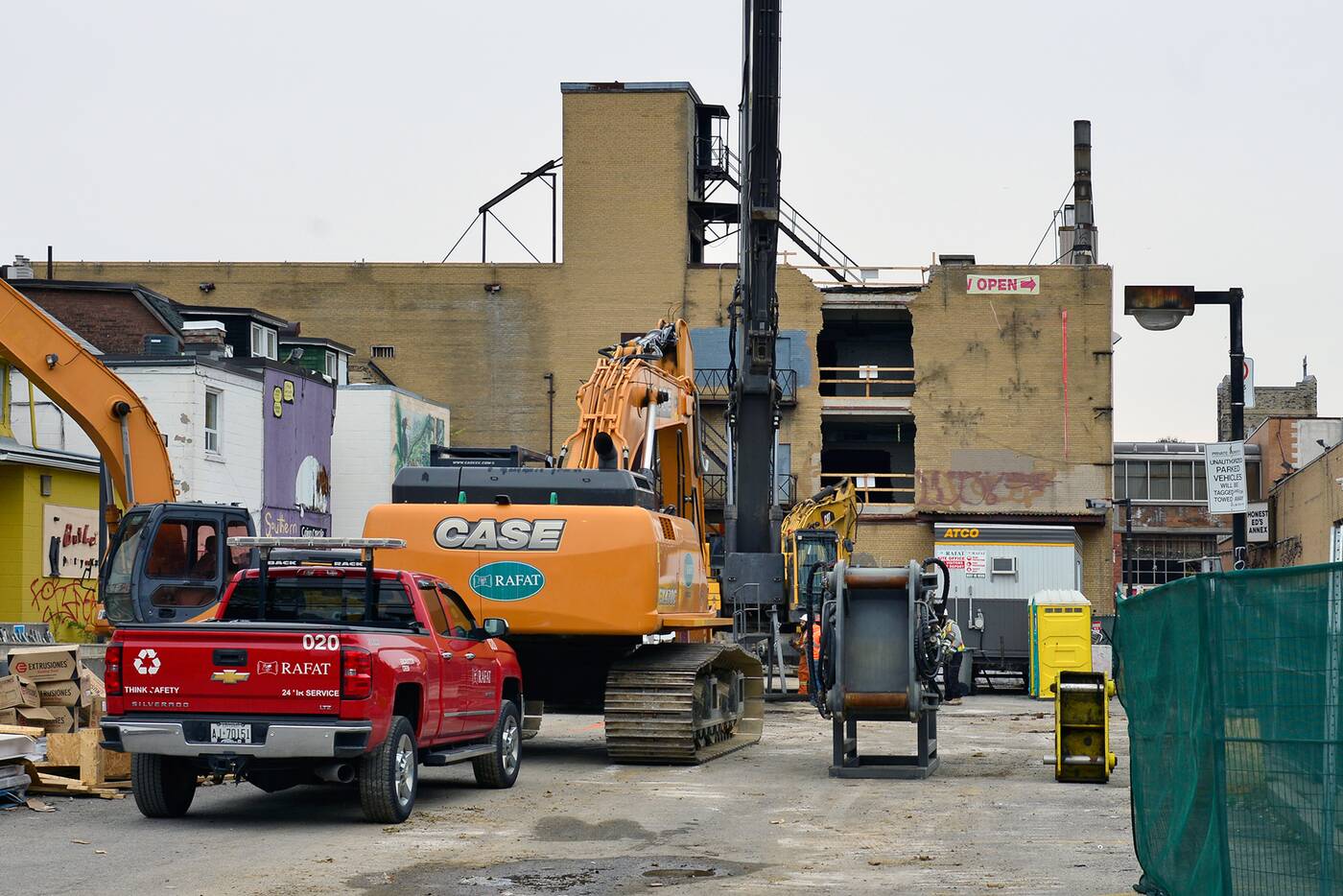 Demolition has begun at the rear of the building. Photo by Derek Flack.

The real action, however, is in the back. Amidst a parade of dump trucks and work vehicles, the rear wall of the store is starting to come down in earnest. Right now, there are two sizeable holes cut out on the second and third floors, but you can bet they'll make quick progress here. 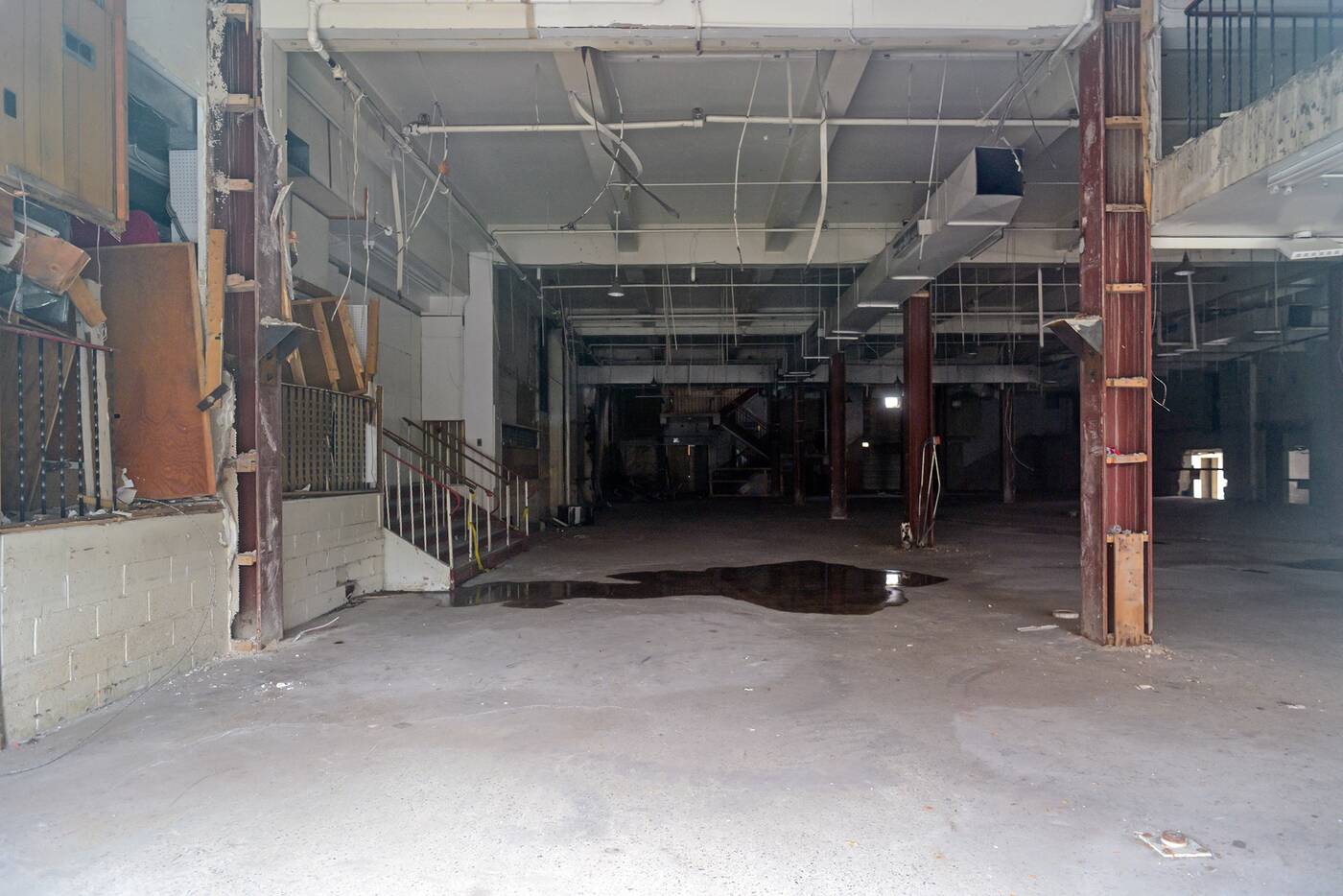 The shelled out interior of Honest Ed's. Photo by Derek Flack. 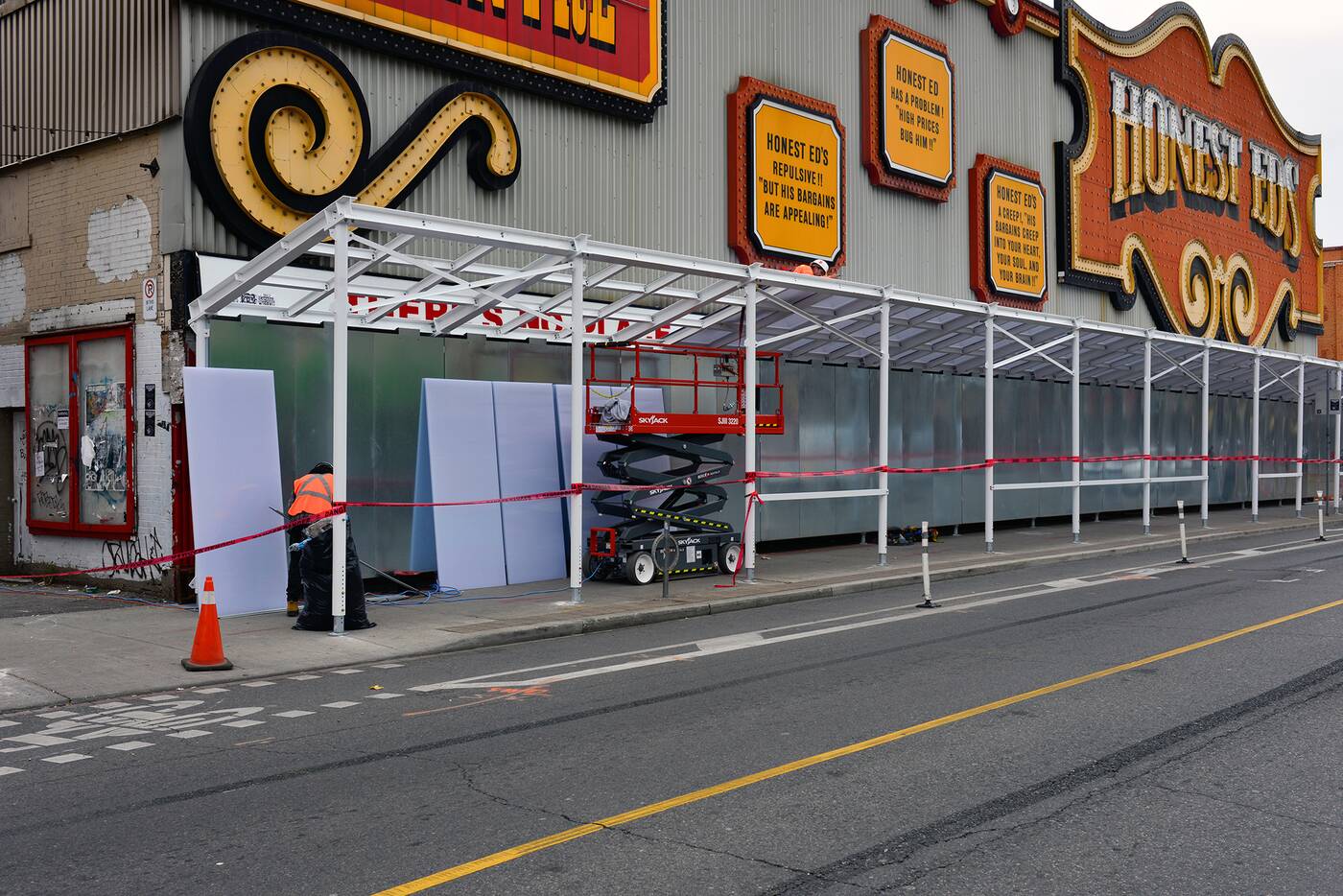 Aluminum panels are being installed around the old ground-level window displays. Photo by Derek Flack. 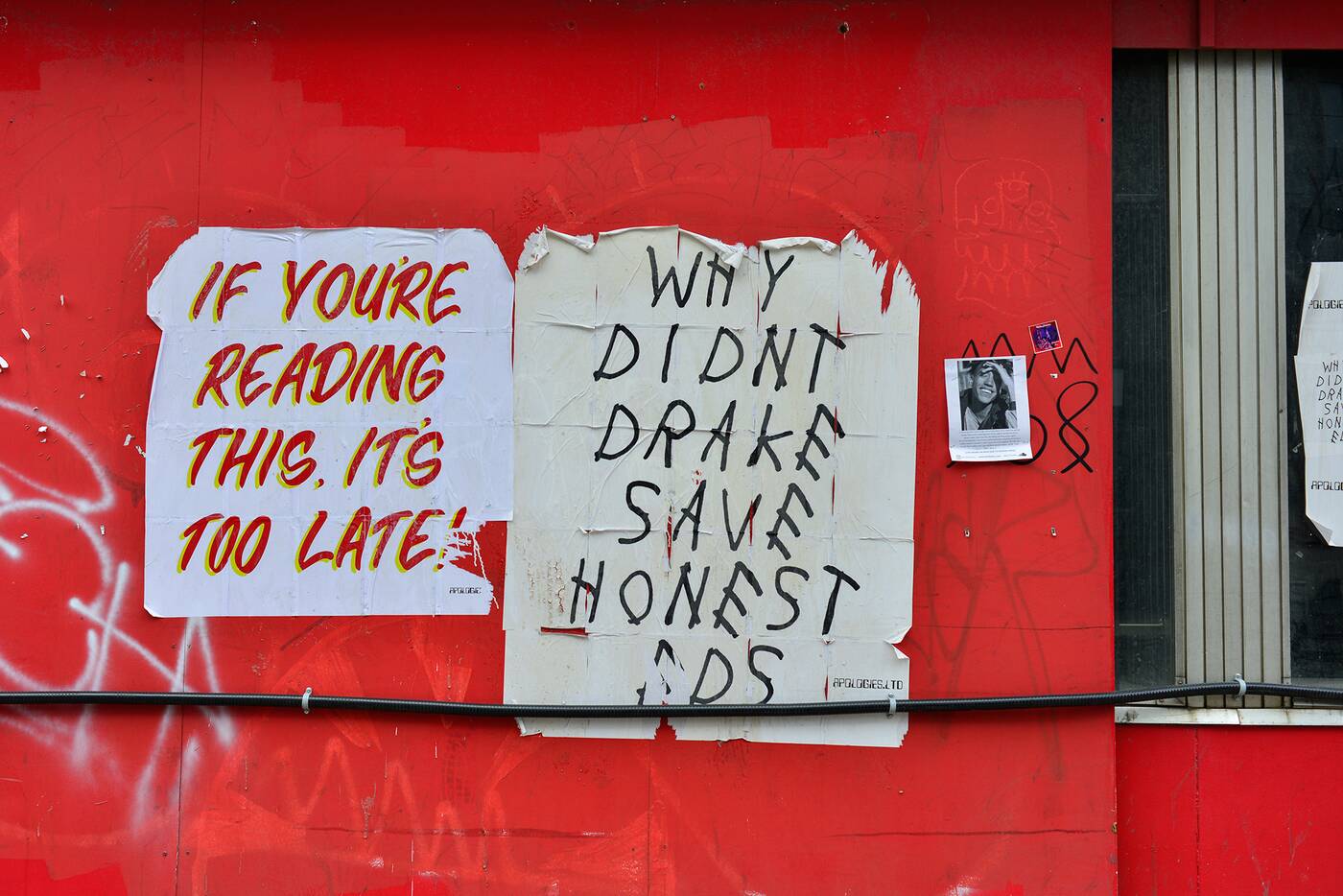 There are many signs still come down on three sides of the building, though there's no word that they'll be preserved. The three remaining mega-signs are said to be damaged beyond repair, though the one that's already been stripped with find new life on Victoria St.

When it comes to the rest of the building, the Drake-inspired posters that cover its exterior say it best: if you're reading this, it's too late.