US company claims the El Mocambo copied its logo

Just when things were looking up for our beloved El Mo, an American audio company is accusing the long embattled Toronto music venue of copyright infringement.

California-based Turtle Beach, best known for its top-of-the-line gaming headsets, claims that The El Mocambo's neon outdoor signage looks too much like its own logo. 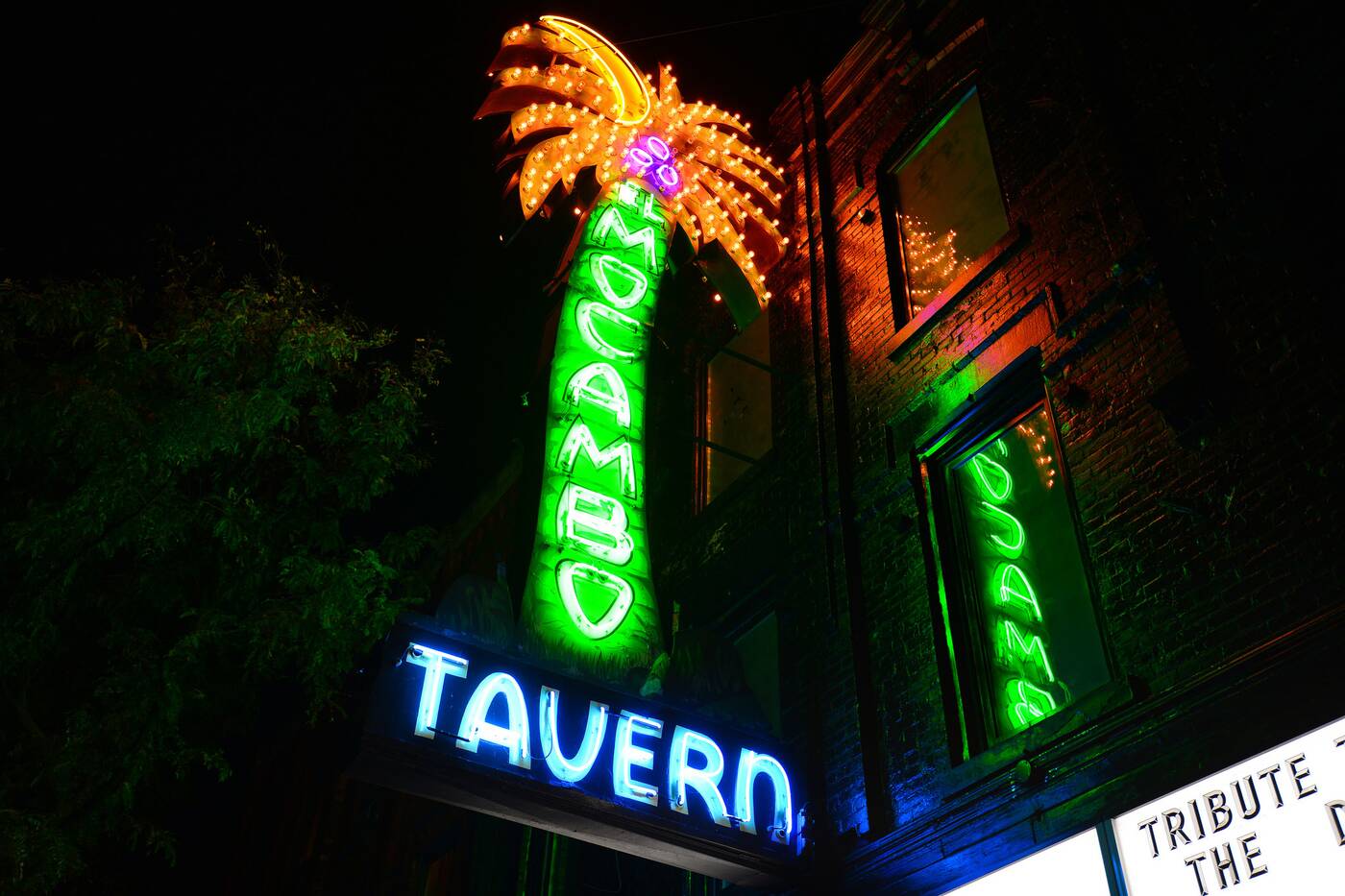 This photo of the El Mocambo sign was taken post-restoration, in 2013. Photo by Alex Meoko.

Here is the Turtle Beach logo, which features two palm trees in an upside down triangle.

It was registered with the United States Patent and Trademark Office in March of 2016 by Voyetra Turtle Beach, Inc.

Turtle Beach filed an objection with the Canadian Trademark Office only recently, after The El Mocambo's new owner hired a lawyer to ensure that the venue's sign and logo were protected.

Michael Wekerle, who purchased the club after its closure was announced in 2014, told CBC News on Thursday that this trademark issue "hasn't affected our vision or plans in any way."

"We have a long, well established brand history and we're confident there wouldn't be any confusion between the two logos," he said of the controversy. "We're still working overtime to bring this iconic live music venue back for Toronto."

Do these 2 palm trees look the same? U.S. company claims it owns the El Mocambo's logohttps://t.co/xbwKDWoraK

In February, INK entertainment (which partnered with Wekerle to manage and renovate the club) announced that The El Mo would be re-opening this year as a "state-of-the-art live music venue, event space, and recording and production facility."

The opening is now expected to take place this spring, regardless of what happens with the trademark ruling. The sign is being remade once again as Wekerle's lawyer, Taras Kulish works behind the scenes to reach a resolution with the U.S. company.

"It's going up," said Kulish of the palm tree sign. "The El Mocambo is going to be opening as projected in the spring of 2018."