Toronto can't decide if it should demolish bookstore for student residence

The University of Toronto will not go down quietly in its fight to tear down a 132-year-old retail store for a new high rise residence.

Currently home to Ten Editions bookstore, the building at 698 Spadina was first opened in 1885 as the John James Funston grocery store.

Ten Editions, which itself has become an attraction for its charming, old-timey atmosphere and collection of rare titles, started operating out of the building in 1984.

today i spontaneously bought an old german literary magazine for $1

Is it worthy of a heritage building designation? Toronto City Council certainly thinks so, as do members of the Harbord Village Residents’ Association.

"The building has design value as an example of a late 19th century corner-store building type designed with a high degree of craftsmanship in the late Victorian style," reads a Notice of Intention to Designate on the city's website.

"The design value is evident in such elements as the characteristic recessed diagonal corner entry, the decorative wood elements of the shop front, window and door frames and in the variety of the brick cladding details on the east and south elevations." 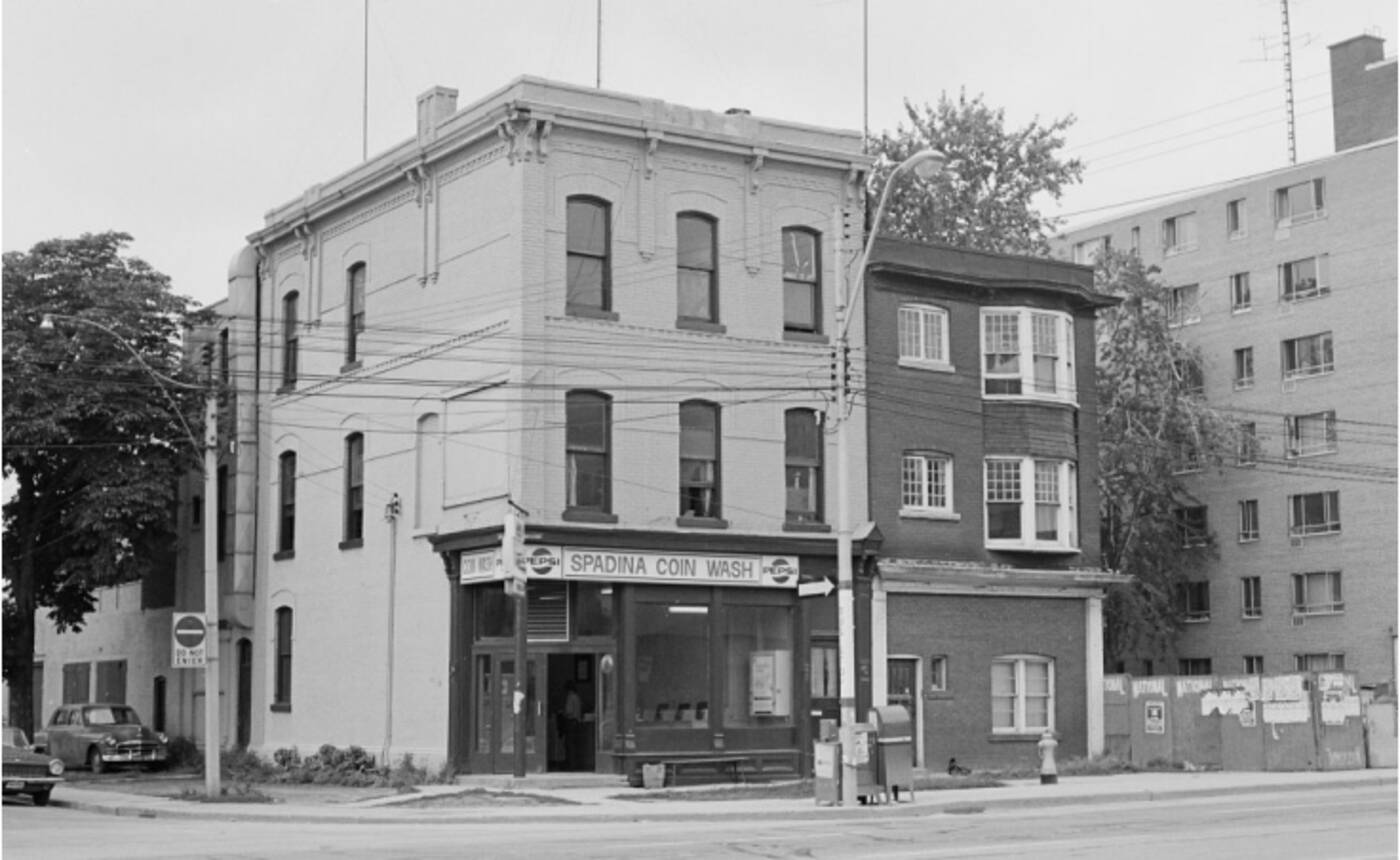 Photograph of 698 Spadina Avenue taken in 1972, when the building's base served as a laundromat. Photo via The City of Toronto Archives.

U of T disagrees, and will be challenging the building's potential addition to the City of Toronto’s Heritage Register at the Conservation Review Board this November.

The University argues that the building doesn't "seem to contain enough design or contextual value to warrant the heritage designation." Also, there are already 80 listed heritage buildings on U of T's St. George campus.

Even if the building is torn down though, U of T's proposed 23-storey, 549 unit student residence might still not be able to go up.

"The height far exceeds what is allowed in that area, so that’s a major concern,” said Trinity-Spadina Councillor Joe Cressy to Post City.

"It’s now a legal fight," Cressy continued. "My preference was always to find a way to build a more appropriate student residence."