Someone just drove backwards on the Gardiner to make an exit

Today in "people who are lucky not to be dead," an unidentified driver was caught driving in reverse on Toronto's Gardiner Expressway.

The car can be seen inching slowly in reverse towards the west-bound Spadina Ave. / Lake Shore Blvd. offramp – the exit its driver appears to have missed – stopping and starting as vehicles come up behind it.

It's scary enough to see something like this for a few seconds, but the scene plays out for more than a full minute before the car finally starts moving in the right direction.

Michigan-based criminal defence attorney Nicholas Somberg was in Toronto celebrating his birthday with friends when he spotted the car from a Mariner Terrace Airbnb rental.

Samberg and his friends were bewildered by what they saw happening on one of Toronto's busiest major highways, despite the fact that it was pretty quiet on the roads. 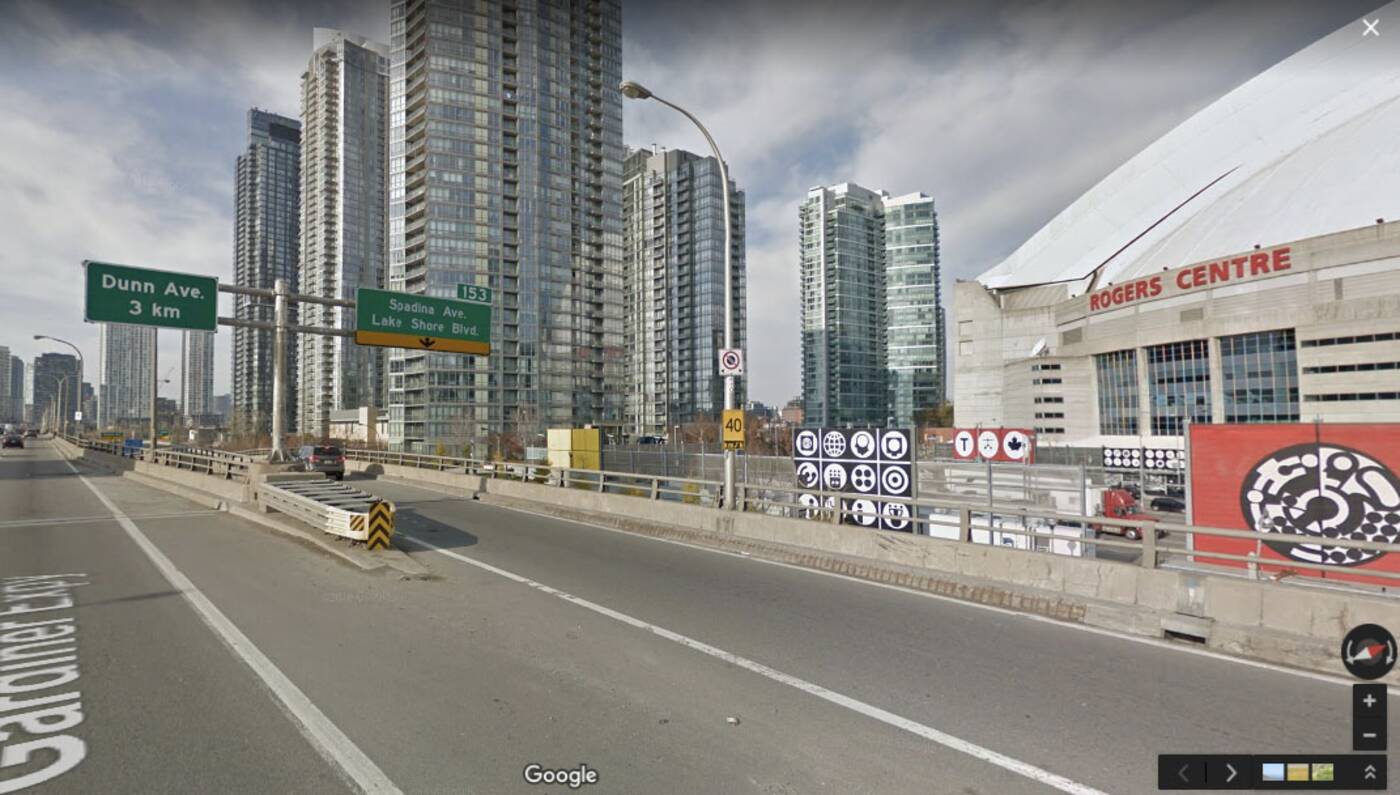 A driver appears to have missed this exit at Spadina, prompting him to drive backwards for at least 100 meters on The Gardiner earlier this month.

"We were on the edge of our seats!" he wrote in the caption of the video. "Epic win or epic fail here?"

Lots of angry people in Toronto are seeing fit to answer that question as Samberg's video makes the rounds on Reddit, Facebook and elsewhere online.

"That's legitimately one of the scariest roadcams I've ever seen," reads one comment. "There is something so unsettling about this driver's logic."

"Its ok to reverse on the Gardiner as long as you make eye contact first," joked someone on Reddit.

"Come on man, that's ridiculous," another person chimed in. "You'd have to put your 4-ways on as well!"