Areas just outside of Toronto might be treated to a rare glimpse of the Northern Lights tonight as a strong geomagnetic storm is expected to erupt later today. If the storm is as powerful as it might be, auroral activity could extend into September 7 as well.

Earlier this week, the sun released a coronal mass injection, which is a stream of fast-moving particles causing the phenomenon known as Aurora Borealis. The NOAA Space Weather Prediction Centre is calling for a G3 class storm, which would bring the show to lower than usual latitudes. 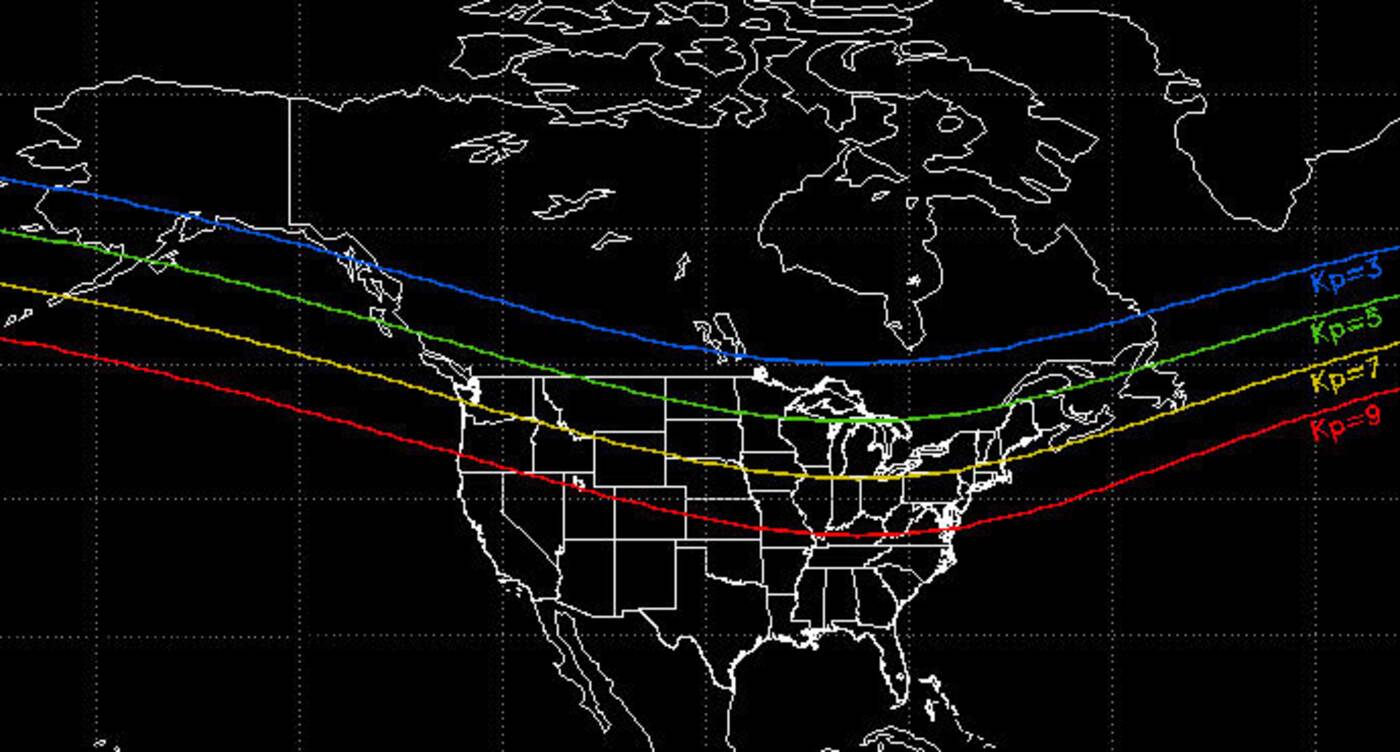 A G3 storm can bring auroras as far south as the yellow line (Kp7).

Urban areas like Toronto have too much light pollution for a clear view, but a drive out of the city may be worth it to catching this rare display. Right now, the weather conditions look favourable in our area around midnight and into the early hours of the morning.

Using a Dark Site Finder is the ideal method to make sure you choose a dark enough sport to see the Northern Lights. Northwest of Toronto is your best bet for a short trip, though a dark sky preserve is always a great option.

Be sure to keep an eye on the Clear Sky Chart for the area in which you intend to do your viewing, as cloud cover could undermine the best laid plans.