Video footage of a man dressed like a police officer dancing has been making the rounds in Toronto this week, and now it appears to have hit the real cops.

They are not pleased.

The video first surfaced on Monday in multiple Facebook groups. Filmed Saturday, it shows the man dancing in traffic at the intersection of Bloor and Christie.

A GIF made from the video was subsequently posted to Reddit, where the person who capture the scene asked for help in finding additional footage.

According to OP, the "fake cop" caused a real accident between a taxi and an SUV driver "by motioning them to both proceed through the intersection."

The dancing man is said to have been accompanied by a film crew, which took off running with him when the crash happened.

Unfortunately for us, OP stopped filming just before the cars collided, "but there were soooo many people filming, someone had to have gotten the actual accident on camera."

The poster did get a photo of the immediate aftermath, though. 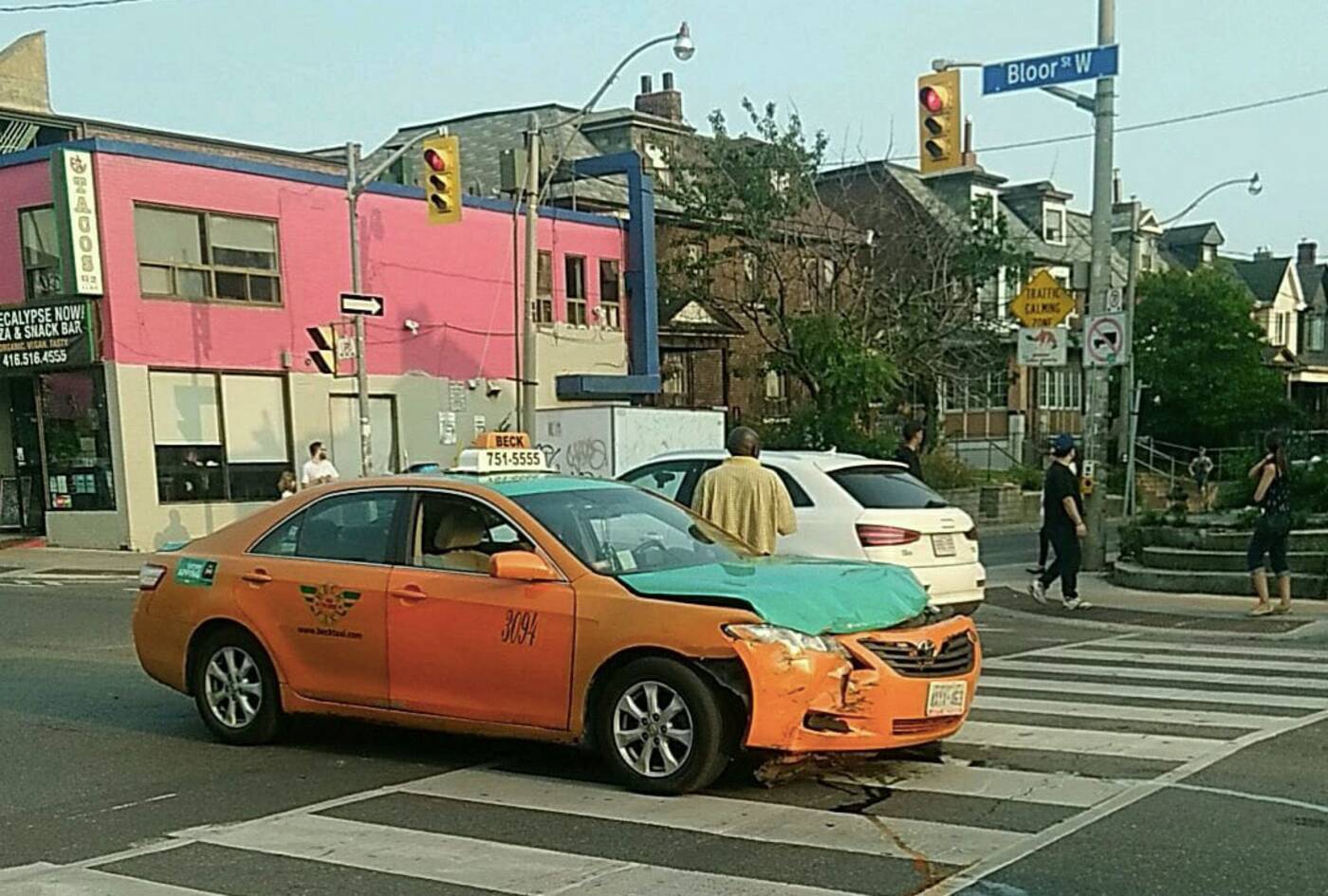 This person who posted this photo to Imgur says that it shows what happened after the fake dancing cop waved two vehicles through the intersection at once.

We don't know if additional footage has materialized, but Toronto Police are now seeking help in locating the man as part of an "impersonating peace officer investigation."

"On Saturday, September 16, 2017, at 6:15 p.m., police received a call for a Property Damage Collision in the Bloor Street West and Christie Street area," the release reads.

"It is reported that a man dressed in a police officer’s uniform was directing traffic while dancing," it continues. "Investigation has revealed that a collision which occurred between two vehicles was as a result of the man's attempt at directing traffic."

The police department's description of the man indicates that cops really don't like it when citizens bite their style.

It states that, among other things, the man was wearing a police hat, a police uniform shirt and "a police vest with 'POLICE' written on the front."