When it comes to Toronto condo prices, location really is everything. Sure, buying any unit in the city is going to be expensive, but when you see how prices vary based on the TTC subway map, it's obvious that Line 1 reigns supreme.

Toronto realtor Davelle Morrison recently put together this map of condo prices by TTC stop, which reveals the area around Summerhill Station as the most expensive place in the city. It's followed closely by Museum, Bay, Bloor-Yonge, and Rosedale as other high cost areas. 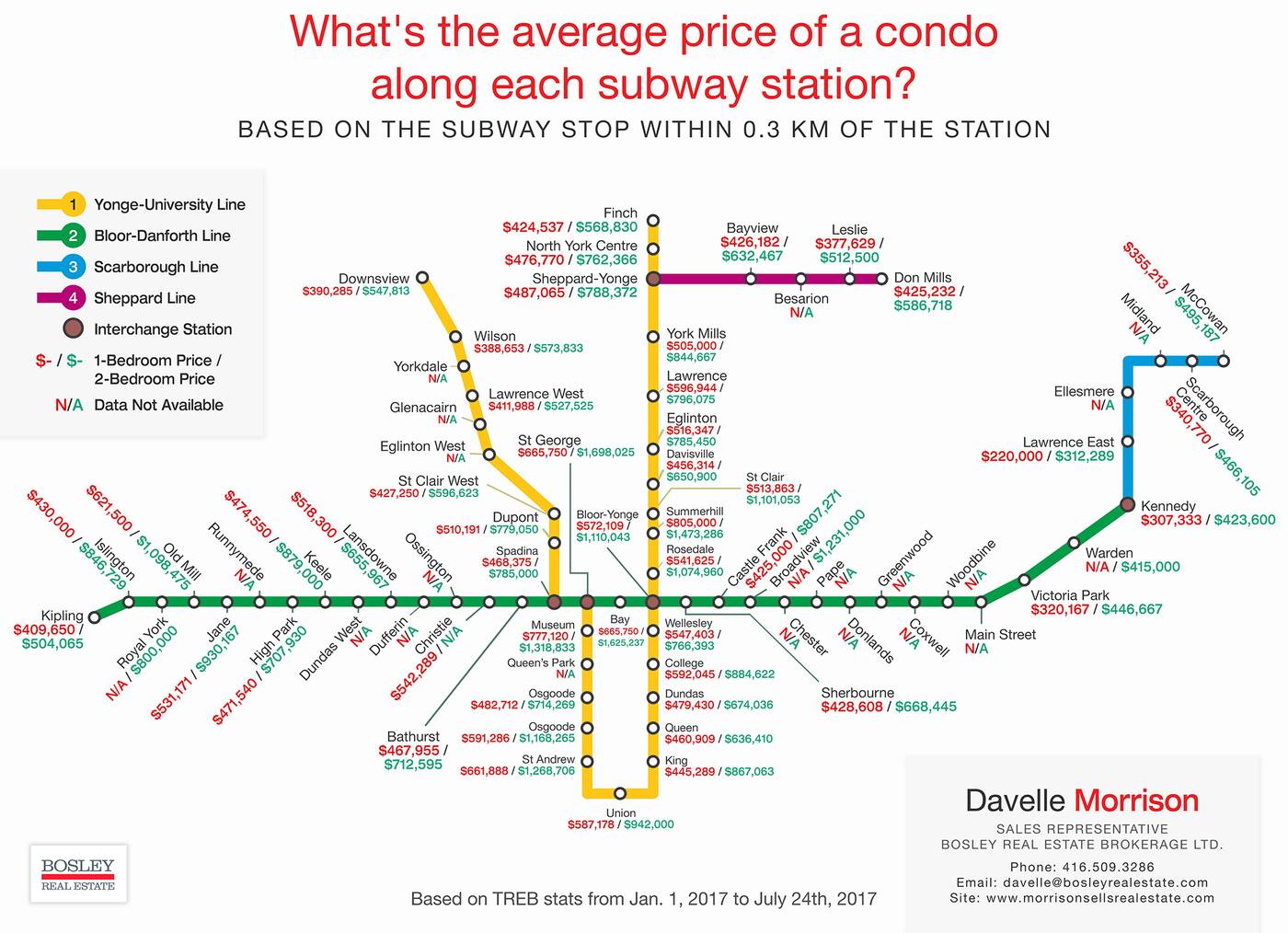 On the flip side, the most reasonable condo prices in Toronto can be found in less dense areas of the city like Scarborough and the eastern portion of North York, which includes stations like Wilson, Sheppard West, and Lawrence West.

Also interesting are the TTC stops that yield no data. The map charts condo prices within 0.3 kilometres of each station, which means that there are plenty of blank entries because there just aren't condos within the radius under examination.

When you think about it, that's kind of troubling in terms of Line 2. There are too many stations that lack the kind of density that urban planners laud as key to successful city building.