The dazzling new skybridge is up at the Eaton Centre

Toronto has a slick bit of new infrastructure to boast about after crews spent the weekend installing the helix-like sky bridge at the Eaton Centre. It won't be open to the public until fall, but it looks a lot better in place than it did being assembled on James Street beside Old City Hall. 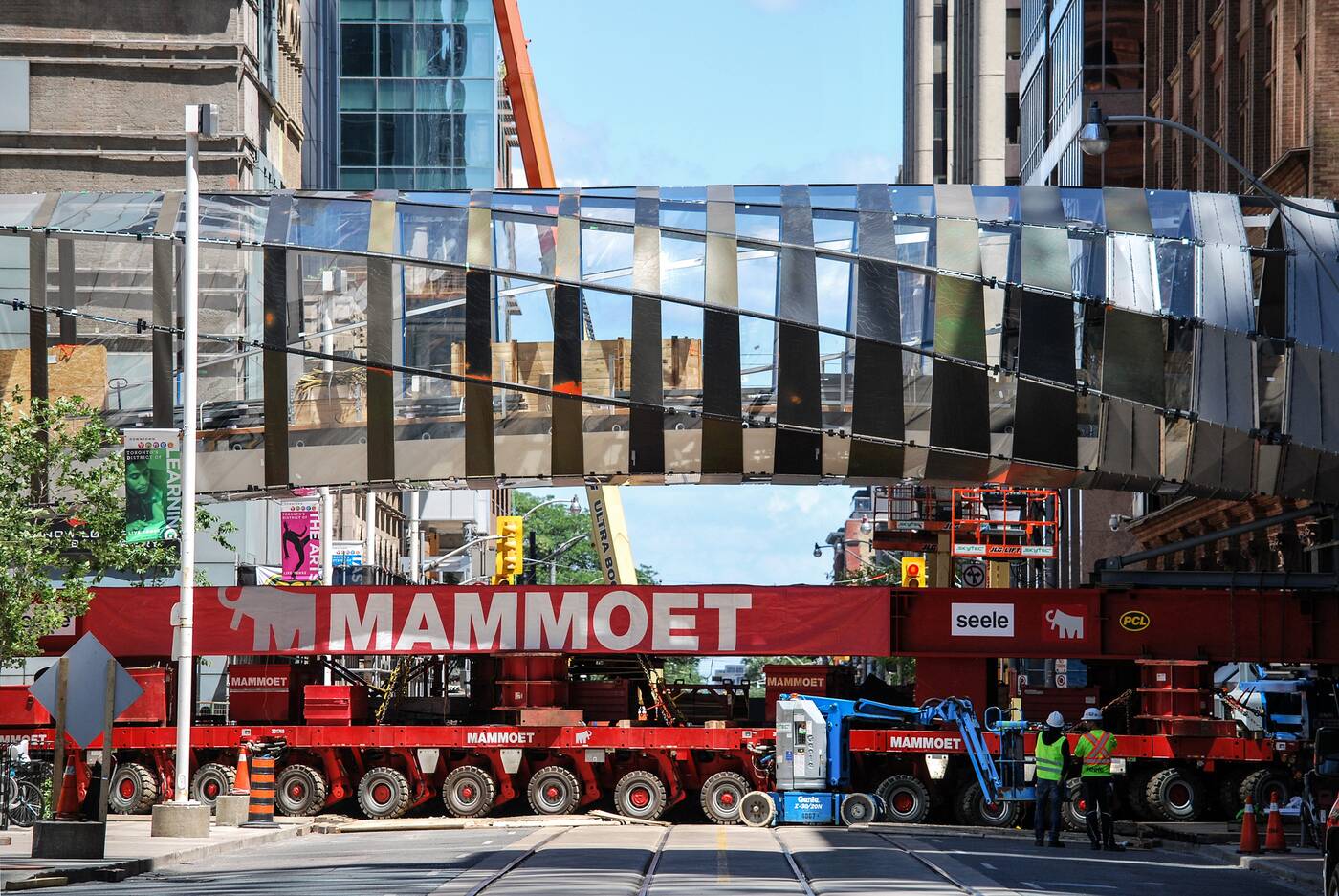 The hoist that was used to install the bridge. Photo by Marcus Mitanis.

A short stretch of Queen Street West was closed on the weekend to allow workers to transport the elaborate metal and glass structure to its place between the Eaton Centre and the Hudson's Bay Building, which is now home to Toronto's flagship Saks location. 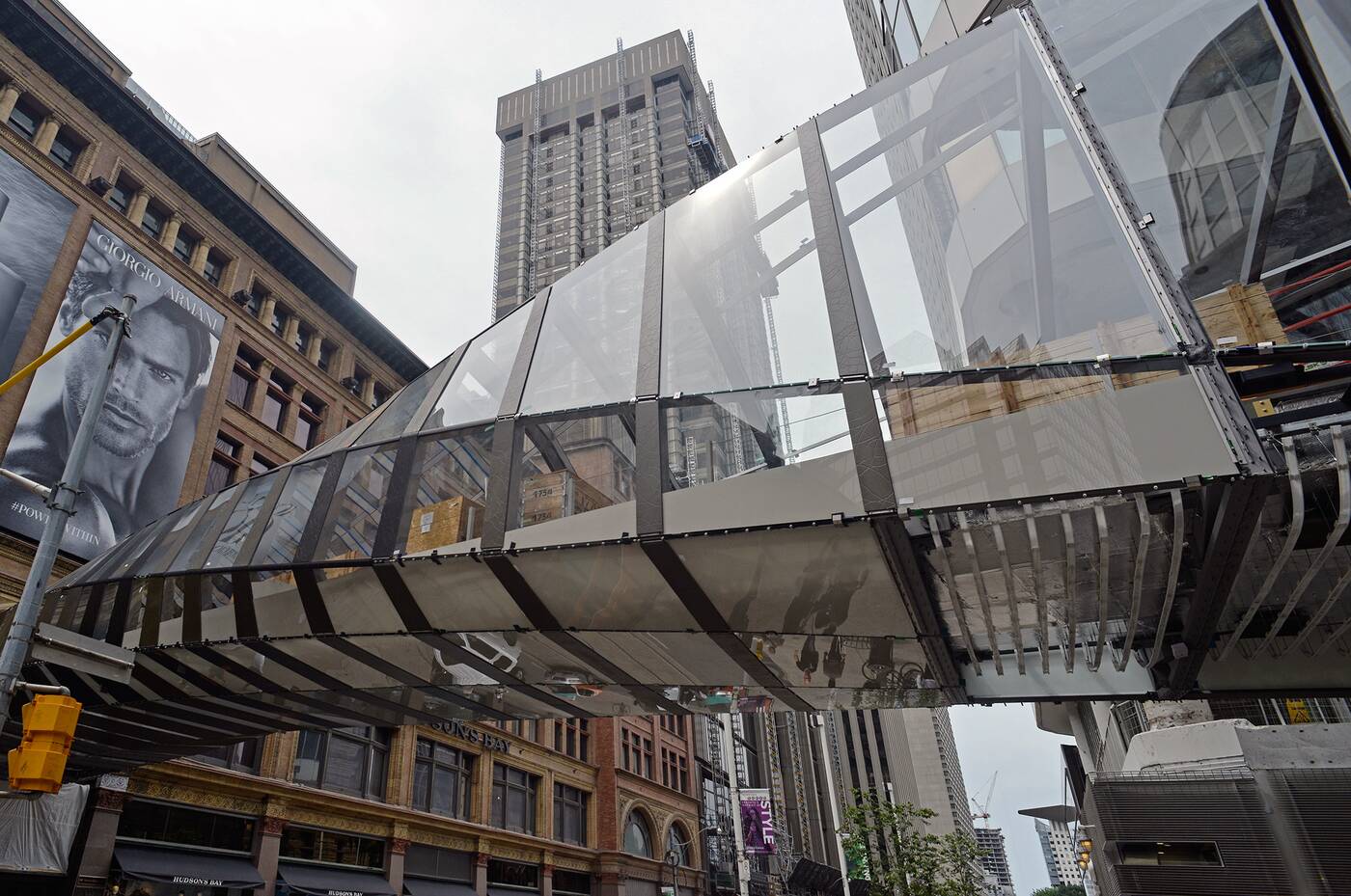 The reflective underbelly of the bridge adds a new perspective to a busy section of Queen St. Photo by Derek Flack.

The new bridge was hoisted up into place where the previous pedestrian passageway once stood. It was an elaborate and slow-going process, but the job was ultimately successful. 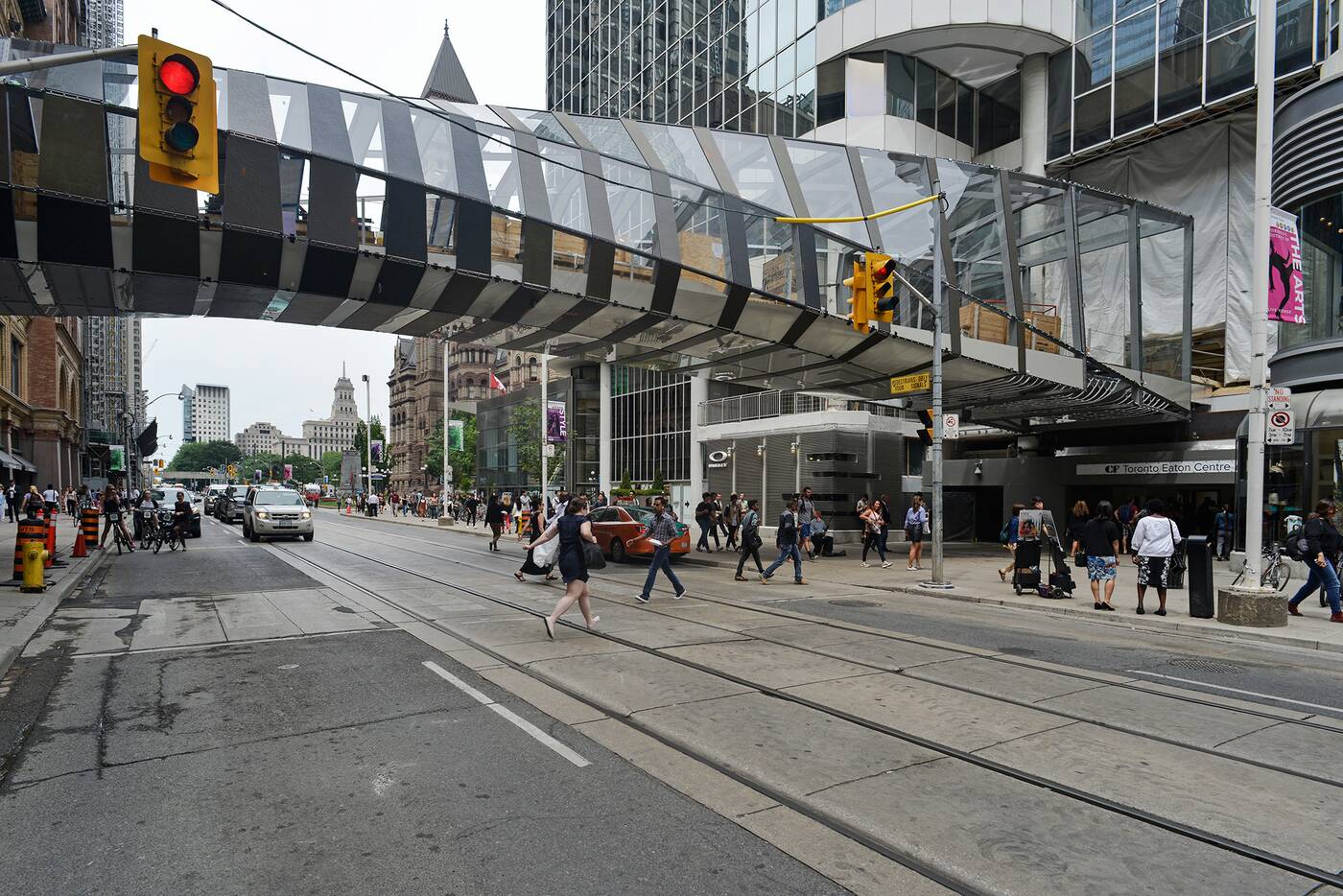 View of the bridge looking west. Photo by Derek Flack.

In a nice bit of historical continuity, principle architect WilkinsonEyre shared designed responsibilities with Zeidler Partnership, the firm that behind the first sky bridge between these two buildings. It was a popular structure that mirrored the glass roof of the Eaton Centre. 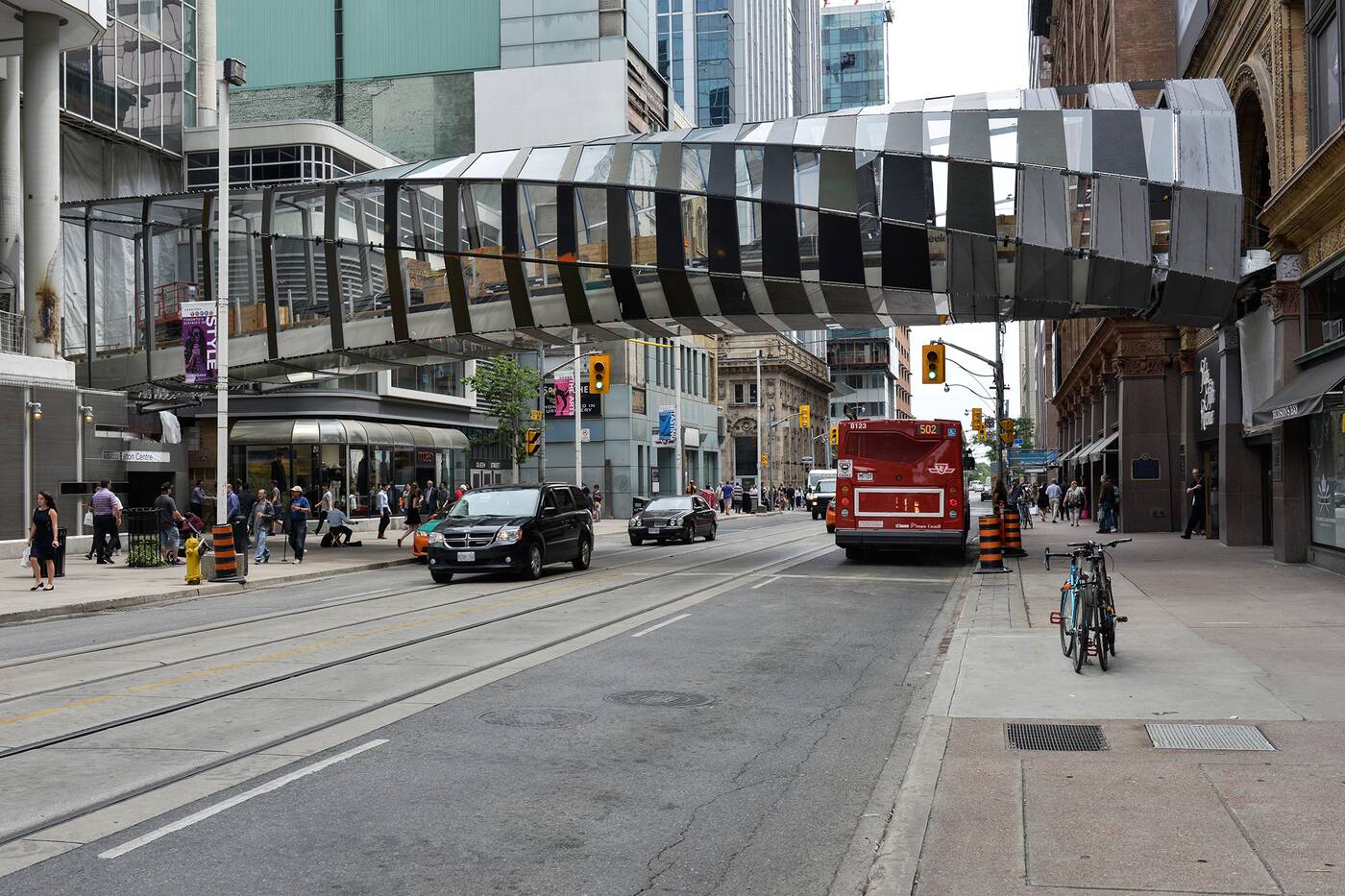 Looking eastward at the new bridge. Photo by Derek Flack.

It doesn't have much presence at night without lights, but the bridge certainly looks promising. There's a lot of work left to be done, including some touch-ups to the etched bronze exterior, but at least we'll be able to monitor the job through the glass windows.